Women Sculptors of Chicago – Not for Men Only: Janet Austin & Nicole Beck 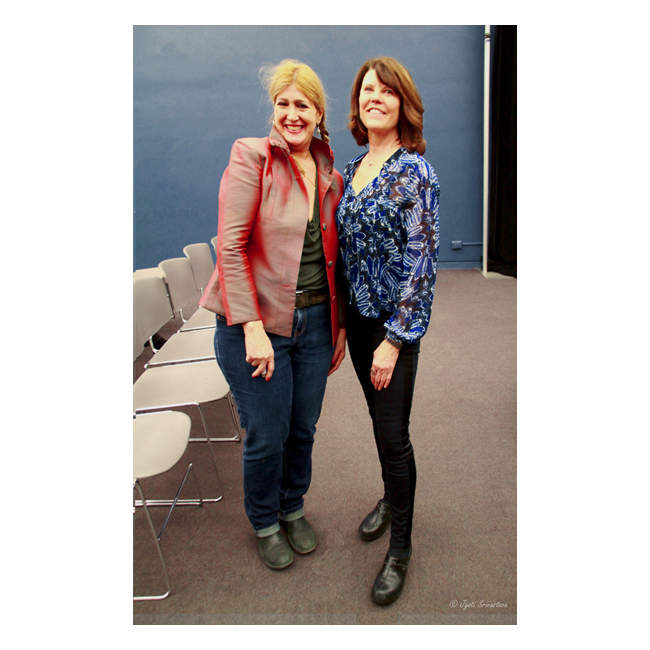 CSI Presents Lecture Series: Women Sculptors of Chicago – Not for Men Only

“Women Sculptors of Chicago – Not for Men Only” is a five part lecture series, spread over five months – from January trough May, 2016 – with one lecture each month. The lecture series is sponsored by Chicago Sculpture International [CSI] with funding from The City of Chicago Department of Cultural Affairs and Special Events [DCASE]. It  is presented by CSI’s Education Committee. The Committee’s mission is to share the professional sculptural expertise of its members in schools and organizations in need of exposure to public art. 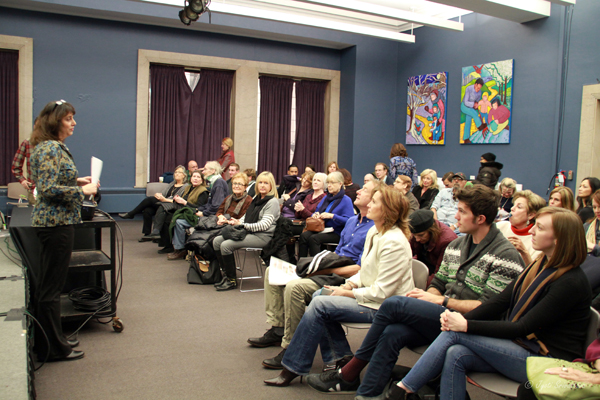 Jill King, the Education Chair for CSI, talks about CSI and introduces the artists. / Lecture Series: Women Sculptors of Chicago – Not for Men Only

Jill King, the Education Chair for CSI,  introduced the March 19th speakers Janet Austin and Nicole Beck.   Both these sculptors like working big! They both make site-specific public art. 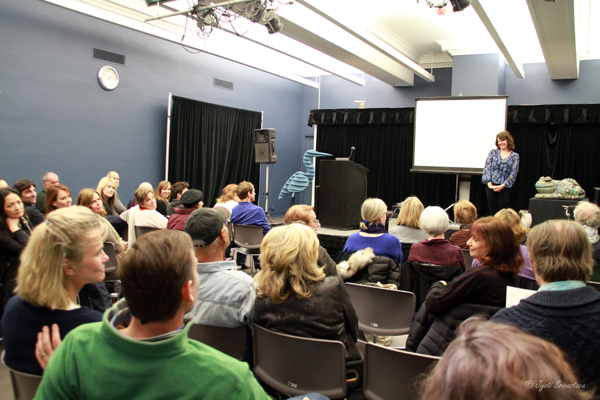 Janet Austin has worked on public art commissions throughout the US. Her work explores relationships and connections between humans and nature. She makes site-specific public art that includes murals, fences, paving, sculptures, benches and retaining walls. “Public, Site Specific Art is an interactive experience, providing the opportunity for people to connect with other visitors to the site through primary emotional responses.” She works with a diverse sculptural media – glass, mosaics, concrete, metal – bronze & steel, and LED lighting. “Today physical interaction with art is increasingly limited by the presence of digital technology. The primary focus of my public work, therefore, is to bring back the joy of making art by creating with one’s own hands.”

She was born and raised in Colorado with a love for the Colorado wilderness, which permeates in her art. Her work depicts prairie ecosystems, marine micro-organisms, water cycles and native flora and fauna. “My mission through art is to educate the public of ecological concerns that may not be widely publicized.”

Coming to the lecture,  Austin’s presentation included slideshow of her public art works : American Toad, Common Grackle, Wasp, Lacewing, Beetle, Gypsy Moth and Waterbird.  She discussed the process of making  a few of her recent works. Last year, her sculpture “Mr. Beetle Finds His Way” was exhibited at the Lincoln Park Zoo’s first ever sculpture show, “Nature in Motion”.  A very relevant piece of art for Chicago, as in past few years we’ve had to cut down hundreds of thousands of ash trees for being infested with this beetle Emerald Ash Borer. But the beetle is doing what he must do to survive, “He needs to eat and his babies need to eat.” The piece was made of welded steel, stainless steel, concrete with glass mosaics. This summer her “Waterbird” will be exhibited by the Chicago Sculpture Exhibit. The 4-foot tall maquette was on display. For the exhibition it will blown up to a 9-foot tall piece. She explains how she will leave the artist’s imprint on the piece. Austin is also working on a proposal of 14-foot tall fountain for Evanston, which is a sculptural pyramid of indigenous or endangered water creatures – dragonfly, blue heron and blanding’s turtle –  chosen for their relationship to Evanston, their attractiveness and their symbolism.

Here is an excerpt of her presentation… 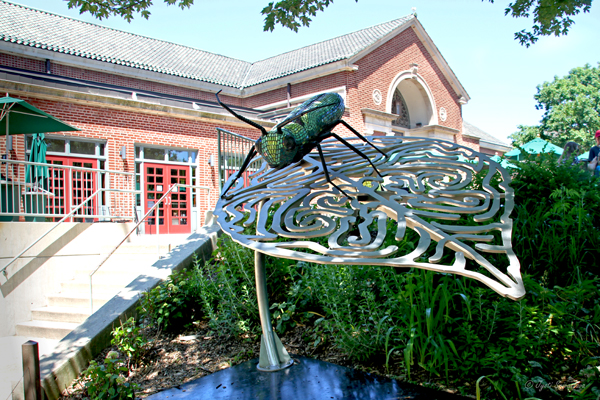 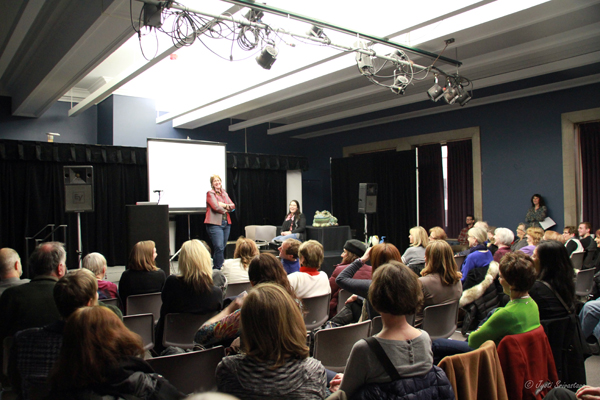 Nicole Beck is an sculptor, art-educator and public artist. She has been creating public artworks since 1996. Beck’s forte is large scale works and her particular ability to collaborate with all stakeholders and fabricators. Her works incorporate various materials: steel, LEDs, glass, granite, fiberglass and mosaic, often vibrant with color & light. Her installations are responsive to site and community, they are always unique and surprising. Her public commissions are on display throughout the US.

Coming to the Lecture series, she focused on two of her recent works: “Amplifiers” and “Spintonic”.

In 2014, Beck installed “Amplifiers,” a $250,000 site-specific installation for the world-renowned Dept. of Electrical and Computer Engineering [ECE] at the University of Illinois. It was a commission by Capital Development Board of Illinois Art-In-Architecture program. She did intensive research for the project, and became obsessed by one nascent idea which took the form of “Spintronic”. It became part of the 2015 Chicago Sculpture Exhibit and is installed it in Lincoln Park near LaSalle Drive. She also received a DCASE Grant from the City of Chicago to document this build, so Beck contracted Chicago-based Bon Bon Films to produce a video short to reveal her artistic process and ideas rooted in quantum physics.

Beck’s presentation included a documentary film-show on her sculpture “Spintronic”.  After which there was a talk with director of Bon Bon Films, Lori Bohner. The talk focused on the collaborative process of film-making and documenting public sculpture. The cinematographer and film editor Brian Kilborn, who was expected to participate, could not make it to for the presentation. The documentary film was very engrossing and showed the conception of the idea of Spintronic and the process of fabricating the sculpture.  The film will make its public debut next month at the Minneapolis Film Festival. This was the second film that Beck made with Bon Bon Films. The first was on Amplifiers, and can be seen here…. click here...

For anyone interest, Nicole Beck is on a lookout for metalworking interns for 2016. 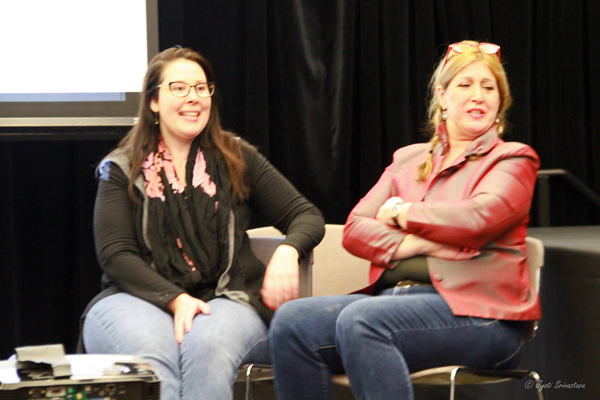 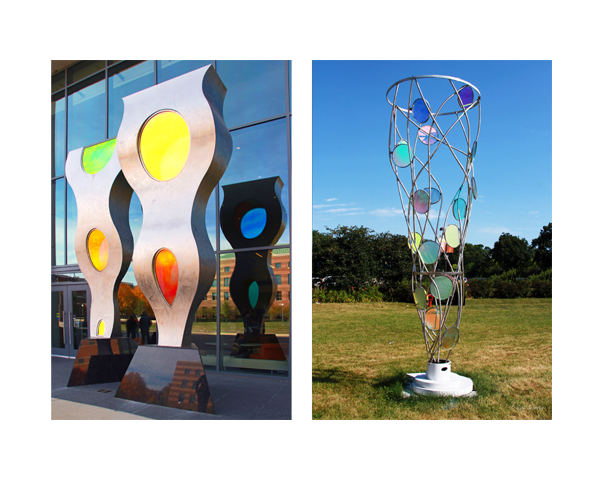 Both the lectures were very interesting, educating and engaging. If audience participation is a measure of how well the lectures were received, there were lots of follow-up questions by curious spectators. The artists were well prepared to answer any and all questions! An afternoon well spent!

Next round of Lecture series will be
presented by Suzanne Cohan-Lange with Sherry Antonini & Christine Rojek [Image below].
Date: April 9, 2016
Time: 1.00 pm – 3.00 pm
Location: Studio Theater, at the Chicago Cultural Center.

Jill King  and Karen Gubitz will participate in fifth and the final day of Lecture Series on May 21, 2016.

For more information on the lecture-series: “Women Sculptors of Chicago – Not for Men Only” click here.. 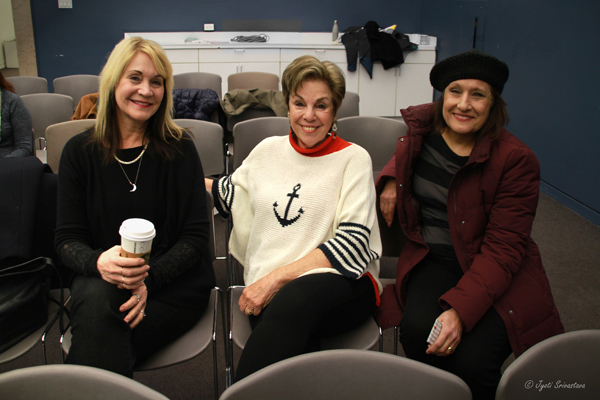 Next Round of Speakers on April 9, 2016: Sherry Antonini, Suzanne Cohan-Lange and Christine Rojek. 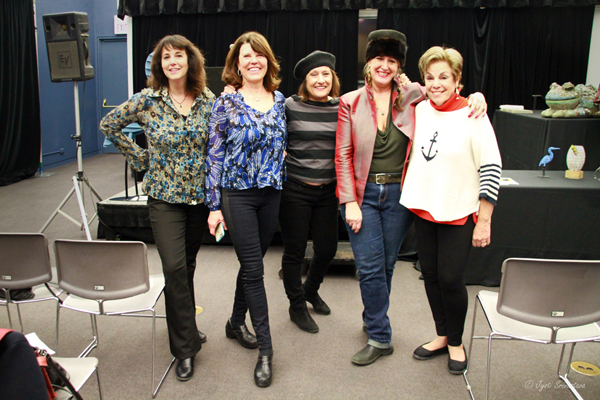 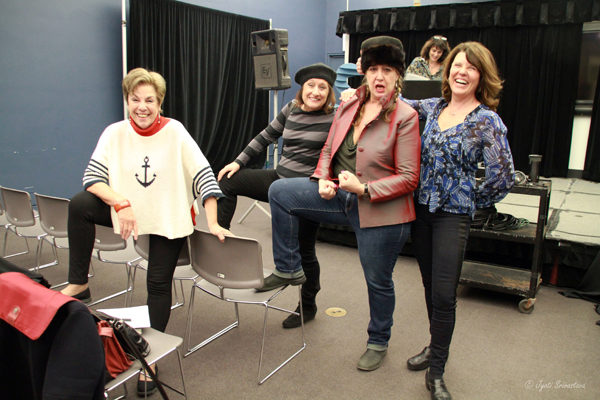 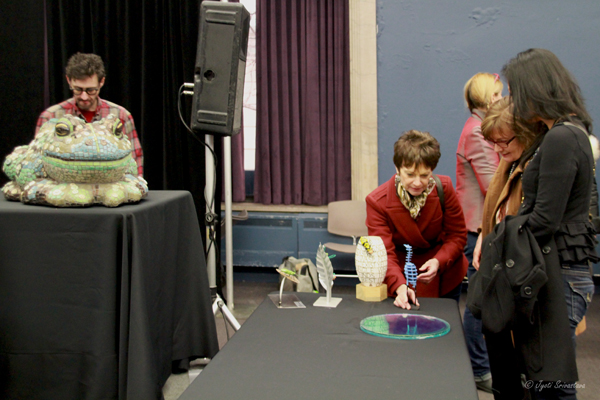 Exhibits at the presentation 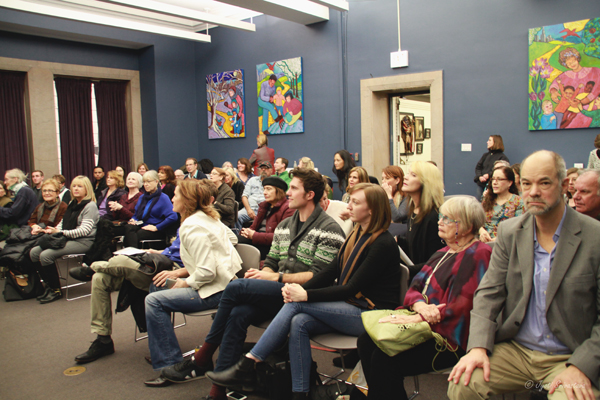 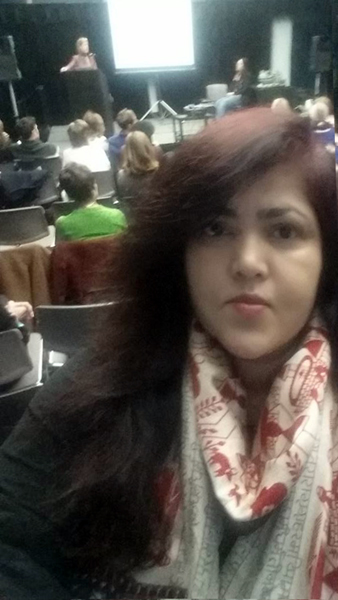 Selfie – cause I love selfies!