Vector Fabricating and The Art Scene of Chicago and Beyond 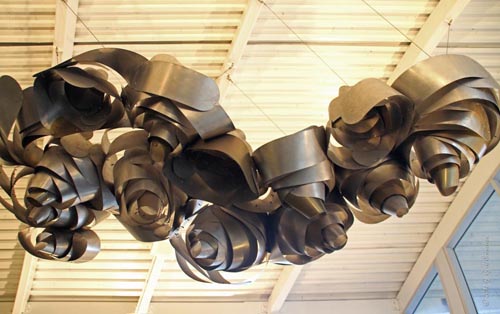 VECTOR FABRICATING and the ART SCENE

Exploring and Documenting Vector’s contributions in the Public Art domain mostly of Chicago, but also beyond

How it began?  Over the past few years I have been documenting Public Art in Chicago, and in the process have met with many sculptors of Chicago. Some of them are now my good friends and when talking to them about the fabrication of sculptures, a name kept coming up: VECTOR!  Few of my best friends in the  sculpture community , like Terry Karpowicz  [click here..],  Christine Rojek  [ click here..] and Ed McCullough [ click here..] would always mention the name Vector! So it was time to visit Vector. One day last year I visited their shop and met with the most talented and friendly group of people, who allowed me to look around and take whatever photos I wanted.  This year, I thought about documenting some of their contributions to the Art Scene of Chicago and Beyond.

Here are some of the themes, I would like to explore..

FABRICATED at VECTOR:  Make an image based documentation of sculptures, in which  Vector has been involved in some form or the other.  Usually there are many shops involved in the process of making of a sculpture. My focus will be at Vector and it’s role. Also, I will try to include sculptures which are renovated,  refurbished or maintained by Vector.

THE SHOP: Explore the functions and working of some of the machines at Vector.

THE TEAM:  People working behind the scene to make things happen!

EVENTS:     Documenting the Exhibitions,  Fire Carnivals or any such random activities..

THE PROCESS OF FABRICATION:   Documenting the entire process of creation of at least one sculpture. Looks like it will be Terry Karpowicz’s new commission, a metal Lotus.