Terrence Karpowicz: The Art of Joinery 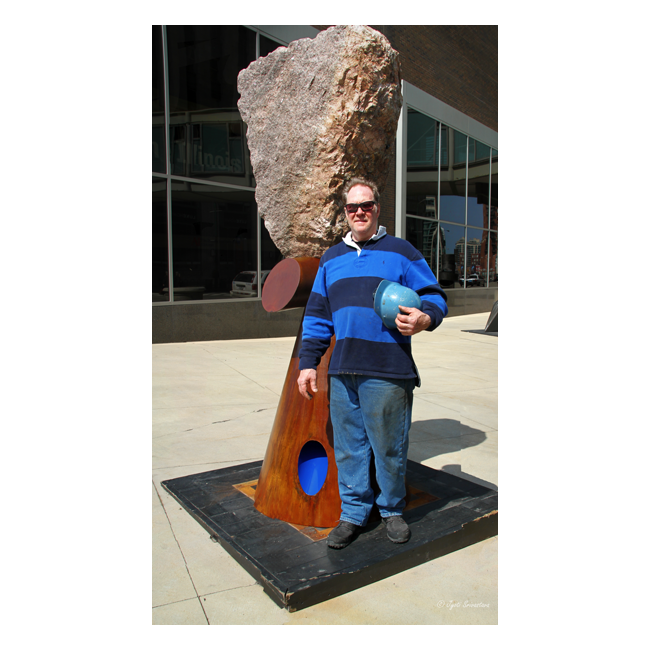 Terrence Karpowicz: The Art of Joinery

The Art of joining conflicting materials – wood, metal and stone – into harmonious shapes and designs!

Terrence Karpowicz is a Chicago-based sculptor whose artwork range in scale from monumental to table top and in materials from wood and stone to metals. His sculptures can be seen scattered all over the city and throughout the country in public and private collections.

But before I elaborate on his art of joinery, here is a brief introduction of the artist…

Terrence Karpowicz was born and raised in Cleveland, Ohio. He received his B.A. in fine arts from Albion College, MI. He was awarded a Fulbright-Hayes Fellowship to the United Kingdom, serving as Scholar to the Wind and Watermill Section of the Society for the Protection of Ancient Buildings. Upon completing his fellowship, Terrence moved to Chicago to establish a sculpture studio and continue his career. Since then, he has received two NEA awards, grants from the Illinois Arts Council, and numerous public and private commissions. Karpowicz has received several commissions for public sculpture from the State of Illinois and his work has been commissioned by the city, state, and federal government to be placed in their public collections. 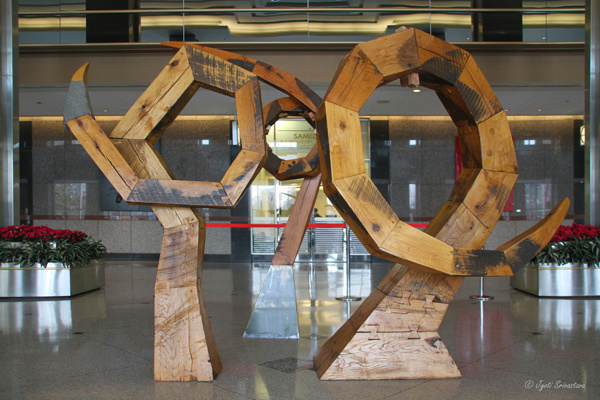 What Goes Around Comes Around – by Terrence Karpowicz

What Goes Around Comes Around – by Terrence Karpowicz

As mentioned earlier, Karpowicz specializes in the “art of joinery”.  Joinery is a part of woodworking that involves joining together pieces of timber or lumber, to produce more complex designs. Seamless joinery is one of the hallmarks of a true craftsman.

But Karpowicz joins incompatible materials – like metal, stone and wood – to work in complete harmony, making aesthetically pleasing shapes and forms of sculptures.

Joining materials with conflicting characteristics requires deep knowledge of the nature of the materials. For example stone, metal and wood would expand and contract differently in summer and winter. So integrating them together requires intimate knowledge of the properties and a very special skill set! He is especially drawn to the interactions of wind, water, sunlight, and gravity on natural materials.

Karpowicz’s  art of joining of incompatible materials,  finds a parallel in his life. A tragic accident that changed his life forever, and found expression in his art of joinery.

In 1975 Karpowicz was awarded a Fulbright-Hayes Fellowship to the United Kingdom, serving as Scholar to the Wind and Watermill Section of the Society for the Protection of Ancient Buildings, to study the technical and mechanical aspects of the country’s medieval wind and watermills.  After being awarded the Fulbright, and less than a year after starting his research in England, tragedy struck. Karpowicz was in a motorcycle accident and had to have his right leg amputated. He got fitted with prosthetic limb. “I was 27 when the accident happened. Once those things happened, I started to rediscover my life as an amputee.” He continued to make sculptures, at first on a smaller scale, but then he continued to enlarge the size of his sculptures. His own experience with prosthetic legs, how metal works with his body, inspired him to pursue the technique of “joinery”, where he joins conflicting materials – metals, stone and wood – to produce beautiful work of art, which are enduring in nature.

Karpowicz story is one of converting personal tragedy into creative art. 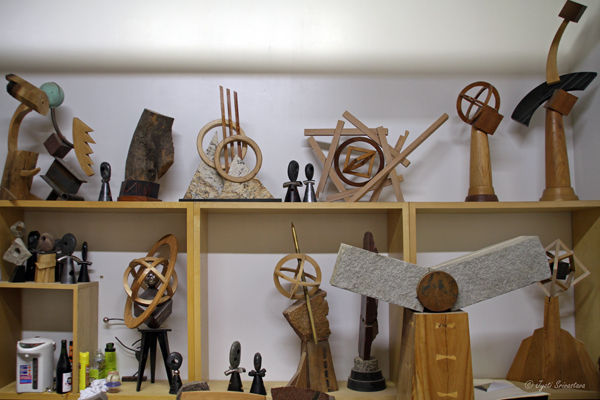 Above image taken at Karpowicz studio,  is just a small sample of many such small scale sculptures which reflects his art of joinery. Each of these beautiful table top sculptures,  has the potential of being made into a large scale piece of art! I was very interested in finding sculptures where stone metal and wood were joined together. I did find a few.. 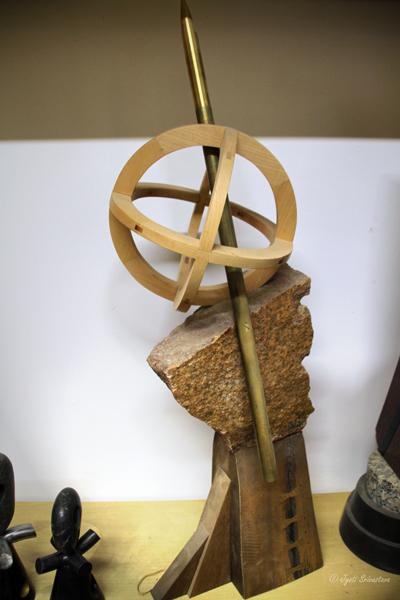 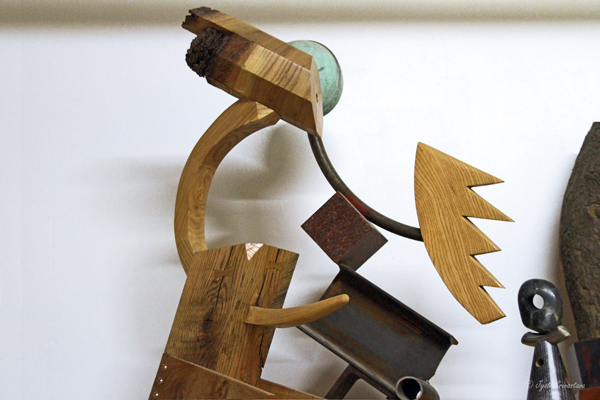 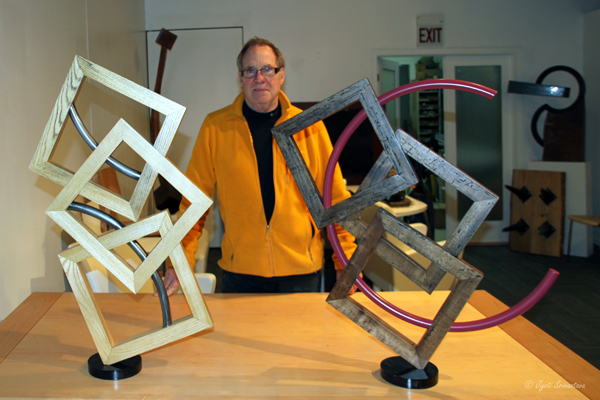 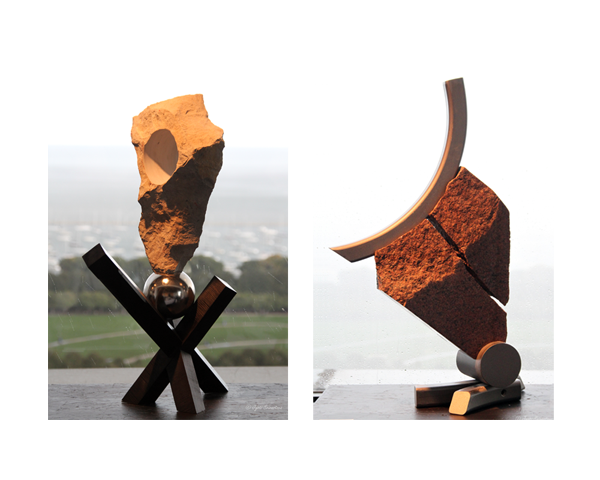 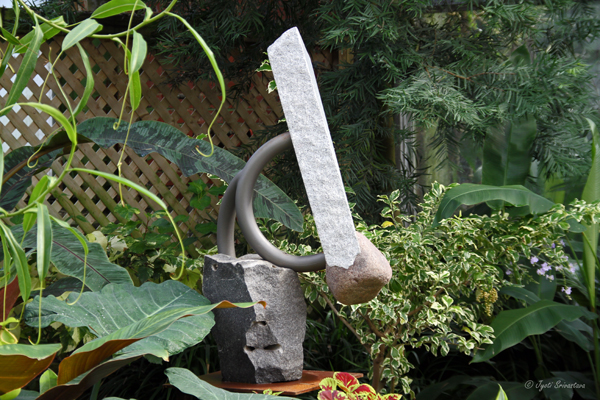 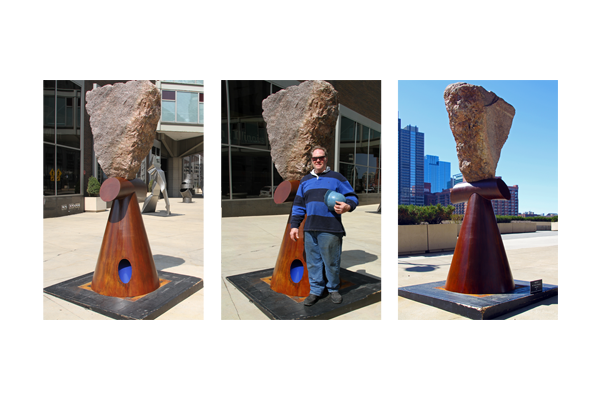 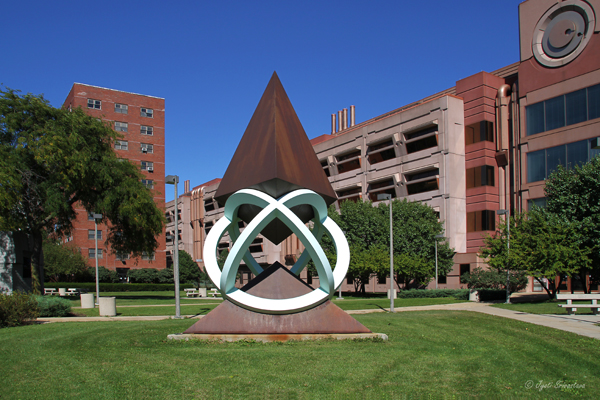 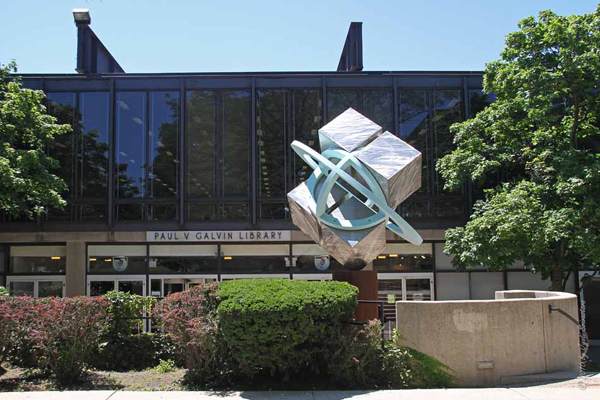 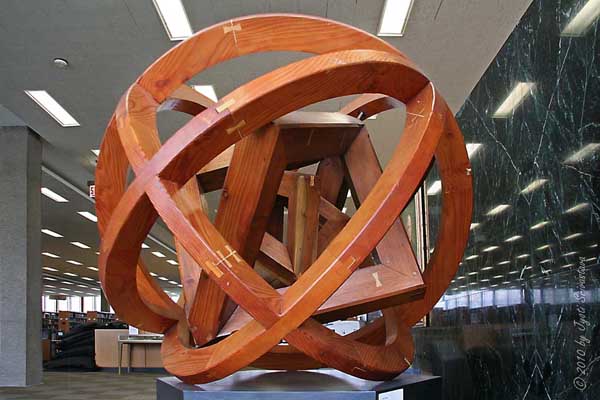 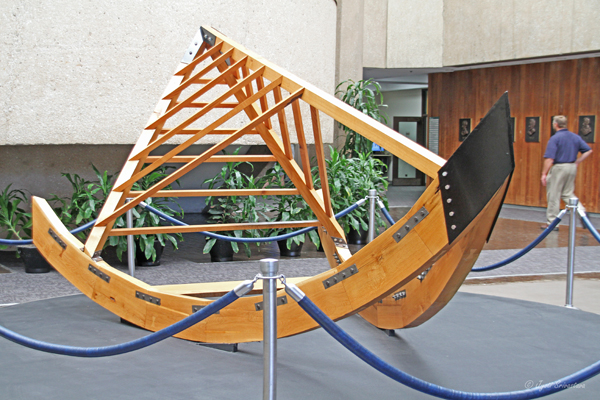 3 Comments to “Terrence Karpowicz: The Art of Joinery”