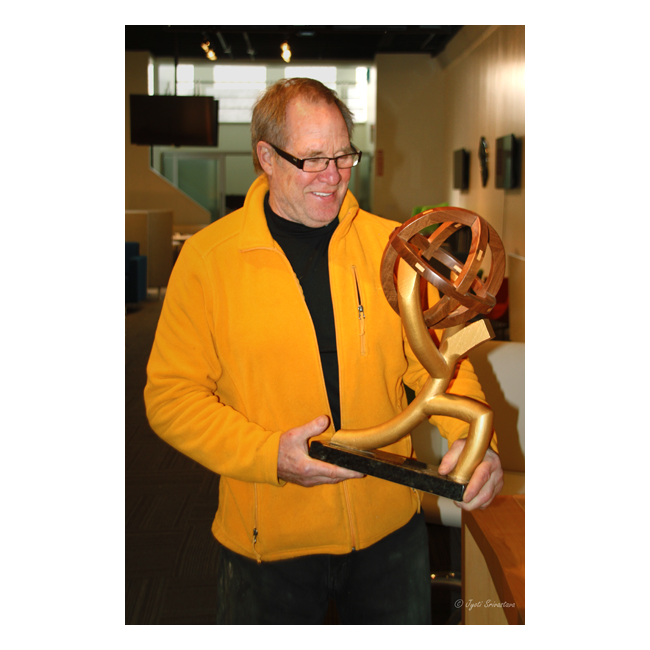 Among Terrence Karpowicz’s rich and diverse oeuvre of work are his lesser known figurative sculptures and its spin-off the “Athlete Series.” Human figure have always been a subject for sculpture, and have always inspired artists, even though the style and techniques have been constantly changing. Karpowicz figures are made from industrial materials, like pipes and tubes. He configures them into different shapes to form various movements – sprinting, skating, striking, bowing, fishing, dancing, tango.. or just a leap of faith. My favorite is “Finish”. Only a creative mind can transform some industrial pipes into a golden girl who just completed the marathon finish line!  Karpowicz figures show movement, energy and grace!   His Athlete series sculptures like  “Let’s Go” ,  “Leap of Faith”, and “Finish” are delightfully inspiring,  whereas some of his other figurative sculptures are playfully comical, like figure with arms raised over head! 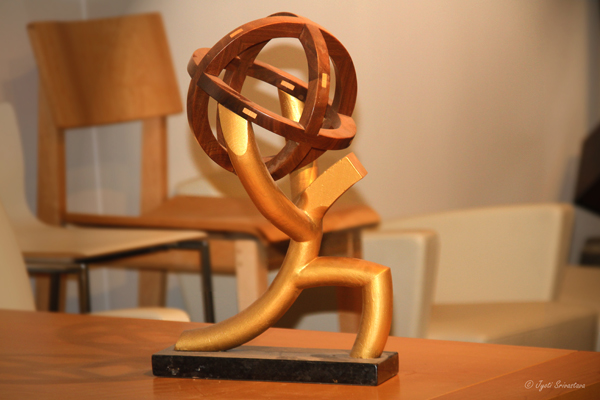 Karpowicz impeccable craftsmanship is a hallmark of all his work. The industrial pipes and tubes he uses to make his figures are finished so neatly that cease to be metals and just symbolize the action, or the movement they are portraying! He frequently combines wood and stone to metals to enliven the piece. In the words of Jim Fuher..  As playful as they are, the larger Athletes are still sections of steel tubes that must be bend and worked into precise curves, set into proportion just so, welded together, their seams ground smooth, leaving nothing to distract from the sustained projection of action and athletic activity. In this though the Athlete form a distinct family in Terry’s work, they depart in no way from the attention to material integrity that is constant in his artist production.

This post is a continuation of earlier post..click here.. 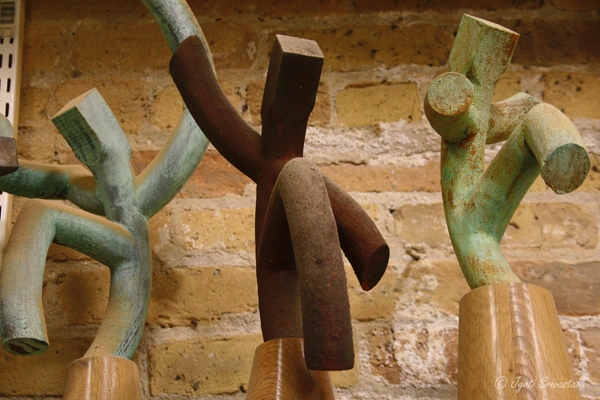 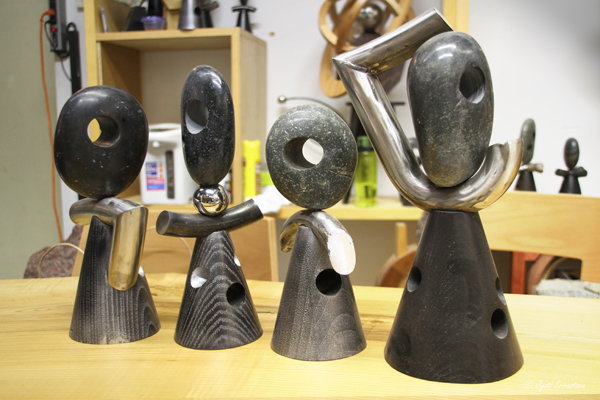 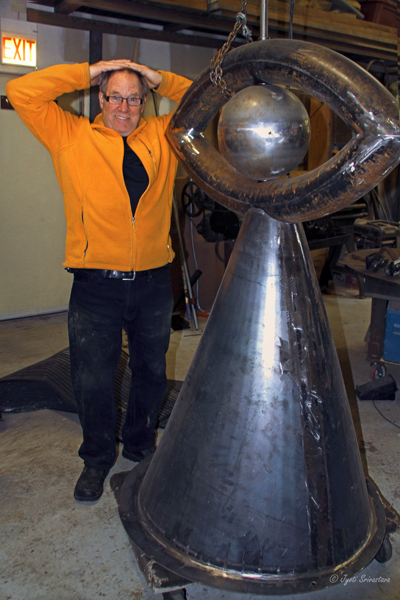 In this small less than a minute video, I am reminding Terry, why I have special affinity with the Althete series.. 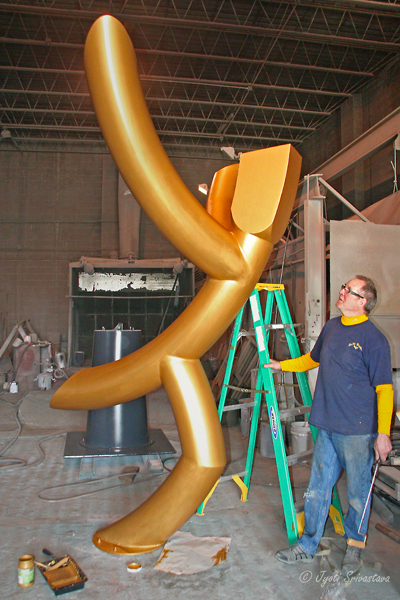 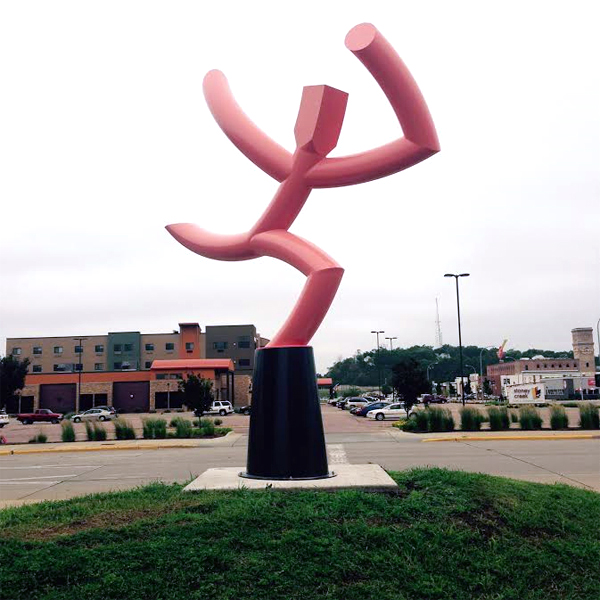 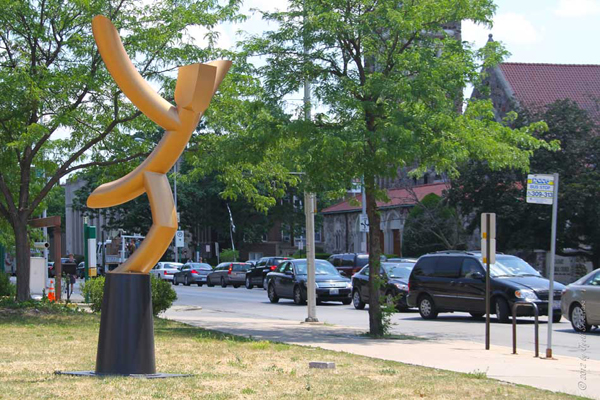 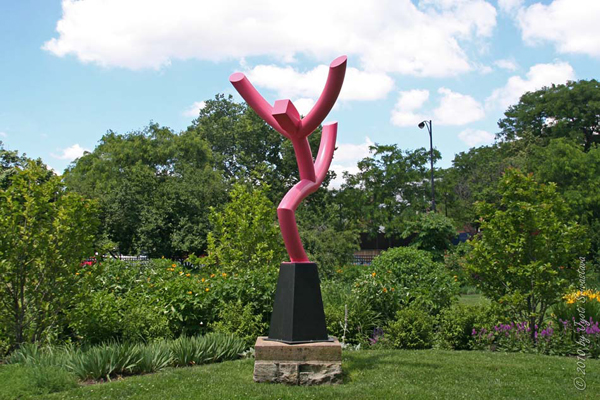 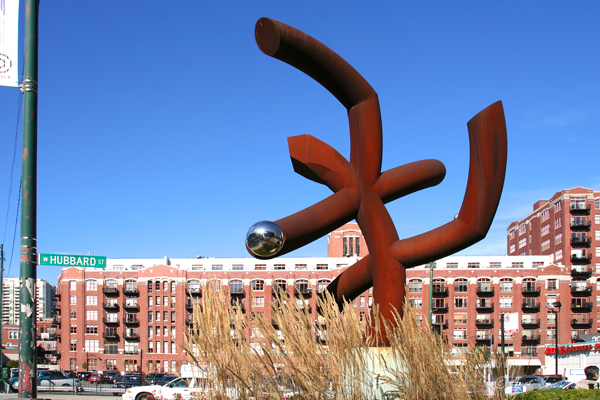 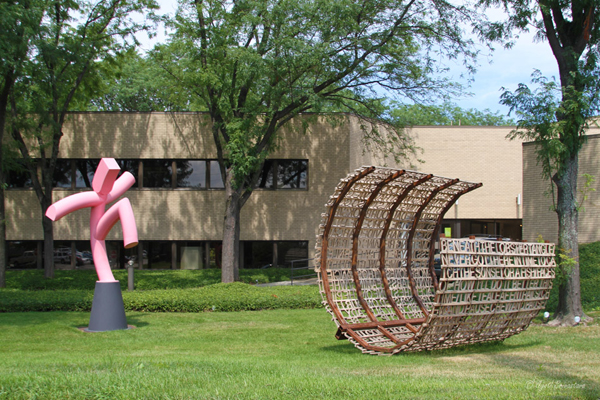