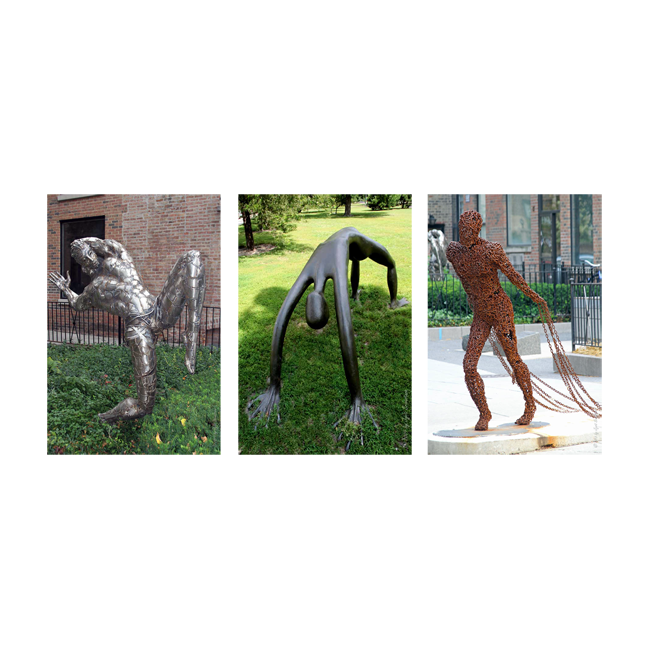 Above Image: Renaissance Man by Boban Ilic, Bridge by Jennifer Dickson, and Boundless by Boyan Marinov.

From CSE Official website .. click here..
The Chicago Sculpture Exhibit (CSE) is an Illinois not-for-profit corporation. CSE was founded in 2001 by then-Alderman Vi Daley as Lakefront Sculpture Exhibit. The Lincoln Park Community Art Initiative was created to beautify the Lincoln Park neighborhood in a new way. The first show was mounted in 2002 with eight sculptures that were on display from May through October. The show continued to grow every year and has earned many accolades. In 2008, the show nearly doubled when Alderman Tom Tunney brought the Lakeview neighborhoods into the show. Following the 10 year Anniversary of the show, additional neighborhoods joined and the name was changed to reflect a growing interest in sculpture throughout the city, Chicago Sculpture Exhibit.

CSE issues a “Call for Artists” each year and a jury selects new artwork for placement in the spring. Selected artists are awarded a stipend in return for a one-year display of their artwork. A kickoff party is held after the installations are complete with additional events taking place periodically throughout the year.

The Chicago Sculpture Exhibit is an Illinois 501(c)(3) not-for-profit corporation. CSE is funded by charitable contributions from the private sector. The CSE mission is to bring art to the neighborhoods. The hope is that you will encounter art while going about your daily life; walking to the dry cleaners or the farmer’s market, out for a run/walk, or visiting a local restaurant. All of the works are available for purchase at the conclusion of the exhibit. Donations of all sizes are welcome. Join the CSE community today and help promote public art.

CSE has the most complete, meticulously maintained website, with complete documentation of all the exhibitions. I have seen a few of them. Here are images of some of the sculptures I have seen, that have been bought by CSE..

All images are copyright © Jyoti Srivastava. Please do not use any image without written permission. 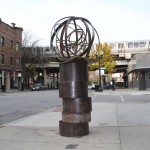 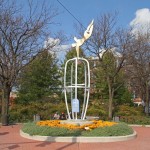 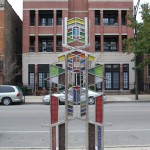 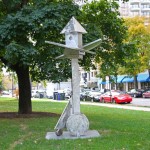 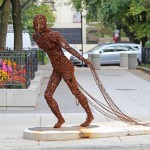 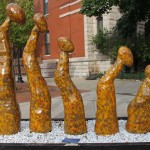 2011: Getting Older while Standing in Line – by Wilfredo Velez Jr. 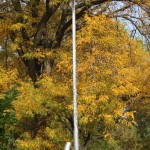 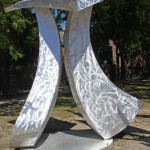 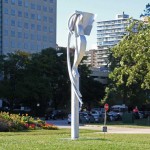 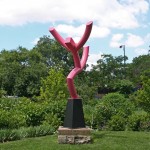 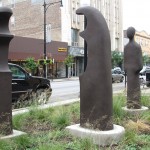 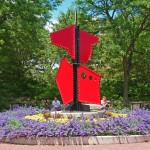 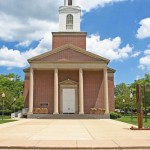 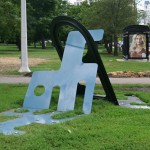 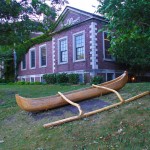 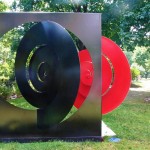 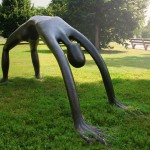 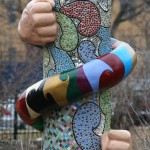 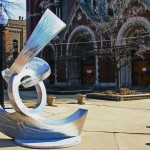 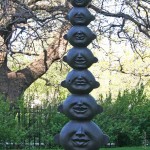 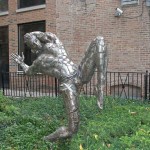