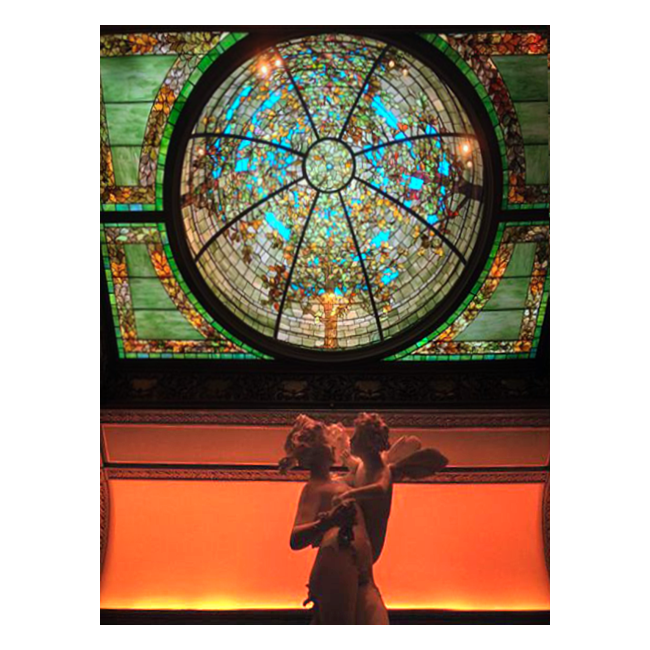 The house was originally built in 1883 as residence of a wealthy Chicago distillery and banking magnate named Samuel Mayo Nickerson. The limestone and sandstone townhouse was built at the cost of $450,000. It was then the top price ever paid for a Chicago residence.

On June 8, 2008, The Driehaus Museum at Nickerson mansion was opened to the public. 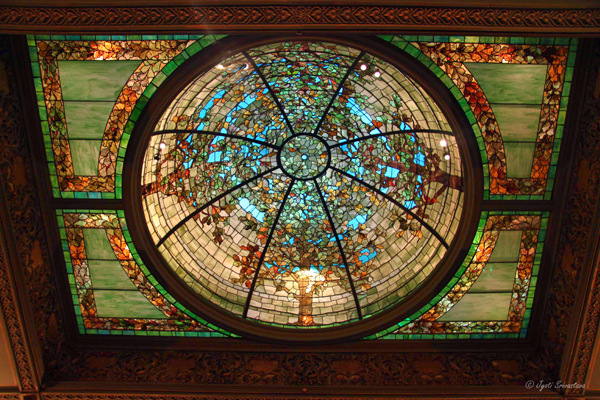 As noted above, in 1900, Lucius George Fisher purchases the Nickerson mansion.
From the Nickerson mansion website..
The most dramatic intervention to the interior of the Nickerson House was made during the Fisher period of occupancy. In 1900–1901, Lucius Fisher engaged architect George Washington Maher (1864–1926) to redesign the Nickerson Art Gallery at the northwest corner of the main floor. Fisher re-envisioned the space as a Trophy Room to display his collection of game animals, weaponry, and rare books. The crowning achievement of Maher’s new decorative scheme was the installation of a striking stained glass dome that replaced the original Nickerson period clear glass skylight.

The stained glass dome design depicts four trees, the trunks of which arch towards the oculus of the dome, while their leaves, rendered in autumnal colored drapery glass, form a canopy against a turquoise sky. Each lay-light panel features a central area of green and white striated glass, framed by a band of drapery glass leaves, in turn framed by a border of emerald green drapery glass.

Renovation: During the summer of 2004, Botti Studio of Architectural Arts of Evanston, Illinois, conducted an extensive assessment of the dome. Upon inspection the stained glass dome and perimeter lay-light surround were found to be in a state of failure. Poorly conceived restoration attempts by previous owners of the house had added to the deteriorated condition of the structure. In fall 2004 the contract for the restoration of the Fisher dome was awarded to Botti Studio. 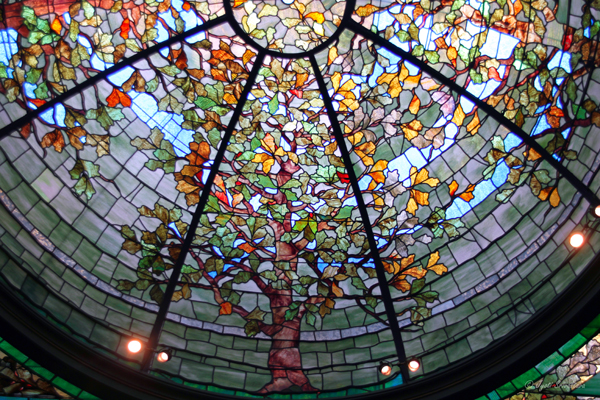 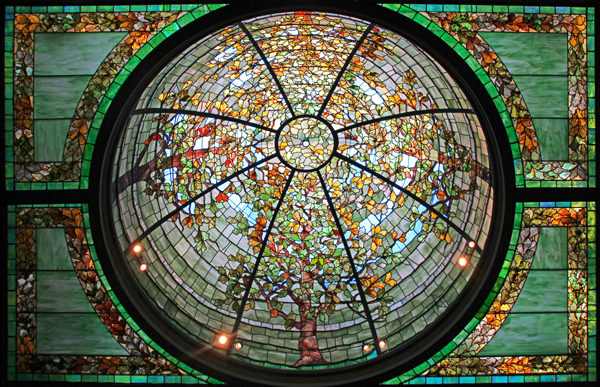 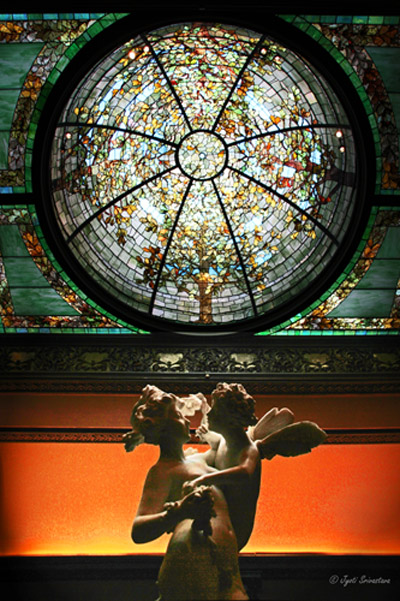