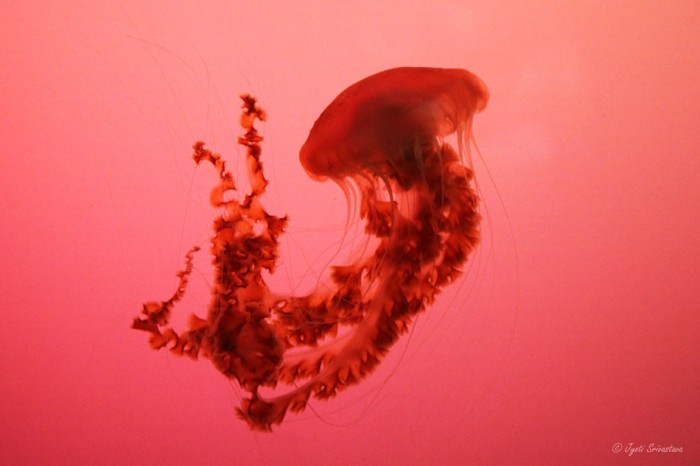 Black sea nettle [Chrysaora achlyos]
Size: This is one of the largest jelly species. Its bell can be more than 3 feet in diameter, and its tentacles can be more than 20 feet long.
Habitat: Deep, calm waters of the northeast Pacific Ocean, from southern California to Mexico
Fun Fact: New to Shedd, this jelly is also new to science. Secretive and seldom seen, it was only described and named as a new species in 1997. The black sea nettle is the largest new invertebrate species identified in the 20th century.