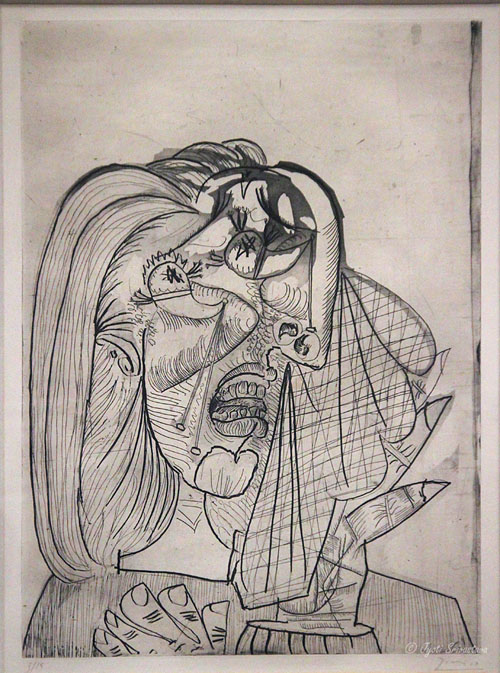 This print is one of the many from the series of Weeping Woman portraits Picasso made in 1937. These have become universal symbol of agony. Picasso experts claim that the origin to this series lies in Picasso’s painting  “Guernica”.  The completion of “Guernica” did not end Picasso’s involvement with the subject of agonizing grief. From June to December of 1937, he undertook a series of painting, drawing and printing, known as the Weeping Woman, in which he focused and elaborated on the tormented woman depicted in Guernica.

The Guernica is a grey, black and white mural,  by Picasso. The purpose of the painting was to bring the world’s attention to the bombing of the Basque town of  Guernica by German bombers, who were supporting the Nationalist forces of General Franco during the Spanish Civil War. The painting was completed  in 1937. But its completion did end Picasso’s involvement with the painting.  For months afterwards he made subsidiary paintings based on one of the figures in the mural: the woman on the far left, who screams up at the sky while cradling the body of her dead son.

The model for this painting and the entire series of Weeping Woman was Dora Maar, Picasso’s mistress from 1936 until 1944.  She was the only photographer allowed to document the successive stages of Guernica while Picasso painted it in 1937.

“For me she’s the weeping woman. For years I’ve painted her in tortured forms, not through sadism, and not with pleasure, either; just obeying a vision that forced itself on me. It was the deep reality, not the superficial one”.

“Dora, for me, was always a weeping woman….And it’s important, because women are suffering machines“. 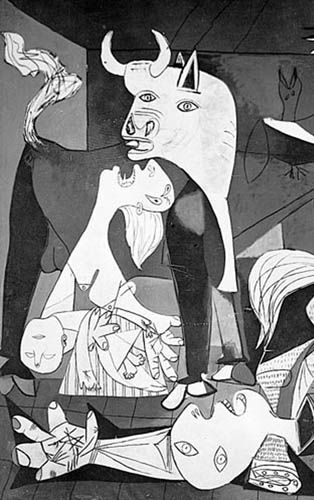 The four prints depicted below were part of the exhibition, Picasso and Chicago, at AIC.

It’s important to point out the Picasso made many more prints, painting drawing on the theme.
The last and the most elaborate of the Weeping Woman series is at Tate, London.. click here.. 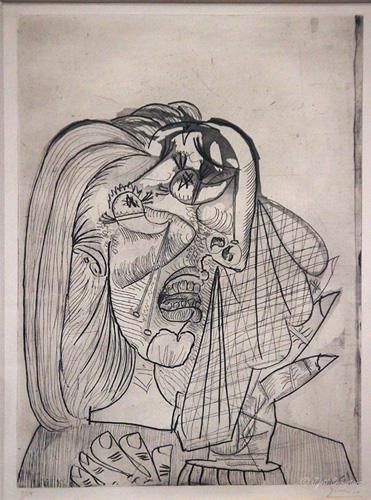 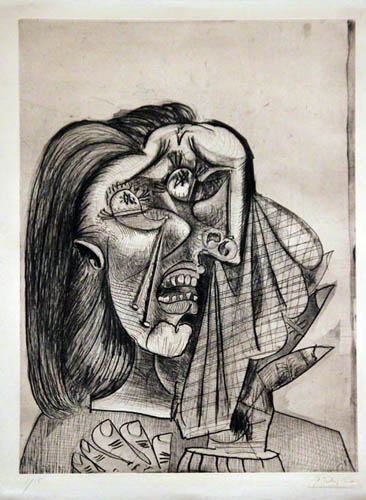 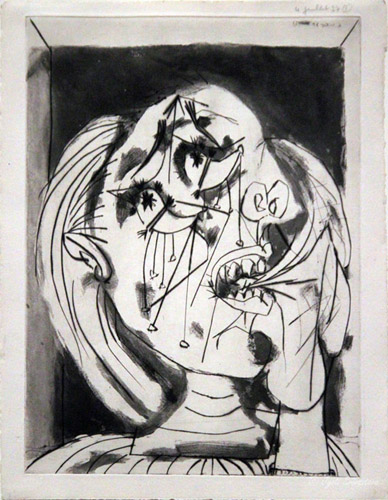 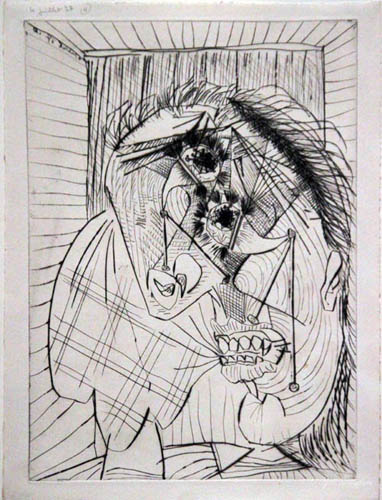