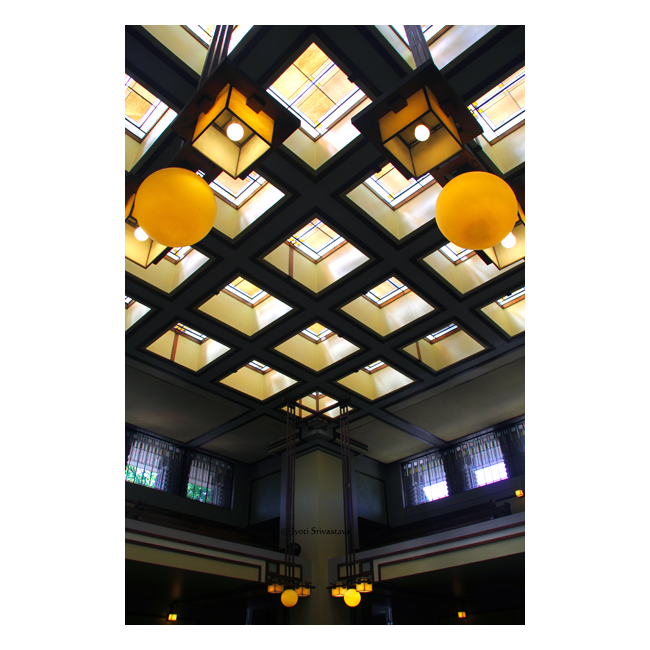 The Unitarian Universalist congregation that owns and worships in Unity Temple was formed in 1871, and has no connection with Unity Church, a religious organization founded in 1889. 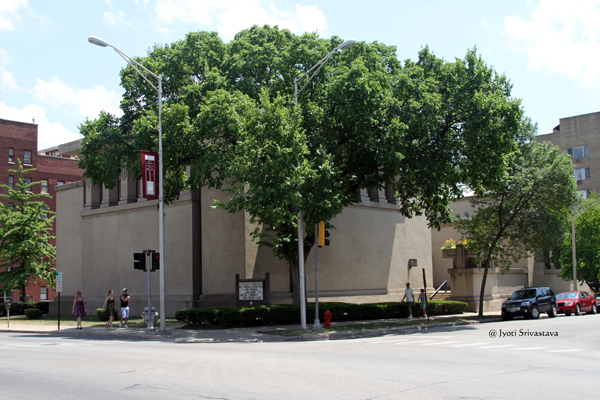 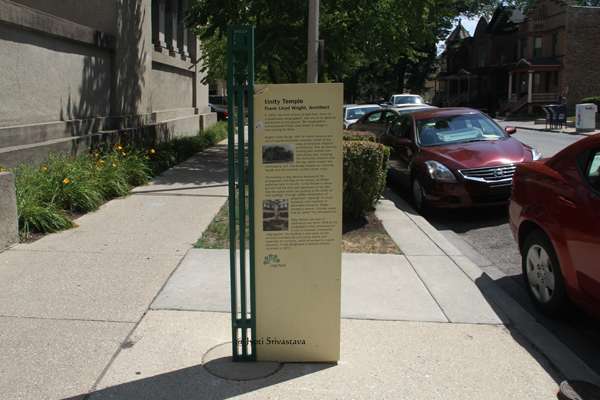 In 1905, the Unity Church of Oak Park, home of Universalist congregation, was struck by lightning and burned to ground. The congregation commissioned Frank Llyod Wright to design a new building for them. The result was Unity Temple. Wright was not only living in Oak Park, but also came from a family of Unitarians – which faith then had many beliefs in common with Universalism.

There were several immediate problems that the architect had to work with in order to satisfy the client. The budget for the Universalist congregation was rather small, only about $40,000 US dollars. The proposed building site was long, but not very wide. Additionally, the building site stood on a busy street. The architect was expected to design not only the structure, but also furniture and stained glass for the building. And the congregation needed a space of worship as well as a community room.

Limited by a modest budget and an urban site, Wright created a bold revolutionary design. The building has cubist features, and with no steeple and no front entrance. Wright broke all rules of American religious architecture with the use unconventional materials – poured-in-place reinforced concrete – to produce one of his most significant accomplishments. This all-concrete building was entirely cast here at this site, including the distinctive columns near the top, which supports the overhanging roof. The design creates an imposing facade and the concrete muffles street noise. Unity Temple was perhaps the first house of worship to be built entirely of poured in place, exposed concrete.

To accommodate the needs of the congregation, Wright designed two separate high, sky lit spaces — one for worship, Unity Temple; and one for the congregation’s social gatherings, Unity House. The Unity Temple and Unity House are connected by a low, central entry foyer that could be approached from either side. This was an efficient use of space and kept down on noise between the two main gathering areas: those coming for religious services would be separated via the loggia [entrance hall] from those coming for community events.

The building is also famous for the arrangement and flow of the interior. He removed all street level windows and instead allowed natural light to fill the space from the stained glass in the roof and clerestories. Because the members of the parish would not be able to look outside, Unity Temple’s stained glass was designed with green, yellow, and brown tones in order to evoke the colors of nature. He also designed the space with varying seat levels that would fit the congregation and place no one more than 40 feet from the pulpit. As Wright explained later in his life, “Unity Temple is where you will find the first real expression of my idea that the space within the building is the reality of that building”. Through subtle manipulation of proportions, “layering” of visual surfaces, and repetition of decorative elements, Wright created a serene, intimate space that he called, “My little Jewel Box.”

Late in his career, Wright remarked: “Unity Temple makes an entirely new architecture — and is the first expression of it. That is my contribution to modern architecture.”

Unity Temple is considered by many architects to be the first modern building in the world. This idea became of central importance to the modern architects who followed Wright, such as Mies Van Der Rohe, and even the post-modernists, such as Frank Gehry.

Unity was designated a National Historic Landmark in 1971.

Unity Temple has been in continuous use since 1908, by the congregation that commissioned it, now a Unitarian Universalist congregation. The building is also used as the architect intended for community events and especially for concerts, which showcase its superb acoustics. 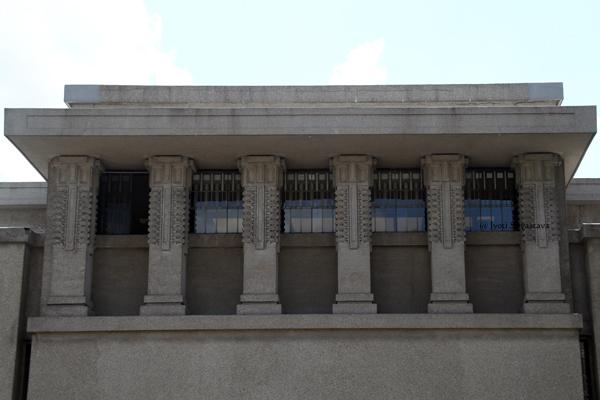 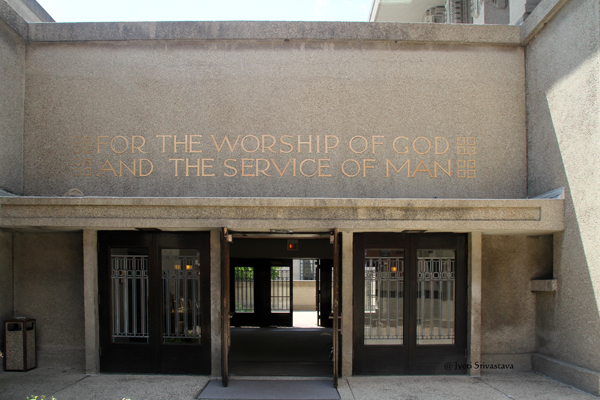 As mentioned earlier, Wright designed two separate sky-lit spaces: One for worship, Unity Temple, and one for the congregation’s social gatherings, Unity House. The Unity Temple and Unity House are connected by a low, central entry foyer that could be approached from either side. This was an efficient use of space and kept down on noise between the two main gathering areas: those coming for religious services would be separated via the loggia [entrance hall] from those coming for community events. 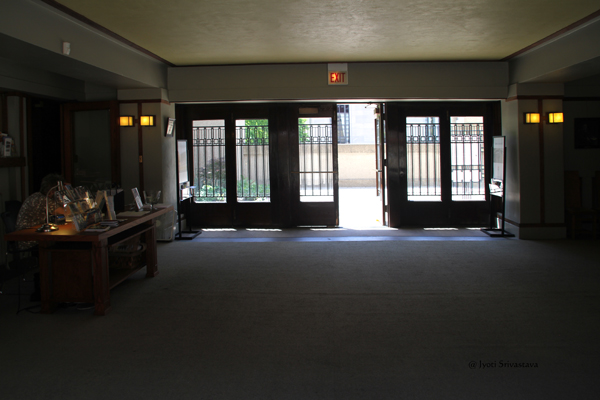 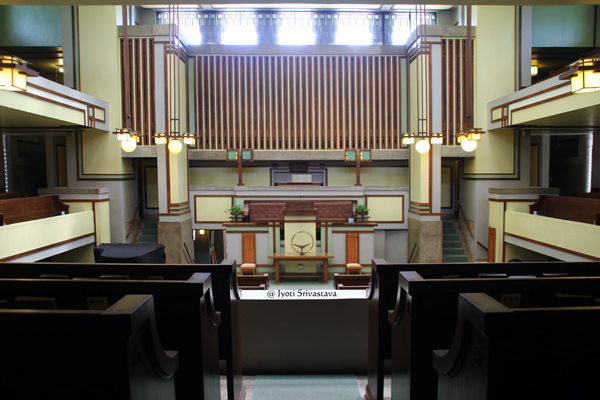 The Unity Temple is a cubic room which can seats approximately 400 people. Wright designed the temple with varying seat levels so that no one more than 40 feet from the pulpit. Everyone in the room can share an intimate relation to the pulpit. There are balconies on three sides that create the intimacy for both the spoken word and for musical performances. 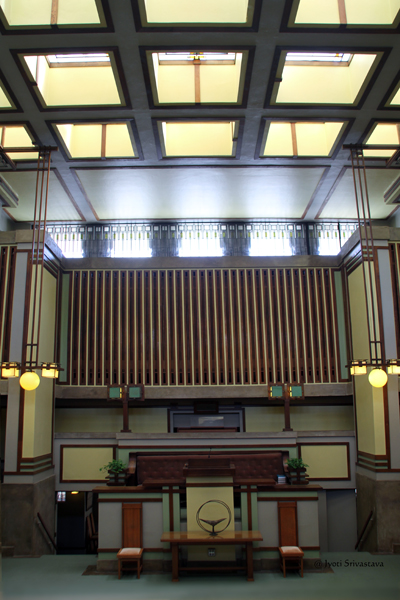 Pulpit – Behind the lectern, the oak grille conceals the organ pipes. 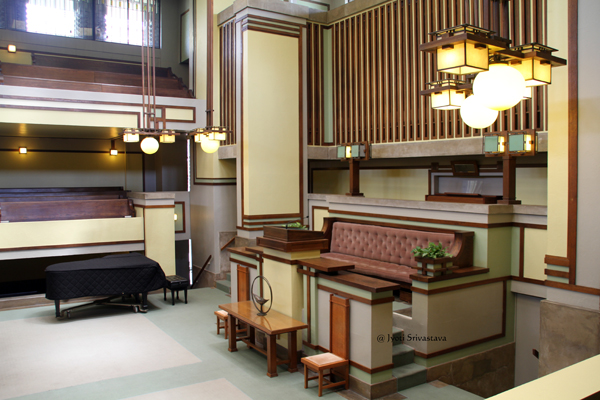 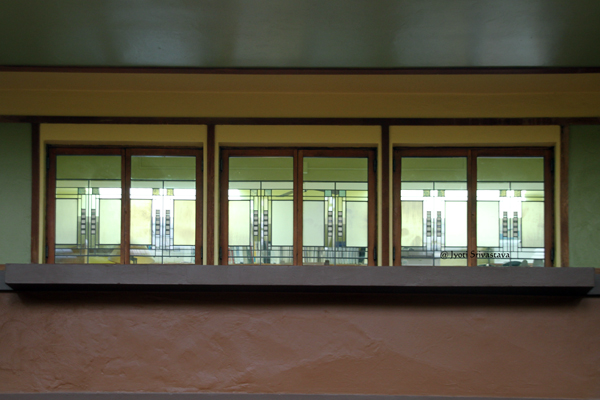 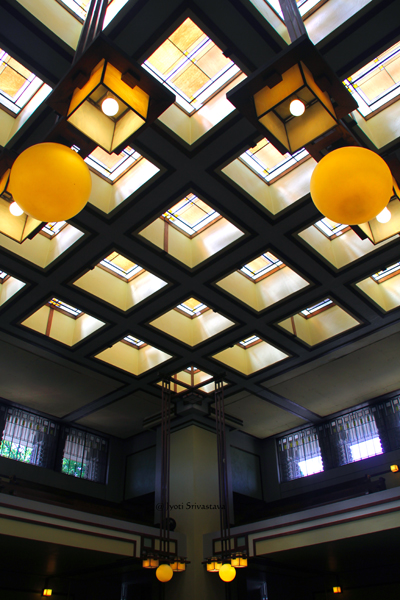 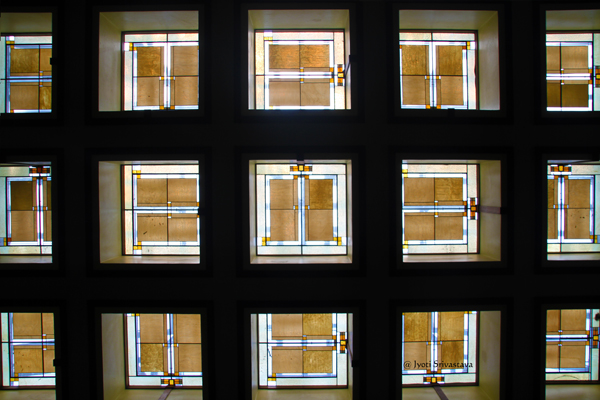 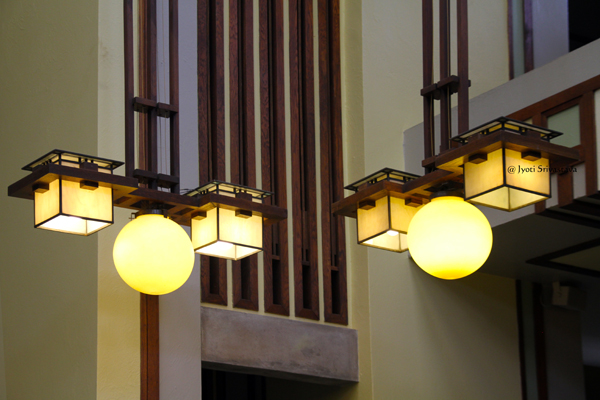 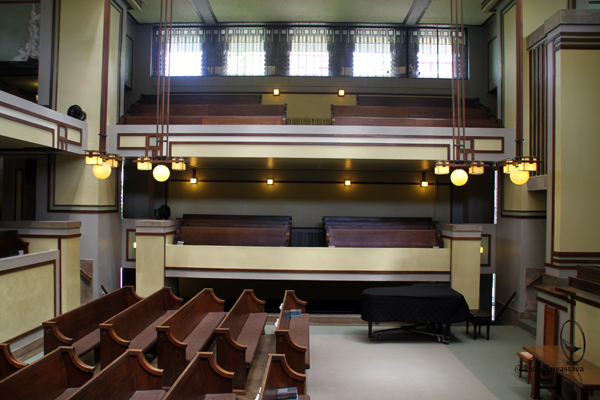 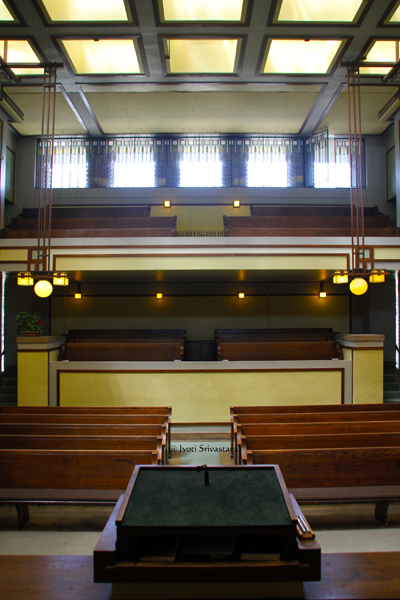 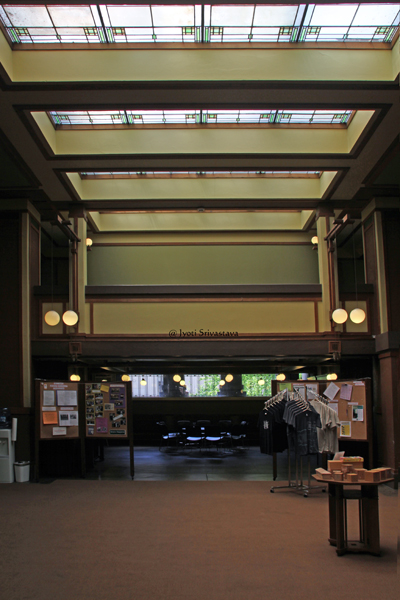 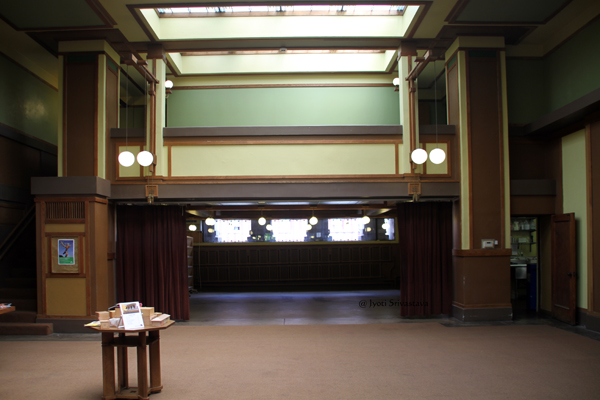 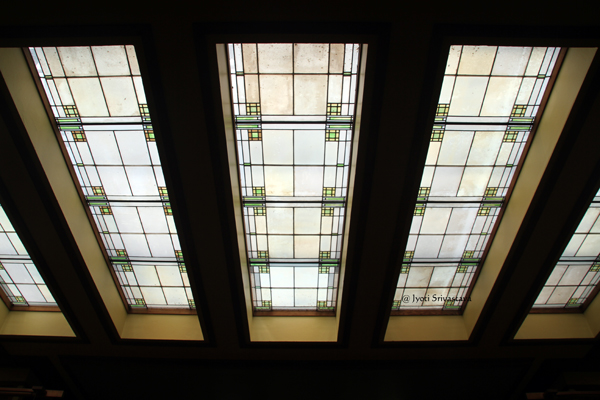 This post is based on my trip to the Unity temple in June 2012. The temple has been temporarily closed for renovation works and will reopen in early 2017.

Over the years, the Unity Temple’s concrete structure and interior finishes have suffered extensive water damage and surface cracking. A comprehensive restoration master plan was developed from 2000 to 2006 to address the complete restoration of Unity Temple. The Temple was closed to the public May 30, 2015. It would reopen in early 2017.