Near North: The Pioneer Court 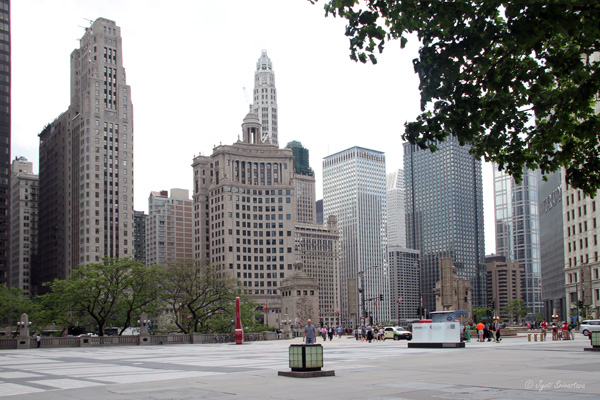 The Pioneer Court is a small plaza located near the junction of the Chicago River and Upper Michigan Avenue in Chicago’s Magnificent Mile. It was developed cooperatively by the Chicago Tribune and the Equitable Life Assurance Society of the United States in commemoration of the pioneers who contributed to Chicago`s birth, growth and greatness. 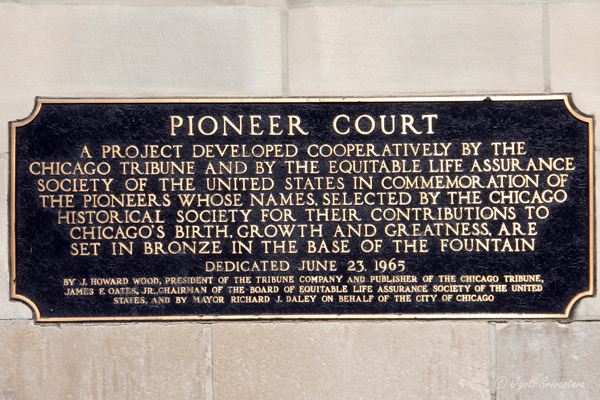 Pioneer Court
A project developed cooperatively by the Chicago Tribune and by the Equitable Life Assurance Society of the United States in commemoration of the pioneers whose names, selected by the Chicago Historical Society for the contributions of Chicago’s growth and greatness, are set in bronze in the base of the fountain..
Dedicated June 23, 1965.

Some highlights of Pioneer Courts

Pioneer Court is a site for temporary art installations 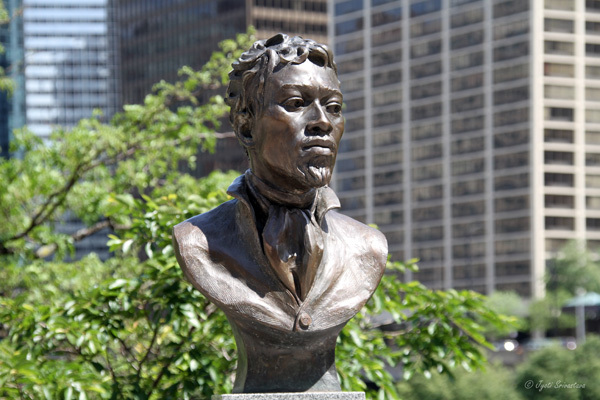 Jean Baptiste Pointe du Sable [1745 -1818], popularly known as “The Father of Chicago”, was the first known settler in the area which is now Chicago, Illinois. Du Sable was recognized by the State of Illinois and the City of Chicago as the “Founder of Chicago”, on October 26, 1968. 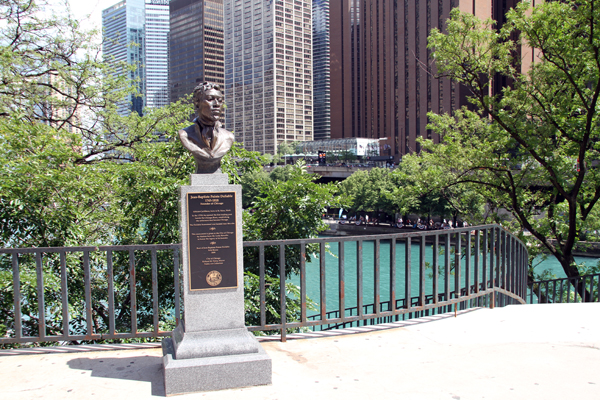 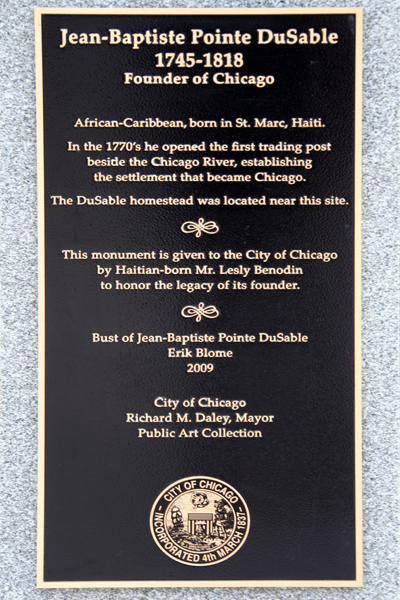 Jean Baptiste Pointe DuSable [1745-1818] / Founder of Chicago / African-Caribbean, born in St.Mare, Haiti / In the 1770’s he opened the first trading post, beside the Chicago River, establishing the settlement that became Chicago. The DuSable homestead was located near this site.
This monument was given to the City of Chicago by Haitian-born Mr. Lesley Benodin, to honor the legacy of it’s founder.
Bust of Jean Baptiste Pointe DuSable / Erik Blome / 2009.
City of Chicago / Richard M Daley, Mayor / Public Art Collection. 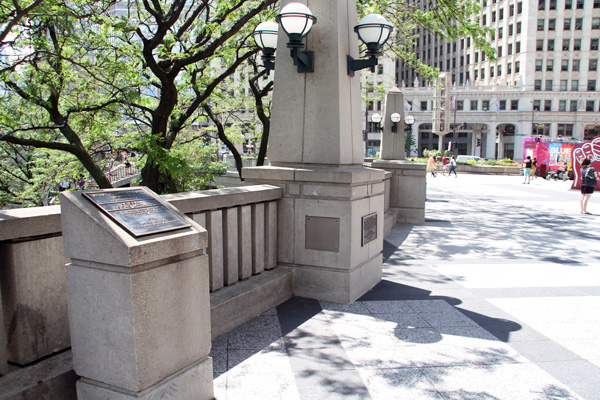 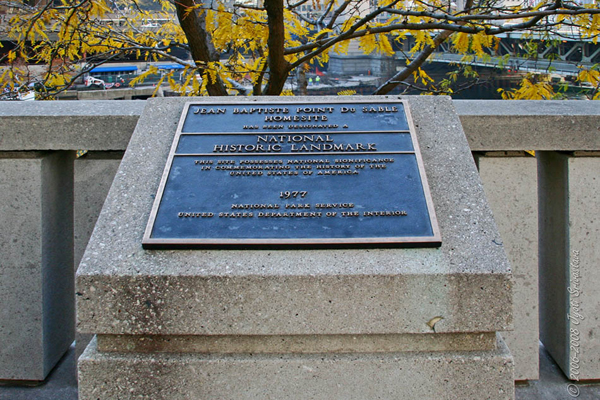 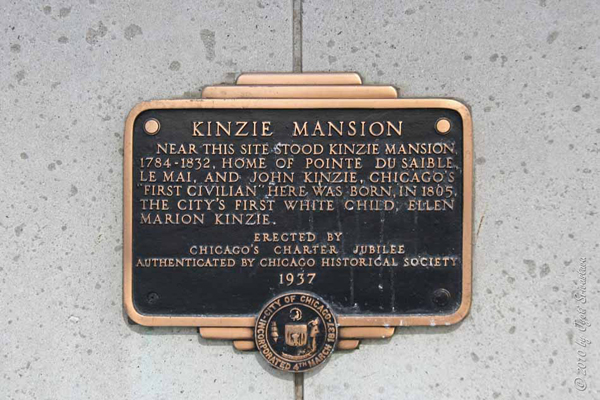 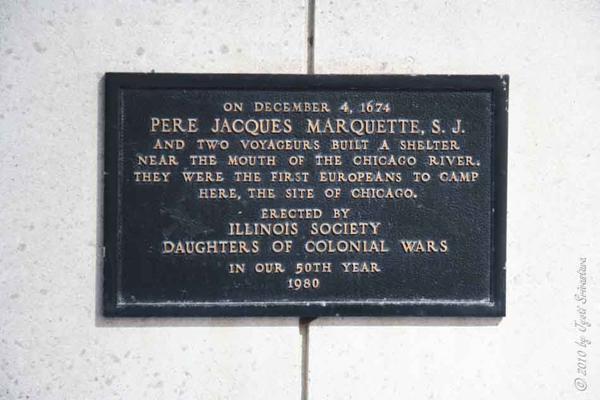 On Dec 4, 1674, Pere Jacques Marquette, S.J. and two voyageurs built a shelter near the mouth of the Chicago River. They were the First Europeans to camp here, the site of Chicago.
Erected by Illinois Society Daughters of Colonial Wars in our 50th year 1980. 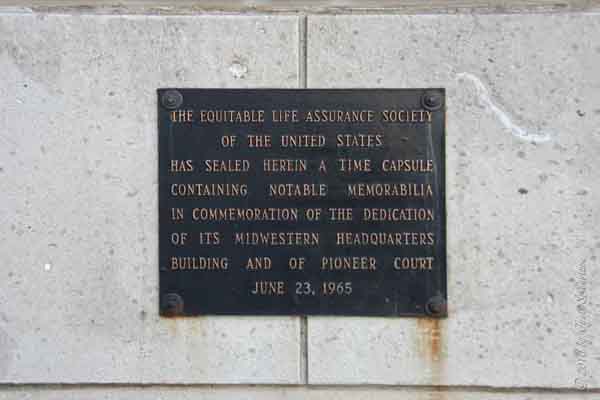 The Equitable Life Assurance Society of the United States has sealed herein a time capsule containing notable memorabilia in commemoration of the dedication of its Midwestern Headquarters Building and of Pioneer Court, June 23, 1965 “. 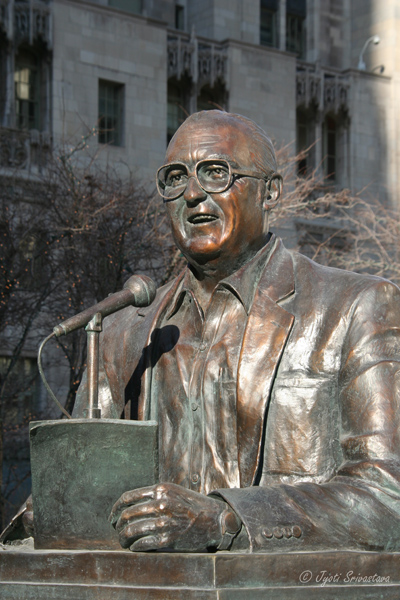 An important feature of he Pioneer Court is that it has been a site for rotating temporary art installations..click here.. 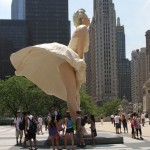 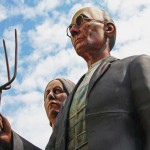 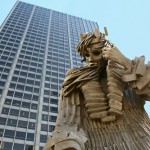