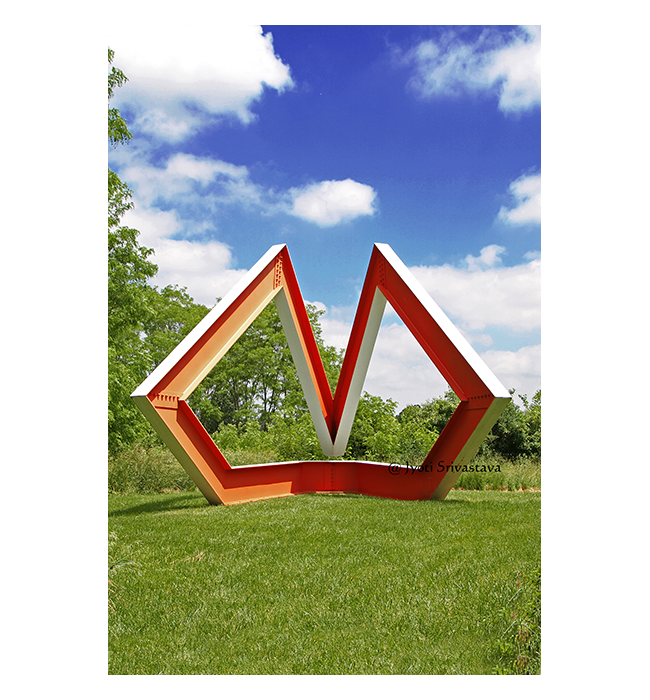 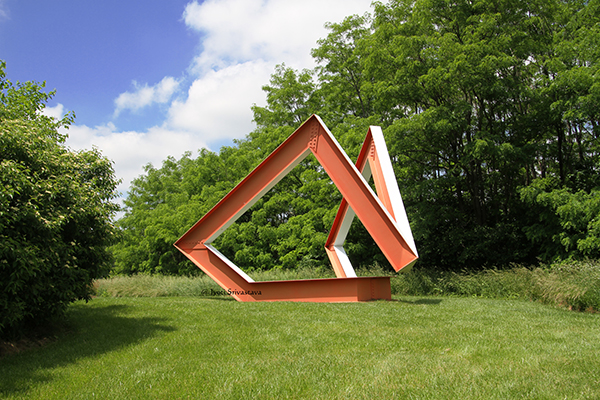 An informal history of the park composed in 1991 provides some background history about the arrival of Phoenix in the park, ” originally commissioned in 1967 for a Hyde Park apartment complex, the work was rejected by the apartment building inhabitants. They found its monumental size and abstract design inappropriate. Lewis Manilow, owner of the building, called Bill Engbretson [then GSU president] and let him know that the sculpture was available. United States Steel supplied the flatbed used to ship “phoenix” to its new home in the southern suburbs.”

Its title refers to the mythical phoenix, a bird with beautiful gold and red plumage. At the end of its life cycle the phoenix builds itself a nest of cinnamon twigs that it then ignites: both nest and bird burn fiercely and are reduced to ashes, from which a new, young phoenix arises. The bird was also said to regenerate when hurt or wounded by a foe, thus being almost immortal and invisible – a symbol of fire and divinity. At dusk, Strautmanis’ sculpture frames the western sun, which, like its namesake dies in flames only to re-emerge in the eastern morning sky. 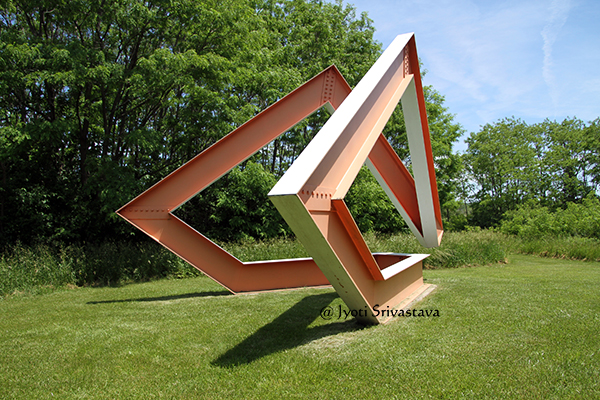 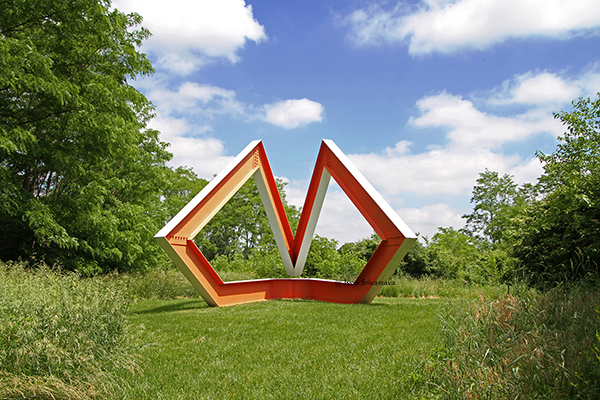 Strautmanis arrival in Chicago at the height of the abstract expressionist movement in 1950 made an impact on the seventeen year old young man from Latvia. He studied at the School of the Art Institute of Chicago and worked in the graphics department at Playboy Magazine before moving to New York City and developing an abstract approach to painting, which incorporated a slashing style of brushwork combined with a unique sense color.