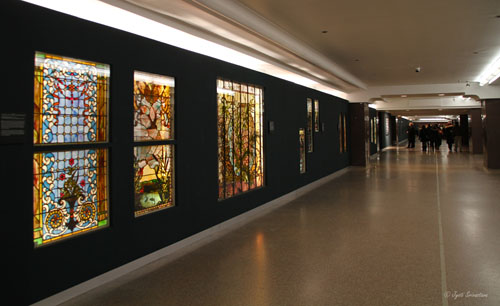 This pioneering Exhibit is presented by Macy’s in cooperation with the Smith Museum of Stained Glass Windows, The Chicago Cultural Mile Association and generous donors. 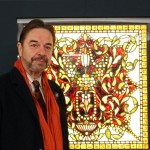 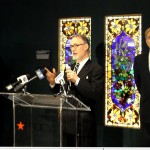 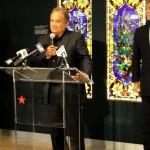 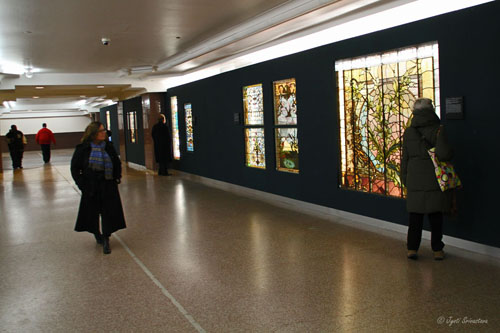 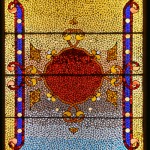 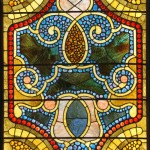 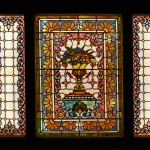 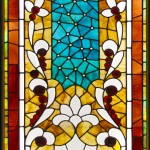 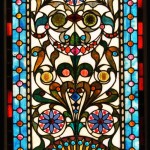 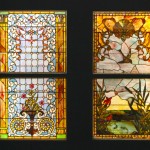 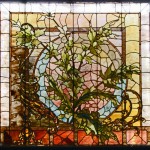 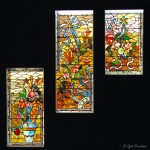 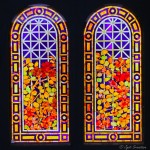 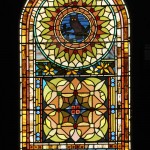 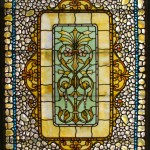 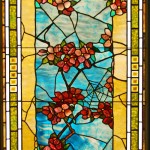 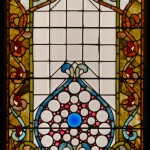 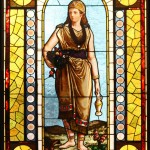 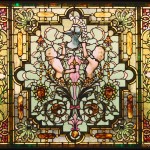 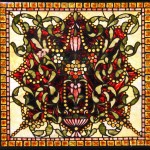 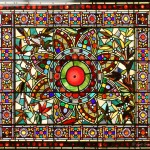 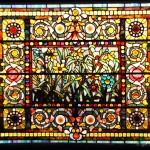 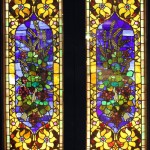 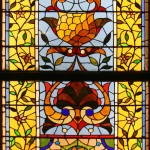 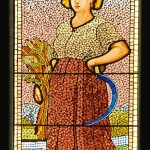 Macy’s , in cooperation with the Smith Museum of Stained Glass Windows, The Chicago Cultural Mile Association, and generous donors is pleased to present this pioneering exhibit.

The exhibit is pioneering because the profound originality of American Victorian non-religious stained glass windows [for residences and public buildings] has not been recognized by art scholars or the public. American Victorian secular glass was an important link to 20th century modernism.

American Victorian secular stained glass windows [1880-1910] were completely different from most painted European stained glass. Innovators like Louis Comfort Tiffany and John Lafarge utilized opalescent glass [the glass itself is extravagantly colored] and focused on illuminating the glass, to let the light itself paint the desired image.

They also frequently imbedded glass chunks as well as actual pebbles and shells in their design. Other American innovations included faceted-glass and cut-glass jewels, beveled glass, pressed designs such as scrolls and stem of flowers, folded glass that looked like draped textile, ripple glass that looked like feathers and confetti glass.

American stained glass studios were among the first to be socially progressive in advancement of women in a primarily male workforce. The importance of this inclusion is only now being understood.

No Comments to “Macy’s Pedway with Installation of American Victorian Stained Glass Windows.”