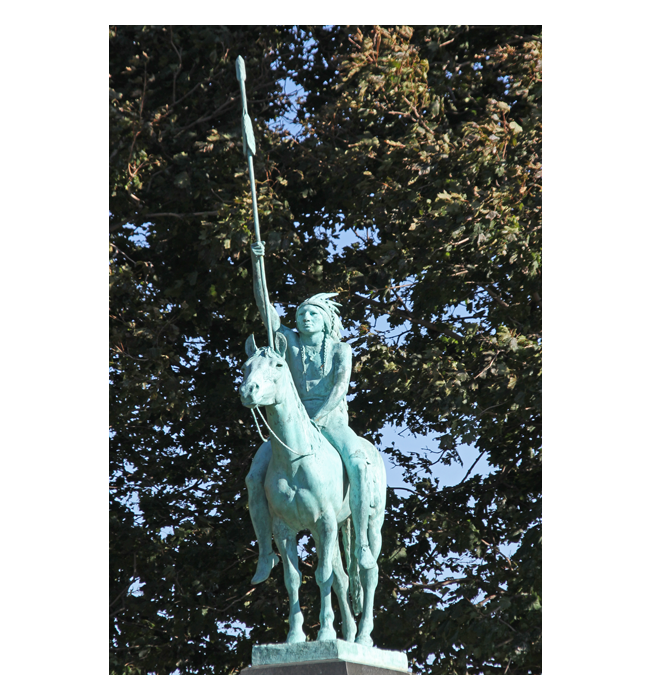 A Signal of Peace – by Cyrus Edwin Dallin

Location: Lincoln Park / north of the entrance to Diversy Harbor.

A Siox Chief on his pony, with a spear high above his head, giving a peace signal, recognized by Native Americans.

It was exhibited in the 1893 World’s Columbian Exposition. 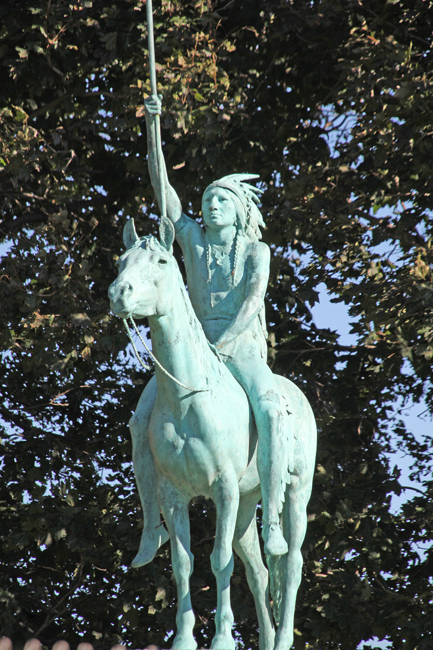 The spring issue of the journal  “Archives of American Art” features an article on Cyrus Dallin. We in Chicago are lucky to have his sculpture “Signal of Peace” with us.

The author Emily C. Burns maintain that there are interwoven narrative across four artwork by Dallin..
Signal of Peace – American Indian’s naïve welcome to white settlers.
Medicine Man – Warning that the settlers may pose threats.
Protest of the Sioux – Expressions of defiance
Appeal to a Greater Spirit – Finally to acquiescence.

Dallin modeled his first American Indian equestrian sculpture, Signal of Peace in 1890, while studying in Paris. Dallin submitted the original plster sculpture to the Paris Salon in 1890. After a successful reception, Dallin had a bronze version cast in Paris.  He returned to Chicago in 1890. The bronze version of Signal of Peace was exhibited at World’s Columbian Exposition in Chicago in 1893. It shows a American Indian on horseback holding feather embellished spears to declare their interest in negotiating – Signal of Peace.

Lambert Tree, a prominent Chicago judege, art patron and philathropist, purchased the sculpture from the artist for $10,000. It was dedictaed to Chicago’s Lincoln Park in 1894. In a letter to Lincoln Park commissioners Tree explained that he wanted a public memorial for the Indians because..
“It is evident there is no future for them, except that they may exist as memory in a sculptor’s bronze or stone or a painter’s canvas.” 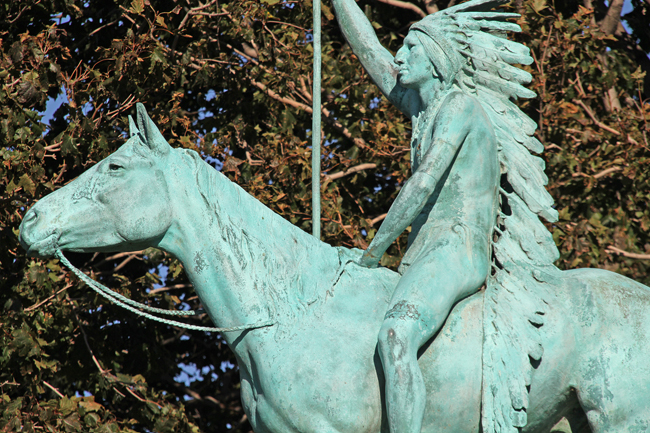 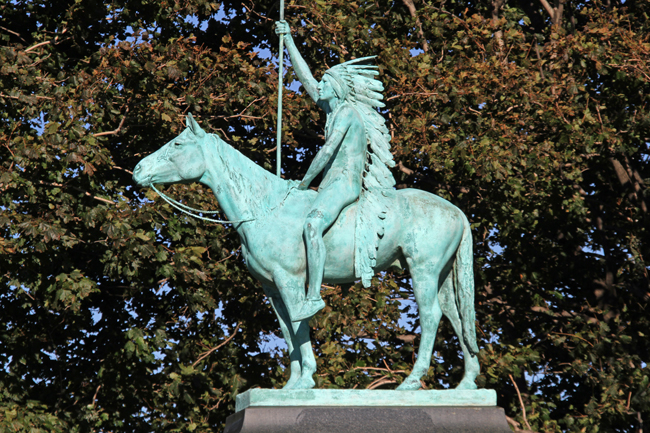