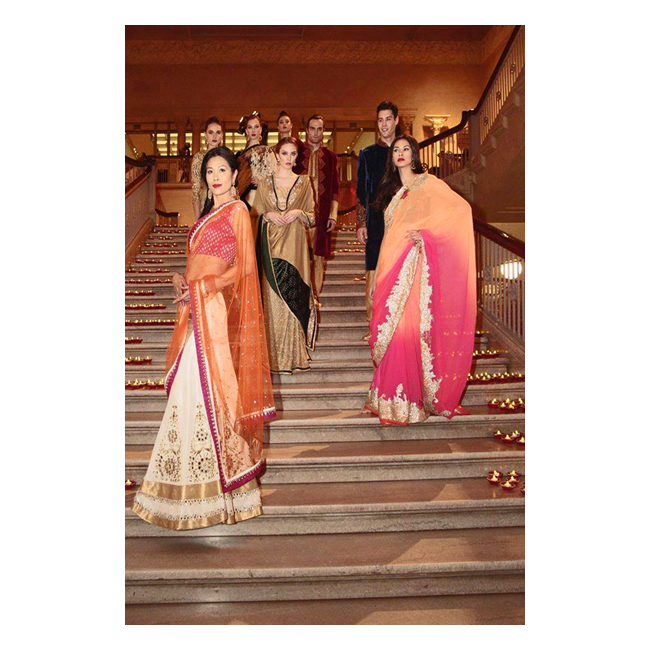 As an Indian living in the US, I am quite aware of the stereotypes associated with India – an overpopulated country with chaotic traffic. Land of Taj Mahal, Yoga and Bollywood. Land of Sacred Cows and curry, and also land of Call Centers and Bangalore. All that is correct. I won’t dispute any of it.  But I believe I share a common experience with many Indians, that India is so much more. Being one of the world’s oldest civilizations India boasts of an amalgamation of a wide array of languages, dance, music, art and architecture that makes its multi-cultural fabric.

However, past two three years I have noticed that things have been changing. My social media network is buzzing with feeds that puts contemporary Indian culture into mainstream cultural institutions of Chicago including libraries, theaters and museums. Quite noticeably, a common thread in many of these stories is an institution named “Eye on India”.  I have been reading newsfeeds reads like: Eye on India collaborates with Chicago Public Library to bring conversation with Pulitzer Prize winning poet, essayist, and critic Vijay Seshadri. Eye on India initiates “Sari Project” with fashion students of Chicago Columbia College. Eye on India’s partner Natya Dance Theater along with with Chicago Children’s Choir bring “Sita Ram” to Harris Theater. All these news along with beautiful images which reminds me of the India that I know, much beyond the cultural stereotypes I have got accustomed to.

Now in its 6th year, Eye on India has become an integral part Chicago’s vibrant cultural tradition and calendar. 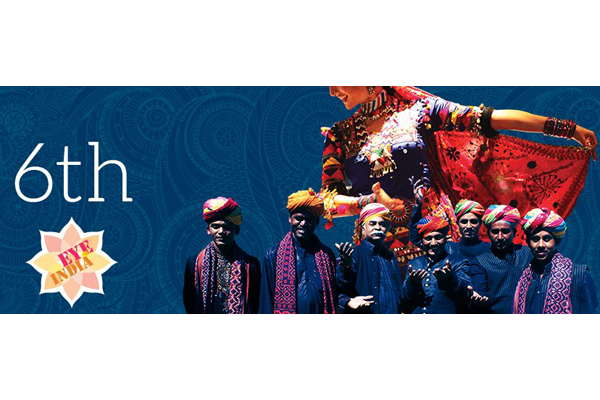 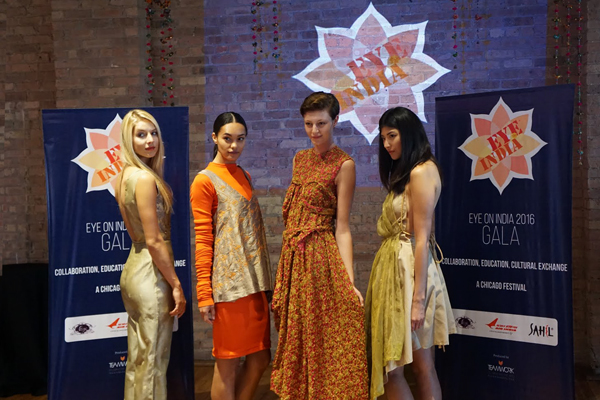 This makes me very happy and also very curious.
What is “Eye on India”? Who is behind all this?

So I sat down with Anu Behari, the Founder and President of “Eye on India” to find out more about this institution. She has been a resident of Chicago since 2002, and has lived in the United States since 1997. We had a delightful conversation over scrumptious Indian buffet at India Garden. Here is a summary of our talk, not verbatim, but not for gist of it.

To begin with, let’s clarify: What is Eye on India ?
Eye on India [EOI] is a cultural, artistic and educational exchange and collaboration between the US and India.  Based in Chicago, it provides a platform to engage in conversations about Chicago and India. It is bringing India to Chicago and Chicago to India. “We bring music, dance, business, literature, ideas, workshops, and more between India and Chicago.”

What impressed me the most is the partnership aspect of Eye On India. It is about what happens when we come together. It is aligning of what would Chicago like to see about India, and what we offer. Everything EOI does is in partnership with local organisations or artists. It we get an author, we organize an event with Public Library. What is does is that when you partner with somebody, you get their feedback. The cultural institutions here are looking at their membership, their audience. When we get feedback, we are able to align the mission of EOI with the mission of our cultural partners here. An engaged audience, an emotionally and intellectually invested audience is more likely to enjoy an event, show interest in learning about it, and come back for more events.

Talking about collaborations, EOI has partnered with Chicago Columbia College to create long-term projects in the disciplines of fashion, dance, film and arts management. It has partnered with  Chicago Park District and Chicago Public Library to engage in cultural and educational exchange programs in a number Chicago neighborhoods. In working together with a number of mainstream cultural institutions of Chicago – like the Field Museum, the Art Institute of Chicago, Museum of Contemporary Art Chicago, Chicago Cultural Center, Goodman Theater, Chicago Shakespeare Theater, The Poetry Foundation, and ChiArts – Eye on India has ingrained itself firmly and deeply into the cultural fabric of Chicago.

Eye on India has also been actively working to create opportunities for Chicago artists to visit India. In 2013, the Chicago Children’s Choir performed at the world renowned Jaipur Literature Festival. Fulbright scholars Alan Teller and Jerri Zbiral also traveled extensively in India, resulting in their short documentary film Following the Box which was featured in the 2015 EOI Festival. 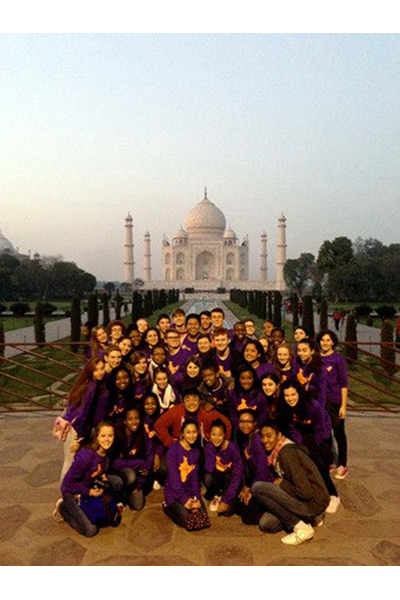 What was the inspiration behind Eye on India? How did it all come about?
I was most curious about how it all began? Anu explains the first conversation on EOI was in 2010 and it was launched in 2011. The idea of starting something like this, came about when she was attending an event in India, the “Jaipur Literature Festival”, which is  world’s largest free literary Festival.  Her mother Anuradha Behari is an award-winning author, playwright and activist. She has spoken extensively on Literary Forums in India and abroad.  Anu explains.. “My mother, a writer, was speaking at the Jaipur Literature Festival. I wanted to go see her. We had heard a lot about this festival, the largest literary free festival in the world. When I went there, it felt like an Indian wedding, conference, and pilgrimage all together.  Usually when we go to India we meet our relatives and friends, we shop, but we are not really engaged in the life we were used to living. The Literary Festival gave me a whole new spectrum. I saw school students, the debates and the conversations they were having.  I saw famous authors, who are doing amazing work, discussing issues that are relevant, contemporary and edgy at the moment in India.  I saw what the current Indian cultural scene was like. My mother introduced me to the producer of the festival and I said, “We need something like this in Chicago.” It’s the festival city of the United States! I invited him to Chicago. He took up my invitation and next year came to visit me.”

So  this is how the idea came about. An interesting idea, with lot of potential, but still nothing concrete had happened. It was just an idea.

But we were getting ready for the next level. We started without knowing the cultural lay of the land. We began with some proposed idea and reached out to folks.  This is something we have, would it interest you? I think we got very lucky. That is what is great about Chicago – people like to learn about other cultures! People like to help!  It was like people were waiting for something like this to happen. The cultural institution here need Indian audience. They don’t have time to go out and look for them. When we offered conversations with Indian authors, they were ready for it. This is how it began.  It began with literary events, which is the soul of Eye On India. Other cultural activities developed as we progressed. Conversations around EOI began in 2010, and it was launched in 2011.

Now Eye On India has taken a life of its own! 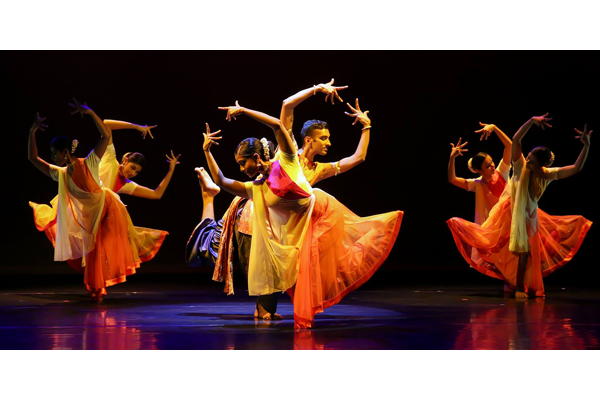 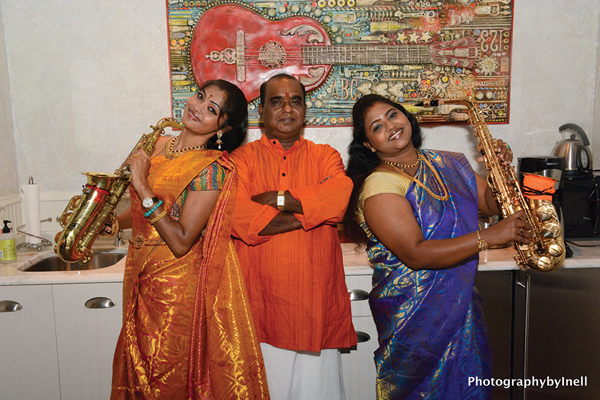 Since its founding in 2011 till 2016, EOI has hosted over 75 events, establishing itself as the leading platform for Indian programming in Chicago’s diverse cultural calendar. To organize events on such large scale needs a team of highly efficient and dedicated supporters. My next question was..
I believe you have a support team. What is it like?
As expected Eye on India has a hard-working, enthusiastic and committed Festival Team, with Executive Director: Sujatha Purkayastha, Development and Communications: Reetu Gowdar Sanders, Fashion and Social Media: Shurti Kirt, Visual Arts and Education: Tanya Gill, and Project Manager: Shreya Singh.

EOI has partnered with “Teamwork Arts”, a company that brings a plethora of Indian cultural riches to audiences worldwide.

EOI also have the Indian government and the Consul General of India, Chicago supporting the organization in a huge way. 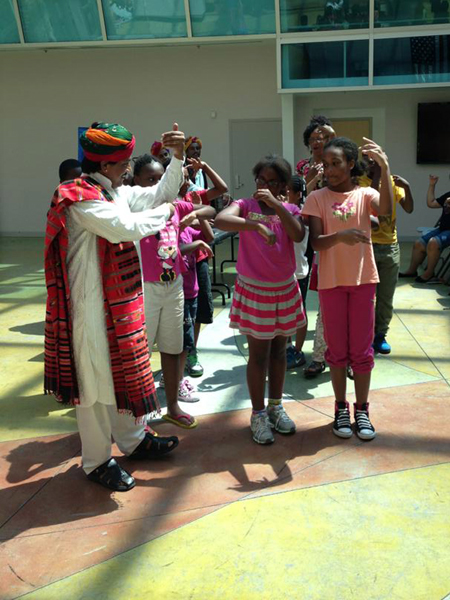 My personal observation is that as immigrant Indians, even as we adapt, assimilate and enjoy life of America, we take pride in our Indian roots, in our rich and diverse cultural heritage. But in the daily grind of work, home, and social life here, we slowly start losing touch with contemporary cultural scene of India. On the other hand, I have also noticed many of my American friends very curious about India, and want to learn more than the stereotypical image they have.

Eye on India provides a platform by bringing an eclectic mix of Indian dance, music, theater, literature, attire, cuisine and more! See that land of Yoga and Bollywood is also home of  Bhangra, Kathak and Odissi and many more folk and classical dances! There is no one way of draping our exquisite sari. It is as diverse as different flavors of  our curry, and different languages spoken in different regions of the country. India has 22 official languages and more than 150 mother tongues are spoken in different parts of the country! Enjoy our mind-blowing art and architecture that has absorbed and incorporated foreign influences and produced unique Indo-Persian and Indo-European fusion! Meet with Indian dancers, musicians, authors, actors and journalists in Chicago. 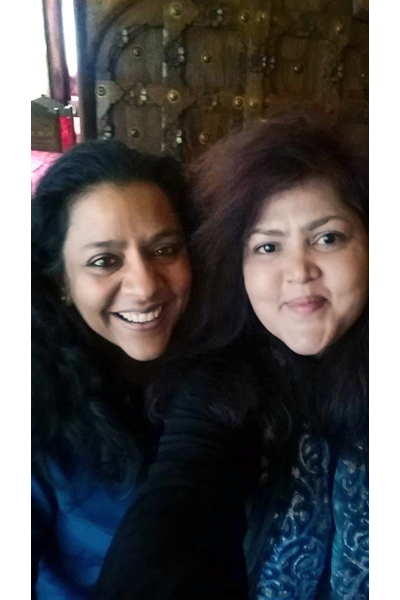 With Anu Behari – Founder and President of Eye on India

Thank You Anu Behari for your time!
Thank You for your wonderful endeavor!
Best Wishes for continued success!