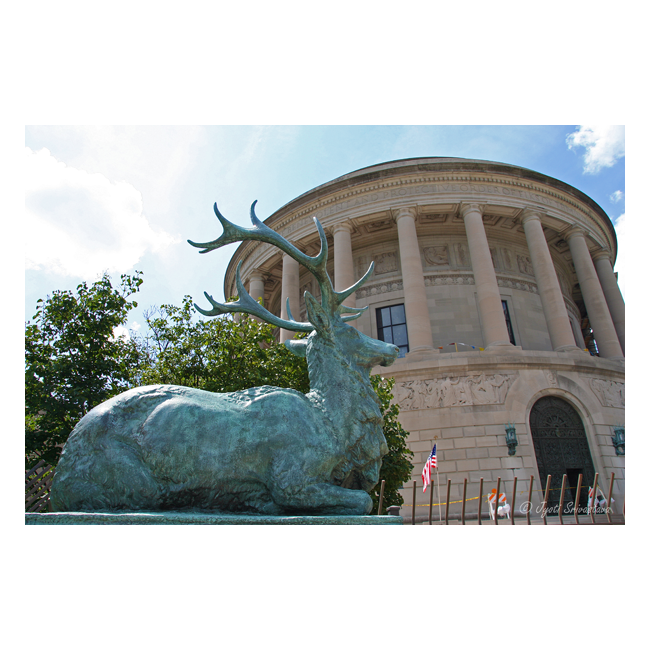 At the entrance of Elks Memorial are two magnificent statues of reclining Elks. When we enter the Memorial, we cannot miss four monumental gilded statues. Elks are by Laura Gardin Fraser and gilded statues are by James Earle Fraser. If their last names sound similar, its because they were married! See the work of husband-wife duo – who worked mostly independently – at the Elks Memorial!! Also interesting is their Chicago connection. Laura Gardin was born on Sep. 14, 1889 in Chicago.

James Earle Fraser was born in 1876 in Winona, Minnesota. At the age of 15 he began his studies at the Art Institute of Chicago. Later he worked with Richard Bock, the famous architectural sculptor of Chicago. However he later moved to New York, and taught at Art Students League in New York City from 1907 to 1911.  It is here that he met with Laura Gardin, who was his student. The two got married on Thanksgiving Day in 1913. After their marriage, she continued to work as a sculptor.

Laura’s early works were small scale sculptures usually animals like dogs and horses. Later she turned to work on a larger scale work, like the Reclining Elks at the Elks Memorial.  However she is most famous for designing medals, trophies, and coins. She was the first woman to design a coin for the United States Treasury!

Although both husband wife were sculptors, they are known to have worked independently. The only piece where  the couple worked together to sculpt the design for the Oregon Trail Memorial Half Dollar. 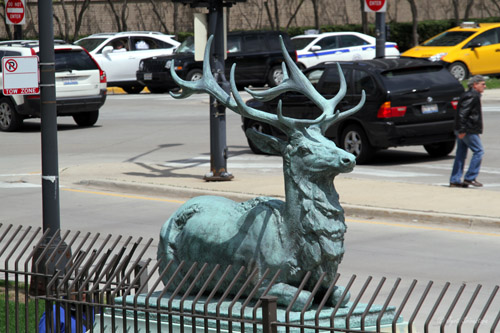 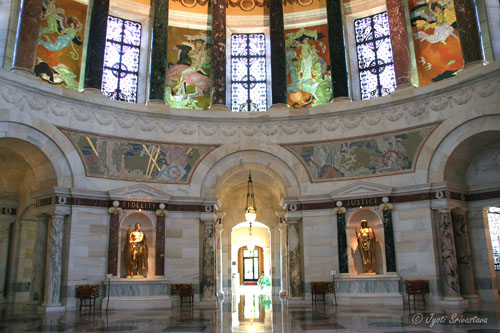 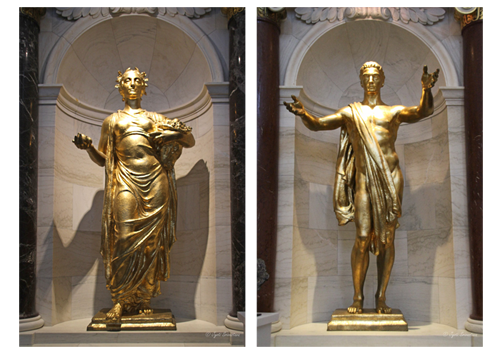 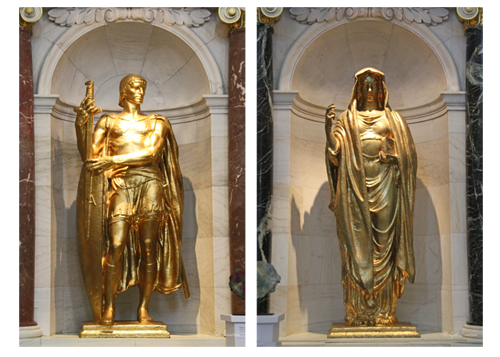 Also at the Elks Memorial are two sculptures, Air and Earth by Laura Gardin Fraser 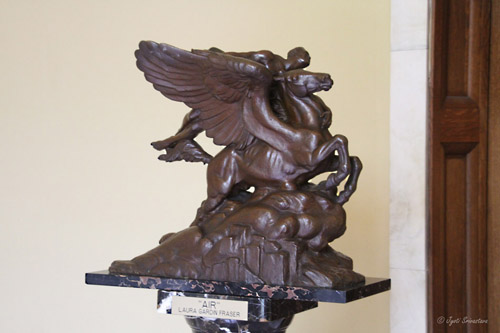 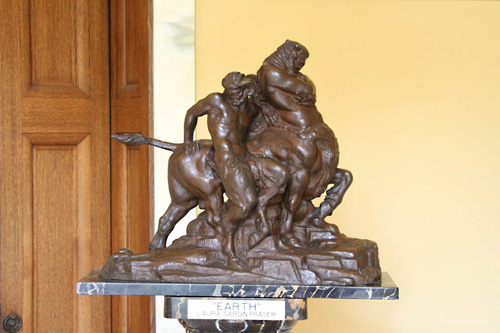 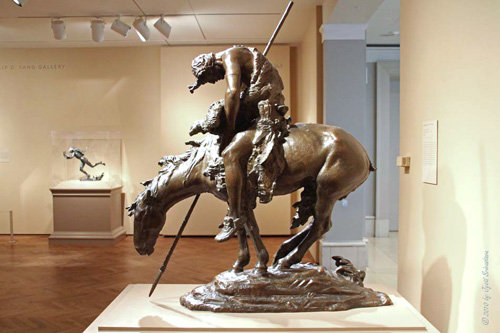 “End of the Trail” – by James Earle Fraser at the Art Institute of Chicago.

Perhaps the most famous sculpture by James Earle Fraser is the “End of Trail”.
A scale-model is found at the Art Institute of Chicago.
James Earle Fraser is also the sculptor of carved relief work on the Michigan Avenue bridge -North Side..
“Discoverers” and “Pioneers”… click here.. 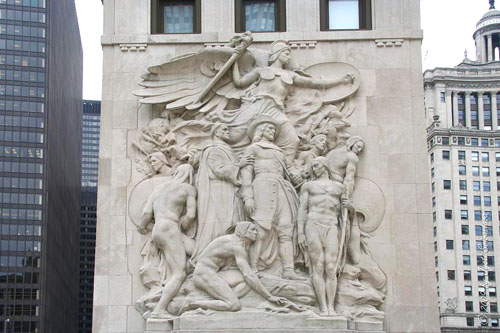 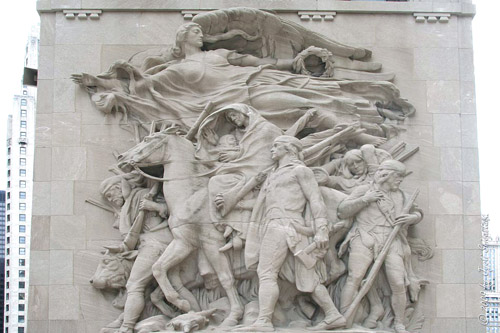