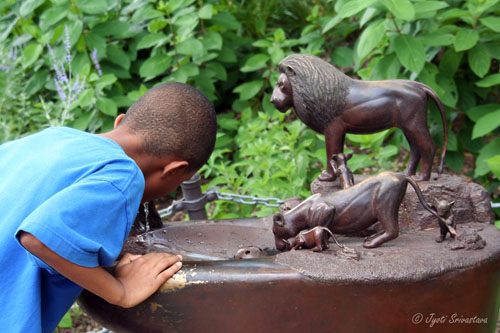 Drinking water with a Pride of Lions

Most drinking water fountains are pretty mundane, but some are interesting..  Just realized Chicago has drinking water fountains made by international artists like by German Franz Machtl, Austrian Hans Muhr and Zellij style fountain by Moroccan artitsts..  For me, the most compelling story is behind the making of Rosenberg Fountain in Grant Park..

Also  learned   [from Wikipedia, click here..]   that drinking water fountain, also known as “bubbler” was developed in 1889 by the then-small Kohler Water Works [now Kohler Company] in Kohler, Wisconsin, which was already well known for its faucet production. The original Bubbler shot water one inch straight into the air, creating a bubbling texture, and the excess water ran back down over the sides of the nozzle. Several years later the Bubbler adopted an arc projection, which may allow the drinker to partake more easily and be more sanitary. At the start of the 20th century, it was discovered that the original vertical design was related to the spread of many contagious diseases.

Some interesting drinking water fountains I’ve seen in the town.. 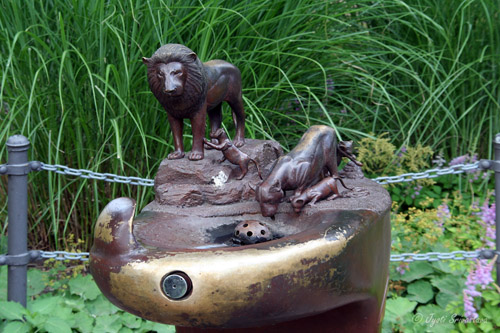 Evanston based artist George Suyeoka, has three very interesting bronze drinking water fountains in the Lincoln Park Zoo.. one with Illinois animals, another topped with two elephants, and a 3rd with a pride of lions.. George Suyeoka was born in Hawaii and graduated from the School of the Art Institute of Chicago [in 1953].  Now he is settled in Evanston, IL.. For more on George Suyeoka, click here.. 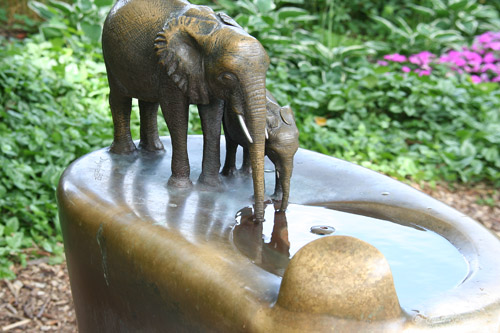 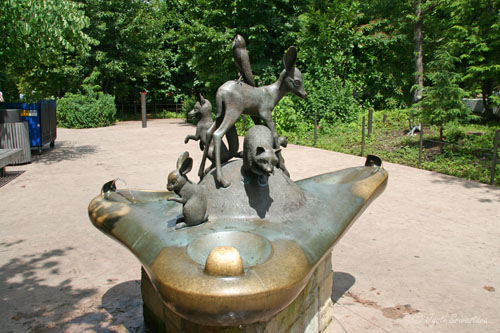 Fountain for the Young at Heart – by George Suyeoka 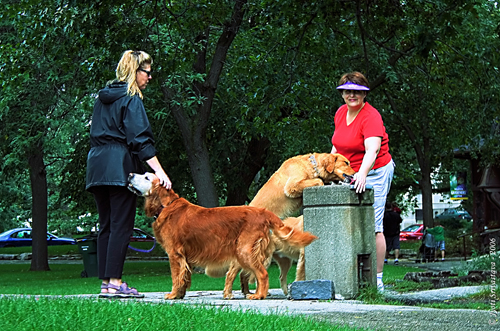 Also seen in the Lincoln Park Zoo, this drinking water fountain.. Wonder how many approve of this!!???!! 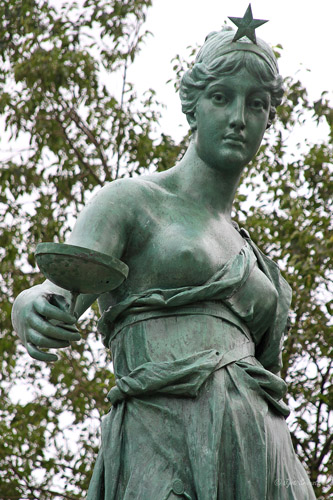 From the website Explore Chicago.com
Joseph Rosenberg [1848-91] left a bequest for a fountain in Chicago “to provide the thirsty with a drink.” During his youth here as a newsboy, Rosenberg could never convince local Chicago merchants to spare him a drink. Consequently, he vowed that if he were ever wealthy, he would create a fountain for newsboys to quench their thirst on hot days. He later moved to San Francisco and made a fortune, never forgetting his vow. The fountain was erected at the south end of Grant Park near his childhood home on South Michigan Avenue. Rosenberg’s fountain was installed 2 years after he died. 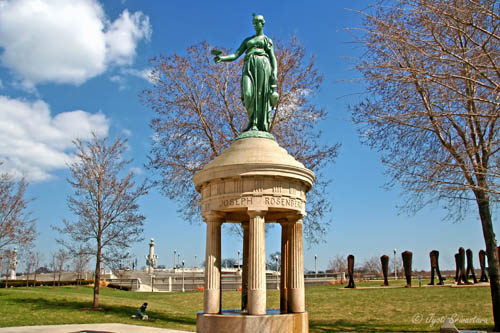 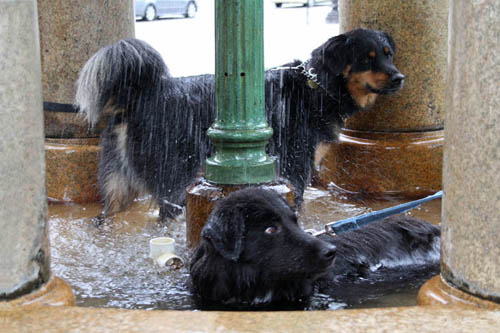 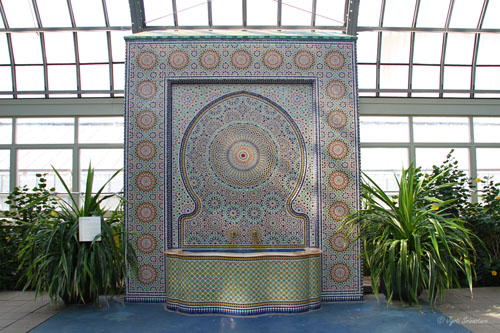 What is Zellij?? Wikipedia informs, click here....
Zellij is terra cotta tile work covered with enamel in the form of chips set into plaster. It is one of the main characteristics of the Moroccan architecture. It consists of geometrical mosaics made of ceramic used mainly as an ornament for walls, ceilings, fountains, floors, pools, tables, etc. 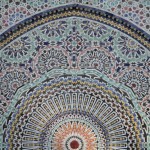 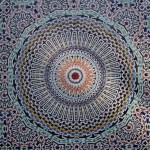 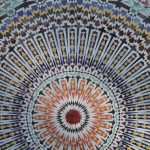 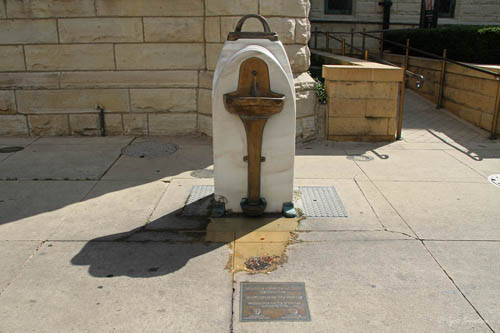 Dedicated to the Thirtsy
Presented to the City of Chicago on October 2, 1998.

Hans Muhr is famous for water sculpture, renowned for fountains made of natural rock. Muhr says..
“My work is to serve mankind, improve its life, protect the environment, pose water again where it belongs, in the center of life”. 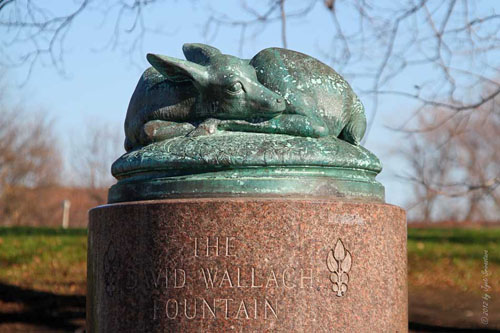 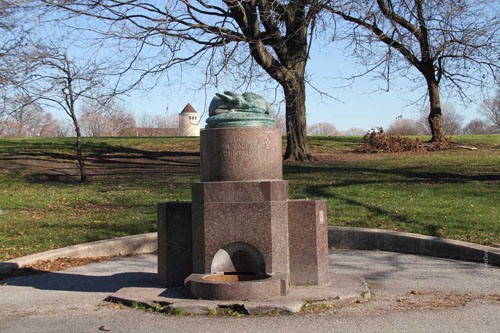