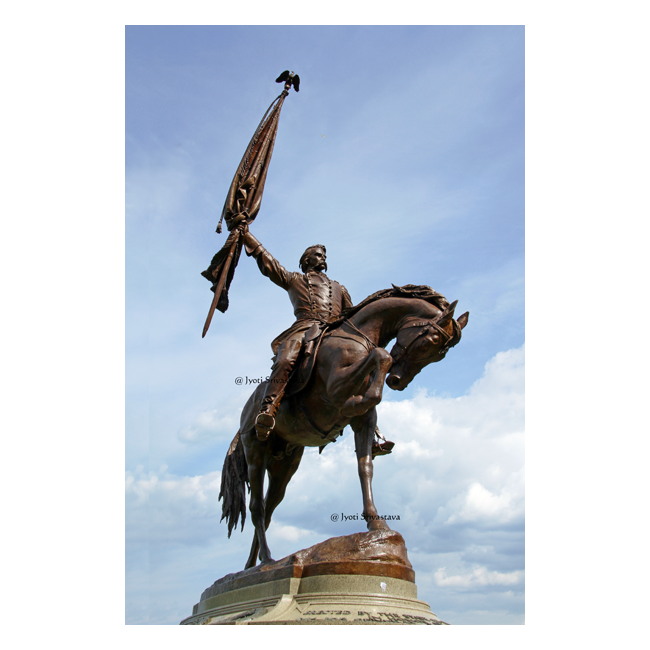 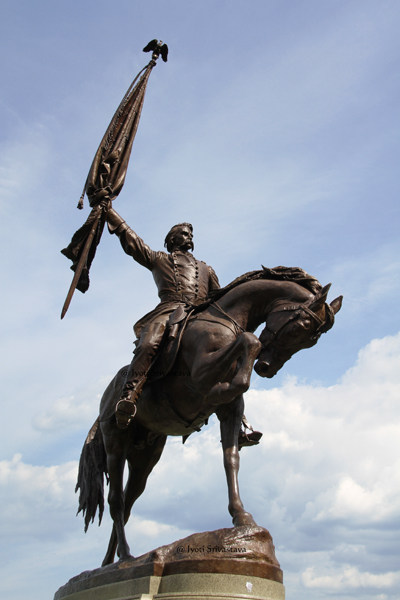 John Logan was an Illinois based Civil War general, later serving as Senator from Illinois from 1871-77, and from 1880 until his death in 1886. He was the Republican Vice-Presidential candidate in 1884, running on a ticket with James Blaine.

Logan is responsible for the founding of Memorial Day. He helped to establish the Grand Army of the Republic, a veteran’s group, and while serving as its President proclaimed the observance of a “Remembrance Day” holiday on May 30, 1868 .. 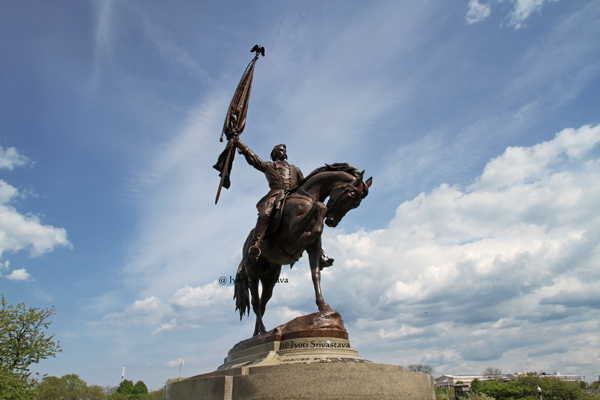 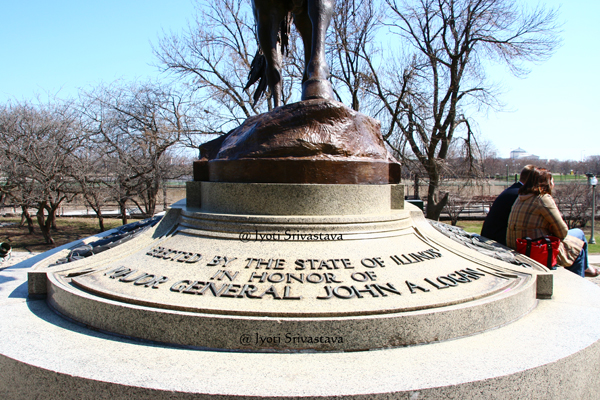 Erected by the State of Illinois, in honor of General John A Logan.

Born in Illinois Febuary IX MDCCCMDXXVI. Died in Washington Dec XXVI MDCCCLXXXVI while senator of the United States from Illinois. 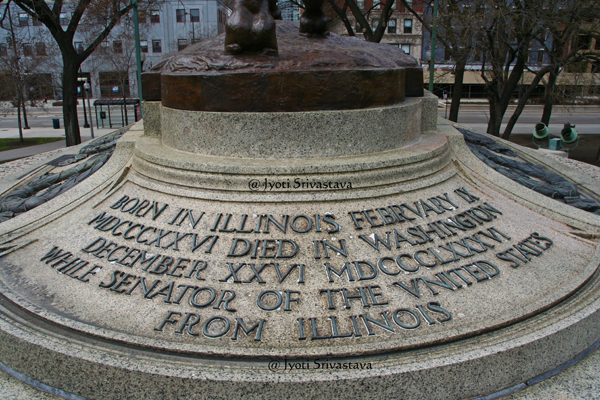 The plaque reads
General John Alexander Logan 1826-1886
“If other eyes grow dull and other hands slack, and other hearts cold in the solemn trust,
ours shall keep it well as long as the light and warmth of life remains.”
– John Alexander Logan’s pledge
The First Memorial Day 1868
Reaffirmed and Rededicated
Lawrence Pucci Wedgewood Society of Chicago
May 26, 1997. 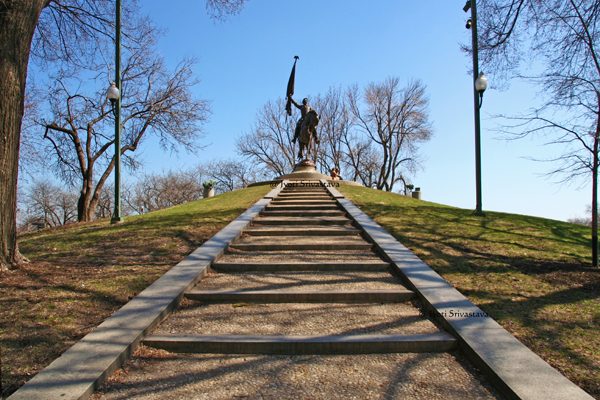