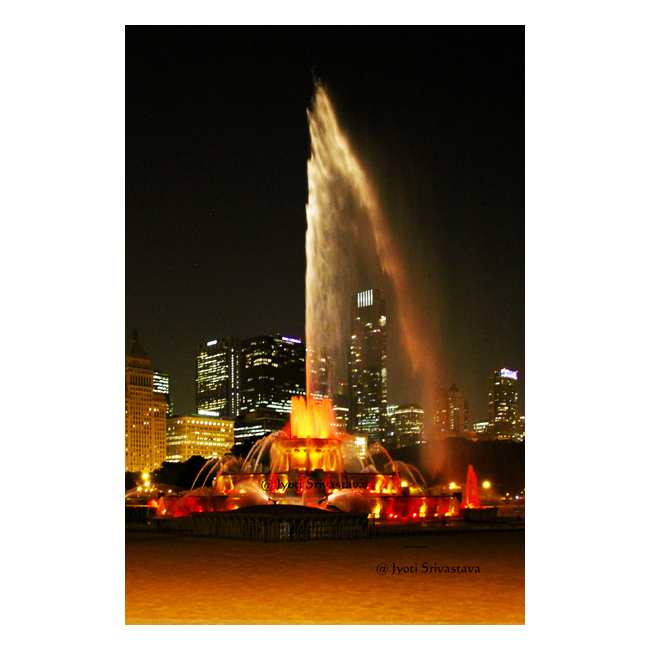 The Fountain runs from 8 a.m. to 11:00 p.m. daily,
typically from early April through mid-October, depending on weather.
Display times are subject to change during special events in Grant Park.

Kate Sturges Buckingham, philanthropist and art patron donated one million dollars for the fountain which was dedicated to the memory of her brother, Clarence Buckingham.
At the time, she also established a $300,000 trust fund to ensure that the taxpayers would never have to cover all of the repair and upkeep costs associated with the fountain. 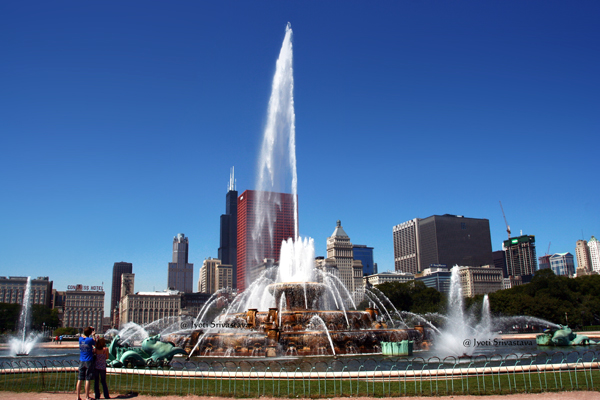 The Buckingham Fountain is inspired by the Latona Basin at Versailles.

The Clarence Buckingham Memorial Fountain symbolizes Lake Michigan. It conveys the enormity of the Great Lake through its vast and impressive water displays.

Some of the water displays use approximately 15,000 gallons of water per minute, and the major display, which occurs every hour for 20 minutes, sprays water to a height of 150 feet from the ground. The lower basin provides a pool that extends 280 feet in diameter.

When the fountain was dedicated in August of 1927, John Philip Sousa conducted, as his band which played “Pomp and Circumstance,” before an audience of 50,000.

The Buckingham Fountain has been designated as a Chicago Landmark and a contributing feature within Grant Park’s listing on the National Register of Historic Places. 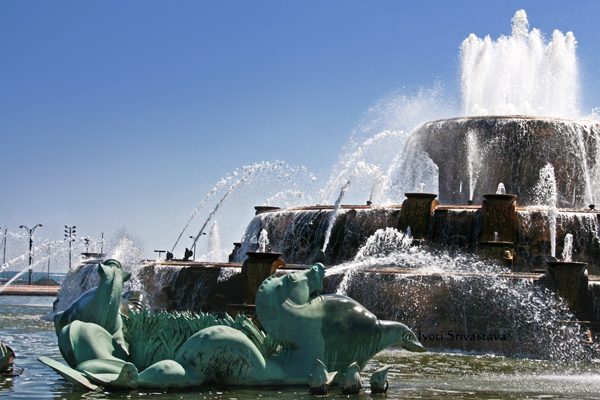 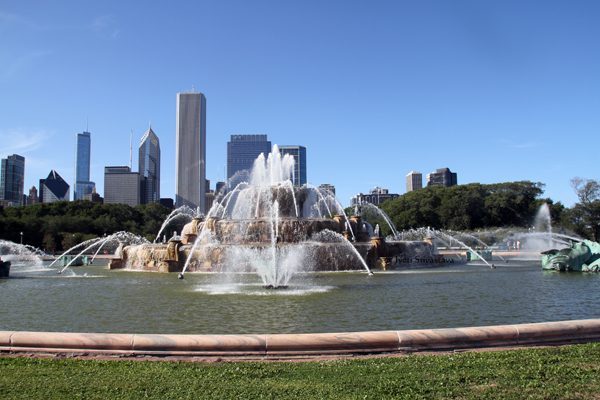 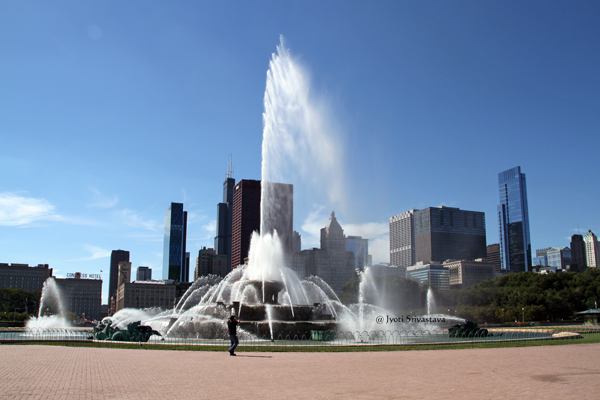 The Music and Light Show 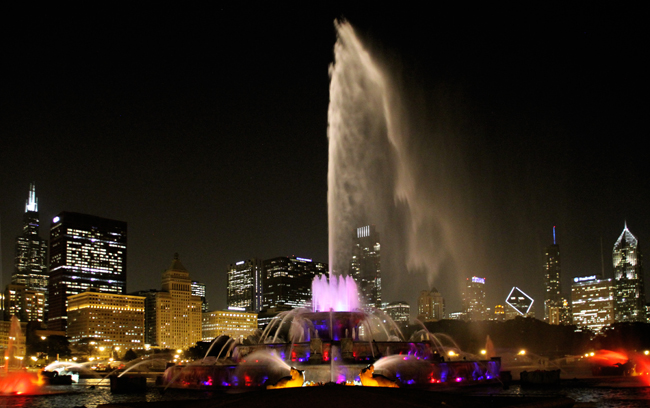 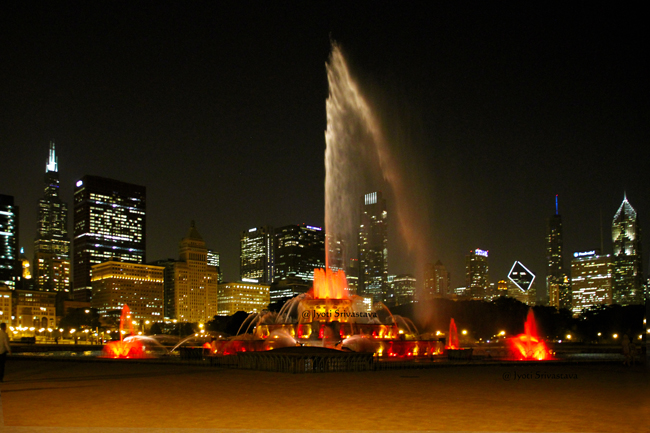 Buckingham Fountain’s designer, Edward H. Bennett, was born in Wiltshire, England in 1874. But he chose to settle down in Chicago. Along with Daniel Burnham, he co-authored the “Plan of Chicago” in 1909. Burnham and Bennett created a working document giving substance to the City Beautiful philosophy. From this prototype Bennett developed comparable plans for numerous American cities, including Minneapolis, Detroit, and Portland, Oregon.