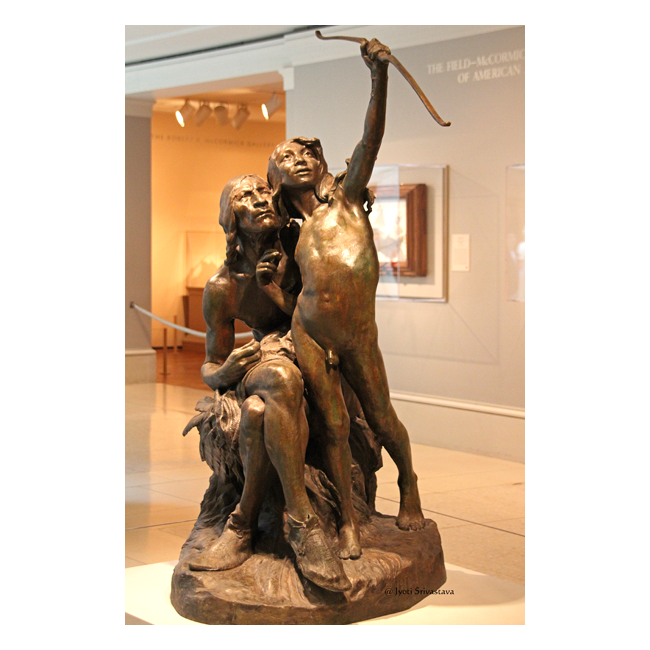 The marker reads..
Hermon Atkins MacNeil became interested in native American culture after viewing the ethnographic displays at the 1893 World’s Columbian Exposition in Chicago. The Sun Vow portrays a young Native American undergoing a rite of manhood by shooting an arrow skyward under the tutelage of an older warrior. The sculpture displays McNeil’s desire to blend accuracy with idealized beauty of ancient sculpture that he studied in Rome. While his earlier portrayals of Native Americans emphasize ethnographic detail, this sculpture reveals few aspects of costume and physiognomy, and the figure of the young boy displays a classical pose. 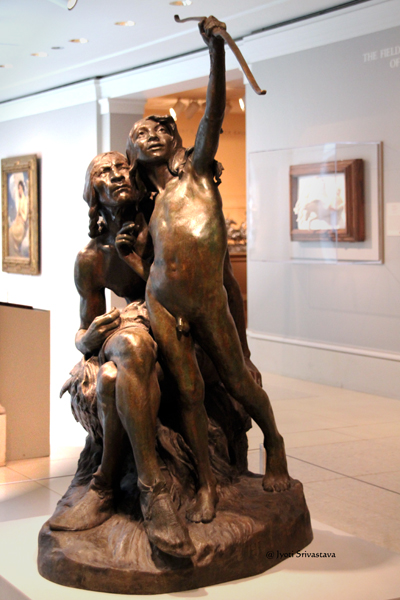 There’s a very interesting context of this sculpture, in the website of the Metropolitan Museum of Art.. click here..
An excerpt..
During his visits to several Native American tribes, he [Hermon MacNeil] heard of a rite of passage that captured his imagination: before a boy on the threshold of manhood could be accepted as a warrior of his tribe, he must shoot an arrow directly into the sun. If the chieftain judging the boy’s prowess was so blinded by the sun’s rays that he could not follow the flight of the arrow, it was said to have gone “out of sight,” and the youth had passed the test. MacNeil felt that the story, with its “patriotic ring,” lent itself to a group composition. In this bronze work, he portrayed two Native Americans (whom he identified as Sioux) straining to follow the arrow’s flight. MacNeil heightened the visual impact of his composition by choosing to capture the moment when the arrow has just been released..

McNeil’s plaster model for the Sun Vow won a silver medal at the 1900 Paris Exposition Universelle. Chicago architect and Art Institute trustee Howard Van Doren Shaw purchased the first bronze cast of the sculpture in 1901. This sculpture was bequested by Shaw to the Art Institute. 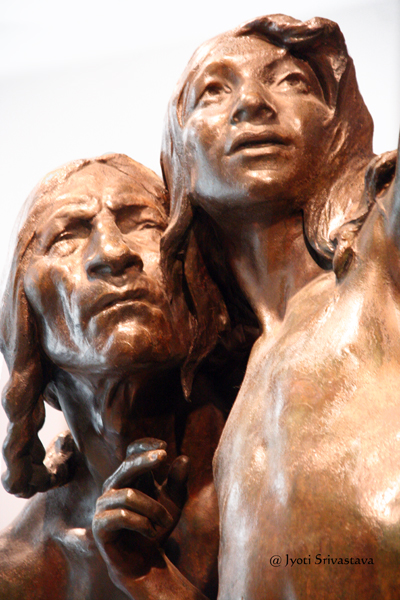