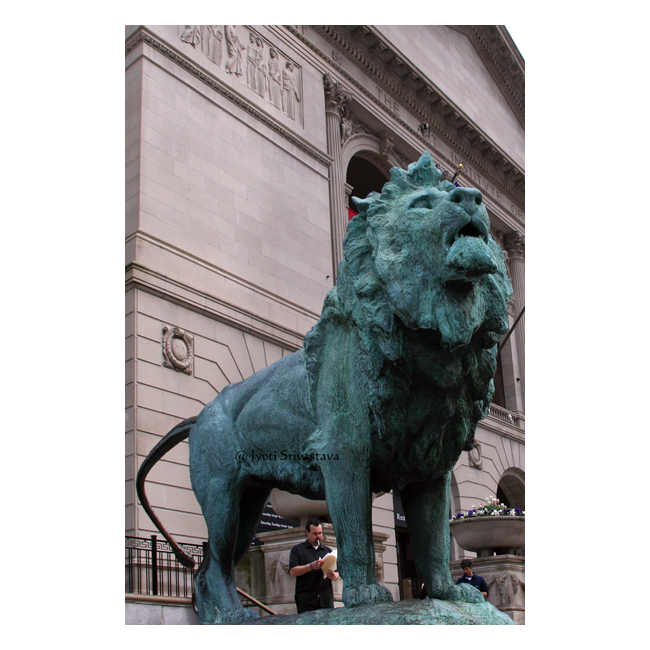 The Lions – by Edward Kemeys

Location:  Michigan Avenue entrance of the Art Institute of Chicago.

Gift of Mrs. Henry Field to The Art Institute of Chicago.

Two bronze lions guard the entrance to The Art Institute of Chicago. They have been a symbol of the museum for over 110 years … since 1894. The building was erected to house an international congress held in conjunction with the World’s Columbian Exposition of 1893. During the fair, Edward Kemeys exhibited the plaster studies for the sculptures. The finished bronze sculptures were installed one year later in 1894. 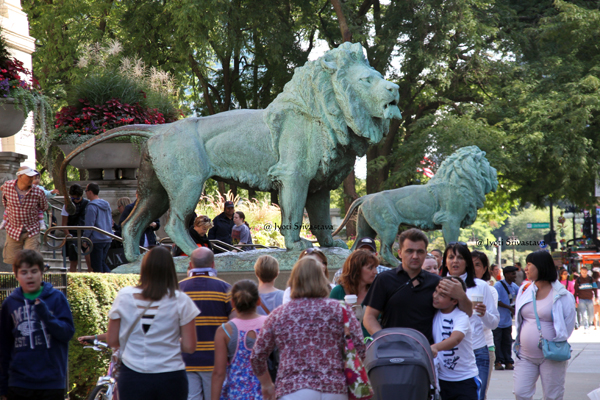 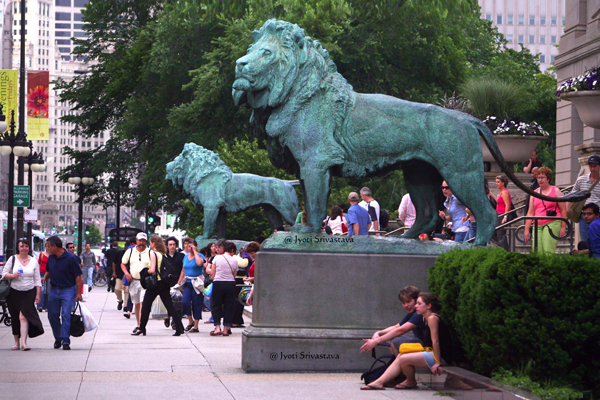 Larger than life-size, the lions are realistically depicted.  However they have inspired more affection than fear over the years.
Their poses are similar although not identical; one is “on the prowl” and the other “stands in an attitude of defiance.” 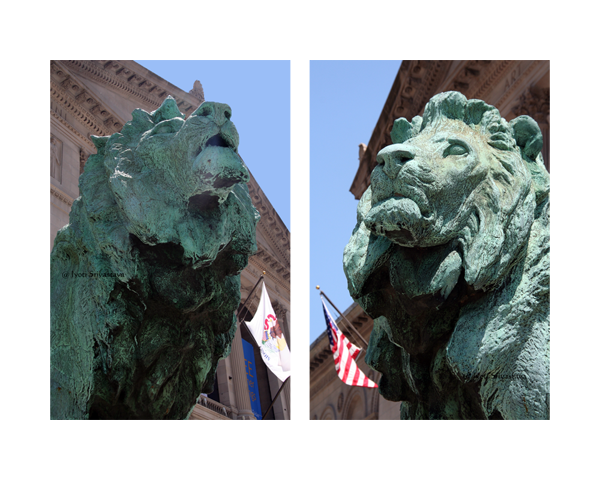 Although similar, but not identical, left one is “on the prowl” and the right one “stands in an attitude of defiance.” / Lions- by Edward Kemeys 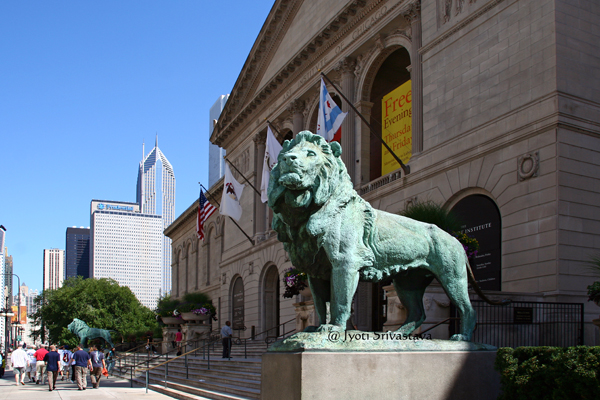 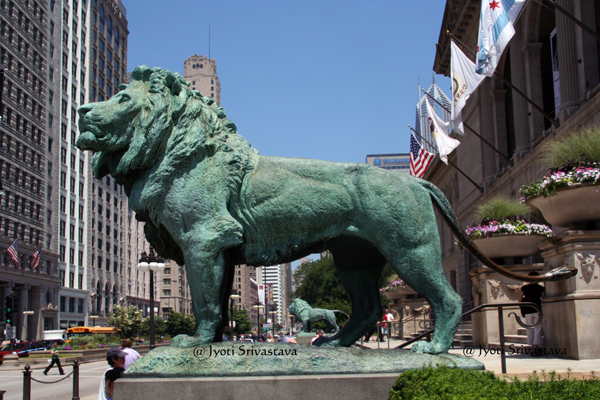 These lions are prepped-up for different occasions, like wear festive wreaths during Christmas or sports helmet to show solidarity! 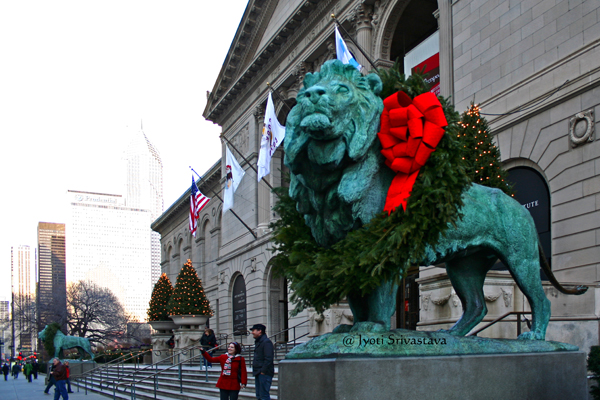 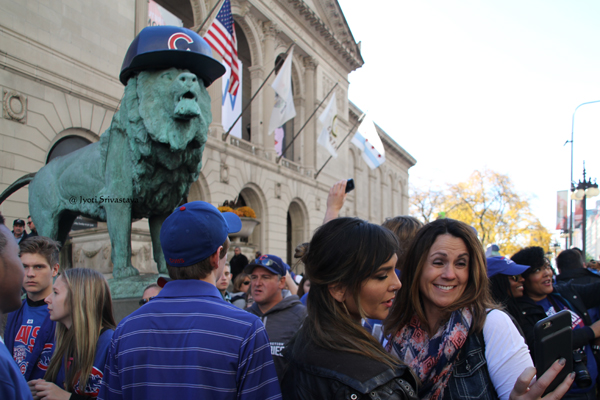 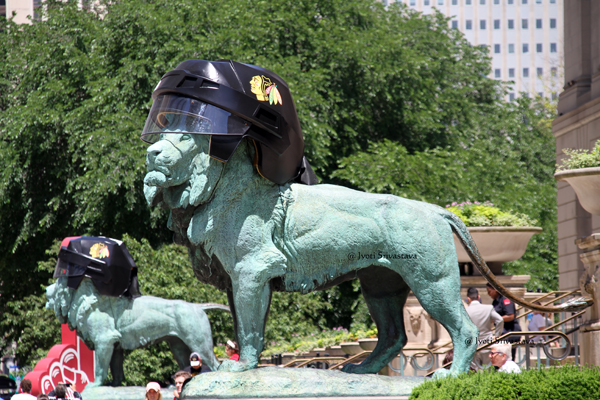 2010 when Blackhawks won the Stanley Cup / Lions- by Edward Kemeys 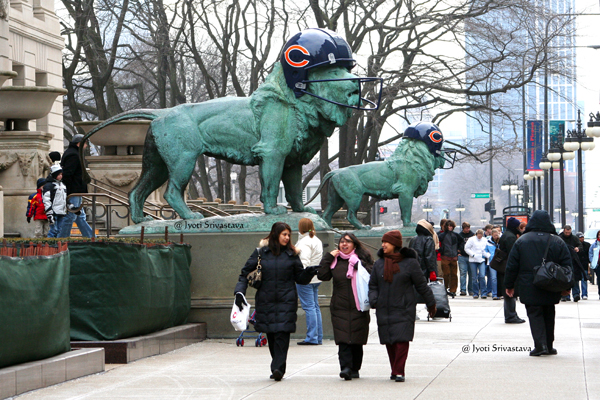