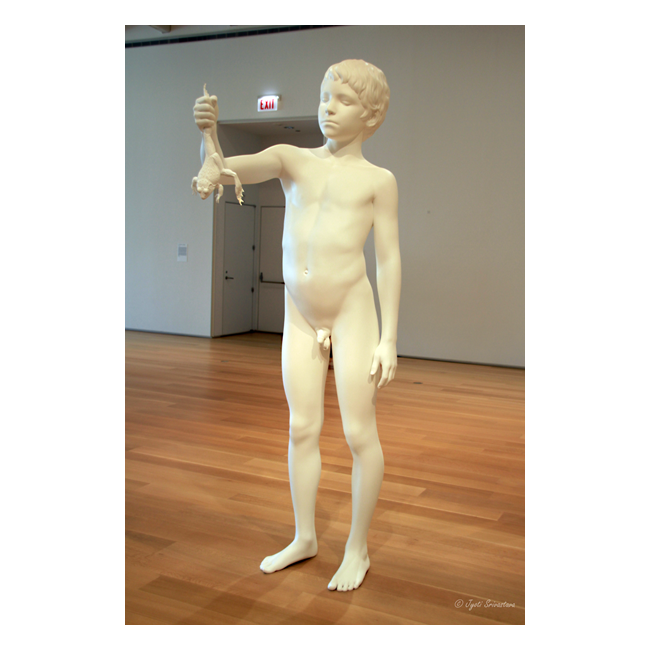 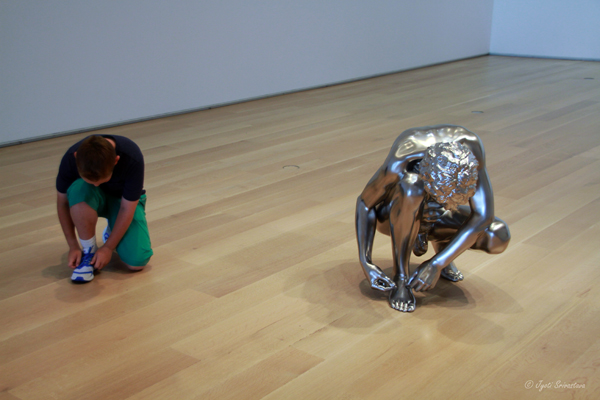 Shoe Tie [2012] is a nude self-portrait of the artist Charles ray, squatting to tie his imaginary shoelaces.

EXHIBITION HIGHLIGHTS:
– “Charles Ray: Sculpture, 1997–2014” :  is the first major exhibition devoted to celebrated Chicago-born, Los Angeles–based sculptor Charles Ray since a midcareer retrospective more than 15 years back in 1998. Charles Ray was born in Chicago in 1953 and now lives in Los Angeles. Rather than a full-blown retrospective, the exhibition focuses on works he has created between 1997 and 2014.
– The exhibition opened on May 15, 2015 and will run until October 4, 2015.
– It is co-organized by the Art Institute of Chicago and the Kunstmuseum Basel in Switzerland. In the US, it can only be seen at the Art Institute of Chicago.
– It consists of about 19 works by Charles Ray. Of these 17 are on the second floor of the Modern Wing. In addition,  “Silver” is in the Griffin Court of Modern Wing. A 19th sculpture, “Horse and Rider”, is in the museum’s south garden the Stanley McCormick Court. These present a full range of Ray’s most recent achievements with particular emphasis on figurative experiments.

Some SCULPTURE-RELATED HIGHLIGHTS:
– Six sculptures are viewed only in Chicago. Of these four new works in their museum debut: “Horse and Rider”, “Huck and Jim”, “Silver”, and “Girl on Pony”. In addition “Hinoki” is a permanent installation of the Art Institute and could not be loaned to Basel. “Baled Truck” is another sculpture that is to be viewed only in Chicago.
– Some of the works have been produced in 2014, including: “Horse and Rider”, “School Play”, “Huck and Jim” and “Mime”. “Silver” was completed this year in 2015.
– Some of the sculptures are artist’s self portraits sculptures “Shoetie” and “Horse and Rider” and also the relief sculpture “Light from the Left”. Of particular interest is the relief sculpture “Light from the Left”, as it depicts the artist and his wife Silvia Gaspardo Moro. The space is his living room and the flowers are from the front yard.
– “Boy with Frog” [2009] was originally conceived for the Punta della Dogana in Venice, where it was a major attraction.
– “School Play” [214] is a trilogy with “The New Beetle” and “Boy with Frog”. All three work use the same model, who is son a artists family-friend. However, the sculptures were not conceived as a group. 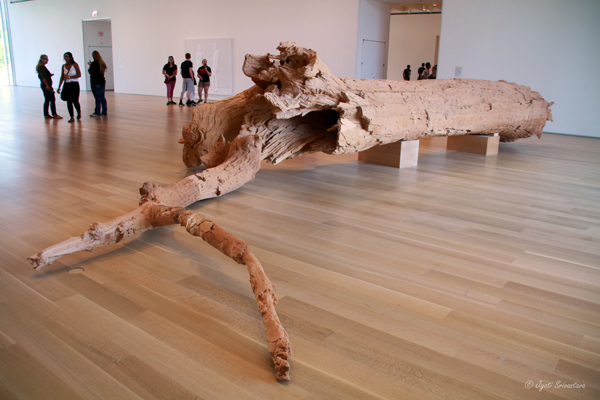 In the words of James Rondeau, the Dittmer Chair and Curator of Contemporary Art at the Art Institute, and the co-curator of  the exhibition: Charles Ray is already being recognized as one of the most important sculptors of our era. When we opened the Modern Wing, we were able to acquire his Hinoki (2007), and it has been an anchor of our presentation of contemporary art ever since. We now have the opportunity to contextualize Hinoki within Ray’s work from the same period and offer a definitive statement of a chapter in his career marked by new levels of formal, technical, and conceptual achievements. We are privileged to have been able to work closely with Ray on all aspects of this project to present a defining exhibition of the possibilities of contemporary sculpture.” 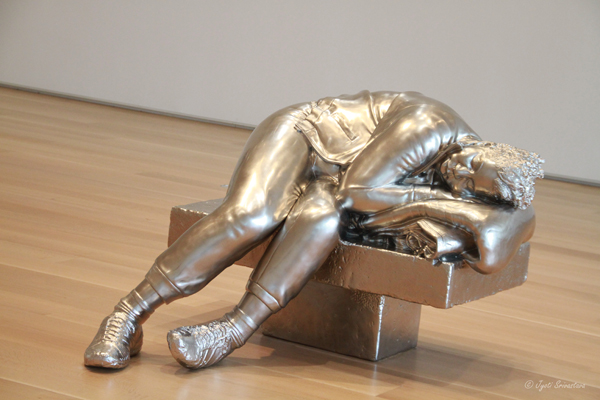 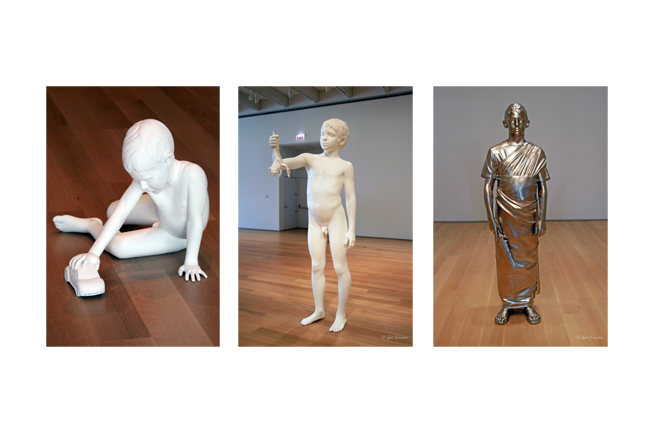 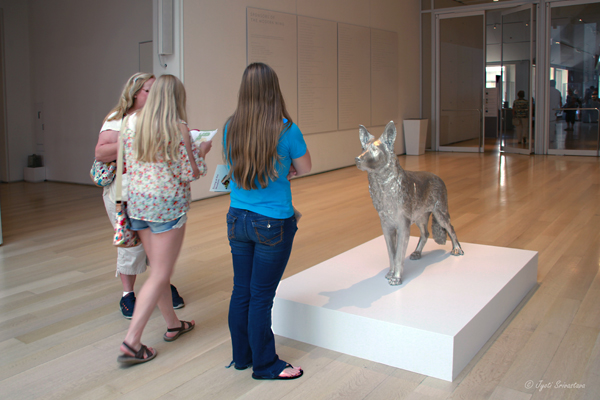 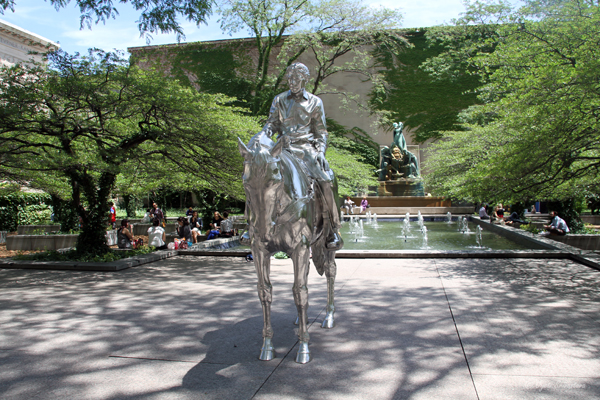 Charles Ray is a preeminent modern sculptor. The exhibition is till October 4, 2015. Go See It!