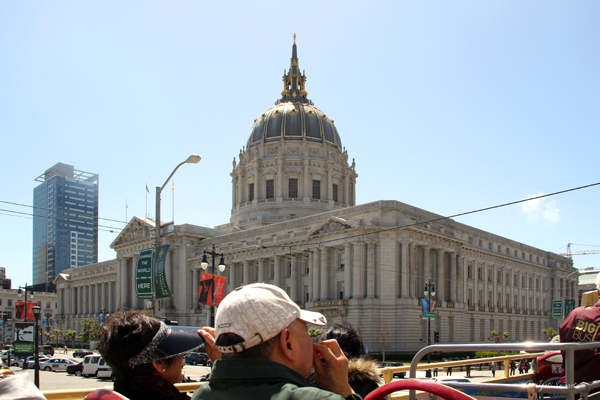 San Francisco is one of those places, I didn’t know much about, but always wanted to visit. A day trip was too insufficient to see San Francisco. It was more like introduction to the city. But I am confident about many more visits to the city in future. However, in my very small trip, I noticed a few glaring similarities between San Francisco and Chicago. Here they are.. 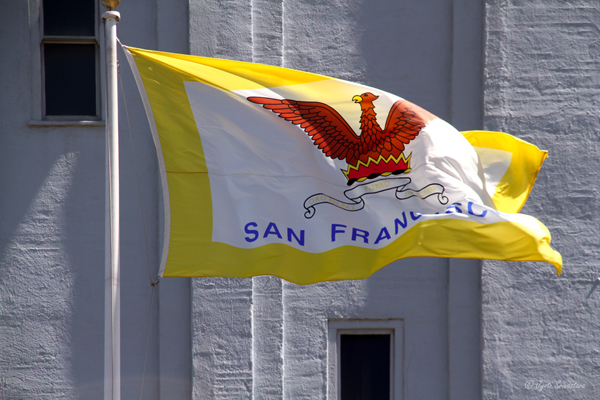 San Francisco: In 1906 a massive earthquake shook San Francisco. Though the quake lasted less than a minute, its impact was disastrous. The earthquake also ignited several fires around the city that burned for three days. The earthquake and fires killed an estimated 3,000 people and left half of the city’s 400,000 residents homeless. San Francisco rose from the ashes of fire and earthquake.  The city adopted the phoenix, a mythological bird that arises reborn from its ashes, as its symbol in 1900. The rising phoenix was officially adopted as the flag of San Francisco in 1940. 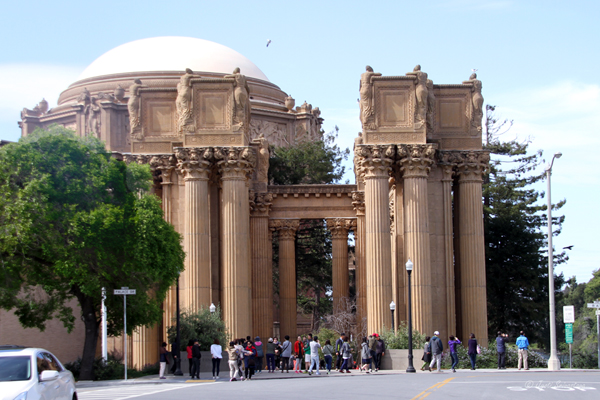 San Francisco: By 1915, only nine years after the city was destroyed, San Francisco threw a world’s fair called the Panama Pacific International Exposition, a fantastic city of domes and pastel-colored towers built in the Marina on the rubble of the old city. It showed the world that San Francisco was back. The “Palace of Fine Arts” is one of the few surviving structures from the Exposition, and is the only one still situated on its original site.

Chicago: 1893, the gates opened at the World’s Columbian Exposition, also known as the Chicago World’s Fair. It was to celebrate the 400th anniversary of the discovery of the New World by Europeans. The fair also served to show the world that Chicago had risen from the ashes of the Great Chicago Fire, which had destroyed much of the city in 1871. 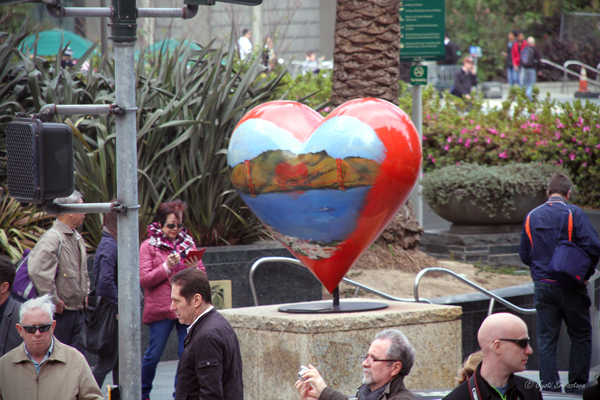 Both cities hold on to songs by pop-culture icons. San Francisco celebrates Tony Bennett’s 1962 song “I Left my Heart in San Francisco”, whereas Chicago touts Frank Sinatra’s 1964 song  “My Kind of Town [Chicago is]”. 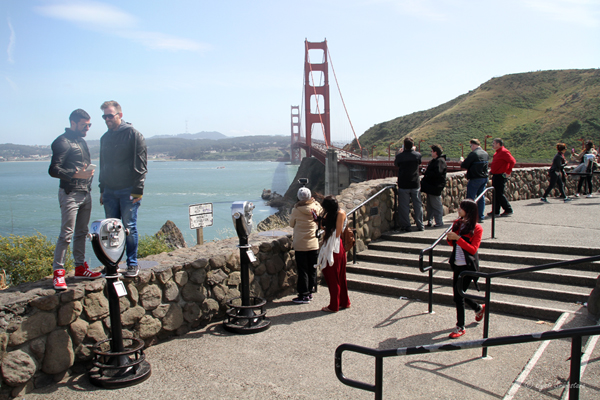 San Francisco: the Golden Gate bridge – was once thought to be impossible to make!

[5] ACHIEVING SOMETHING CONSIDERED IMPOSSIBLE:
San Francisco: The Golden Gate Bridge opened in 1937
Chicago: Reversed the flow of Chicago River in 1900.

San Francisco: Construction of the Golden Gate bridge in 1937. At the time, experts thought that it would be impossible to build a bridge across the nearly 7,000 foot Golden Gate straight, as extremely strong tides and currents in that area are would make construction extremely difficult and dangerous. To add, the area has strong winds and thick fog. The idea of building a bridge there seemed like an impossibility in the early 1900s.

Chicago: Reversed the flow of Chicago River in 1900. The project seemed impossible at the time. It involved drilling through 28 miles of solid bedrock, that connected Lake Michigan at Chicago with Des Plaines River at Lockport, Illinois. The work started in 1889 and was completed in 1900. The reversal prevented the yearly deaths of thousands of Chicago residents from waterborne diseases such as typhoid and cholera. 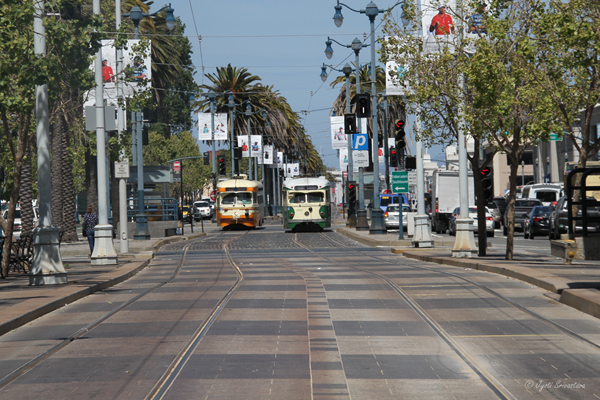 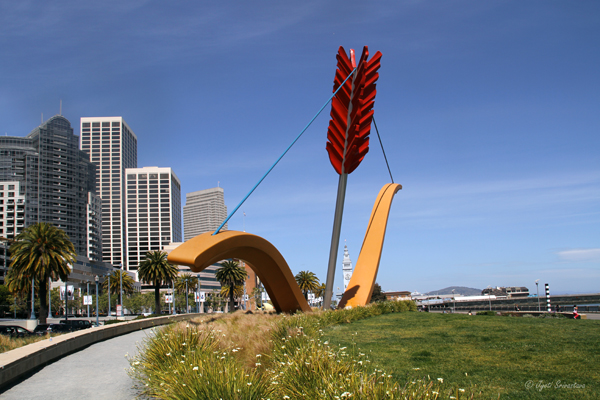 [7] MODERN SCULPTURES as SYMBOL of the CITY:
Both cities have modern sculptures as most recognizable symbol of the city.
San Francisco: has”Cupid’s Span” [2002] by Claes Oldenburg and Coosje van Bruggen
Chicago: has the “Cloud Gate” [2004] by Anish Kapoor. 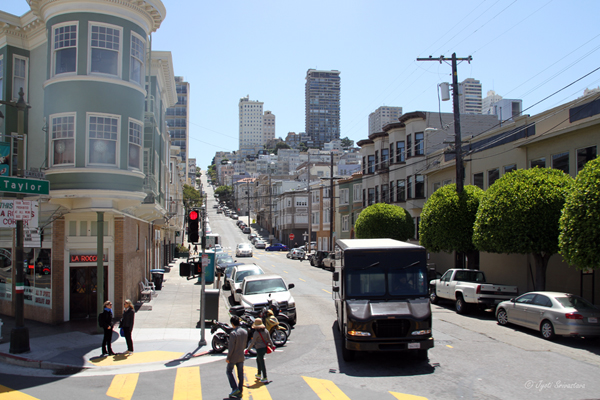 San Francisco was rebuilt quickly too quickly, some critics said. The grand plan by Daniel Burnham for a city of sweeping boulevards and monuments was considered briefly and junked. Chicago embraced the 1909 Burnham Plan for the City.