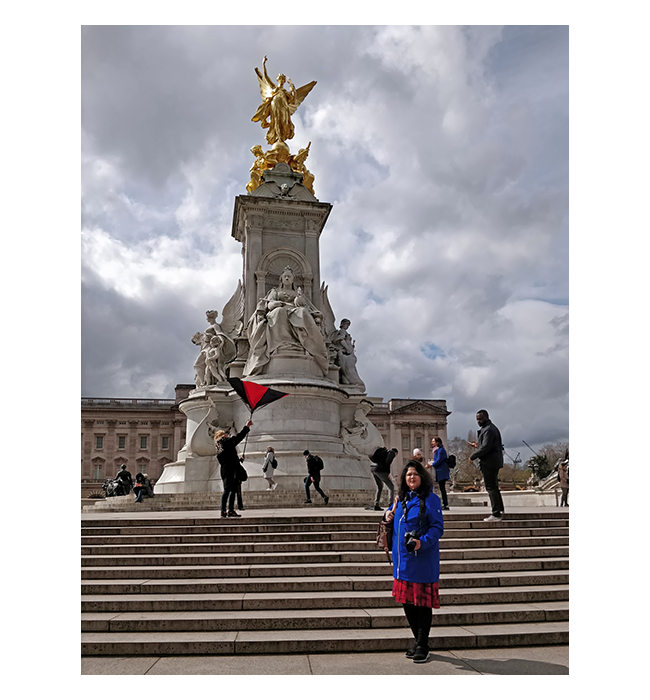 Location: In front of Buckingham Palace, the end of The Mall in London

It was the centre-piece of an ambitious urban planning scheme, which included
the creation of the Queen’s Gardens to a design by Sir Aston Webb,
and the refacing of Buckingham Palace (which stands behind the memorial) by the same architect. 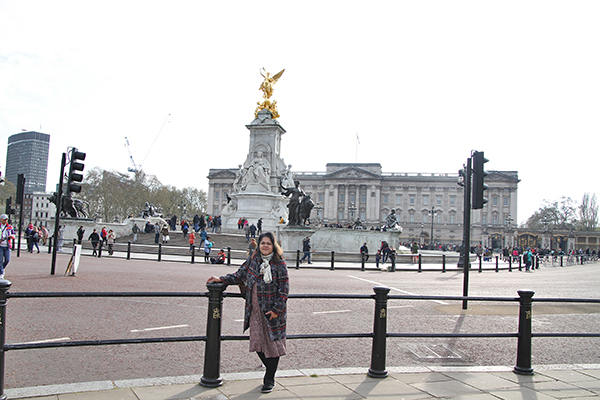 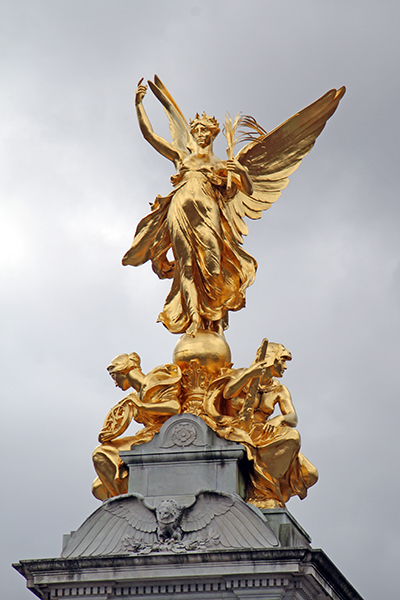 At the top of the central pylon stands a gilded bronze Winged Victory, standing on a globe and with a victor’s palm in one hand. Beneath her are personifications of Constancy, holding a compass with its needle pointing true north, and Courage, holding a club. Beneath these, on the eastern and western sides, are two eagles with wings outspread, representing Empire. 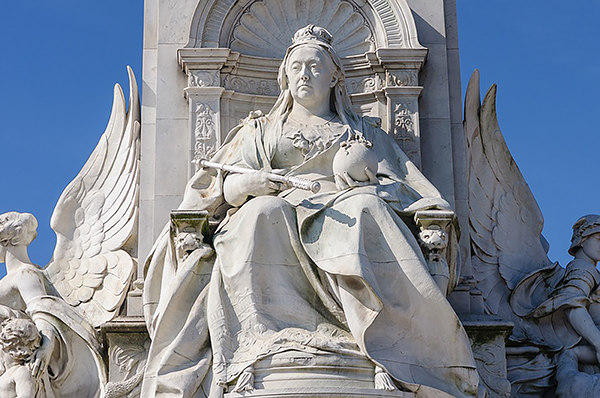 Below the Winged Victory statue are the statues of an enthroned Queen Victoria (facing The Mall) and of Motherhood (facing Buckingham Palace). There are with Justice (facing north-west towards Green Park) and Truth (facing south-east). These were created from solid blocks of marble.

Brock described the symbolism of the Memorial, saying that it was devoted to the “qualities which made our Queen so great and so much beloved. He added that the statue of the Queen was placed to face towards the city, while flanked by Truth and Justice as he felt that “she was just and that she sought the truth always and in circumstances”, while the Motherhood was to represent her “great love for her people.” 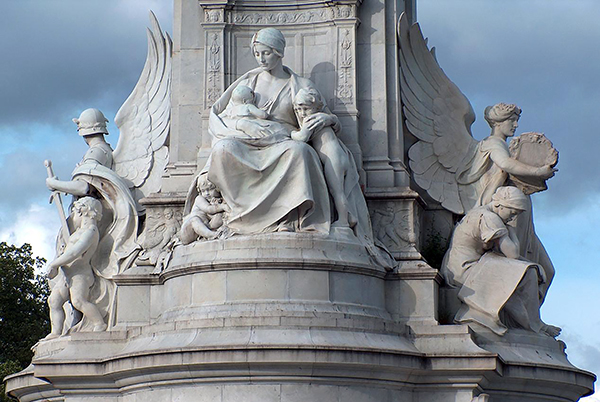 At the four corners of the monument are massive bronze figures with lions, representing Peace (a female figure holding an olive branch), Progress (a nude youth holding a flaming torch), Agriculture (a woman in peasant dress with a sickle and a sheaf of corn) and Manufacture (a blacksmith in modern costume with a hammer and a scroll). The self-bases of the last two groups are inscribed THE GIFT OF NEW ZEALAND.

The whole sculptural program has a nautical theme, much like the rest of The Mall (Admiralty Arch, for example). This can be seen in the mermaids, mermen and the hippogriff, all of which are suggestive of the United Kingdom’s naval power.

The memorial is placed in the middle of an architectural setting of formal gardens and gates designed by the architect Sir Aston Webb.

At nearly 25 metres (82 ft) tall, the Victoria Memorial remains the tallest monument to a King or Queen in England. 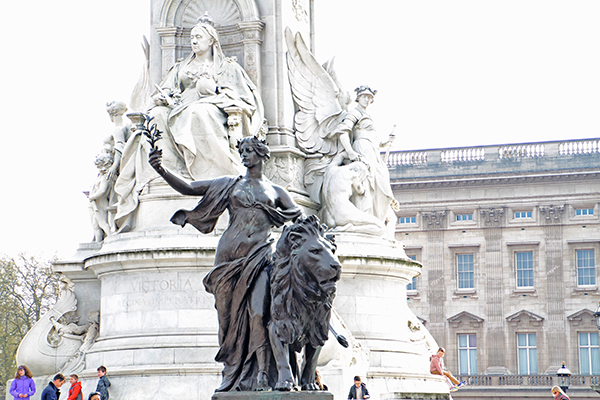 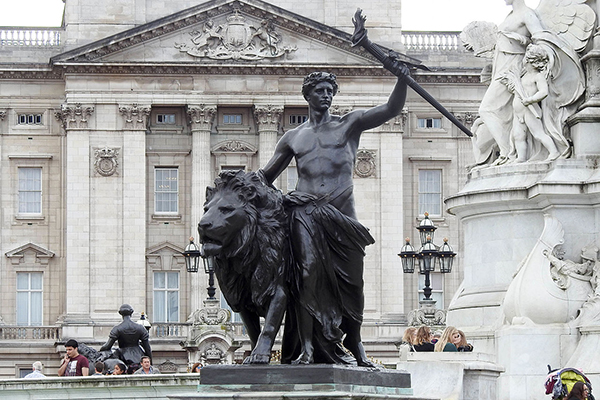 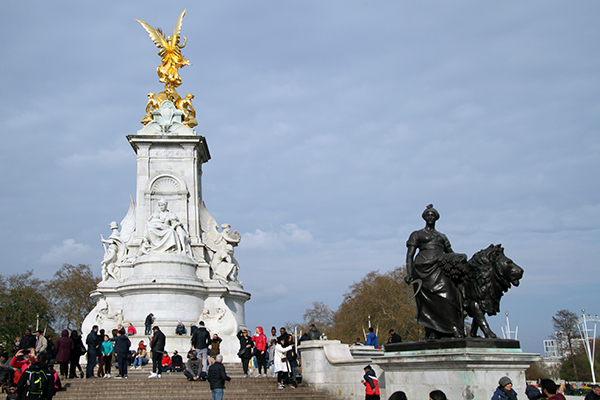 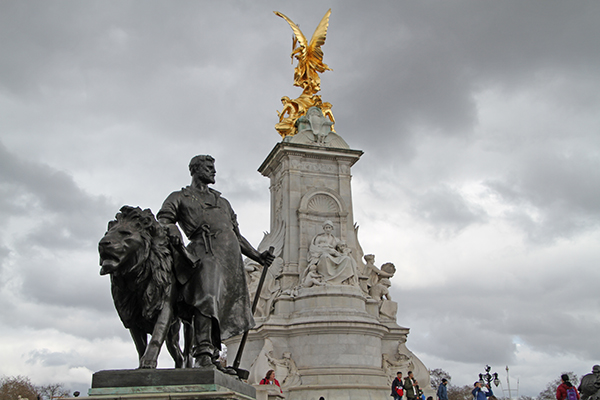 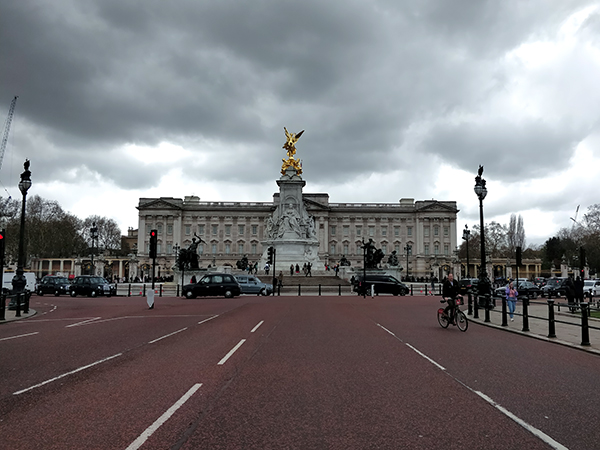 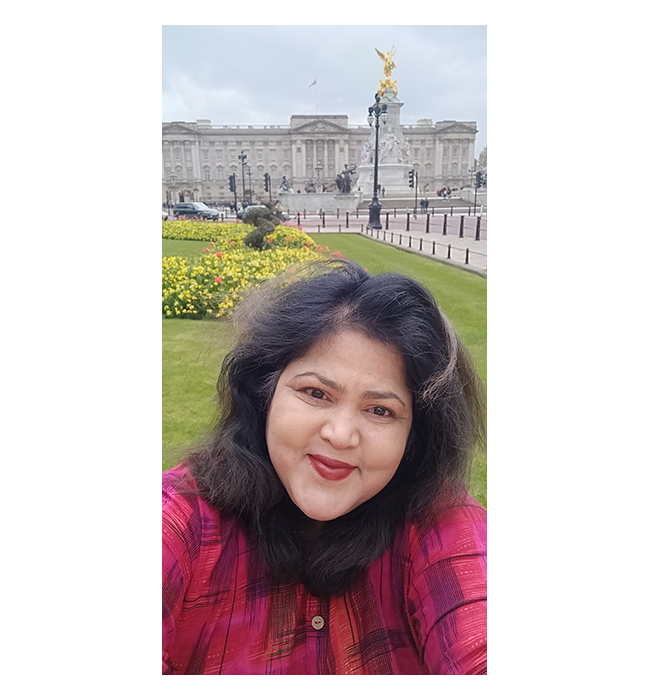 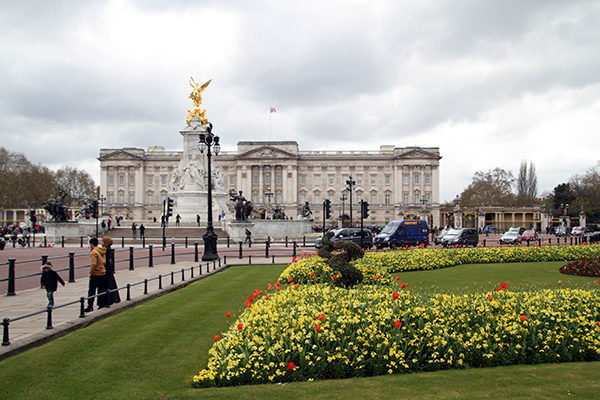 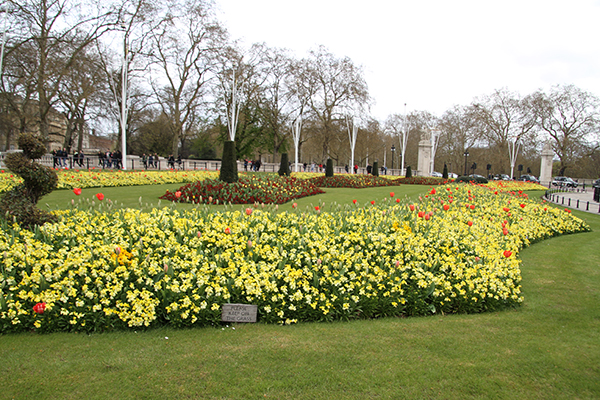