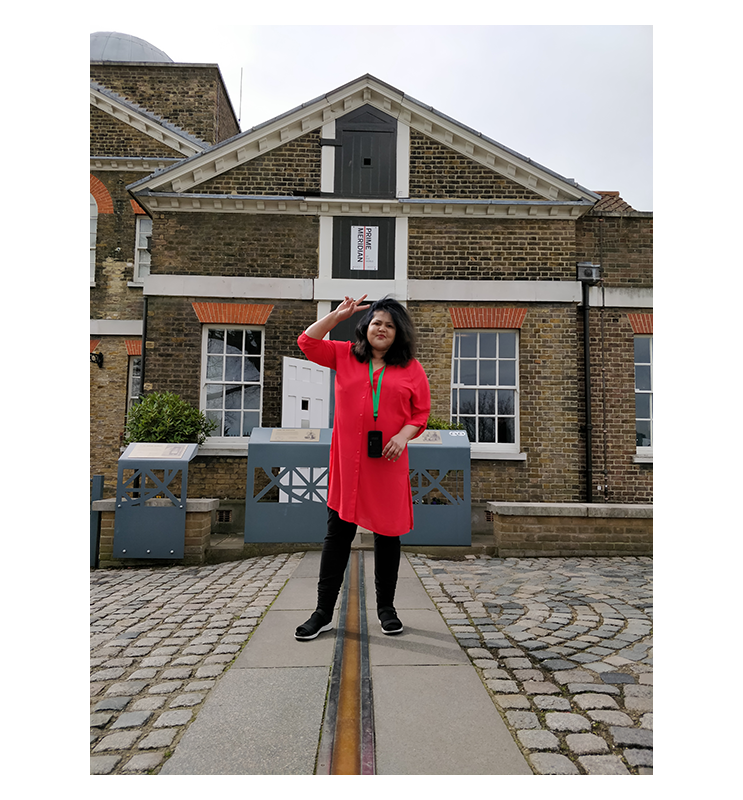 Home of Greenwich Mean Time (GMT), the Prime Meridian of the world and London’s Planetarium.

Standing on the Prime Meridian Line 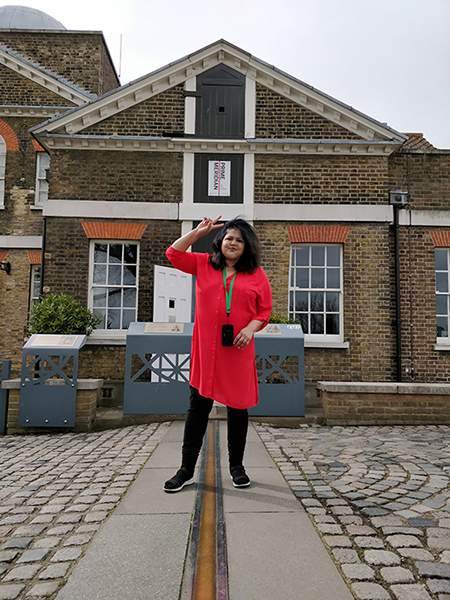 Standing on the Prime Meridian Line

Since the late 19th century, the Prime Meridian at Greenwich has divided the eastern and western hemispheres of the earth – just as the equator divides the northern and southern hemispheres.

In 1884 the Prime Meridian was defined by Transit Circle telescope at the Royal Observatory which was built by Sir George Biddell Airy, the 7th Astronomer Royal, in 1850. The cross-hairs in the eyepiece of the telescope precisely defined Longitude 0° for the world. 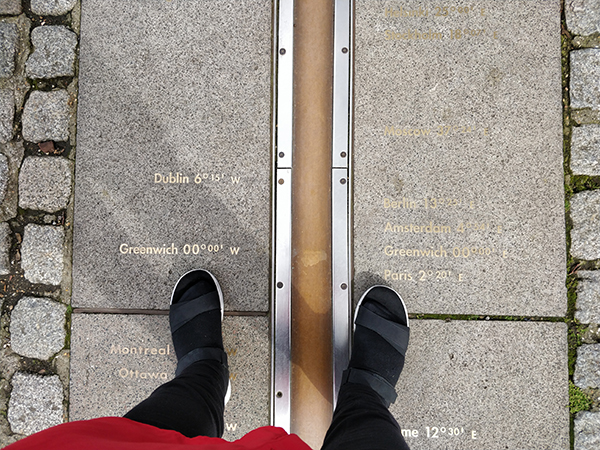 The 0 degree line of longitude that passes through the Royal Observatory in Greenwich, England is called the Greenwich Meridian.

This line is the starting point for longitudinal lines that run north-south and converge at the poles.

The Greenwich Meridian (or prime meridian) is a 0° line of longitude from which we measure 180° to the west and 180° to the east. These measurements are the basis of our geographic reference grid. 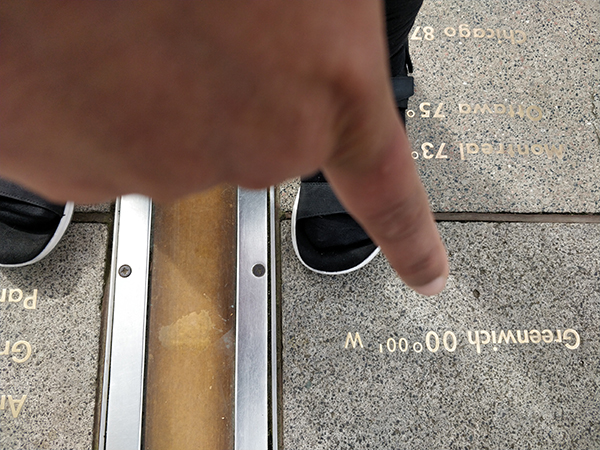 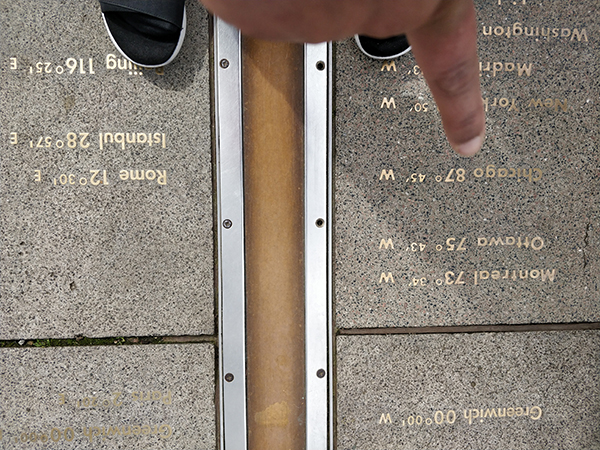 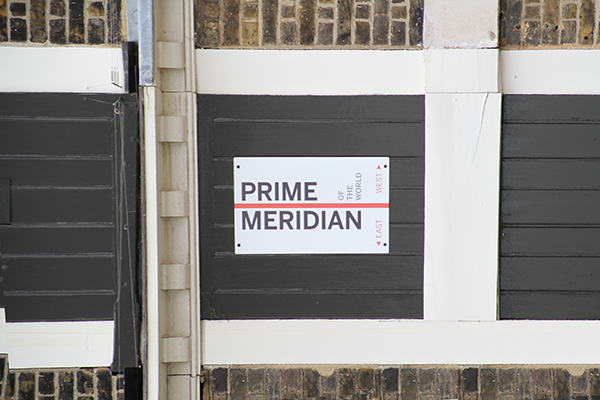 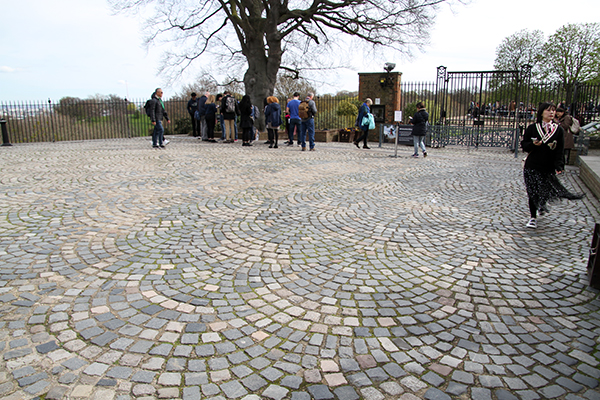 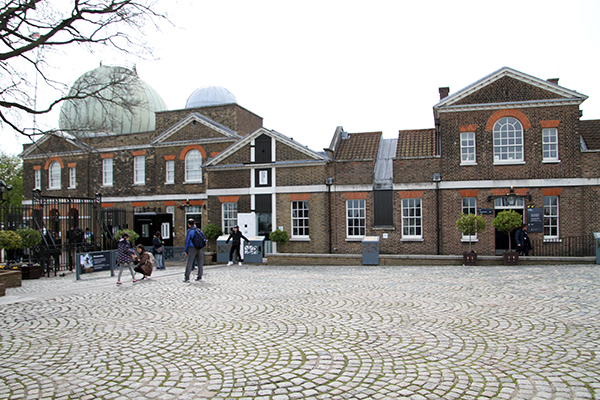 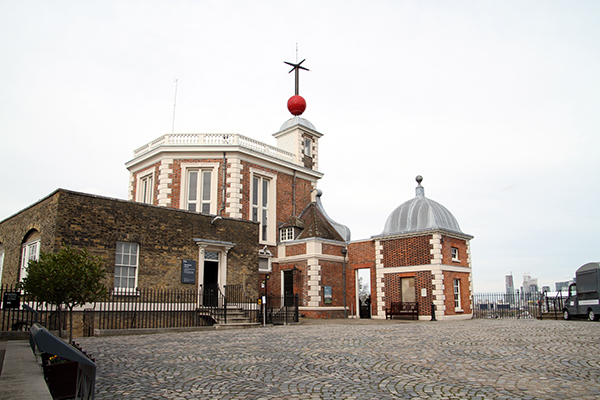 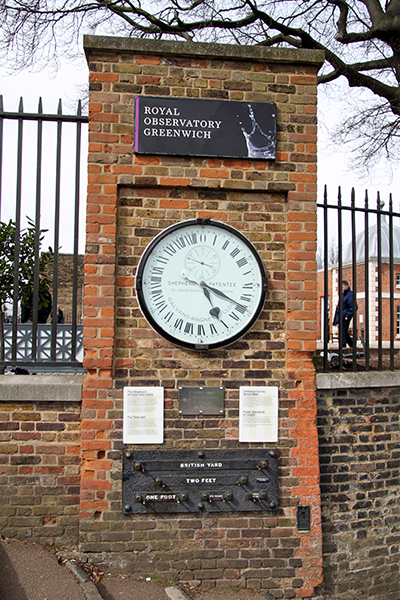 The Shepherd Gate Clock is mounted on the wall outside the gate of the Royal Greenwich Observatory building in Greenwich, Greater London. The clock, an early example of an electric clock, was a slave mechanism controlled by electric pulses transmitted by a master clock inside the main building. The network of master and slave clocks was constructed and installed by Charles Shepherd in 1852. The clock by the gate was probably the first to display Greenwich Mean Time to the public, and is unusual in using the 24-hour analog dial. 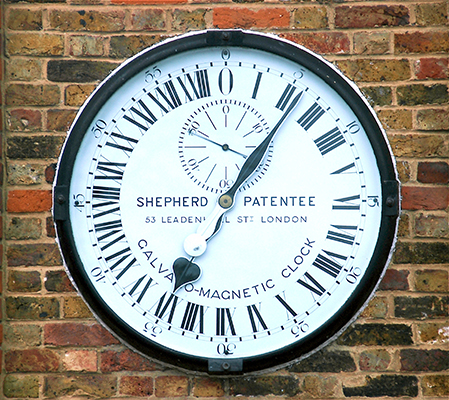 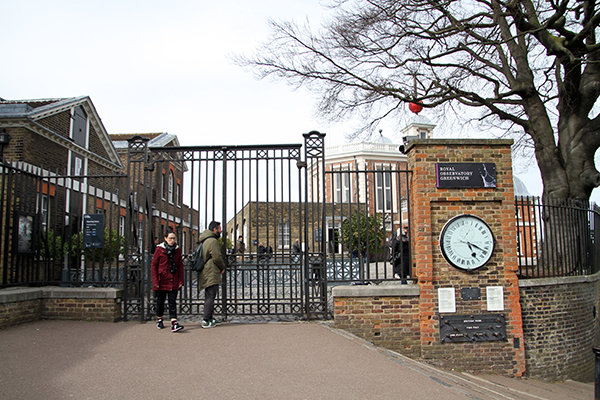 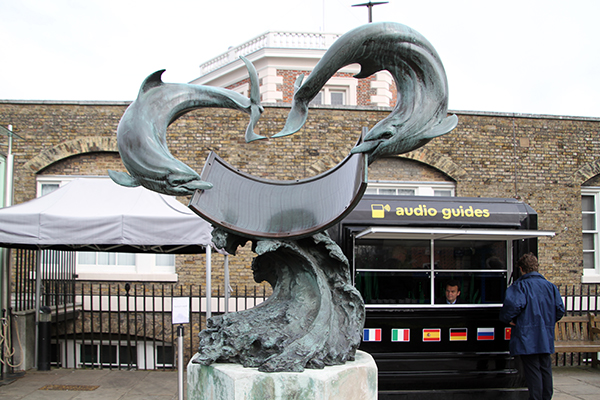 Dolphin Dial – by Edwin Russell
Two bronze dolphins hold the dial-plate in their mouths and curve over so that their tails almost meet above the dial-plate. The centre of the gap between the two tails acts as the gnomon.