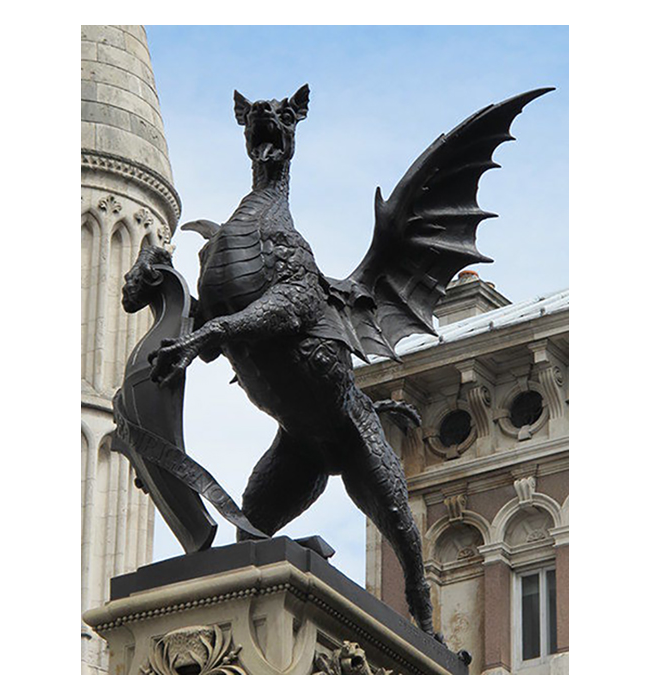 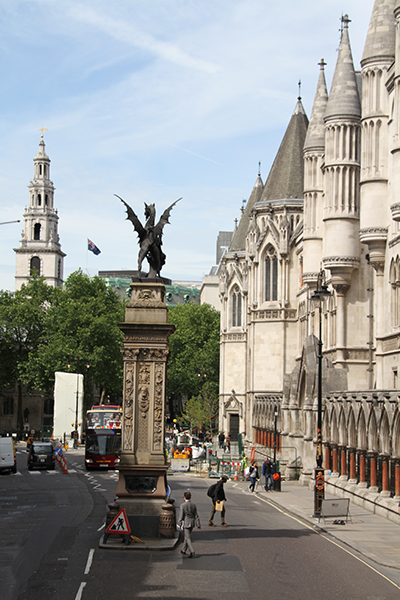 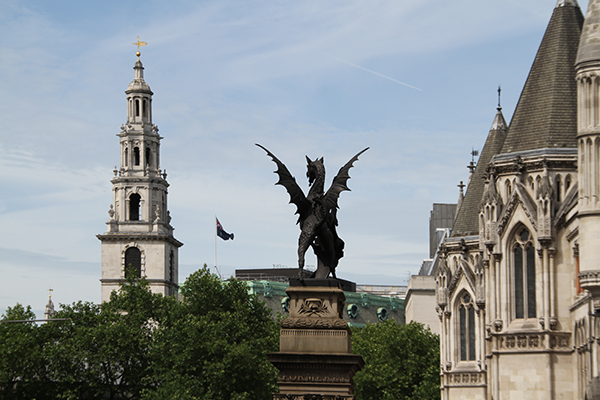 The City of London: It has its origins in the fortified Roman settlement of Londinium, which was erected roughly two thousand years ago on the northern bank of the River Thames and came to encompass one square mile within its walls. It is for this reason that despite the City of London actually covering an area of two square miles, Londoners still affectionately refer to it as ‘the Square Mile’.

Greater London: or London, as it’s more commonly known. It’s not only the capital city of the United Kingdom, it’s also a county that covers a total area of 607 square miles and incorporates 32 boroughs, as well as the City of London – we’ll come to that in a second.

These Dragon Boundary Marks are for marking the boundaries of the City of London. 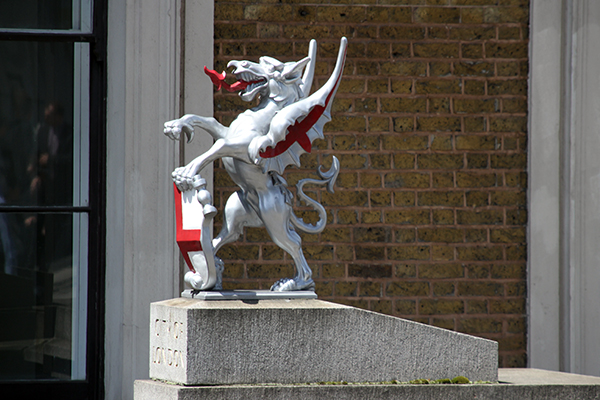 These are found at various spots:
the Birch Dragon at Temple Bar, the two original Coal Exchange statues on Victoria Embankment,  there are two replicas of the Coal Exchange dragon at the south end of London Bridge, two on High Holborn, and single replicas on Aldgate High Street, Bishopsgate, Moorgate, Aldersgate Street, Farringdon Street, and at the south end of Blackfriars Bridge.

There are two types of dragons: Temple Bar Dragon is black and other dragons are silver.

The Temple Bar Dragon is a different breed to the other dragons, it stands guard over the boundary between the City of London and the City of Westminster. The Temple Bar dragon looks rather more fierce than the others. It is the tallest of all the dragons and has a very gothic look to it. Unlike the other boundary dragon, it is black and not silver.

Other dragons are painted silver, with details of their wings and tongue picked out in red. The dragon stands on its two rear legs, with the right foreleg raised and the left foreleg holding a shield which bears the City of London’s coat of arms, painted in red and white.

The design is based on two large dragon sculptures, 7 feet high, which were mounted above the entrance to the Coal Exchange on Lower Thames Street, designed by the City Architect, J. B. Bunning, and made by London founder, Dewer, in 1849. The dragons were preserved when the Coal Exchange was demolished in 1962-3. The two original statues were re-erected on 6 feet high plinths of Portland stone at the western boundary of the City, by Temple Gardens on Victoria Embankment, in October 1963.