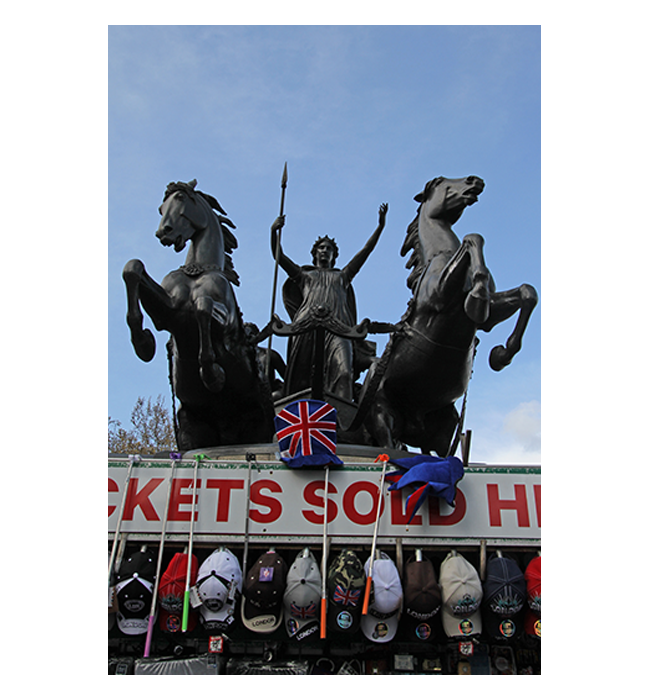 Boadicea Monument – by Thomas Thornycroft
aka Boadicea and her Daughters

The statue represents Boudica, queen of the Celtic Iceni tribe, who led an uprising in Roman Britain. 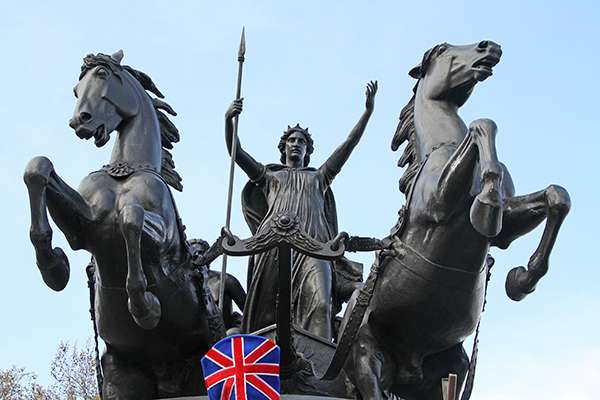 The statue portrays Boudica (commonly written as “Boadicea” in the Victorian era), Queen of the Iceni tribe of Britons, accompanied by her two daughters, mounted on a scythed chariot drawn by two rearing horses. The chariot is based on Roman models, not native British or Iceni models, and has a scythe blade attached to each wheel. She stands upright, in a flowing gown, with a spear in her right hand and her left hand raised. Her daughters with bared breasts crouch in the chariot, one to either side of their mother. None of them are holding any reins to control the horses.
Beneath the statue are the words: “Boadicea (Boudicca) queen of the Iceni who died AD 61 after leading her people against the roman invader.” 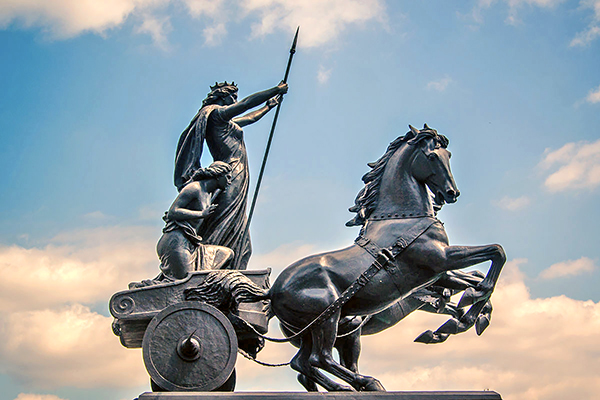 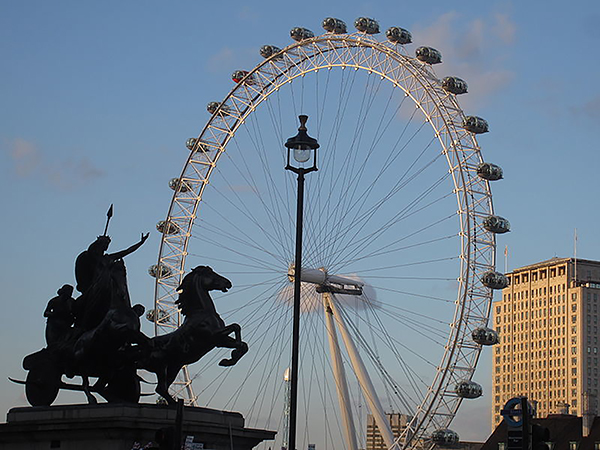