2018 Shedd Aquarium / Washed Ashore: Art to Save the Sea 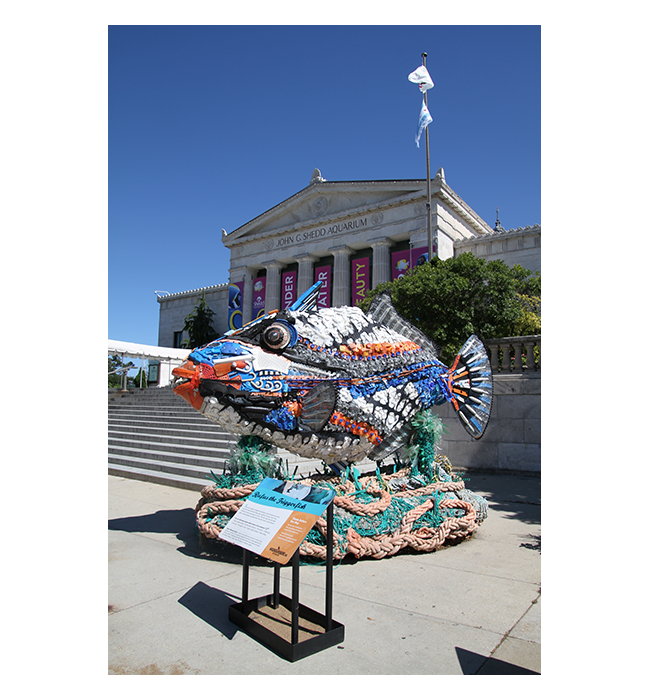 Washed Ashore: Art to Save the Sea

Washed Ashore installation features about 20 colorful sculptures of aquatic animals. It includes a 11-foot seahorse, a sinuous 13-foot-long eel, a 150-pound anemone and other animals like octopus, otter, jellyfish, and polar bear.

The sculptures are made from debris collected from Pacific Coast beaches by volunteers. These include plastic beverage bottles, straws, lighters, toothbrushes, flip-flops, ropes, toys and other mostly plastic flotsam and jetsam — more than 5 tons of it just in this exhibition — that washed up and were collected on West Coast beaches.

Each sculpture is designed and directed by Angela Haseltine Pozzi and then created in collaboration with other lead artists, Washed Ashore staff and hundreds of volunteers in Bandon, Oregon. Trash in the ocean is a worldwide problem.

The not-for-profit Washed Ashore Project was born in 2010 after artist Angela Haseltine Pozzi witnessed mounds of plastic trash piling up on formerly pristine beaches along her native Oregon coast. She organized all-volunteer cleanups and used the collected trash—washed and sorted—to create massive, realistic sculptures of the sea animals most affected by the pollution. Since the project began, 10,000 volunteers have removed more than 38,000 pounds of plastic trash—largely single-use plastics—from over 300 miles of beaches. Ninety-five percent of the debris collected has been used in more than 60 sculptures so far. 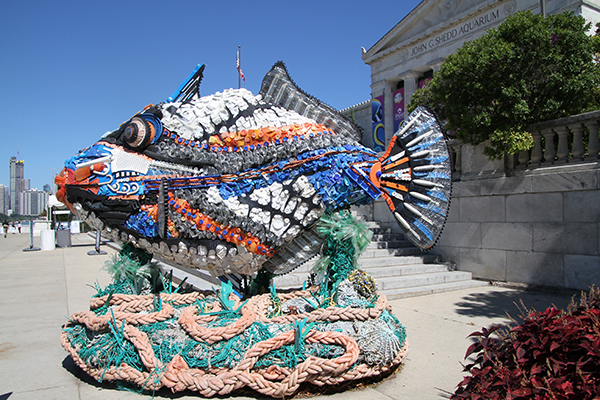 There are 40 species of triggerfish swimming in oceans throughout the world. Using their powerful jaw and sharp teeth, triggerfish are able to eat urchins, mollusks and even large algae off rocks. Their bite marks have been seen on floating plastics and plastic pieces have been found in their stomachs. 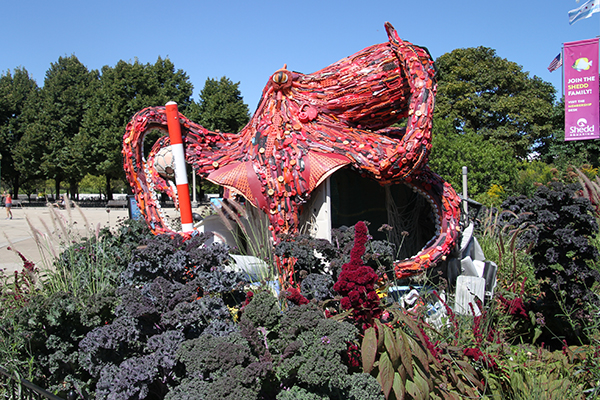 Although they live an average of just four years, Giant Pacific Octopuses can grow over 20 feet in length.

The octopus is one of the most intelligent species of the Ocean. It has the ability to problem solve, use tools and communicate by changing colors. In order to keep these incredible creatures healthy, we need to keep the environment clean. 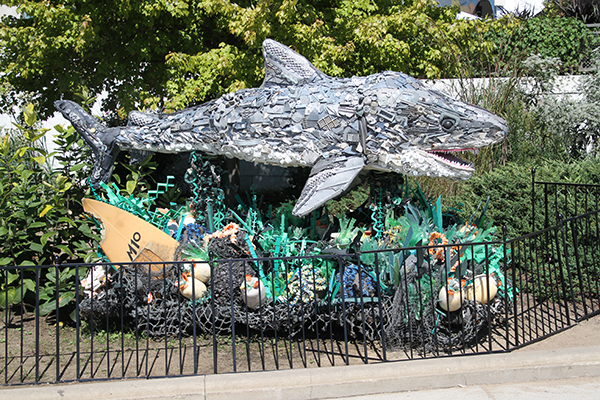 Tiger sharks are known for their voracious appetites and their tendency to try to ingest almost anything they encounter. In addition to turtles, seals, birds and other animals, tiger sharks have been found with tires, license plates and plastic debris in their stomach. Sharks are vital part of ocean ecosystem. Lets stop feeding them trash. 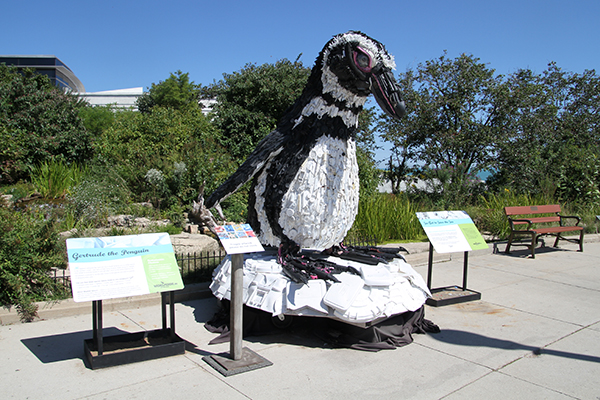 Magellanic penguins like Gertrude live in South America and a few islands in Southern Ocean. Like many flying cousins, these penguins migrate from winter to summer locations and will return to the same breeding site.

Oil pollution continues to be the main threat to this species and kills thousands of penguins every year.