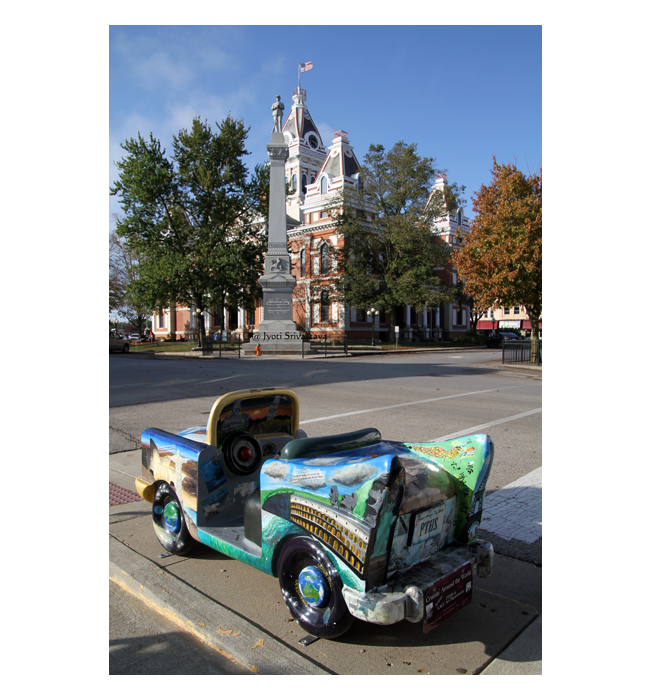 U.S. Route 66 is the Main Street of America or the Mother Road. It was one of the original highways within the U.S. Highway System. US 66 was established on November 11, 1926, with road signs erected the following year. The highway, which became one of the most famous roads in the United States, originally ran from Chicago, Illinois, through Missouri, Kansas, Oklahoma, Texas, New Mexico, and Arizona before ending at Santa Monica, California, covering a total of 2,448 miles.US 66 was officially removed from the United States Highway System in 1985, after it had been replaced in its entirety by segments of the Interstate Highway System. Portions of the road that passed through Illinois, and a few other states have been designated a National Scenic Byway of the name “Historic Route 66″, which is returning to some maps. Several states have adopted significant bypassed sections of the former US 66 into the state road network as State Route 66. Route 66 was recognized in popular culture by both the hit song “(Get Your Kicks on) Route 66″ and the Route 66 television show in the 1960s.

Route 66 history in Pontiac dates back to the earliest days of the “Mother Road.” From the road’s inception in 1926, through its decommissioning in the 1980s, Pontiac has been blessed with a number of famous Route 66 icons. There have been four different alignments of Route 66 as it made its way through town. Today there are six wayside exhibits in Pontiac, and each tells a different story about America’s Main Street highway and the City of Pontiac. 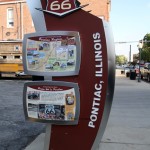 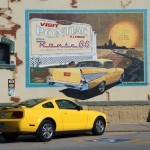 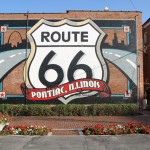 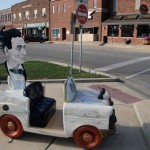 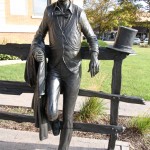 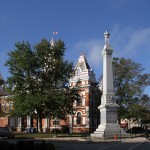 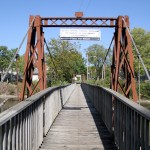 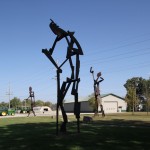 Seasons of Life – by Barry Tinsley