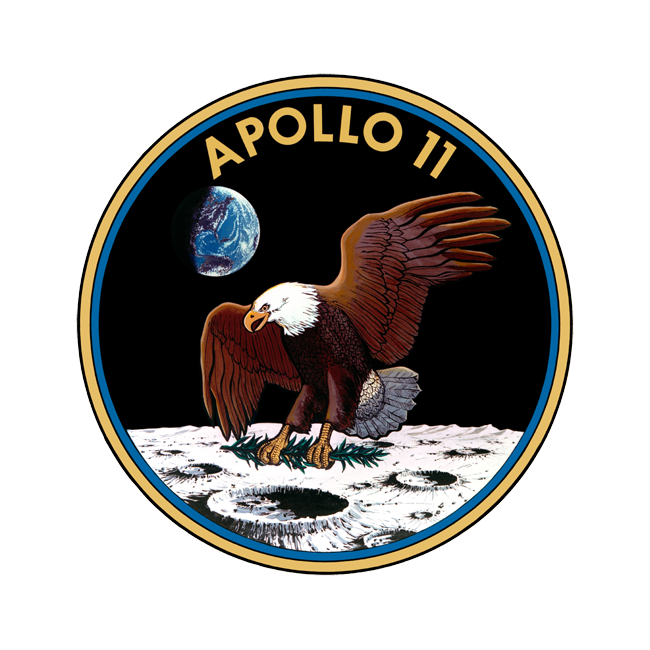 The above image of insignia of the first manned moon landing,
“The Eagle has Landed,” is by NASA [public domain] via wikimedia commons.

First Manned Moon Landing and the City of Batavia, IL

One of the proudest moments in American history is when Apollo 11, the first manned lunar mission, made contact with the surface of the moon on July 20, 1969. “The Eagle has landed,” with those words, the dream President John F. Kennedy had at last come true. Mission commander Neil Armstrong, and pilot Buzz Aldrin became the first two human beings to walk on the lunar surface.  The city of Batavia, Ill., has a small behind-the-scene contribution to this historic lunam mission. 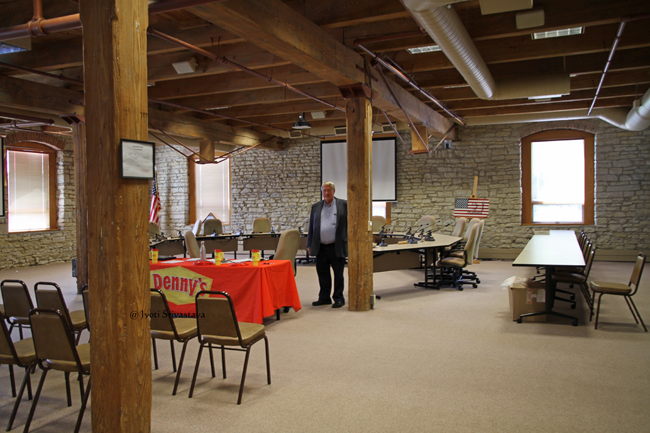 Batavia Mayor Jeff Schielke proudly stands in the room, where the flexible fuel lines were made by DK Aerospace Company, which were used in Saturn V rocket to launch the Apollo 11 spaceflight. This room was in the old Appleton Building, which is now Batavia’s Municipal Center.

July 20, 1969;  Apollo 11 became the first manned spaceflight that landed the first two humans on the Moon. Mission commander Neil Armstrong and pilot Buzz Aldrin. Armstrong became the first to step onto the lunar surface, Aldrin joined him about 20 minutes later. They spent about two and a quarter hours together outside the spacecraft. Michael Collins piloted the command module Columbia alone in lunar orbit while they were on the Moon’s surface.

The first manned spaceflight is one of the prodest moments in American history!

The city of Batavia, IL., has a small behind-the-scene contribution in the Apollo 11 mission.

Batavia’s contribution is in how the spaceflight Apollo 11 was launched.

Apollo 11 was launched by a Saturn V rocket from Kennedy Space Center, Florida. Part of the components of Saturn V were flexible fuel lines. These were made by DK Aerospace Company, which operated in the old Appleton Building.  The building is now repurposed as Batavia’s Municipal Center..

So the Saturn V rocket, which launched the Apollo 11 spaceflight, had flexible fuel lines made by DK Aerospace Company, which operated in the old Appleton Building, which is now in Batavia’s Municipal Center.

A book “First On The Moon,” co-authored by  the three austronauts Neil Armstrong, Michael Collins and Edwin “Buzz” Aldrin, was published in 1970. The book gives exclusive story of Apollo 11,  from the earliest preparations to the final touchdown, and back on Planet Earth.  The book also mentions the participation of small industries across the country, including one for Batavia.

But this is not the only story!

Astronaut Buzz Aldrin – who placed the flag on the moon – his family roots can be traced back to Batavia.

Buzz Aldrin was the granndson of Rev. Faye Arnold Moon, who was minister of the First Methodist Church on Batavia Avenue. Rev Moon and his family left the Methodist Church in 1917, when he joined the US Army to become a chaplin in World War I. Buzz Aldrin’s mother, Elizabeth F. Moon had lived in Batavia from 1915 to 1917, while her father was minister at the church.

Needless to say, the news that a first American astronaut to land on the moon was the grandson of a former Batavia minister by the name of Moon caused a mild sensation. Chicago television networks called out to Batavia to hear the story firsthand and found it a rather unique play of words which was to receive national news attention during the Apollo 11 flight. 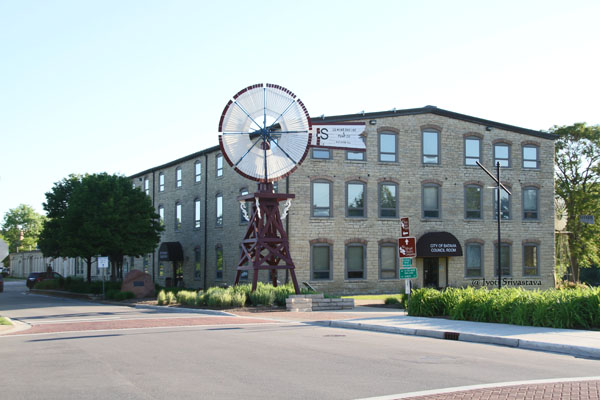