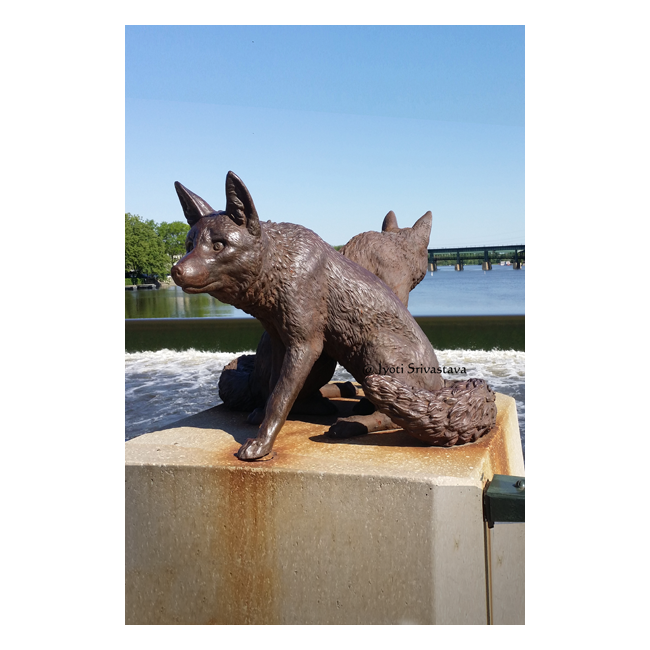 My first impressions of St. Charles was…
As if someone painted an idealised picturesque river town, and then magically breath life into it! What a beautiful city!

St. Charles is a beautiful river town, with spectacular river walk, beautiful parks, charming downtown and several places for casual or fine dining. Some of the most important significant in St. Charles are along the Fox River: St. Charles Municipal Building, Baker Hotel and the Arcada Theatre.

But my main interest was exploring Public Art as I was walking along the Fox River.
I can categorize into three distinct areas.
[1] East Bank – North of Main street
Reflections by Guy Bellaver, Ekwabet statue by Guy Bellaver, Fox Cycle by Francis Joseph Gagnepain IV, and the Pottawatomi Park.

[3] West Bank: South of Indiana Street
Bob Leonard Walkway, with sculpture “If I Could But Fly” by Bob and Jo Wilfong. The walkway takes to the Mount St. Mary Park with sculpture garden. 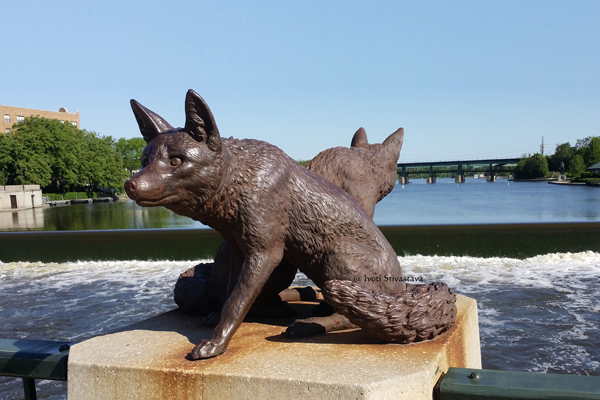 The Legend of Charlemagne

The Fox River is originally named after the same Fox Indian tribe, which lived along the river to Wisconsin where the waterway starts. The slogan “Pride of the Fox,” was adopted by the city in late 1960s. Today the fox symbol is found everywhere in St. Charles.

The most famous are the four bronze foxes on the Main Street bridge. These were made in France were a gift to the city in 1927 from Herbert Crane of Crane Plumbing. The legend, “The Four Sons of Charlemagne,” is about four foxes entrusted as the guardians of soon-to-come pioneer settlements after the Sacs, Fox and Pottawatomie Indian tribes were forced to move west. 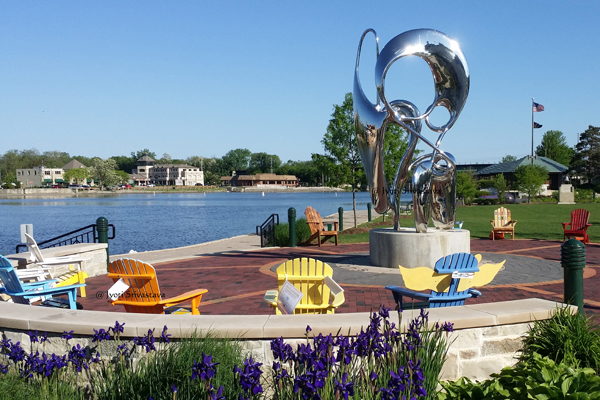 “Reflections” by Guy Bellaver was dedicated in August, 2015. It is located in the Volunteer Plaza, which is north of the Municipal Building, on the east bank of the Fox River. The Volunteer Plaza in St. Charles, honors volunteerism, as exlempified in the work of Max Hunt and his wife, Doris Hunt. The sculpture is about the energy found in volunteers, and Bellaver said he wanted residents to see themselves reflected within the city. 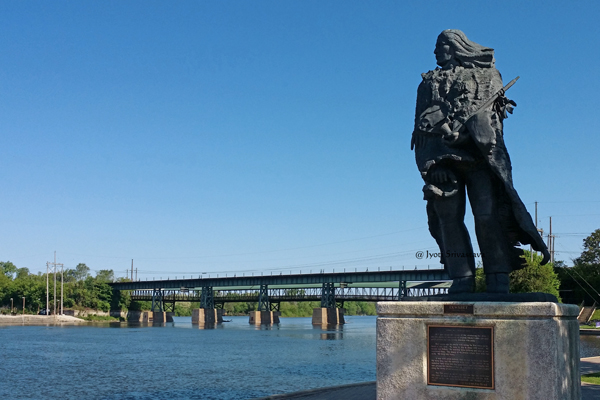 St Charles was the location of the Native American community for the chief of the Pottawatomie that inhabited the area. A city park overlooking the river was dedicated to this Native American past. After the Black Hawk War in 1832, the entire area of the Fox Valley was opened to American settlement.

St. Charles was also the place of settlement for diverse groups of European immigrants, including those from Ireland and Sweden during the 1840s and 1950s, and later, groups from Belgium and Lithuania. 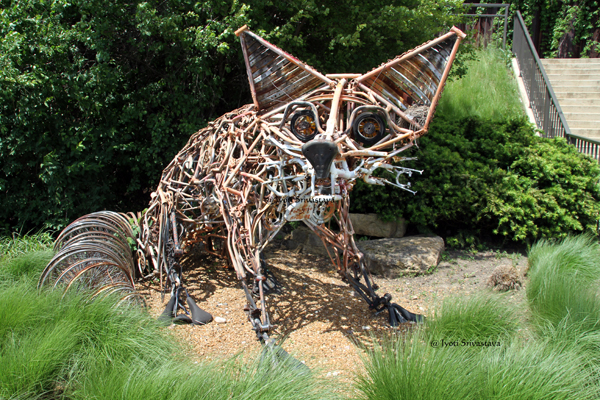 I have really enjoyed the implicit pun in this sculpture. We all know about the water-cycle and the importance of rivers in water-cycle. The river here is Fox River. The sculpture of fox is made up of recycled bicycle parts, and is located on the Fox River. The city is St. Charles, with the slogan “Pride of Fox.” 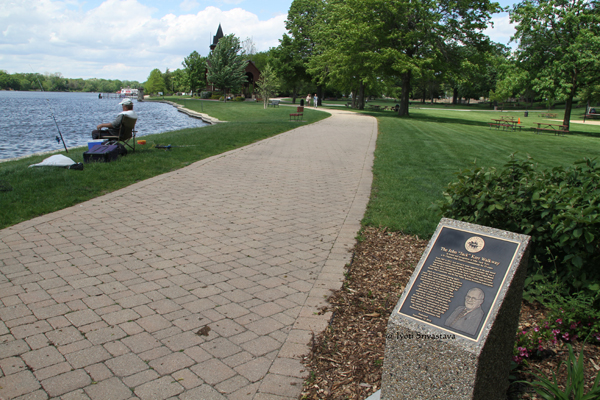 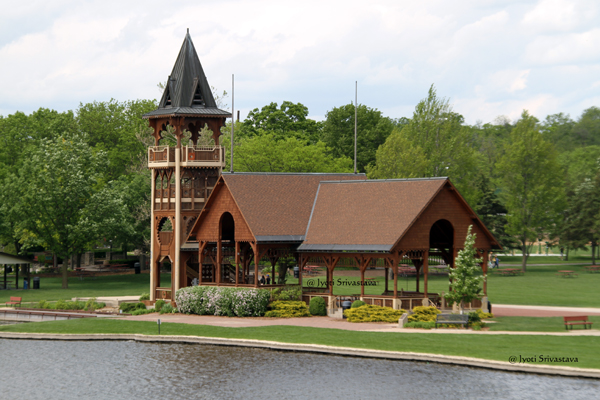 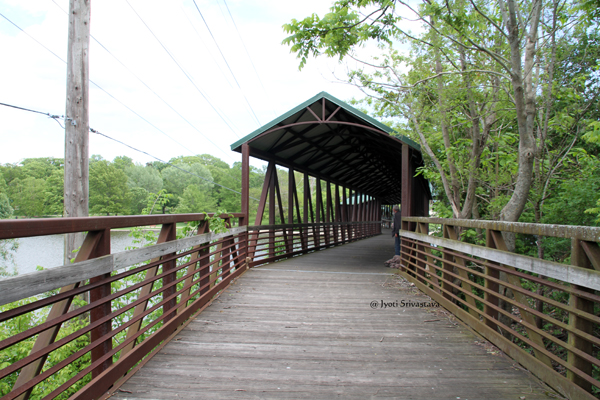 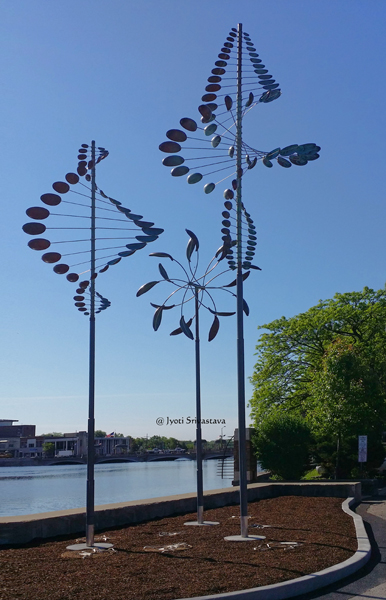 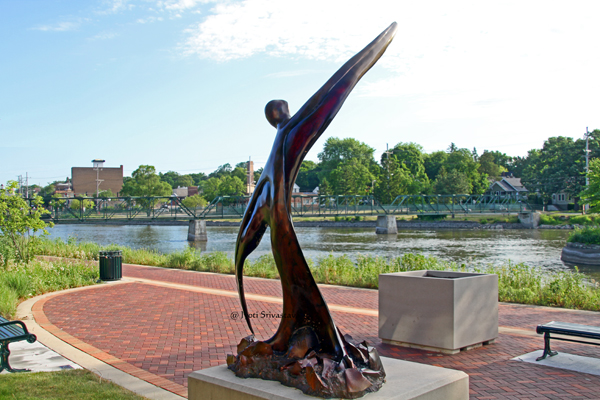 If I Could But Fly – by Bob and Jo Wilfong

The sculpture “If I Could But Fly,” by Bob and Jo Wilfong, is located in the Bob Leonard Walkway. The 6 feet bronze sculpture honors the walkway’s namesake, who was a pilot and former foundation chairman who spearheaded the riverfront improvement project before he died in 2007. 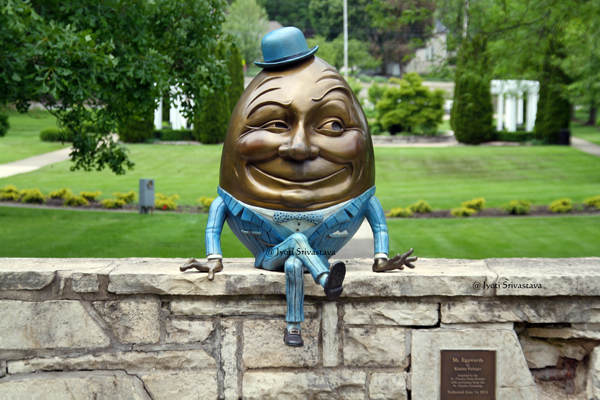