The Oregon Public Library was established in 1872.

The library resided in rental space until the early 1900’s, when Andrew Carnegie
announced that he would donate $10,000 for a public library in Oregon.

National Register of Historic Places on May 9, 2003. 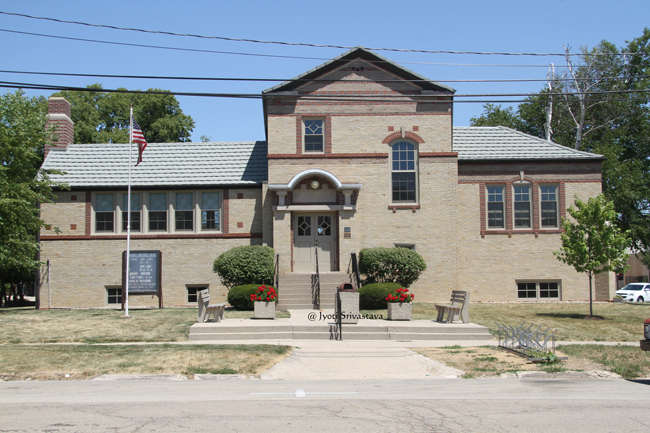 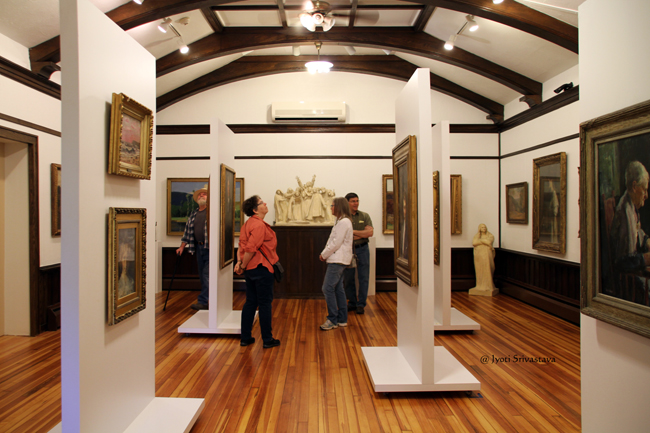 The Art Gallery on the second floor of Oregon Public Library  was provided at the suggestion of members of the Eagle’s Nest Art Colony. The artists used the gallery space for public art exhibitions and lectures. Eagle’s Nest Colony founder Lorado Taft persuaded fellow artists to donate over fifty works to the Oregon Public Library as a permanent collection. These paintings and sculpture remain in the library gallery to this day.

Art Gallery Mission Statement: To serve as a cultural resource for the Oregon community through the promotion and preservation of the Eagle’s Nest Art Colony Collection and its heritage, and the general advancement of the arts and humanities. 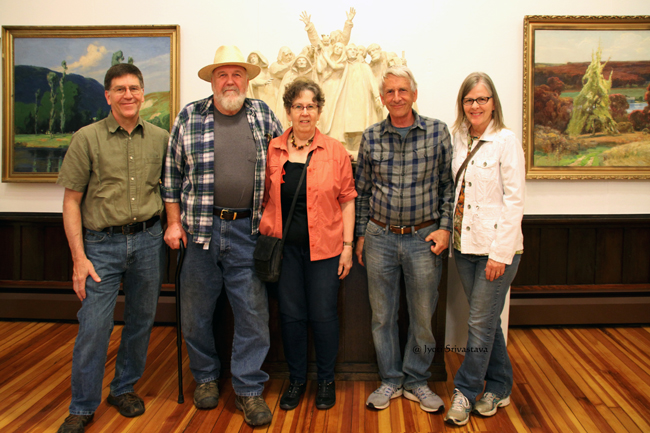 The tour was arranged by the commissioner of the city of Oregon, Terry Schuster.
OurUs, the visiting team included Mike and Mari Baur, and Steve and Debi Mueller. 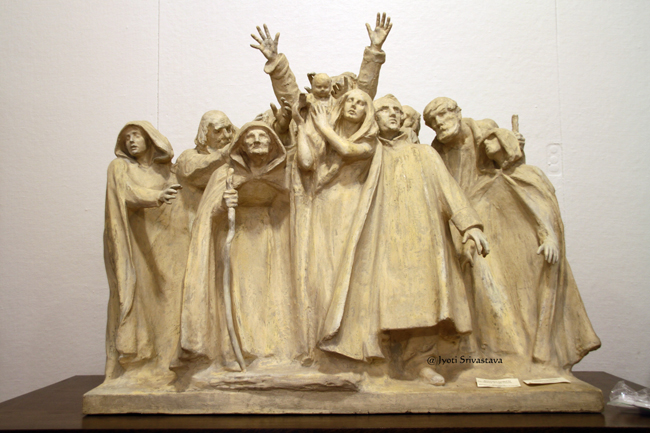 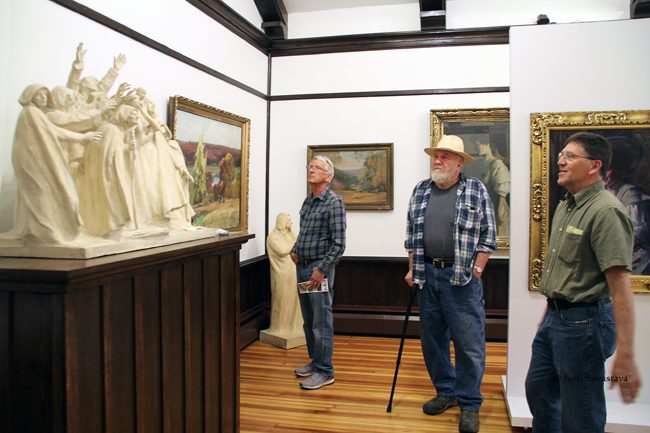 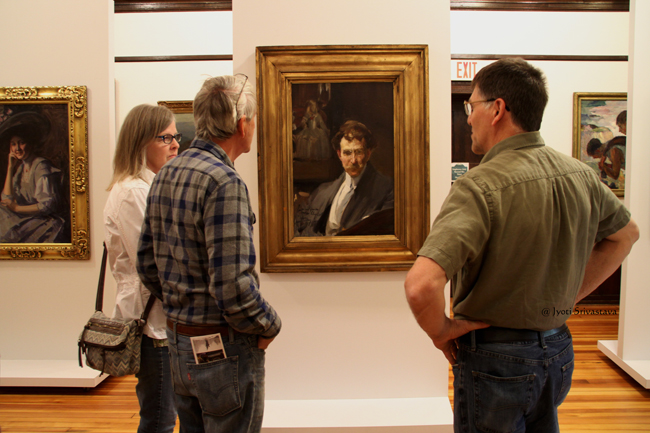 The Portrait of Ralph Clarkson – by Joaquín Sorolla y Bastida

Ralph Clarkson was one of the original members of Eagle’s Nest Art Colony. The colony was started by eleven men, all artists, architects and art lovers affiliated with Lorado Taft in Chicago.

The “Portrait of Ralph Clarkson” include a background figure.  The background figure is of young Infanta Margaret Theresa and her two ladies in waiting.  The imagery refers to Diego Velázquez’s painting entitled “Las Meninas.” Las Meninas is regarded as one of the most important painting by Diego Velazques. During his stay in Spain, Clarkson “wanted to study the works of Velázquez, who he considered the greatest of Spanish artists.” Returning to Chicago Clarkson brought with him a copy of a Velázquez painting he had done at the Prado in Madrid, and which he mounted on a wall of his studio to be admired by guests. It was called “Las Meninas” (Maids of Honor) and featured the daughter of Philip IV, surrounded by dwarfs and attendants.

Joaquín Sorolla y Bastida  was a Spanish painter. He excelled in the painting of portraits, landscapes, and monumental works of social and historical themes. 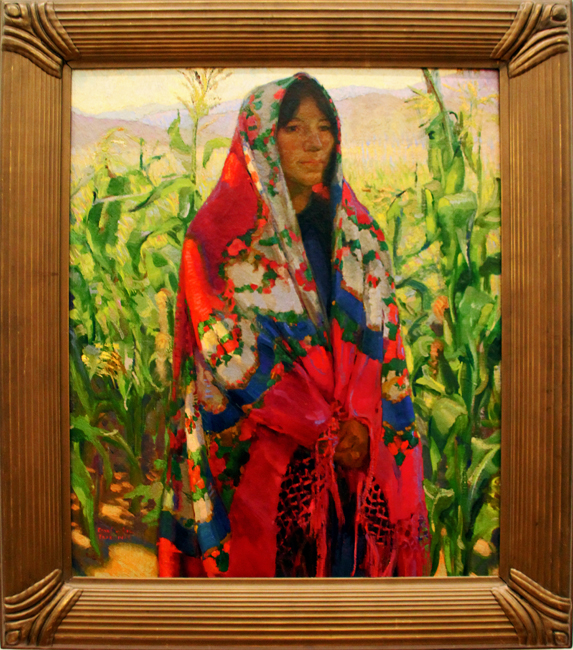 Ethel Coe was a painter, print maker and illustrator. She graduated from the Art Institute of Chicago [AIC], and later was on the faculty of AIC. She traveled far to study, paint and live among the southwest Indian Tribes. Some of her best work reflects disappearing cultures of that area. Ethel Coe was a member of the Eagle’s Nest Art Colony. To support the art gallery dedication in 1918, she donated “Growing Leaf, an Indian,” one of her Native American portraits from her southwest studies in 1890s. 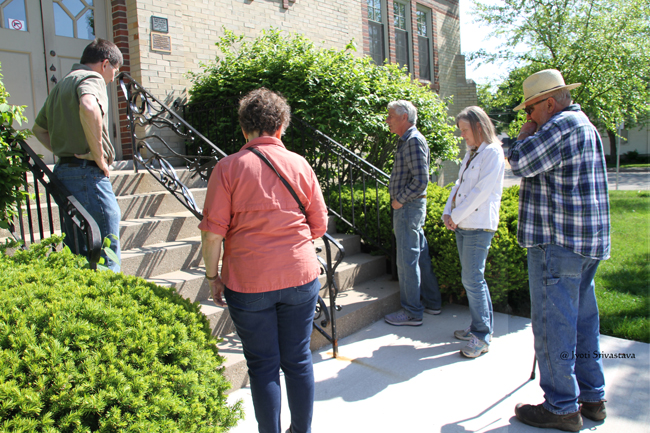 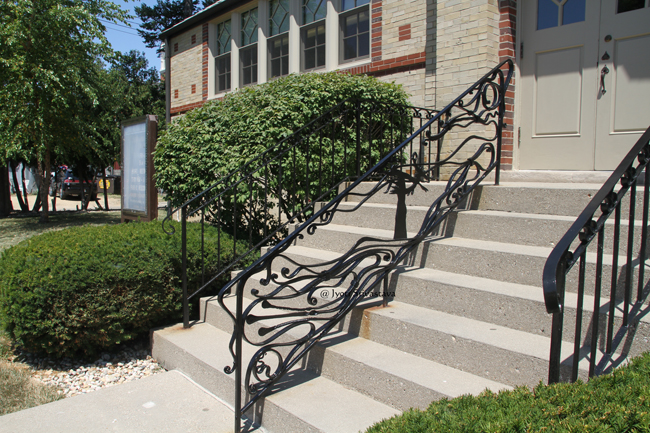 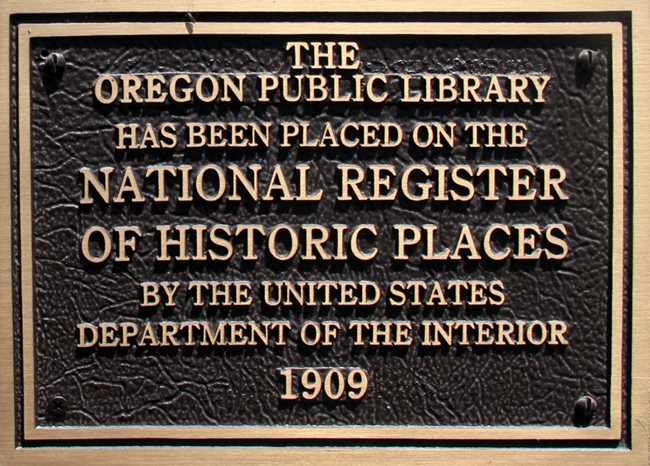