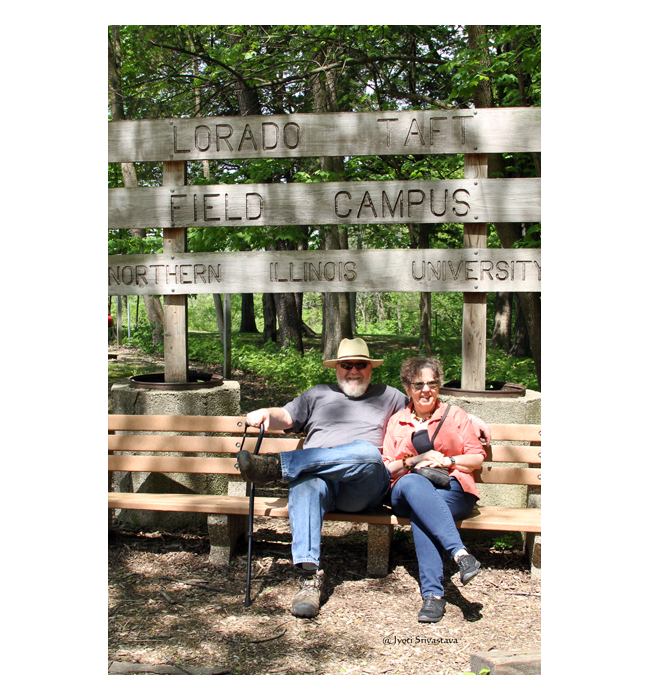 The Eagle’s Nest Art Colony Association was founded in 1898 by American sculptor Lorado Taft. It stood on the bluffs flanking the east bank of the Rock River, overlooking Oregon, Illinois. As the name suggests, it was an art colony, and was populated by Chicago artists – painters, sculptors, poets, storytellers, musicians, and architect. Mostly artists were from from the Art Institute of Chicago and the University of Chicago art department. They gathered in Ogle County to escape the summer heat of Chicago.

The original members first lived in tents at the colony.  Later, after the association’s constitution was written, charter and regular members were allowed to build summer homes.

The group began their search for a summer reprieve from Chicago a few years before the site along the Rock River was chosen. Their first colony, at Bass Lake, Indiana, ended after a malaria outbreak. As the colony founders searched for a home for their colony Chicago attorney and patron of the arts Wallace Heckman purchased the land that would eventually become the Eagle’s Nest Colony in 1898. Taft and his peers looked toward Wisconsin after leaving Bass Lake, but Heckman invited the group to his home in Ogle County for the Fourth of July. Heckman offered to let the group set up camp there and they signed a lease for the site the same week.

The lease provided 15 acres of land for US $1 per year with the stipulation that each colony member give a free lecture or demonstration in the area. Leased to the artists for $1 per year, patron Wallace Heckman’s fifteen acres of land provided space for eventual cottages and artist studios.

This enclave Eagle’s Nest Art Colony, flourished until the death of its last original member in 1942. 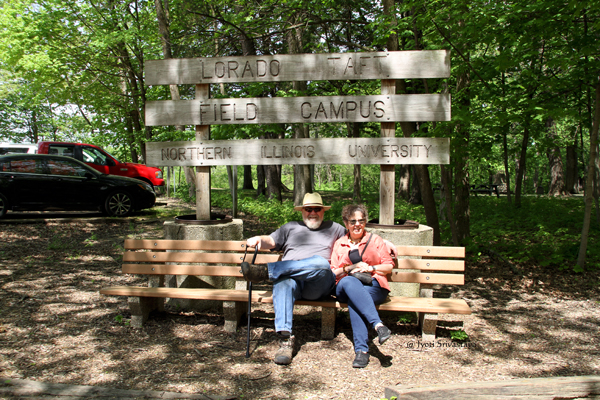 The EAGLE’s NEST ART COLONY is now the LORADO TAFT FIELD CAMPUS,
a part of the NORTHERN ILLINOIS UNIVERSITY [NIU].

In 1951, Northern Illinois University acquired a portion of the Heckman estate including heavily wooded areas, open fields, ravines and the site of the original art colony. Named in honor of Lorado Taft, today the 141-acre campus has become the university’s outdoor education and conference center. 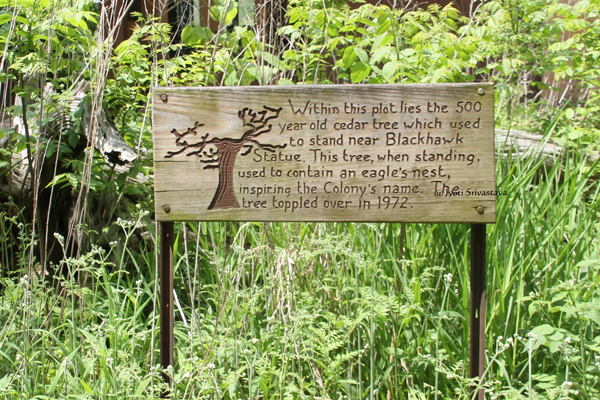 How did the rather unusual  NAME come about: EAGLE’s NEST COLONY?

Within the plot lies the 500 year old cedar tree which used to stand near Black Hawk Statue.
The tree when standing used to contain an eagle’s nest, inspiring the colony’s name.
The tree toppled in 1972. 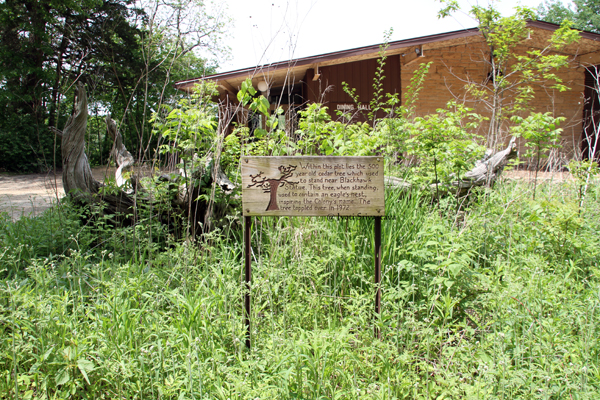 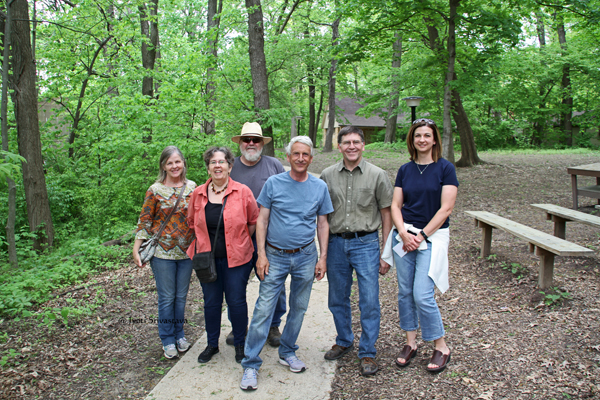 The tour was arranged bt the commissioner of the city of Oregon, Terry Schuster. Our tour guide was Melanie Costello, Director of the Lorado Taft Camp. Our visiting team included Mike and Mari Baur, and Steve and Debi Mueller. Then of course me. 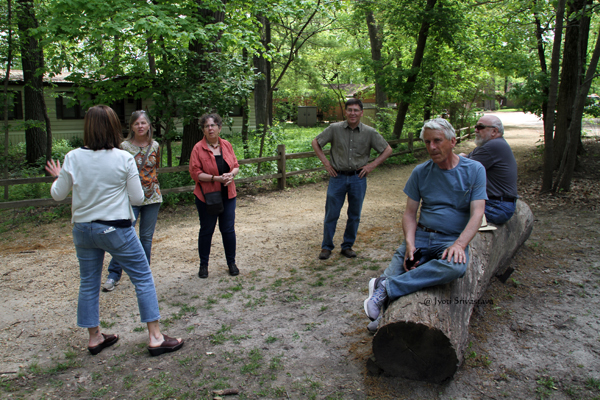 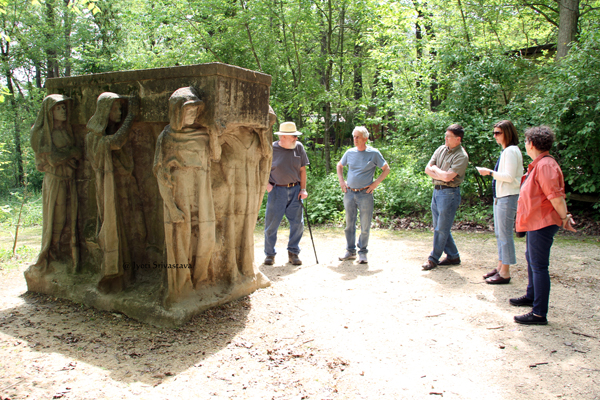 Seven Muses – Statue by students of Lorado Taft.
Also known as the Funeral Procession.
Made in 1905.

Wikipedia informs..
Southeast of the former location of Taft’s studio is a sculpture The Funeral Procession. The piece was the collaborative work of six of Taft’s students who had taken up residence at the colony for the summer. The assignment required each student to create a human figure but left the subject of the sculpture to their collective choice. The end result is a piece with six human figures carrying a casket on their shoulders.

I is said that Taft did not like this sculpture. But he had to see it everyday, as it is close to his studio. I have an image of this sculpture with Taft Studio in the background. 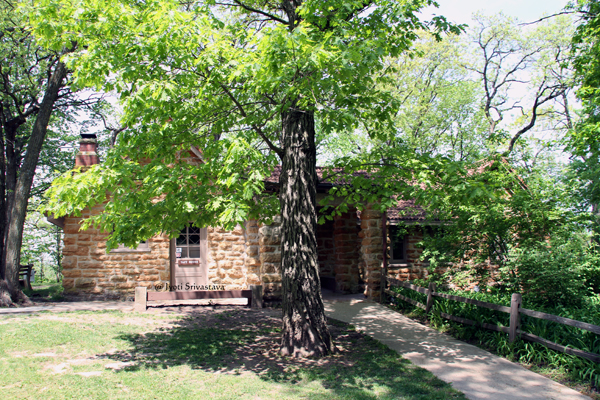 Taft House, the 100 year-old cottage built by Lorado Taft during the early years of the Eagle’s Nest Art Colony, is available for executive meetings. The 400 square foot meeting room will accommodate up to 14 people, has a fireplace to create additional ambiance, and is accessible. 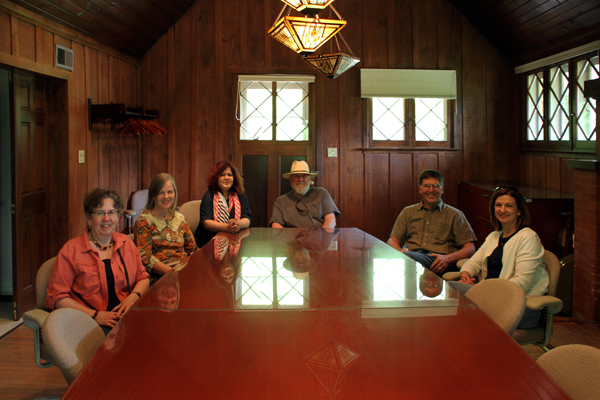 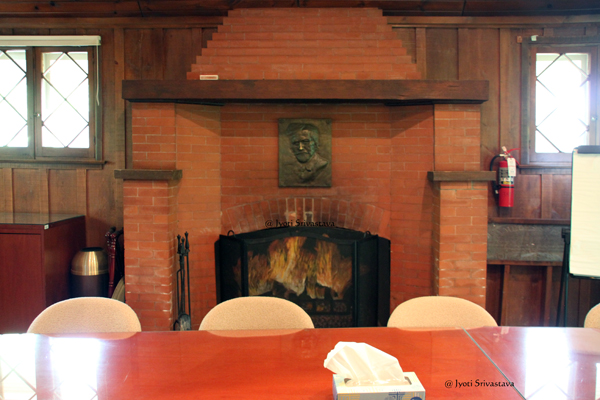 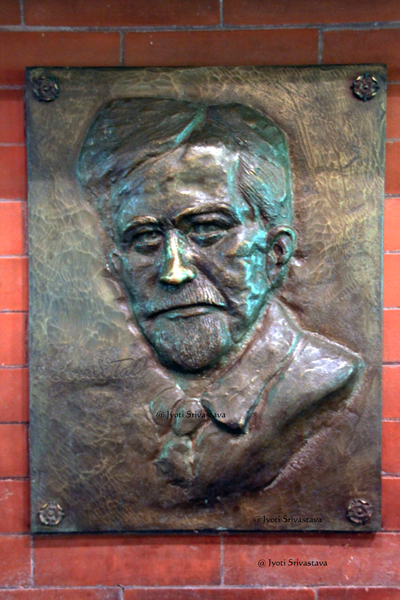 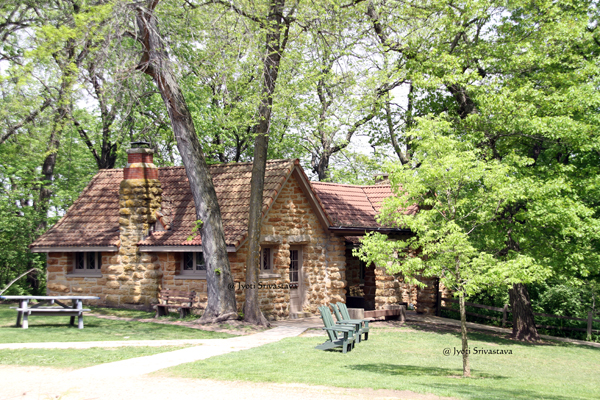 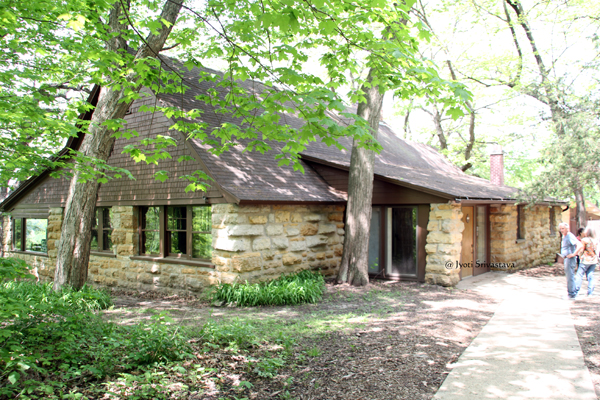 The Poley House, varyingly known as Camp House and, more recently, Poley Hall, is a classroom meeting space and houses a bird viewing porch at the Lorado Taft Campus. Original construction was completed on the Allen and Irving Pond designed building in 1902. Bricks above the large, 25-by-33-foot fireplace were emblazoned with the art colony motto, a quote taken from Edward Lear.. 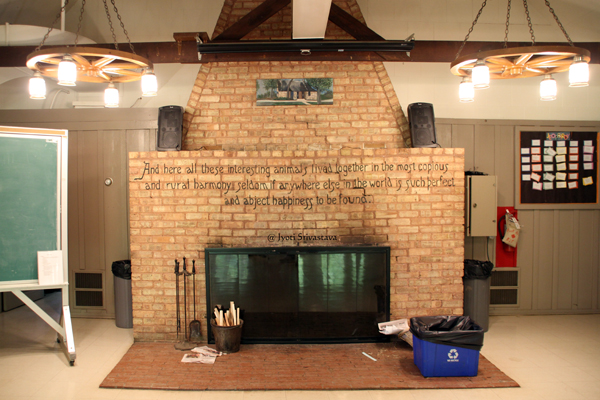 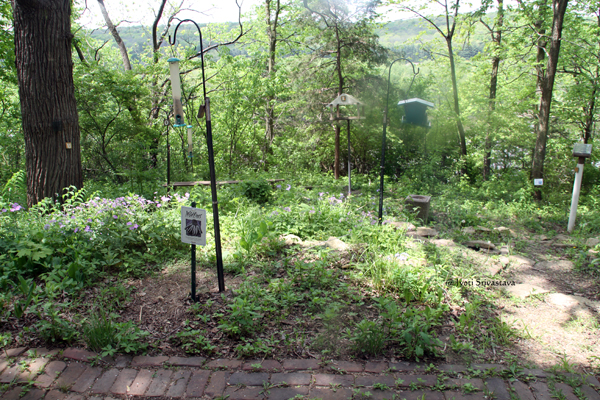 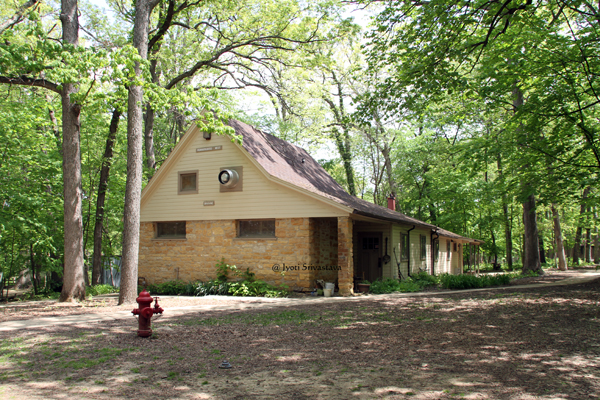 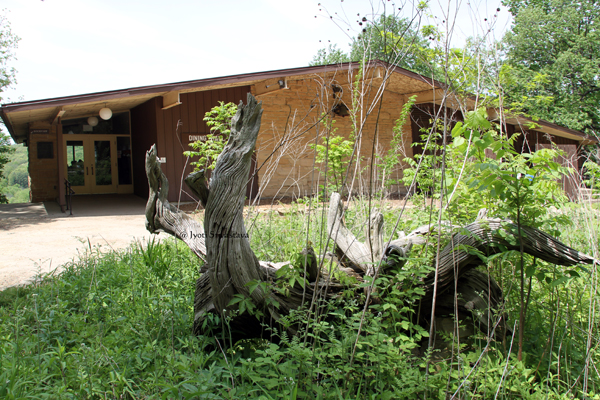 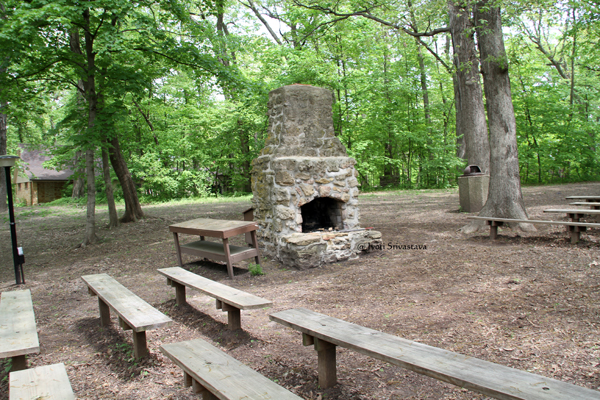 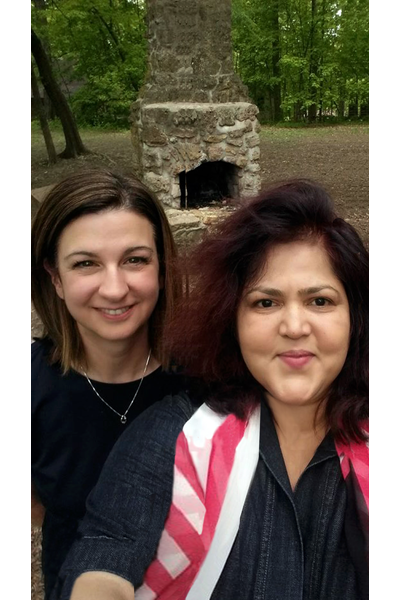 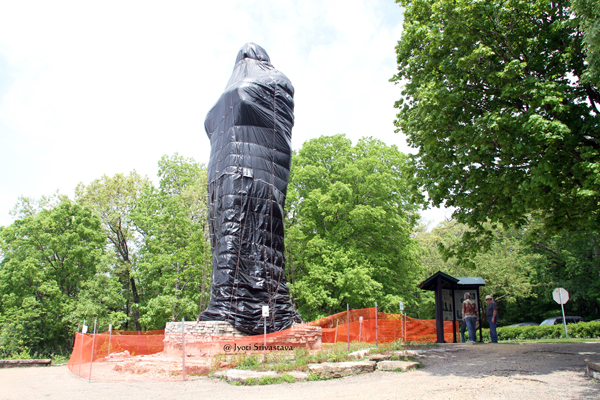 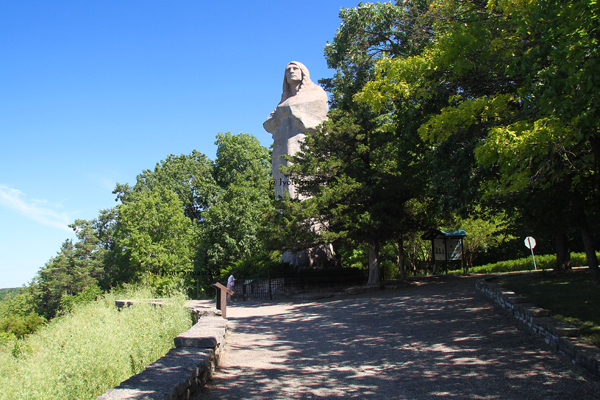 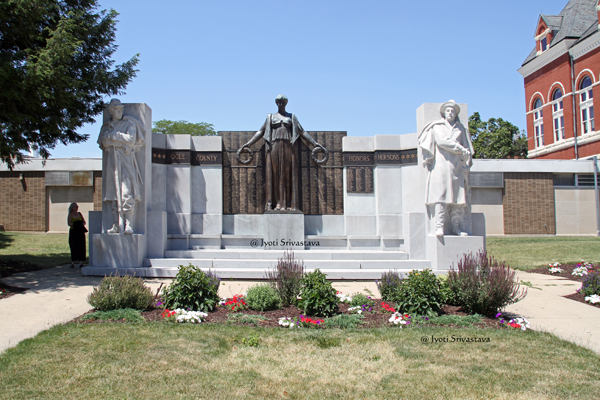 The Soldier’s Monument – by Lorado Taft 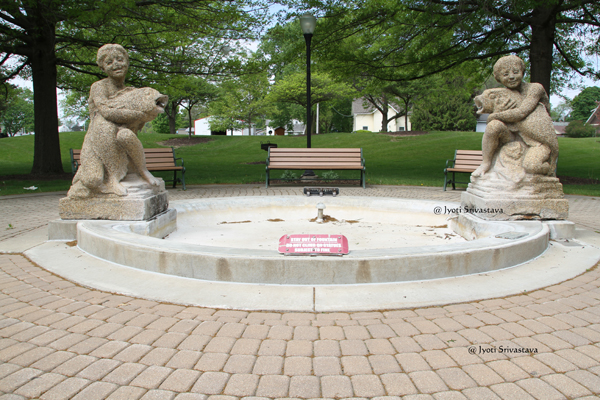 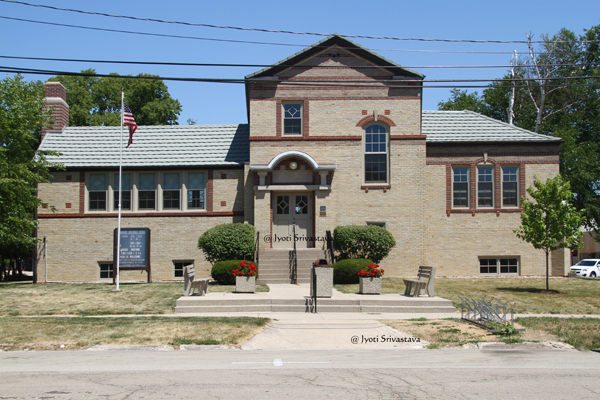 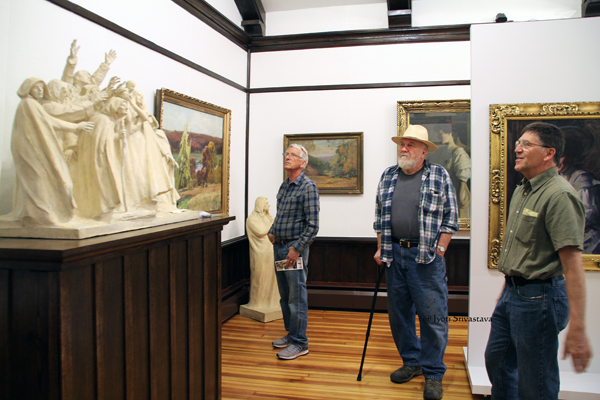