2017 Chicago Air Show / For I Love the Blue Angels 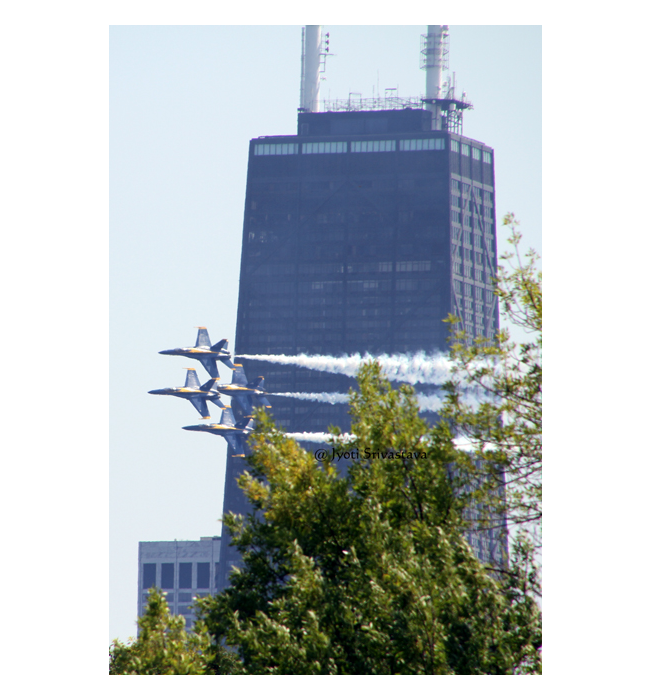 The above image was taken from Lincoln Park formal garden, on Friday, August 18, 2017.
The Blue Angels were practising, and I knew I had to see the Air Show.
I saw the show on Sunday, August 20th from the Oak Street beach.

The Chicago Air and Water Show is presented by Shell Oil Products U.S. and the City of Chicago.

It is the largest FREE show of its kind in the United States.

The show can be viewed along the lakefront from Fullerton to Oak Street, with North Avenue Beach as the focal point. 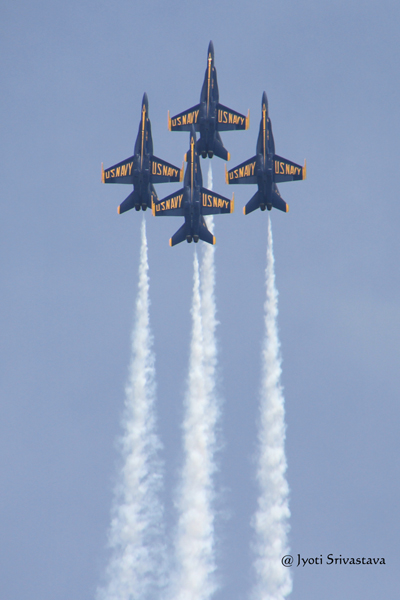 I saw the show on Sunday, August 20th from the Oak Street beach.

First some basic information on the BLUE ANGLES.

How did Blue Angels begin?

Following the end of World War -II, Chief of Naval Operations Adm. Chester W. Nimitz called for the formation of a team that would demostrate the flight skills demanded of naval aviators. Thus was born the US Navy Blue Angels. It’s first performance was in Jacksonville, FL in June 1946. The Blue Angels flies Boeing Company F/A 18 Hornet. It is based in NAS Pensacola, FL.

The Blue Angels is the United States Navy’s flight demonstration squadron, with aviators from the Navy and Marines.

There are six demonstration aircrafts.. with their Nos clearly visible on the aircraft from 1 to 6.

Most of the demonstration alternates between Diamond and Solo performances.

In the end of the show, all the six jon together in the Delta Formation. 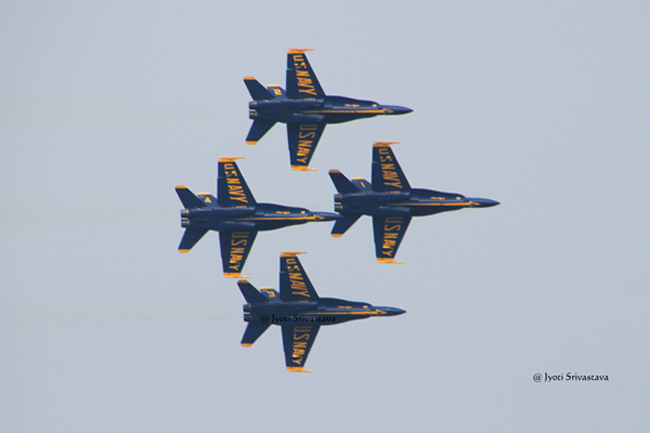 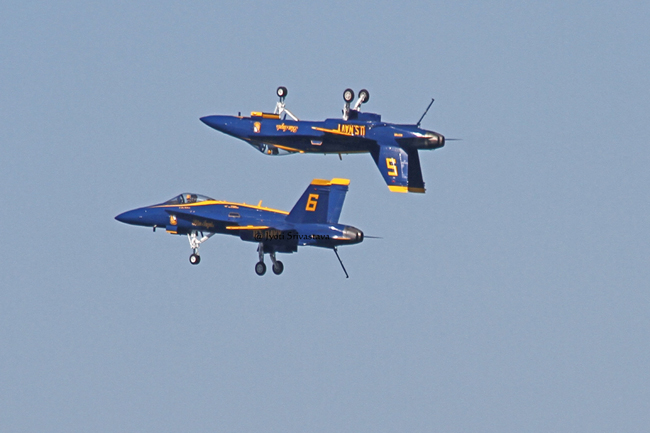 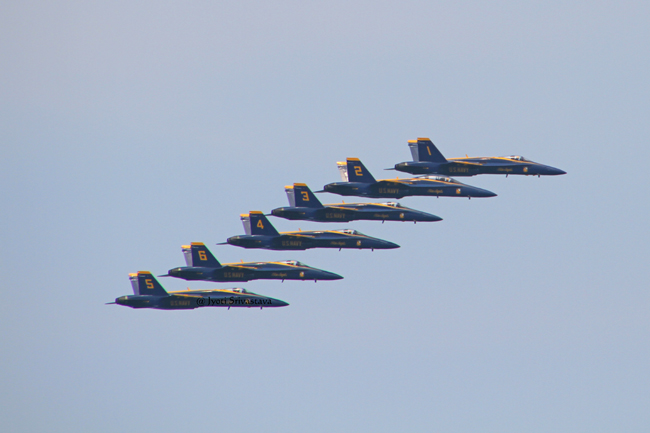 In the end of the show, all the six Blue Angles come together. / 2017 Chicago Air Show

Below are images of some Blue Angels stunts that has enthralled us . 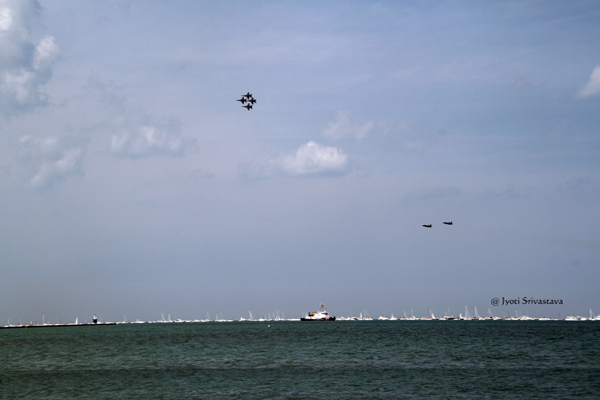 The above set of five images show Blue Angles No 5 and 6 flying solo and crisscrossing mid-air back-to-back, with No 5 inverted and No 6 flying straight. Landing gear is down. / 2017 Chicago Air Show

The above set of three images show Blue Angles No 1, 2, 3 & 4 performing aerobatics with landing gear down. / 2017 Chicago Air Show

Double Farvel manuever / Nos 1 and 4 are flying upside down and Nos 2 and 3 are flying straight. / 2017 Chicago Air Show 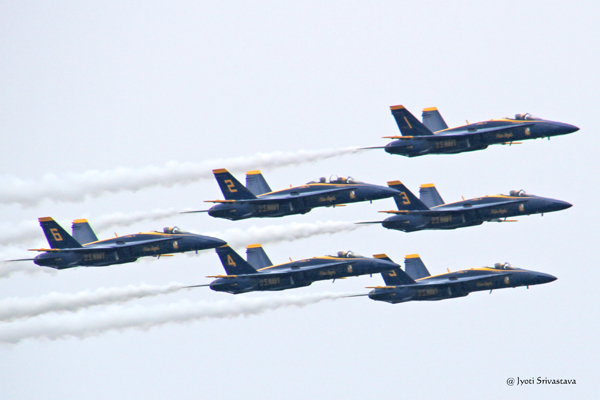