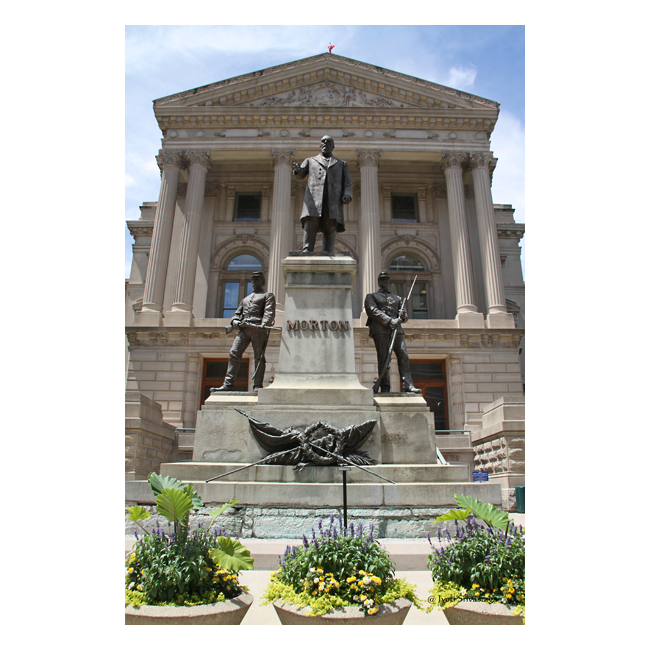 Oliver Perry Morton was the first Indiana native to be governor of Indiana.
He was born in Salisbury, Indiana in Wayne County.

Location: East side of the Indiana Statehouse in Indianapolis, Indiana,
at the intersection of North Capitol Avenue and West Market Street. 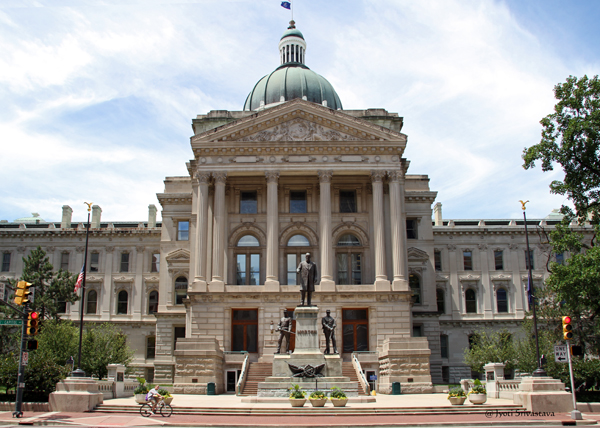 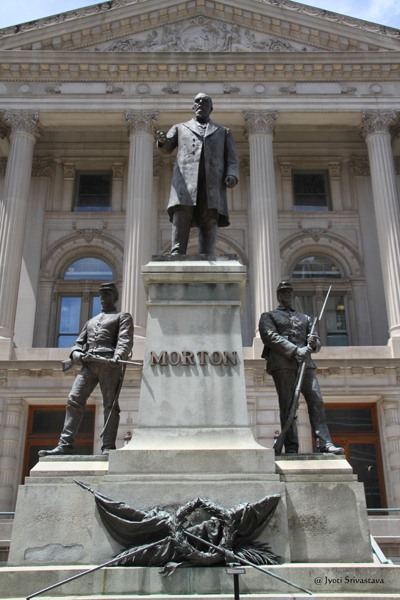 Commissioned by Indiana General Assembly, the monument celebrates the legacy of Indiana Civil War governor. The heroic figure of Morton stands atop the granite pedestal, flanked on either side by Union soldier. On the front of the pedestal is a bronze relief of two crossed American flags with olive branches and a wreath of acorns and oak leaves, representing Morton’s pursuit of victory and peace. Flanking the statue are two small but exquisite bronze reliefs depicting Morton in action during the Civil War. Morton later served as a United States senator, until his death on November 1, 1877. 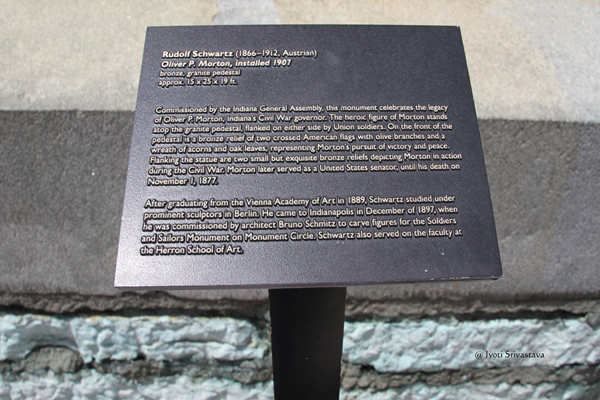 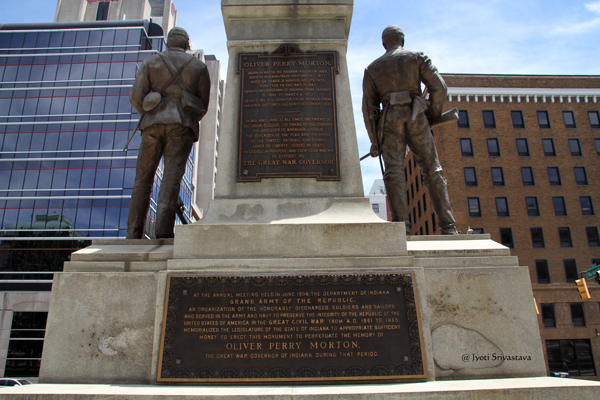 On the rear of the memorial are two plaques.
The top plaque is located on the pedestal of Morton.
It reads:

Oliver Perry Morton
Born in Wayne Co. Indiana August 4, 1823.
Died in Indianapolis November 1, 1877.
Aged 54 years 2 months and 25 days.
Admitted to the Bar in 1847.
Served as Governor of Indiana from January 18, 1861 to March 4, 1867.
Served as U.S. Senator from Indiana from March 4, 1867 until his death November 1, 1877.
In all ways and at all times the friend of the Union soldier. The friend of the country.
The upholder of Abraham Lincoln.
The defender of the flag and the Union of the States. Patriot. Statesman.
Lover of Liberty. Heroic in heart.
Inflexible in purpose and ever to be known in history as
The Great War Governor.

On the plaque below the first on the lower part of the pedestal are the words:

The annual meeting held in June, 1904, The Department of Indiana.
Grand Army of the Republic.
An organization of the honorably discharged soldier and sailors who served in the Army and Navy to preserve the integrity of the Republic of the United States of America, in the Great Civil War from A.D. 1861 to 1865, memorialized the legislature of the State of Indiana to appropriate sufficient money to erect this monument to perpetuate the memory of
Oliver Perry Morton
The Great War Governor of Indiana during that period. 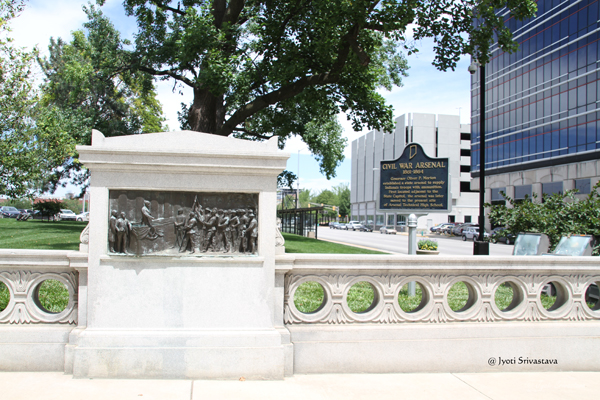 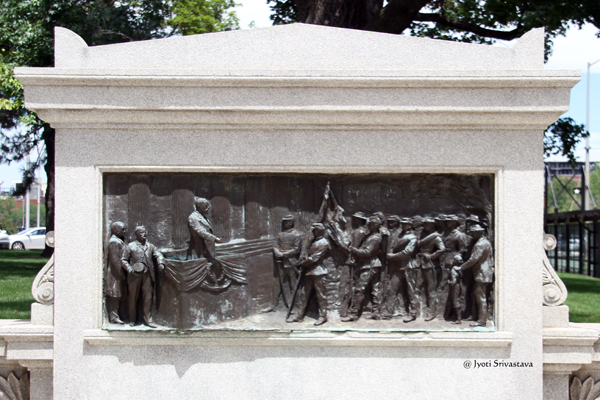 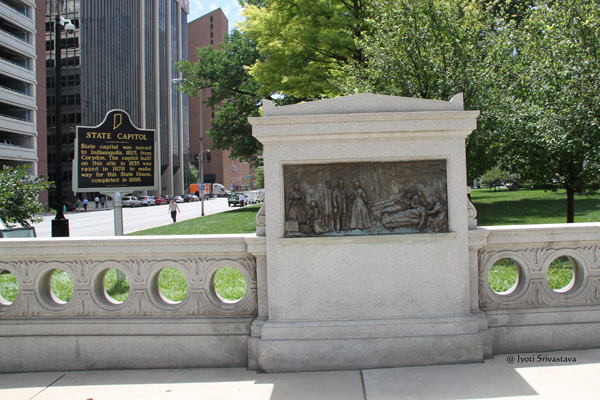 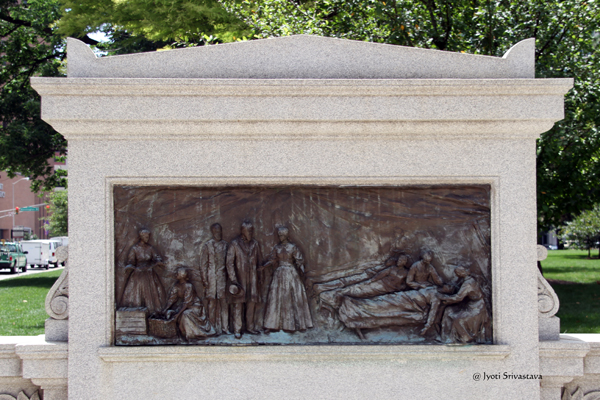