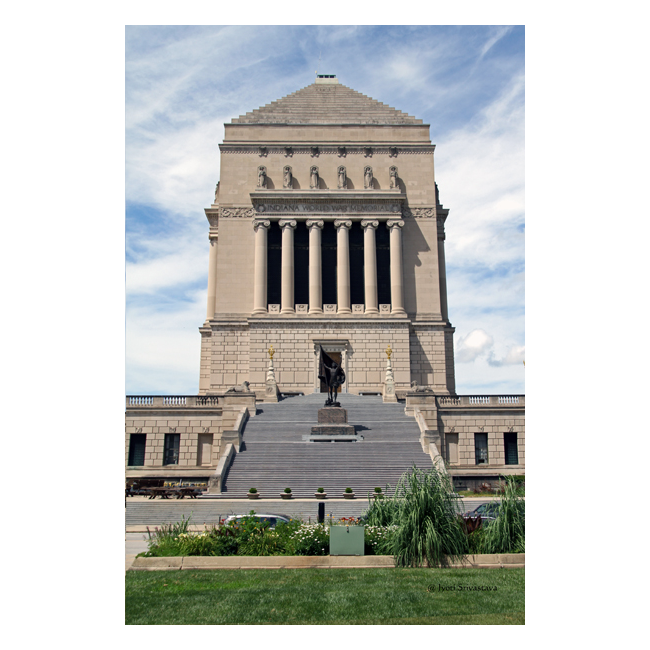 The Indiana World War Memorial is a National Historic Landmark,
the highest designation of historic site recognized by the federal government.

Architects:  Walker and Weeks out of Cleveland, OH.

Construction began in 1926, but was not completed until 1965 due to construction delays.

The memorial was modeled after the Mausoleum of Halicarnassus, one of the Seven Wonders of the Ancient World.

This memorial honors the Indiana men killed in World War I. The Military Museum inside also lists all of the Hoosiers killed or missing in action through the Vietnam War. The cornerstone was set by General John J. “Black Jack” Pershing who was the American Commander in Europe during WWI. He died in 1948, and never saw the memorial complete. 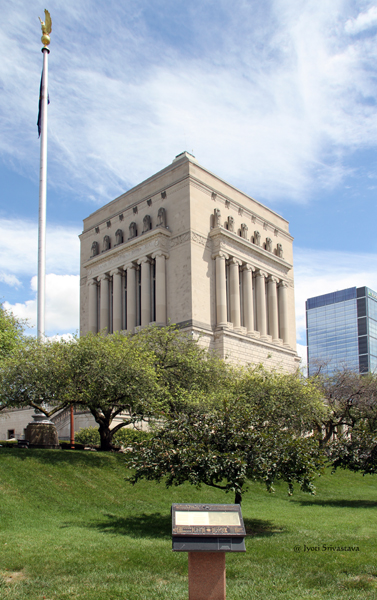 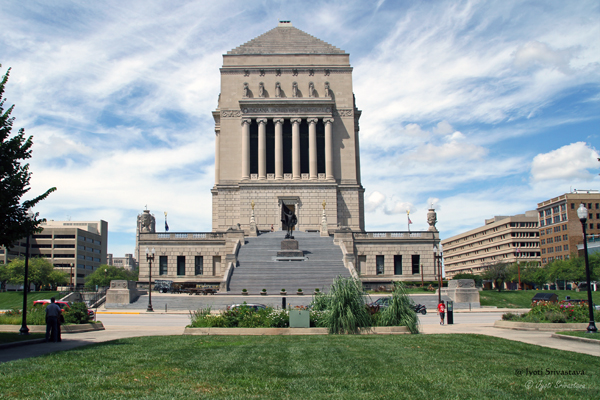 The memorial building is set far above street level, and ascends almost 210 feet. Its design mimics the vertical mass of a shrine, with six columns on each side. On the south side of the building sits the largest bronze casting sculpture ever made in America. This sculpture, entitled “Pro Patria”, which means “For the Fatherland” in Latin, was built by Henry Hering and set in place in 1929.

Inside the building there is an art deco lobby, a theater used for public gatherings, and a Shrine Room on the top level. The Shrine Room has 20 massive blue stained-glass windows and materials brought in from all the allied nations of World War I. This was done intentionally to symbolize the peace, unity, and world-effort during that war. The interior also houses a free museum, containing artifacts telling the story of Indiana’s military contributions, from the Revolutionary period to the modern day. 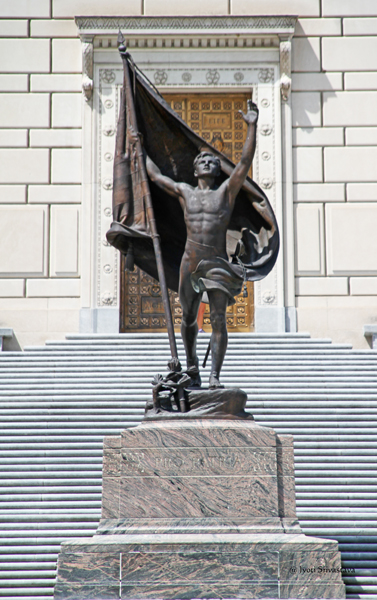 NOTE:   I visited the memorial on Monday, when the museum was closed! Another trip is required. Anyways I did have a good view of the beautiful art-deco relief works and bronze doors. 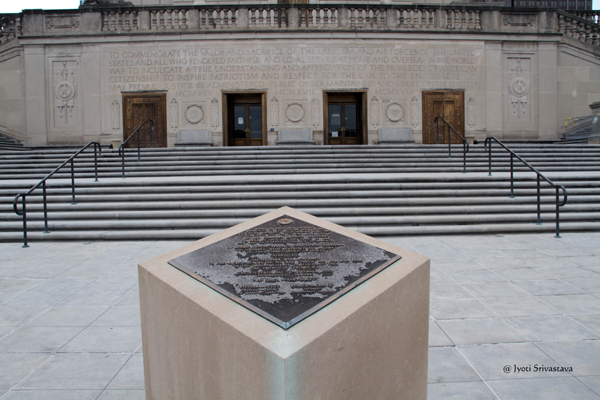 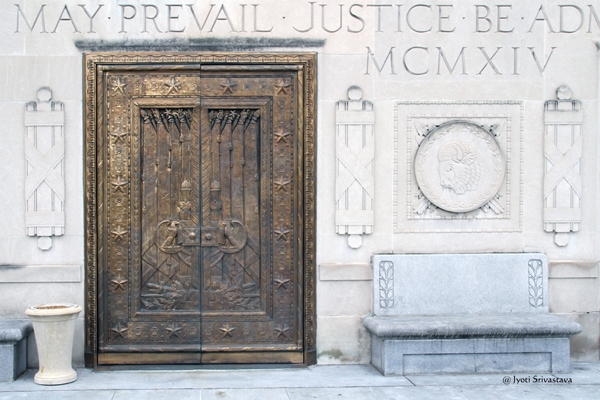 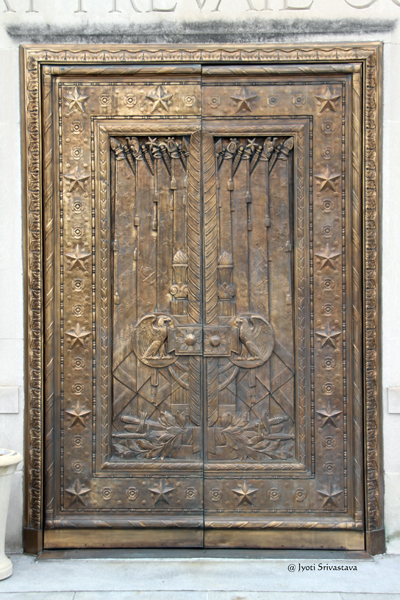 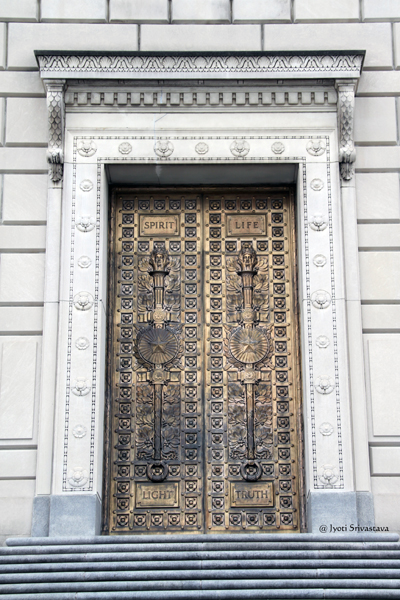 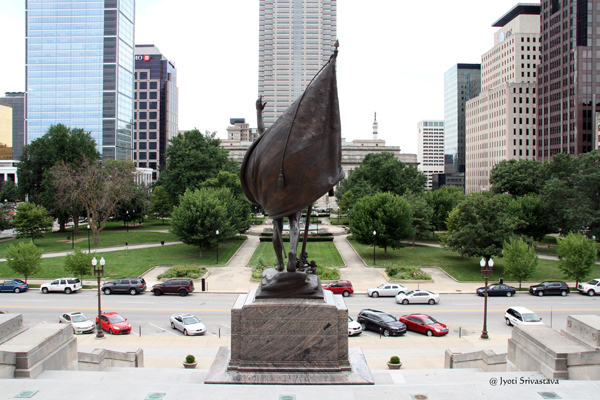 View of the University Park from Indiana World War Memorial 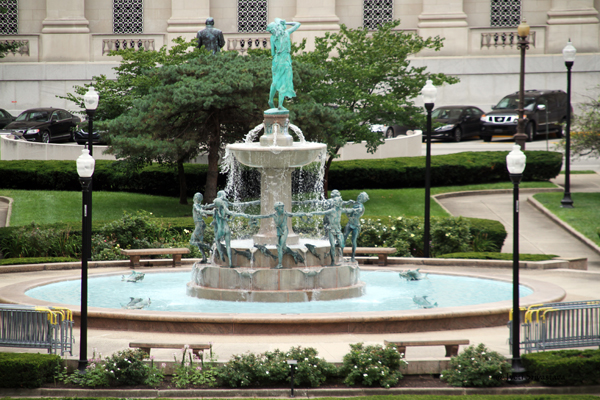 View of the Depew Fountain from Indiana World War Memorial 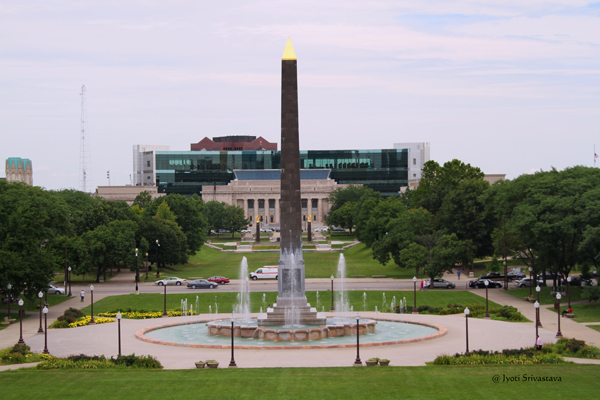