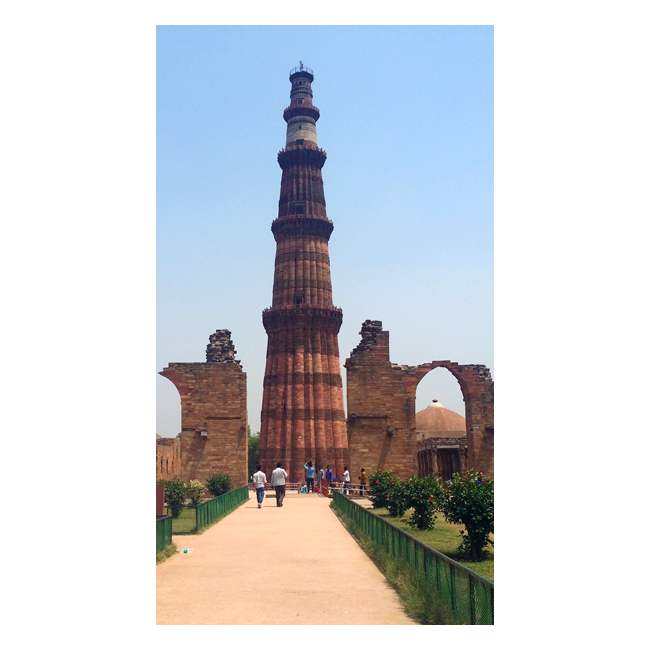 Quwwat-ul-Islam Mosque is the earliest extant mosque in India.

It was erected by Qutbuddin Aibak.

The Qutb Complex  is a UNESCO World Heritage Site,  inscribed on the World Heritage List in 1993.  The Qutb Complex  is an array of monuments and buildings at Mehrauli in Delhi, India. The best-known structure in the complex is the Qutb Minar, which dominates the complex. The other very important strcture is the Quwwat-ul Islam mosque, the earliest extant mosque in India, which stands next to the Qutb Minar. Apart from the Qutb Minar and the Quwwat ul-Islam Mosque, other structures in the complex include the Alai Gate, the Alai Minar, the Iron pillar, and the tombs of Iltutmish, Alauddin Khilji and Imam Zamin.  For more, click here.. 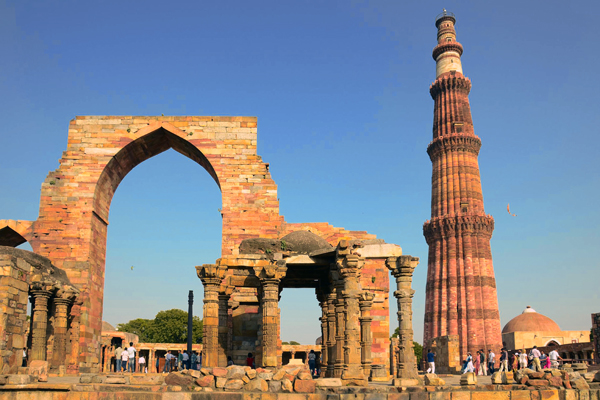 Jami Masjid, later called Quwwatul-Islam [Might of Islam] mosque, was the first mosque built in Delhi, after Islamic conquests at the end of the 12th century. It is the earliest extant mosque in India. It was erected by Qutbuddin Aibak.

Qutb-ud-din Aibak was the founder of the Mamluk dynasty. Born a slave in Turkey, Qutb rose to prominence as a general during Muhammed Ghari’s invasion of India in the 1180s. After Muhammed’s assasination in 1206, Qutb seized the throne and crowned himself Sultan of the Mamluk dynasty, called the “Slave Dynasty”. Although the dynasty lasted for only a few centuries, Muslim rule in India endured up to the British occuption in 1858.

Qutb was a fanatical Muslim. When his garrison occupied Delhi under the command of Muhammed Ghari in 1192, he ordered the destruction of twenty-seven Hindu and Jain temples to furnish building materials for the construction of Delhi’s first mosque – Quwwat-ul-Islam [the “Glory of Islam”]. The mosque consists of a rectangular courtyard [43 m x 32 m] enclosed by cloisters with the carved columns and other architectural members of the Hindu and Jain temples that were demolished. Massive stone screen of lofty five arches were put up in front of the prayer hall, which imparted an Islamic character to the building. The screen is beautifully carved with borders of inscription and geometric and Arabesque designs, but the hands of craftsmen used to Hindu motifs is clear in naturalistic curved lines. The Hindu stonemasons re-used columns from the destroyed temples, but adapting them to use in a mosque proved problematic given Islam’s injunction against the use of images in temples. The masons were forced to plaster over the highly sculpted Hindu columns and presumably cover them with geometric designs. However, after centuries of neglect the plaster has fallen away, revealing the original Hindu carvings.

Expansion of the mosque continued after the death of Qutb-ud-din Aibak in 1230. His son-in-law Altamash (or Illtutmish) extended the original prayer hall screen which resulted in a space almost double the size of the original mosque. Further additions by Alauddin Khalji [1296–1316] in the later part of his reign led to a substantial expansion of the mosque and other distinct structures within the entire complex.

Just to the west of the expanded mosque, Altamash built his own tomb, the first to be erected for the Delhi Sultanate. Despite the presence of Muslim craftsman, the tomb is mostly Hindu in design if not in execution. Much of the superstructure and most of the walls are built of pillaged building material. Altamash’s body was laid to rest in a subterranean chamber beneath the tomb. 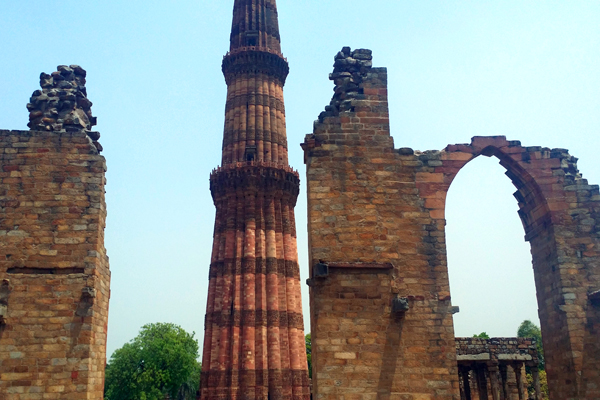 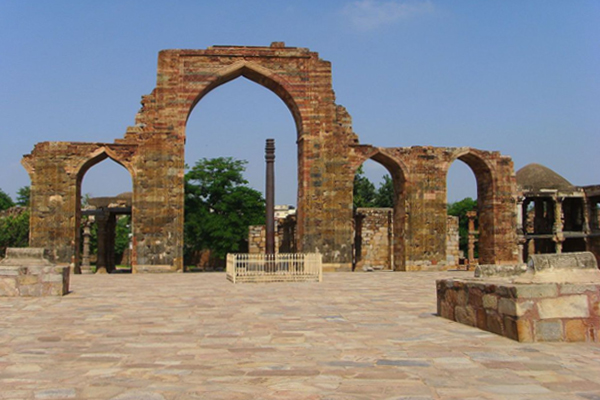 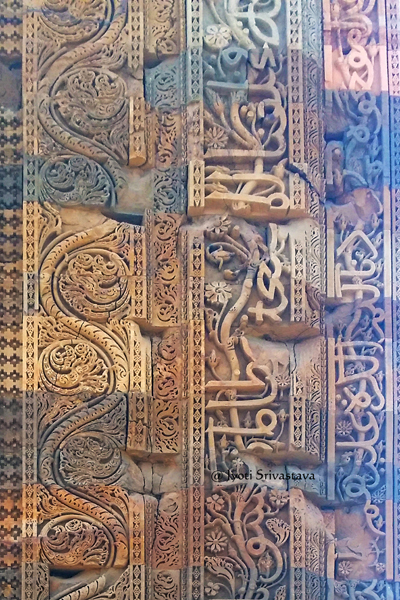 Stone screen with Arabesque motifs, but the hands of craftsmen used to Hindu motifs is clear in naturalistic curved lines/ Quwwat-ul-Islam Mosque in Qutb Complex / Delhi 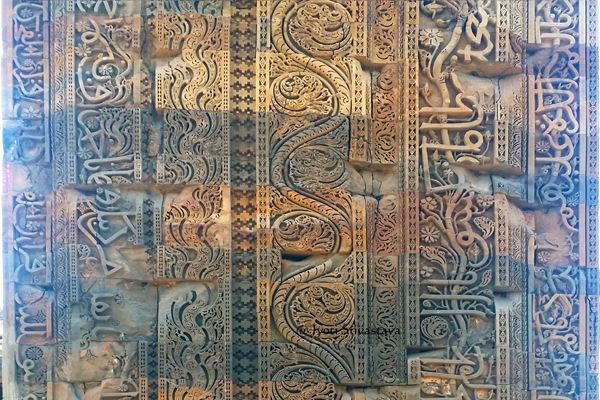 Stone screen with Arabesque motifs, but the hands of craftsmen used to Hindu motifs is clear in naturalistic curved lines / Quwwat-ul-Islam Mosque in Qutb Complex / Delhi 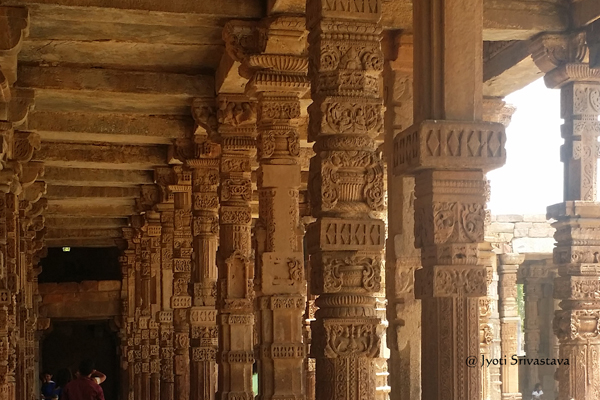 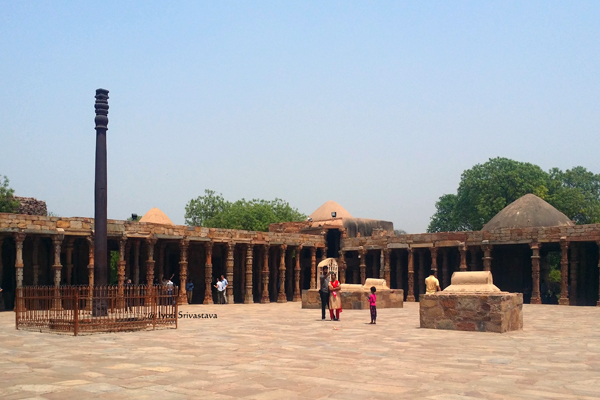 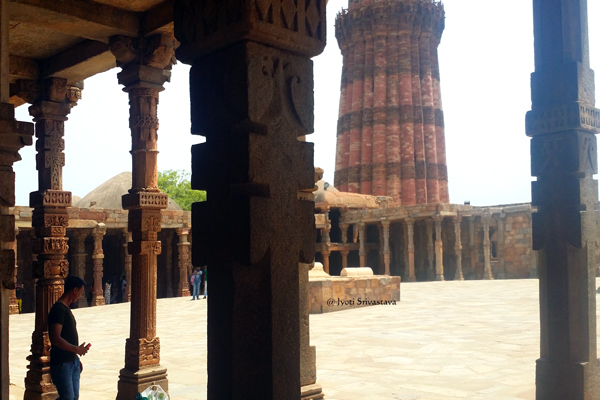 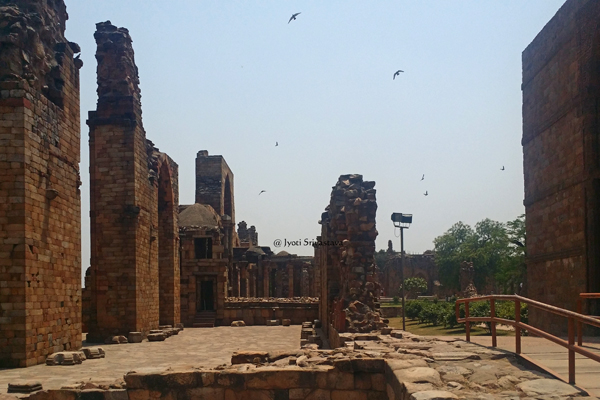 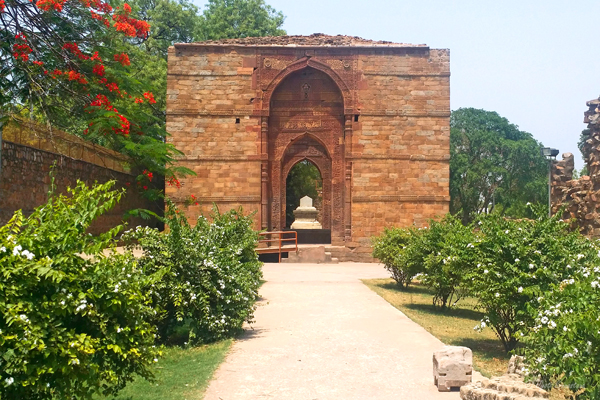 This self-built tomb of the second ruler of the Slave Dynasty, Shamsuddin Iltutmish, built in AD 1235 sits along the north-west corner of the Qutb Complex, next to Iltutmish’s own extensions of the Quwwat-ul-Islam Mosque. Interestingly, one of the first tombs to be built in the city, it fulfill Iltutmish’s desire to be placed where he ruled, and secondly to be close to the dargah [shrine] in Mehrauli. The tomb is a 9 m square in plan. Its sheer austerity on the exterior, is a striking contrast to the heavily decorated interior. The structure demonstrates the presence of a dome originally which collapsed twice perhaps because of the comparatively thinner walls that might not have been able to support the outward thrust generated by a dome. The intricately carved double-arched mihrab (prayer niche in wall), in white marble, includes different scripts and a rich amalgamation of Hindu art into Islamic architecture. 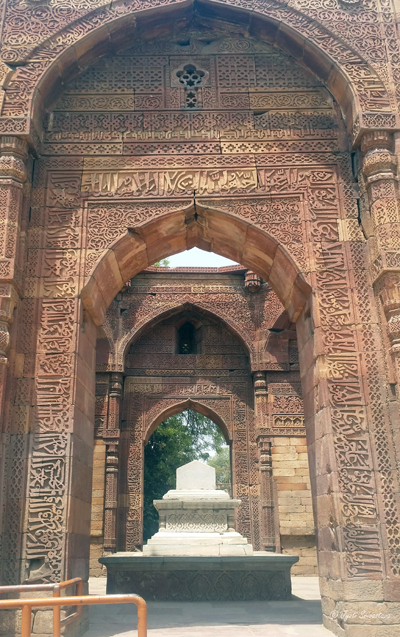 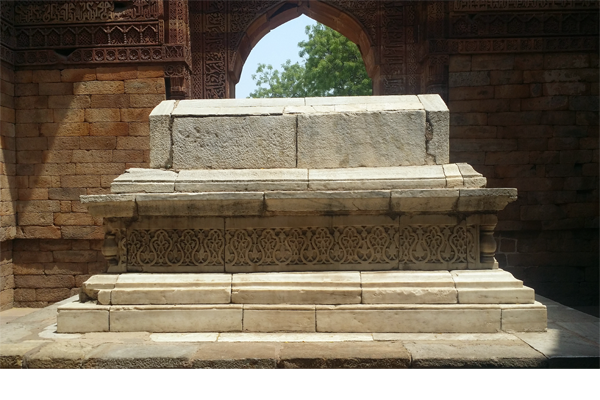 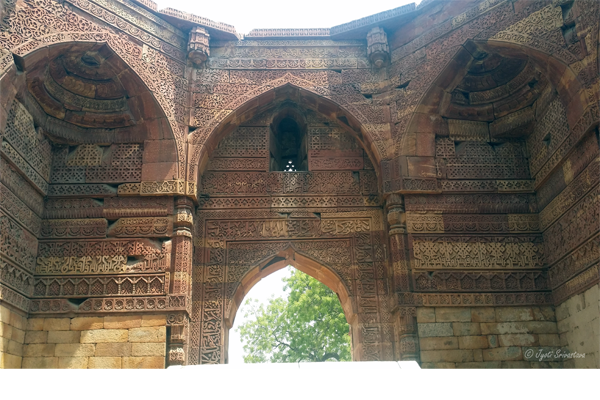 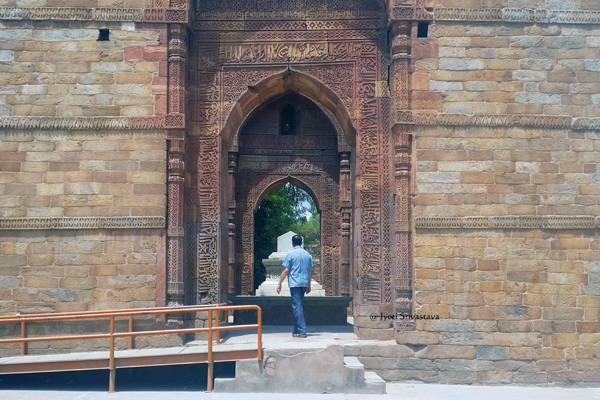