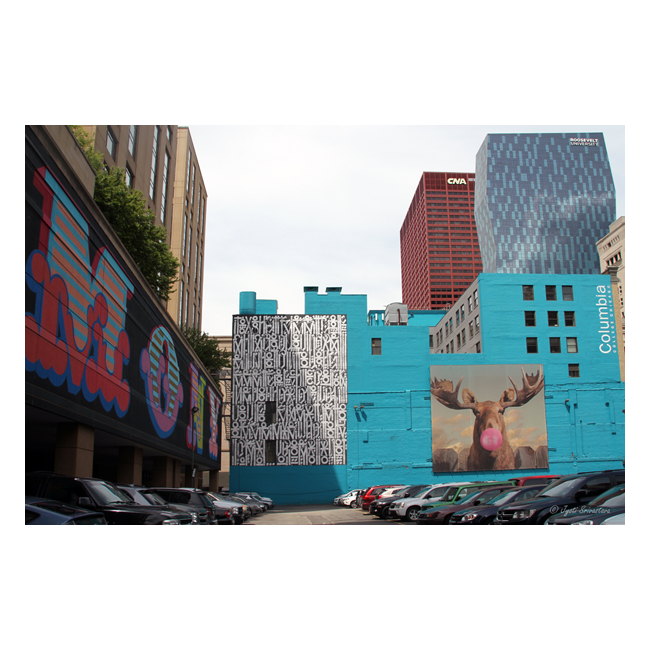 It largely consists of big wall murals spread across seven blocks of Chicago’s South Loop: from Van Buren to Roosevelt and is framed to the east by Michigan Avenue and to the west by State Street. It began in 2013, when Columbia College launched the Wabash Arts Corridor. The idea was to immerse students in the creative spirit by using urban spaces and reclaimable resources to revitalize and transform the South Loop business district into one of the city’s major cultural assets. The Wabash Arts Corridor encompasses cultural institutions, schools and art spaces.

“It is now a Living Urban Canvas”, says Mark Kelly, the Vice President of Student Success at Columbia College Chicago and visionary behind the Wabash Arts Corridor’s mission. 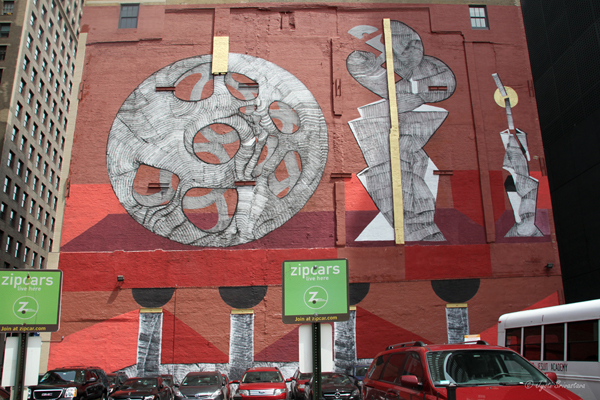 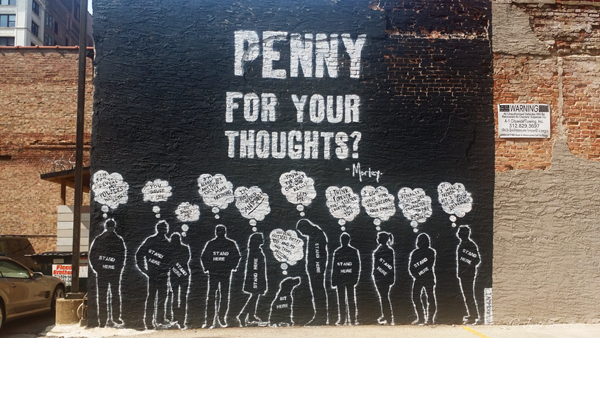 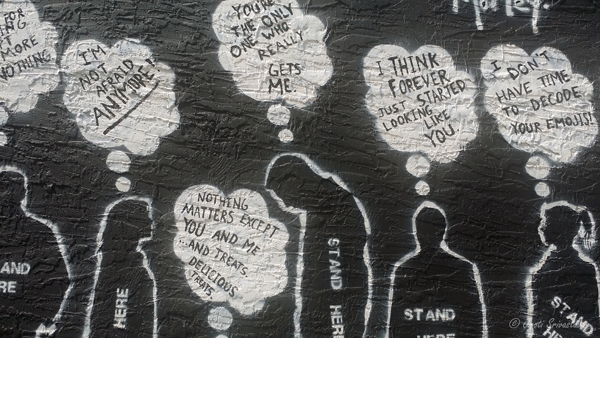 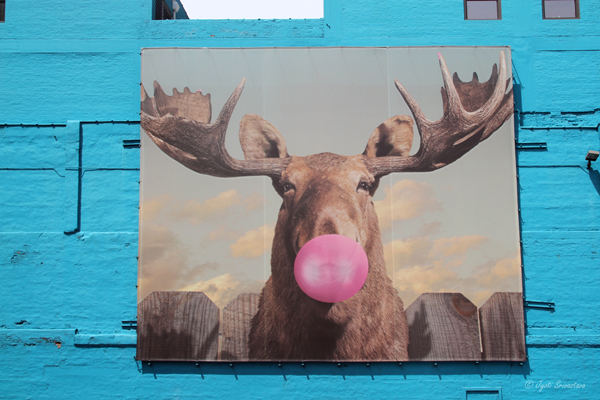 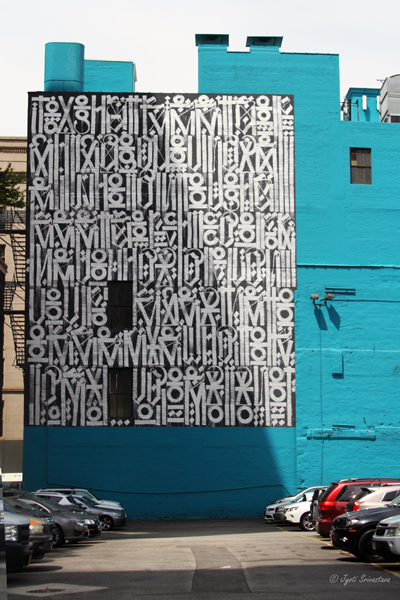 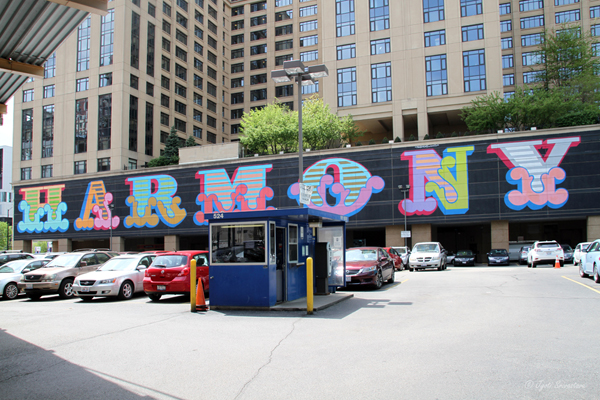 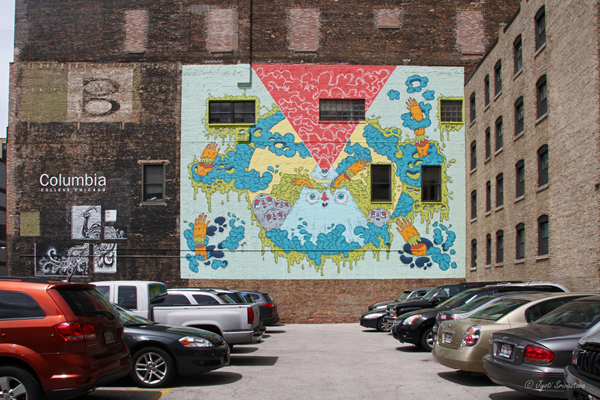 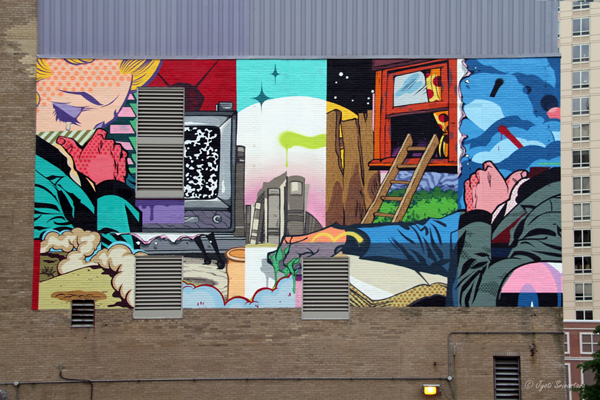 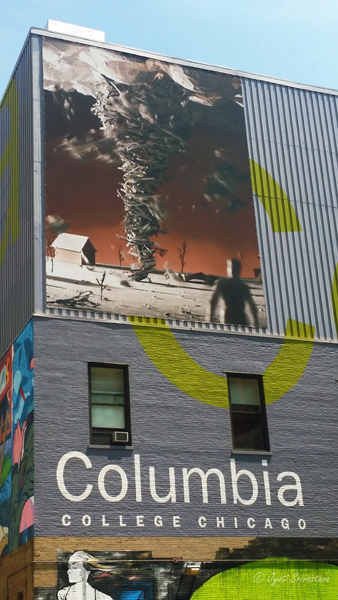 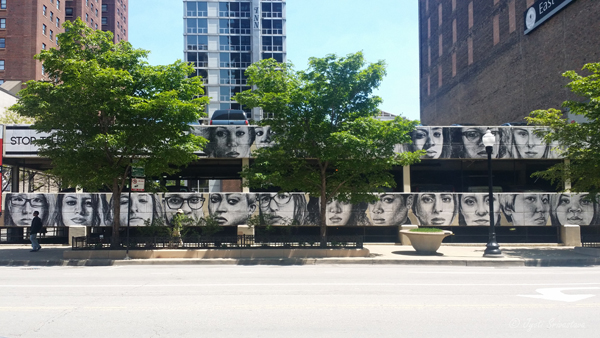 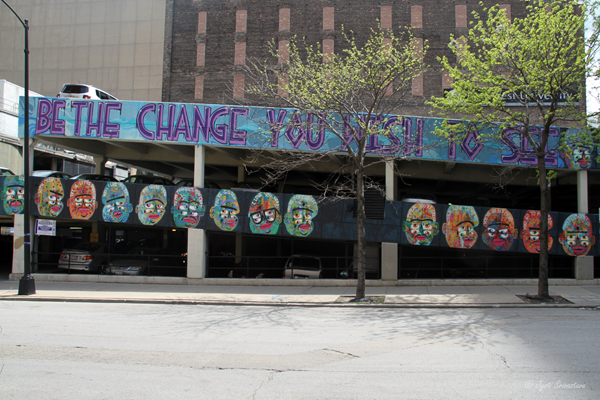 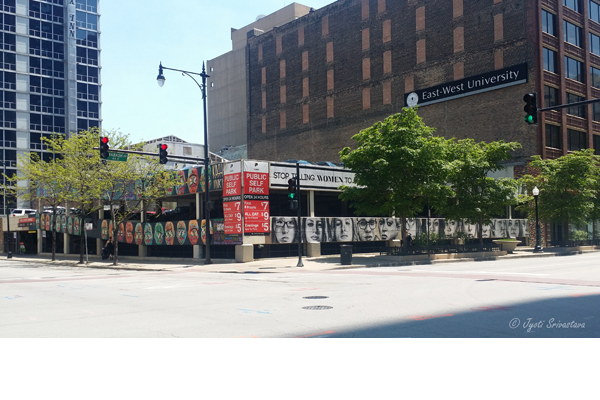 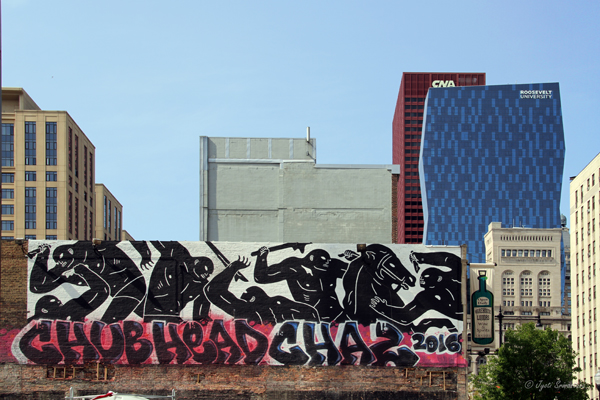 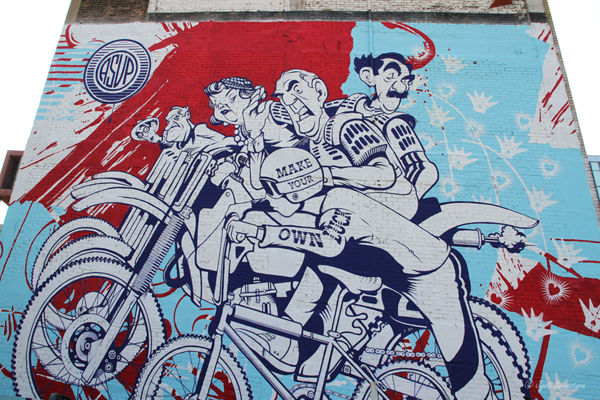 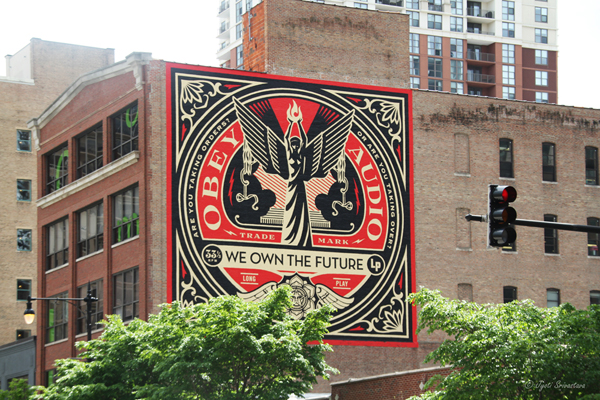 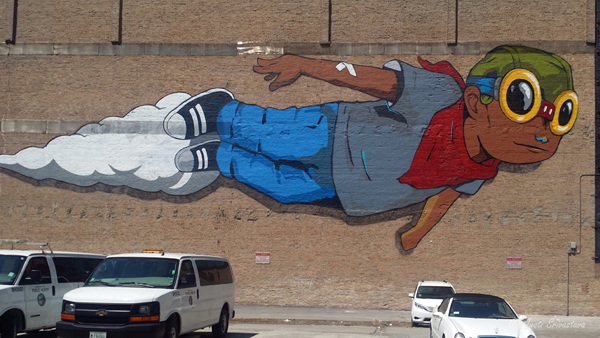 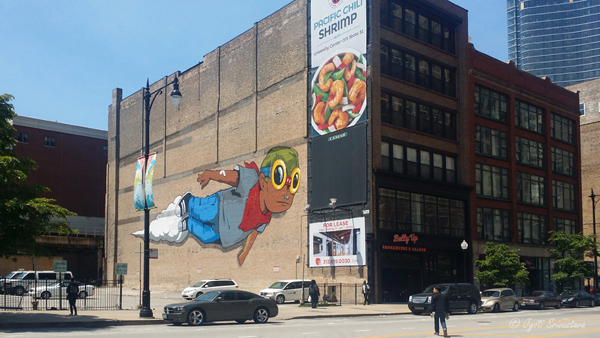 This year, eighteen new big wall murals join the earlier murals in the WAC. These new murals are by international, alumni and local street artists. For more, click here...  Image below is a mural by Don’t Fret [photography alumnus of Columbia College] at 1152 S. Wabash Avenue. 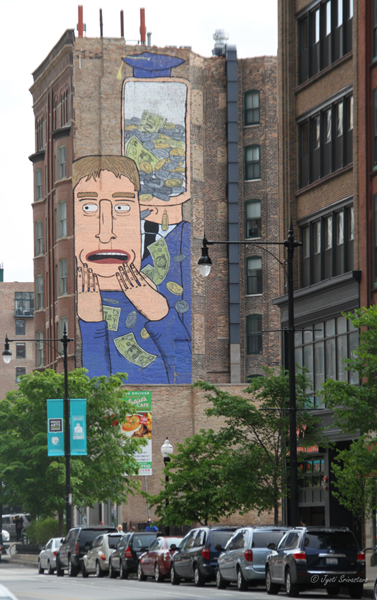