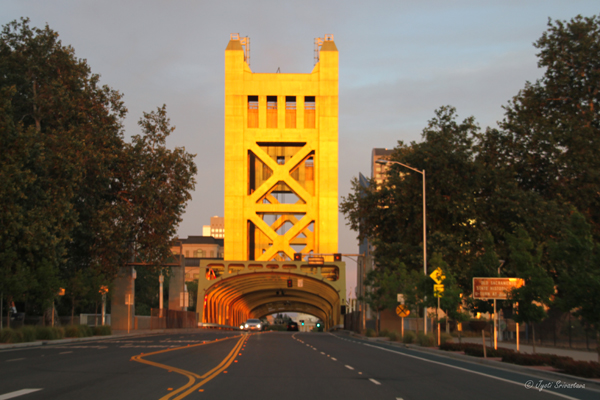 Tower Bridge – Gateway to the Capitol

In 1982, the Tower Bridge was added to the National Register of Historic Places

Tower Bridge: Gateway to the State Capitol
The designers gave special attention to the appearance of the bridge, creating portals that form a welcoming gateway to the city of Sacramento and to the state Capitol. At the total coat of $994,000 the Tower Bridge finally opened to traffic on Dec 15, 1935. For the year 1936, the American Institute of Steel Construction recognized it as “The Most Beautiful Bridge”. The bridge is exceptional as a rare example of an industrial lift bridge designed in the streamline modern style. In 1982, the Tower Bridge was listed in the National Register of historic places for its historical significance in architecture, engineering and transportation. 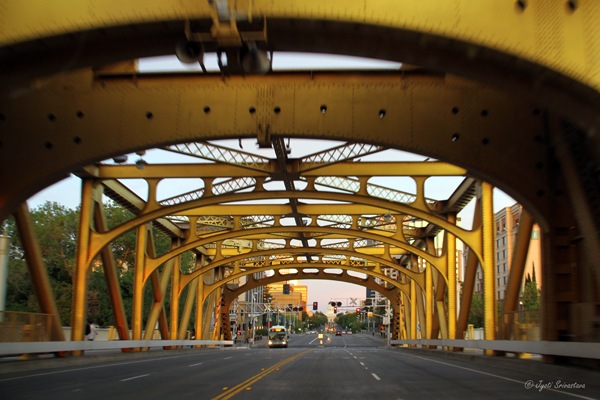 Bridge Color: The Tower Bridge was originally painted silver. In June 1976 it was painted a yellow-ochre to match the gold leafed capitol dome. In 2002, the bridge was repainted in the shade of gold.
Wikipedia informs.. In 2001, as the old paint job could hardly be distinguished, residents who lived within 35 mi (56 km) of the capital voted on a new color scheme. Their choices were burgundy, green, silver and gold; or all gold. The winning color was all gold, and it was repainted in 2002. However, that did not lessen the bridge’s color controversy. Some people complained that the new paint was not as gilded as advertised. Others have suggested that copper would have been a far better color choice, especially in the context of nearby buildings. The new coat is expected to last 30 years. 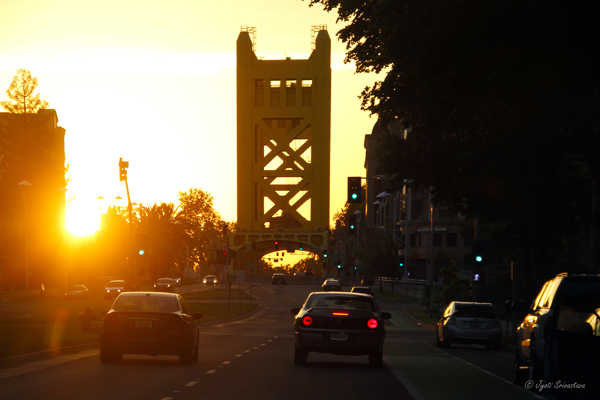 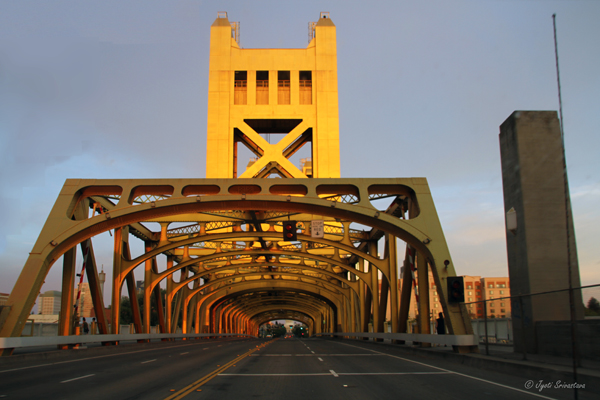 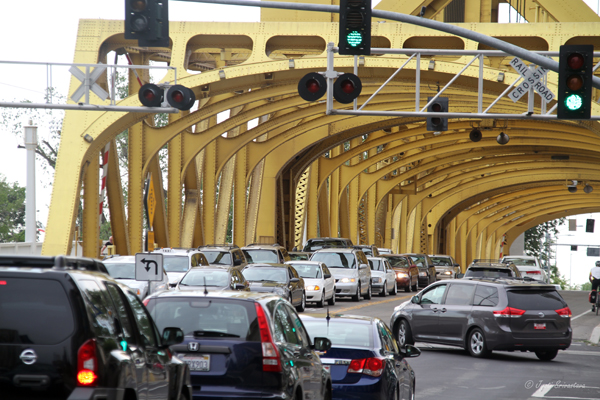 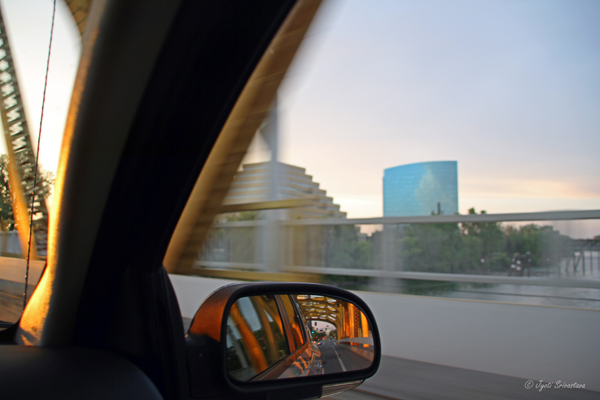 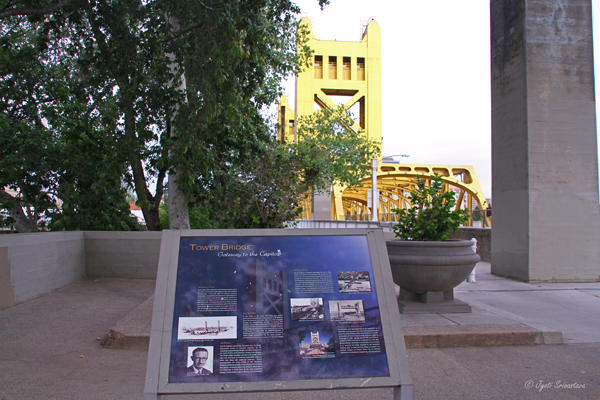 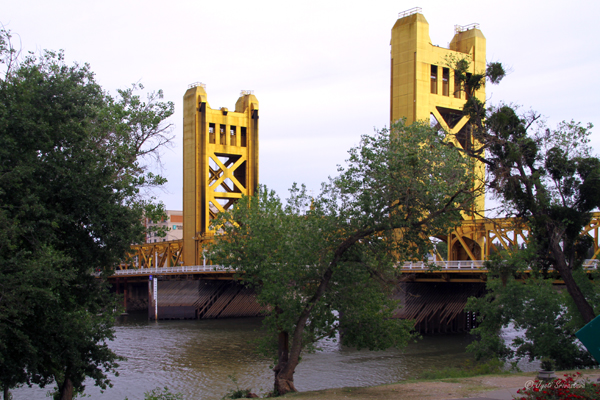