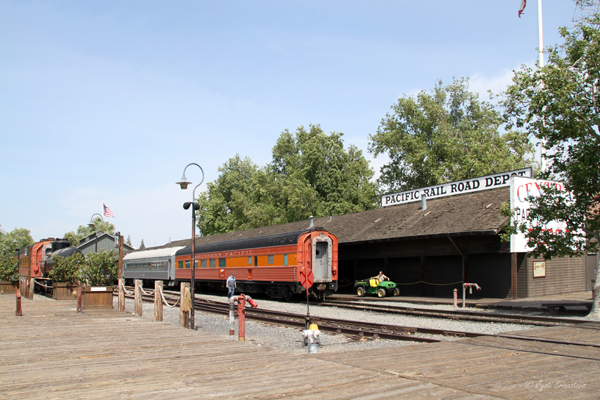 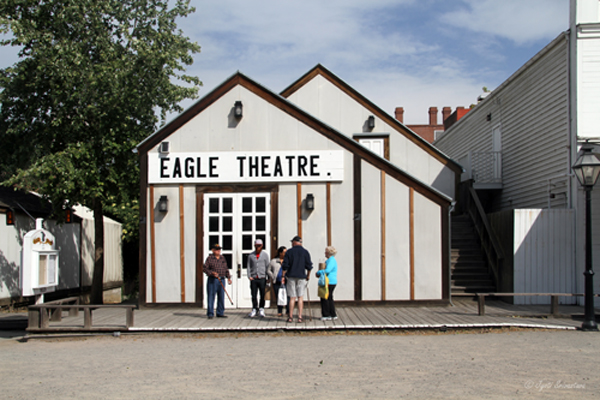 12. The Eagle Theater: Opened in October 1849 and closed on January 4, 1850, when the Sacramento River flooded the entire Embarcadero. The current building is a reconstruction of the original theater. The theater was reconstructed in 1974. 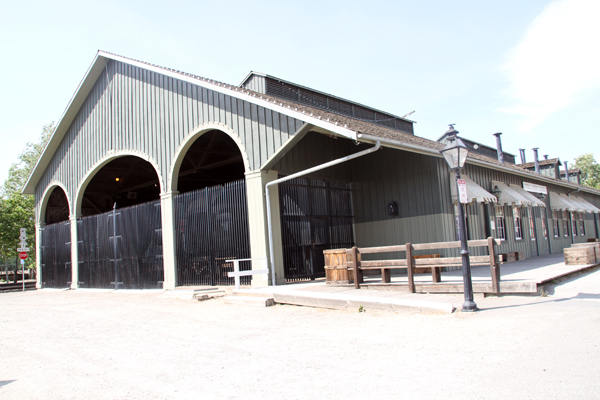 13. The Central Pacific Passenger Depot: was built in 1876 by the railroad. Located on Front Street between I and J Streets, the depot is a reconstruction of the original building. 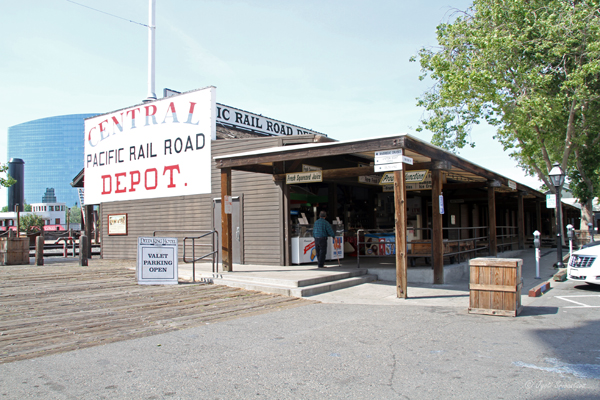 14. The Central Pacific Freight Depot: is the departure point for steam excursion trains. 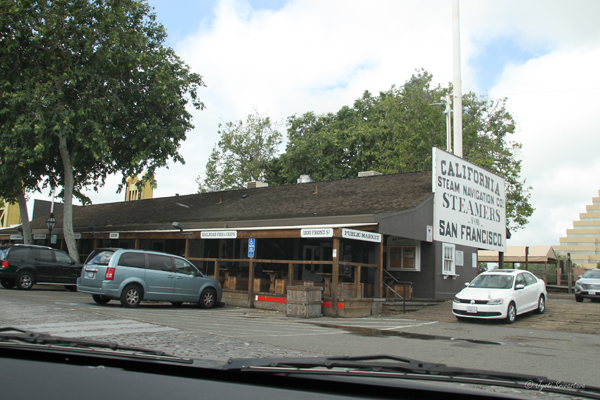 15. Originally constructed in 1864. It served as the embarkation point for steamboat passengers and freight bound for San Francisco and other points along the river. 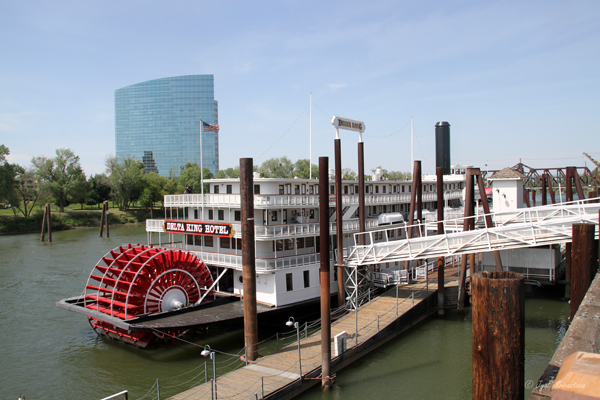 16. The Delta King: Carried passengers and cargo between San Francisco and Sacramento from 1926 to 1941. in 1984, it was restored as a floating hotel with shops, museums and restaurants.

17. The Globe was one of approx. 30 storeships along Sacramento riverfront. Built in Maine in 1833, it was 92 foot two-masted vessel of 139 tons. Because of the shortage of buildings resulting from rapid growth during the Gold Rush, vessels were converted into floating warehouses or “storeships”. 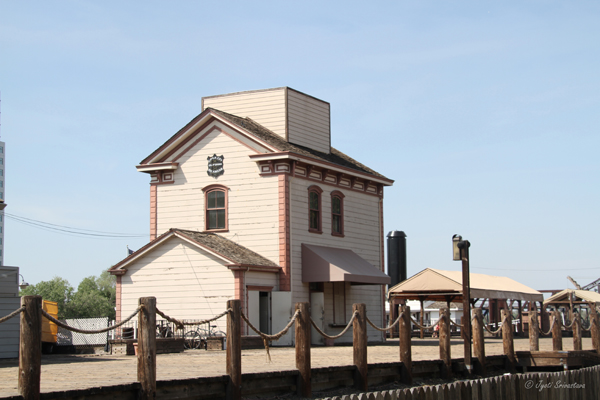 18. CPRR [Central Pacific Railroad] is the former name of the railroad network built between California and Utah, USA that built eastwards from the West Coast in the 1860s, to complete the western part of the “First Transcontinental Railroad” in North America. It is now part of the Union Pacific Railroad. 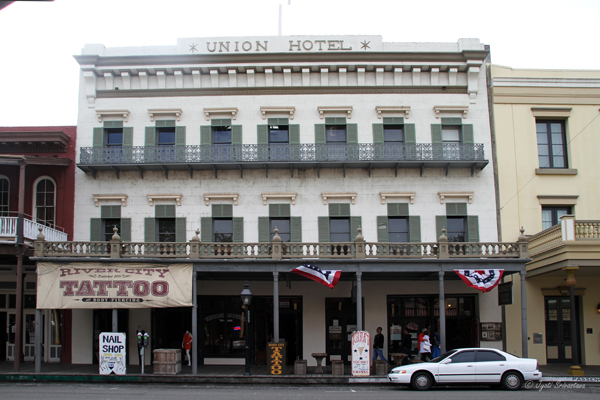 19.The Union Hotel: Originally named Veranda Hotel, was a wooden structure destroyed in the fire of 1852. Rebuilt of brick, it was popular with politicians and lobbyists. 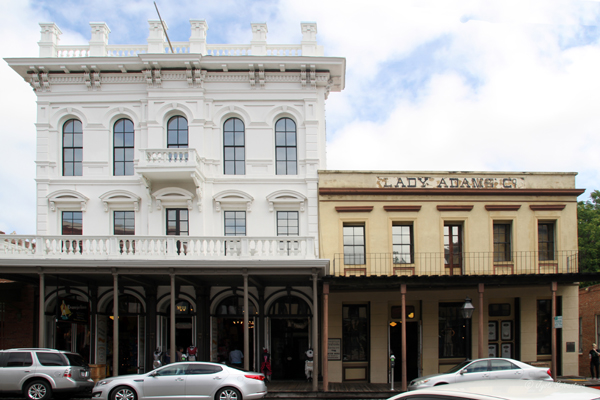 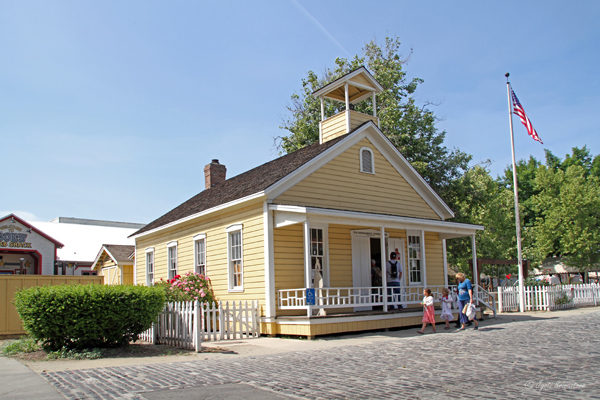 21. The Old Sacramento Schoolhouse: was built in a style of the one-room school found throughout Sacramento Valley in the 1800s. 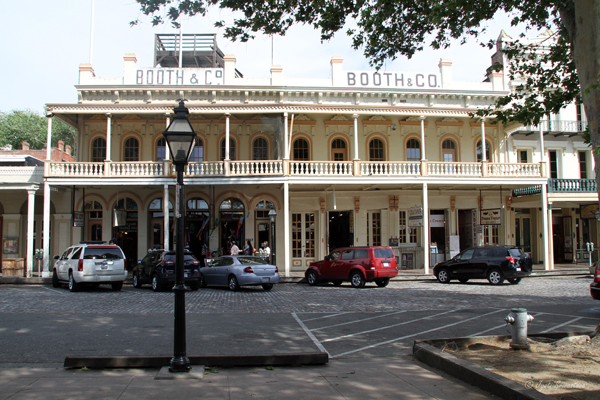 22. The Booth Buildings : were constructed by Newton Booth, one of Sacramento’s most influential citizens. He built one of the largest wholesale grocery business on the Pacific Coast. He installed a platform on the roof of the building so that incoming ships could signal the cargo’s worth, giving him an advantage over competitors. 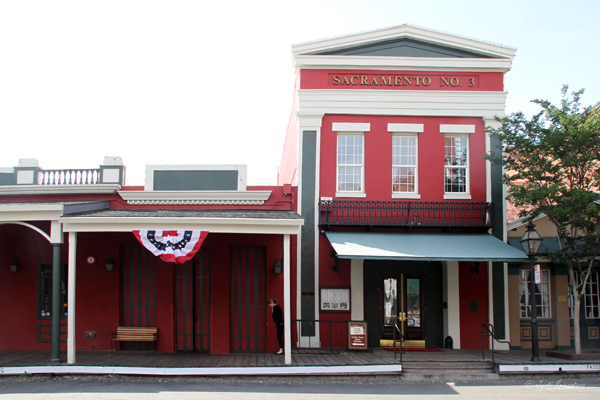 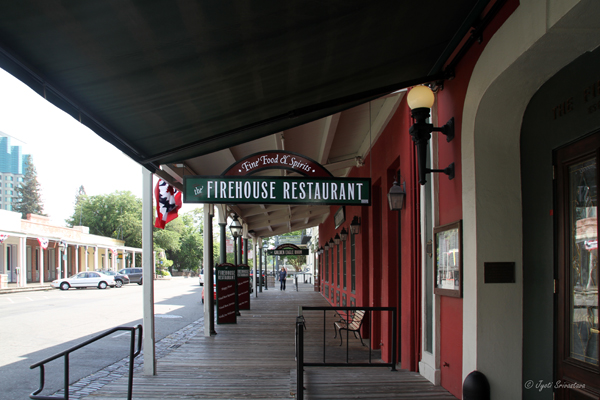 23. Sacramento Engine Company No. 3: was built in 1853. It is the oldest remaining firehouse in Sacramento and was one of the first building to be restored in Old Sacramento. Cope’s restaurant, simply called the Firehouse, was located in the Firehouse 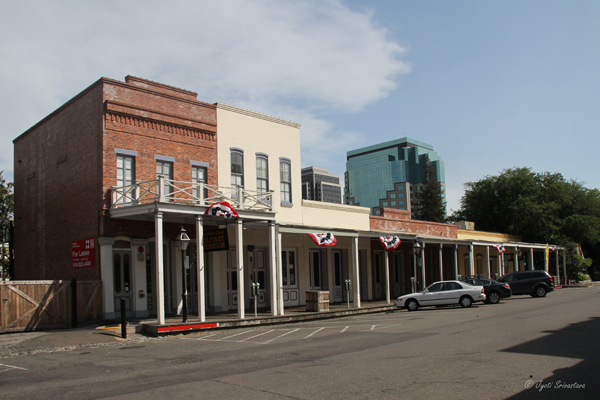 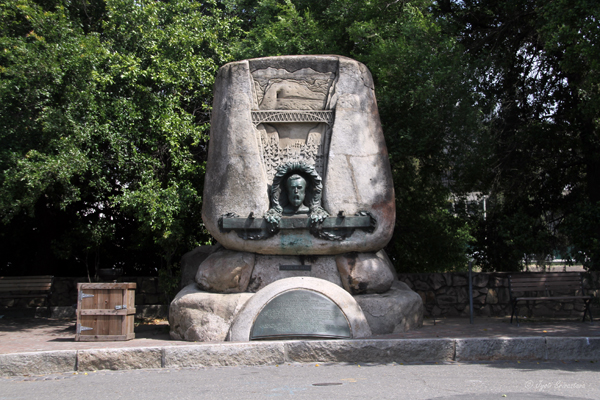 25. The Theodore Judah Monument: acknowledge the brilliant engineer who created the plans for a transcontinental railroad across the Sierra Nevada.