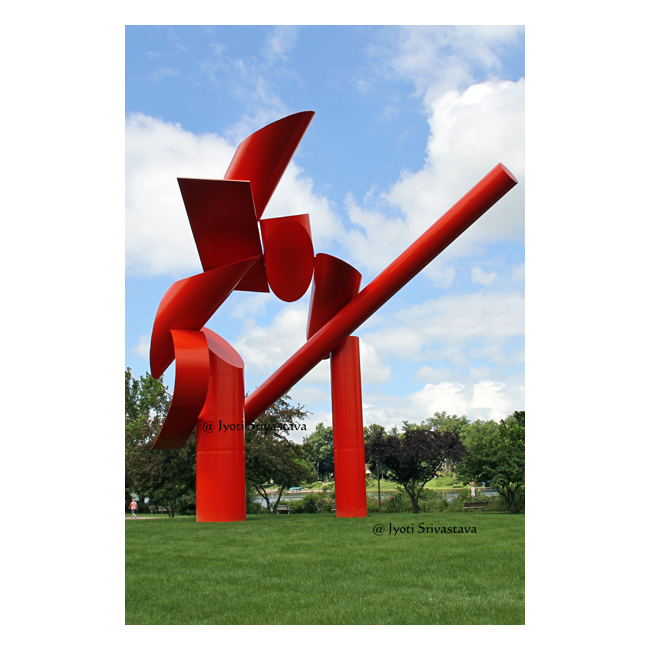 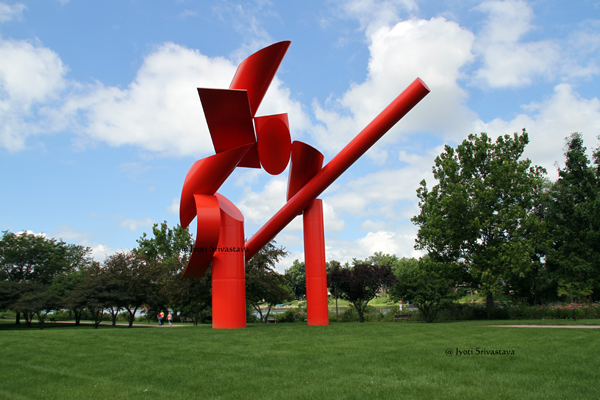 From the Rockford Park District brochure..
This piece, created for the City of Rockford, was originally erected at the intersection of the State and Wyman Streets to much negativity and controversy. When the intersection was reopened to traffic in 1984, the sculpture was disassembled and left to rust for six months until it was reassembled at its current location and placed in October, 1984 amid significant community-wide controversy. As time has passed, Symbol has become a source of pride and graces the cover of many publications welcoming people to our community.

Libernam’s colossol scaled compositions are constructed from discarded tank drums, boiler heads, giant pipes and steel beams. They are cut and sliced to evoke baroque sculpture and architectural models, from grain silos to Greek temples and medieval cathedrals. Liberman said at the sculpture dedication.. ” To me, it symbolizes an uplifting spiritual feeling, and I hope a sense of exhilaration and stimulation.” he also commented on the actual act of building, “the engineers said this was the most difficult engineering project they ever had to face. that’s because there are so many points of contacts in it with one-inch steel”.

I have always wondered, if any other color would have looked as attractive?
Liberman explained that “red is always good in a city environment. It is the only color that really breaks away from the background.”

Alexander Semeonovitch Liberman (1912 – 1999) .
Liberman was born in Kiev Russia, in 1912. Liberman was a Russian-American magazine editor, publisher, painter, photographer, and sculptor. He was educated in Russia, England, and France. He began his publishing career in Paris in 1933. He emigrating to New York in 1941. It was only in the 1950s did Liberman take up painting and, later, metal sculpture. In the early 1960s, Liberman learned the basic techniques of steel welding for large scale projects that he would soon be known for. Being an immigrant, who came to America to seek work and success, Liberman was intrigued by America’s industrial scale. His intrigue resulted in many sculptures that evoked the spirit of working class America. His highly recognizable sculptures are assembled from industrial objects (segments of steel I-beams, pipes, drums, and such), often painted in uniform bright colors. In a 1986 interview concerning his formative years as a sculptor and his aesthetic, Liberman said, “I think many works of art are screams, and I identify with screams.” 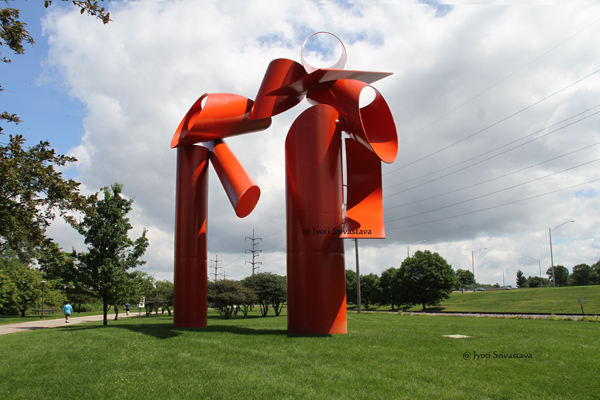 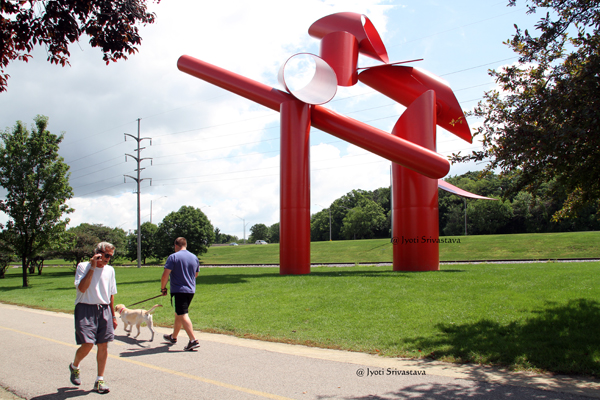 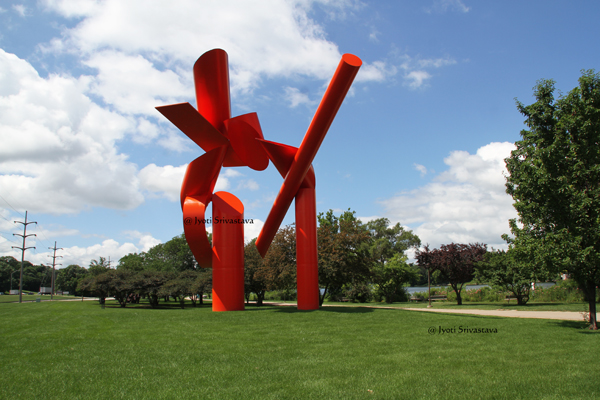