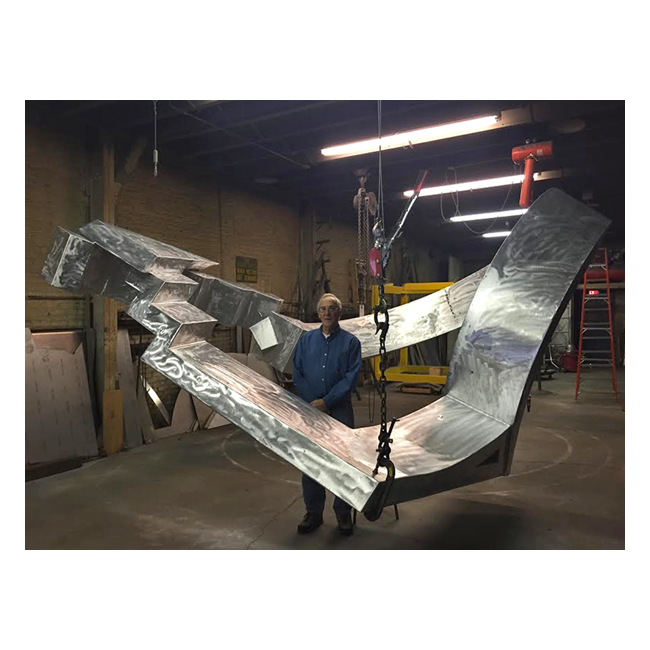 November 16, 2015: Visited studio of sculptor Bruce White and his poet wife Gail White in DeKalb, Illinois, along with Debbie and Steve Mueller of Vector Custom Fabricating.

Bruce White is a retired professor of Art from Northern Illinois University. He has produced many large scale public works, installed throughout the country and abroad. He makes abstract sculptures and his preferred materials are stainless steel and aluminum, although he has created works in bronze and granite, “essentially materials which lend themselves to permanence”. His wife Gail White is also a creative artist and writes poetry.

Steve Mueller is co-founder of Vector Custom Fabricating.. click here.., and an artist in his own right click here. Steve along with his wife Debbie Muller own the High Lake Sculpture Garden which focuses on outdoor sculpture by contemporary Chicago and Mid-West sculptors.click here.. 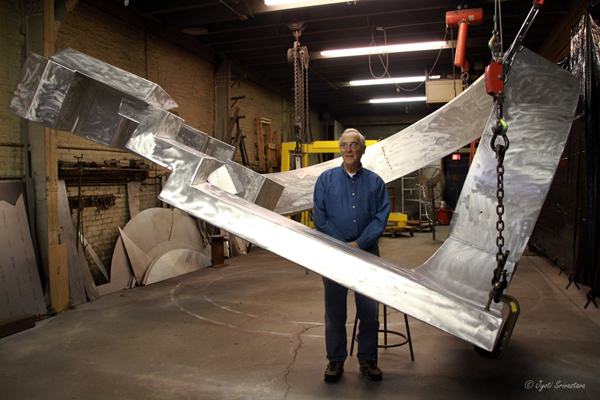 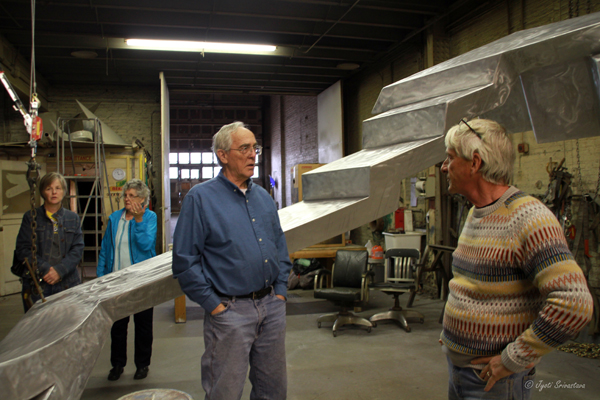 Bruce White works from his studio on East Locust Street in DeKalb. The studio is converted from a truck shop that he bought about 30 years ago. The loft style studio – with spacious open floor plan, brick walls, high ceiling, steel beams, and concrete floor – is perfect for working on large scale sculptures. On the  ground floor,  he works on his monumental sculptures; as is seen in image above, while the image below shows upstairs, which is beautifully decorated with small-scale sculptures and maquettes of his installations at various locations. 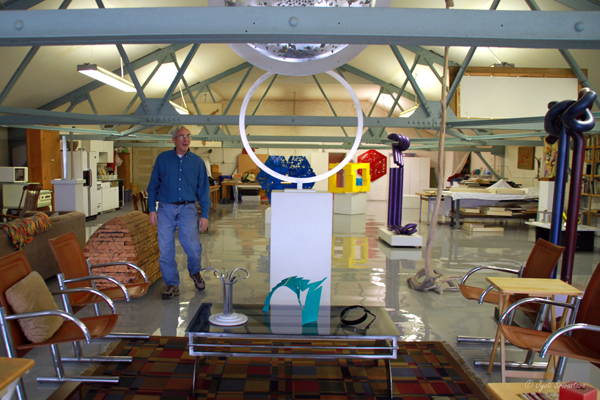 He very fondly reminiscences the time when the large open upstairs loft, was occupied by, what he described as the “most creative art students”, who practiced their craft and threw the best parties in town! They now have moved out and are established artists in their own right. But some of the work of his students like Andrew Arvanetes, Paula P. Martinez and Jack Balas  still adorn this beautifully kept studio! 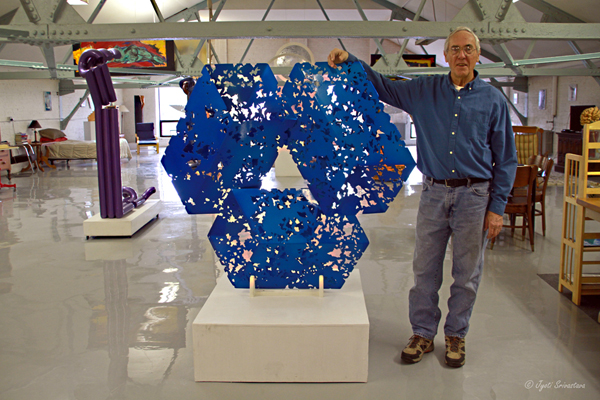 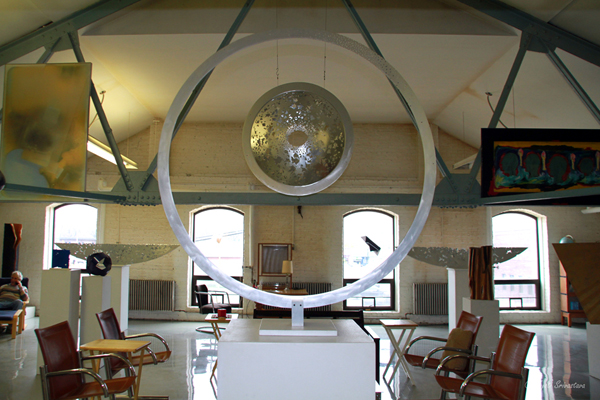 Talking about his inspiration to become a sculptor comes from his mother. As a kid, he would observe his mother, who stitched cloths at home, and was fascinated by the skill with which she converted flat piece of fabric into three dimensional dresses. He chose to do the same with metals. He cuts, beats, joins, twist and turn metals into beautifully shaped sculptures. Although he has worked with bronzes, but steel and aluminum are his preferred medium of work.

Bruce White was born in Bayshore, New York,and grew up in New Jersey. He spent most of his childhood summers on Long Island and the Jersey shore and developed a keen interest in boat building and sailing. He earned a Bachelor’s degree at the University of Maryland, and Master’s and Doctoral degrees at Columbia University in New York City.  After graduation White taught at Florida State University, Garden City High School, Adelphi University, Queens College, and Southern Illinois University and finally settled at Northern Illinois University. 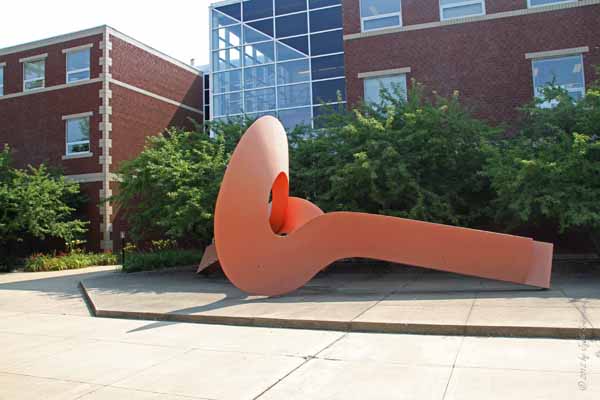 Aurora I [1980] – by Bruce White / University of Illinois Urbana-Champaign

His identity as a Chicago artist began as a result of his involvement with the original Navy Pier Sculpture exhibitions. White’s work, “Aurora I”, was the first direct purchase by the State of Illinois program, Art-In-Architecture, and the sculpture is now located on the campus of the University of Illinois in Urbana. This work was followed by a major work, “Delphin”, for the new Illinois Revenue Building in Springfield.

His works – public and private – can be seen throughout the United States. His permanent large-scale public commissions may be found in Illinois, Florida, Texas, Oklahoma, Minnesota, Iowa, North Carolina, New Jersey, Indiana, Michigan, Mississippi, Wisconsin, Alabama, and Virginia. In Chicago he has received prominent commissions for two public works, one of which is located at 4400 Chicago Avenue, and another on the Farallon Building on Dearborn and Ohio. White has also done two works in Sweden, one the result of a grant from the America-Scandinavian Foundation and private donations. He currently divides his time between Illinois and Florida.

In Chicago he has received prominent commissions for two public works, one of which is located at 4400 Chicago Avenue, and another on the Farallon Building on Dearborn and Ohio. 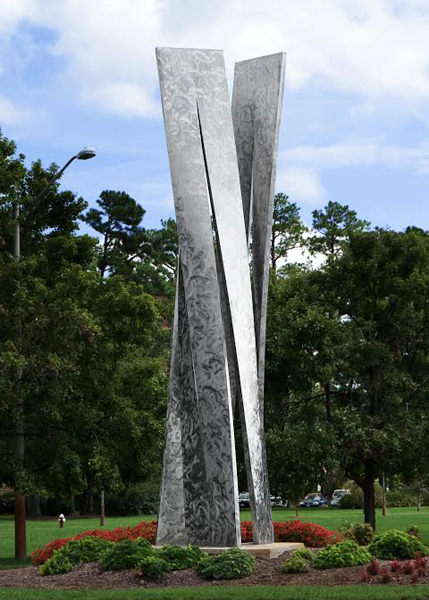 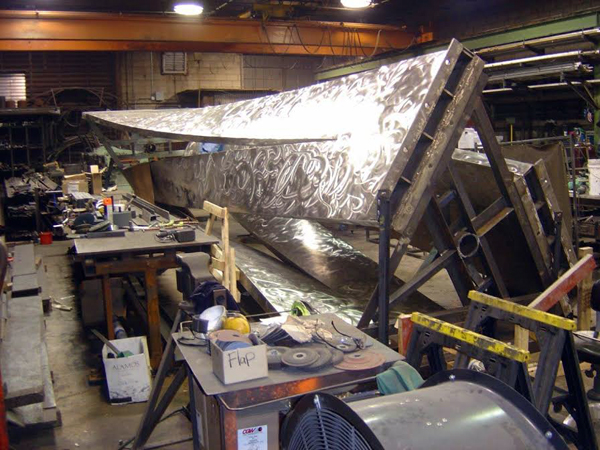 Although he makes most of the sculptures in his own studio in DeKalb, some have been collaborations with Chicago’s Vector Fabricating like Izar [2007], Jubilee [2004], Fire Monument [2002] and Millennium [2000]. The collaboration has resulted into a good friendship between Bruce White and Steve Mueller, and partially explains this visit. The other reason was my attempt to meet with contemporary sculptors of Chicago and to document their work.. click here..

The trip ended with lunch at Rosita’s Mexican restaurant.
A very enjoyable trip.

Thank You Gail and Bruce White, and Debbie and Steve Mueller. 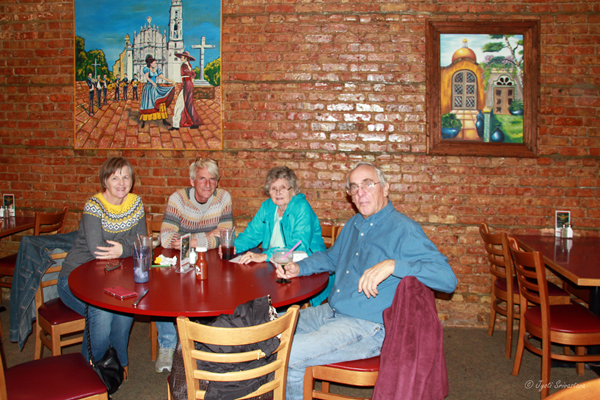 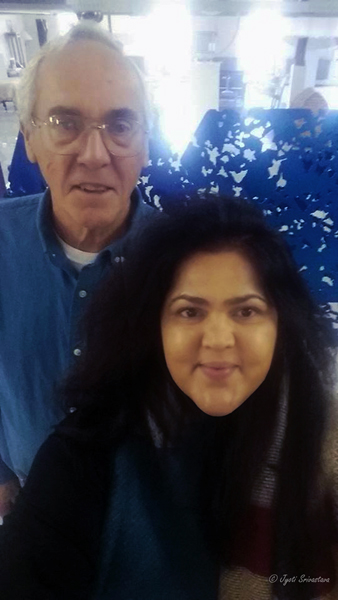 Some more images from the day.. 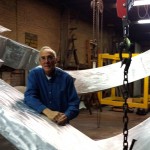 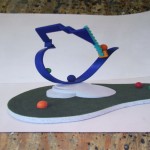 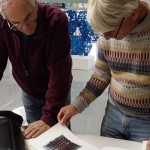 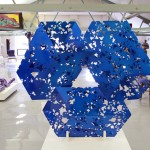 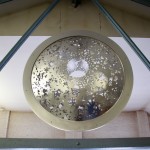 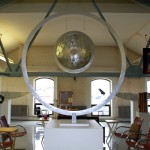 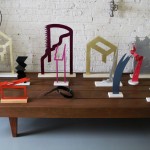 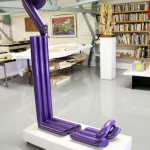 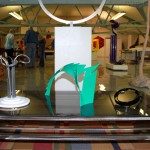