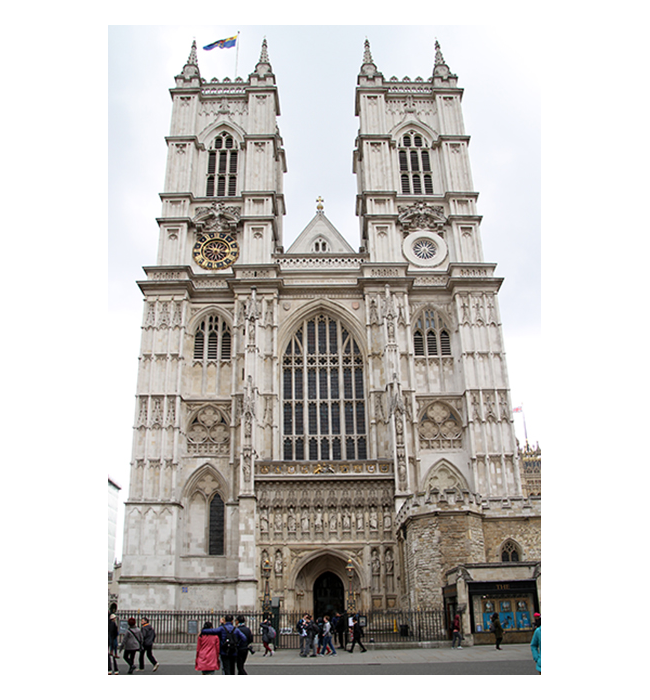 In 1987, UNESCO inscribed the Palace of Westminster and Westminster Abbey
including St. Margaret’s Church in the World Heritage List.

Palace of Westminster and Westminster Abbey, including St. Margaret’s Church:
The site has been involved in the administration of England since the 11th century, and later the United Kingdom. Since the coronation of William the Conqueror, all English and British monarchs have been crowned at Westminster Abbey. Westminster Palace is home to the British Parliament.  St Margaret’s Church is the palace’s parish church, and although it pre-dates the palace and was built in the 11th century, it has been rebuilt since.

The Palace of Westminster, Westminster Abbey, and St Margaret’s Church together encapsulate the history of one of the most ancient parliamentary monarchies of present times and the growth of parliamentary and constitutional institutions.  They  continue in their original functions and play a pivotal role in society and government.

World Heritage Site website.. click here..
The Abbey, the Palace, and St Margaret’s illustrate in a concrete way the specificities of parliamentary monarchy over a period of time as long as nine centuries. Whether one looks at the royal tombs, the Chapter House, the remarkable vastness of Westminster Hall, of the House of Lords, or of the House of Commons, art is everywhere present and harmonious, making a veritable museum of the history of the United Kingdom. 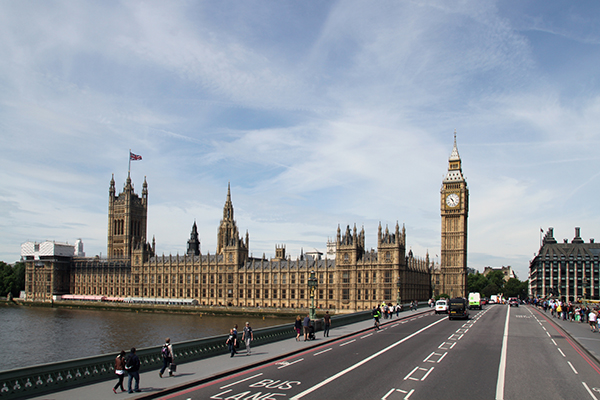 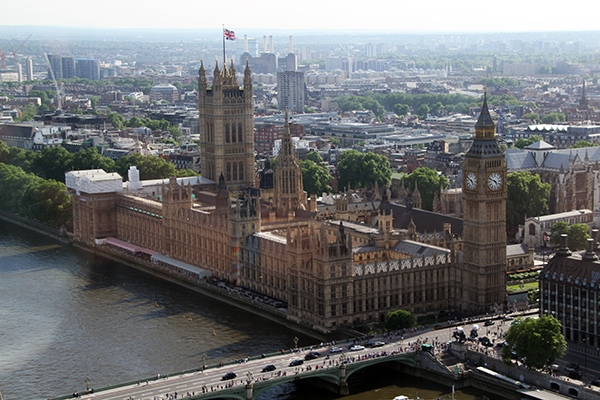 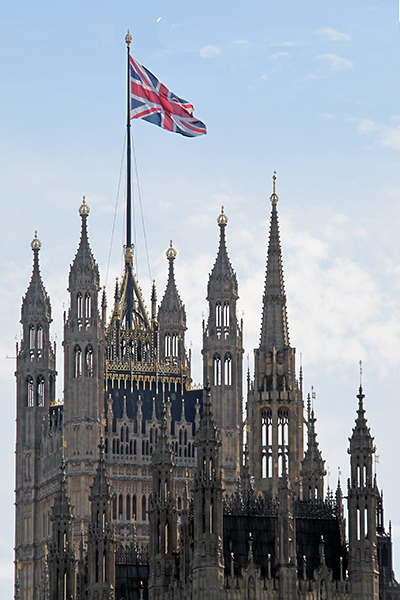 VICTORIA TOWER: The Victoria Tower is the square tower at the south-west end of the Palace of Westminster in London. At 323 ft, it is slightly taller than the more famous Elizabeth Tower ( popularly known as ‘Big Ben’- 316 feet) at the north end of the Palace. The main entrance at the base of the tower is the Sovereign’s Entrance, through which the Monarch passes at the State Opening of Parliament. On top of the Victoria Tower is an iron flagstaff from which flies the Union Flag or, when the Sovereign is present in the Palace, the Royal Standard. The flag used to be flown only on days when either House of Parliament sat, but since January 2010 it has been flown every day. The Victoria Tower incorporates a cast-iron framework which, rather than the visible stonework, provides the main strength supporting the structure.

On the right is the Victoria Tower / Palace of Westminster 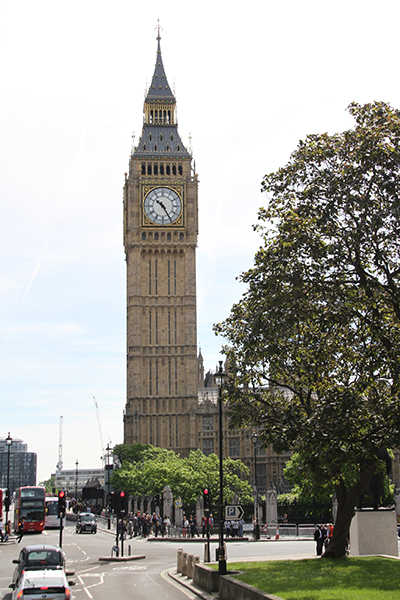 ELIZABETH TOWER [Clock Tower or the Big Ben]: The Clock Tower itself is not named as the Big Ben. In June 2012 the House of Commons announced that the clock tower was to be renamed the “Elizabeth Tower” in honor of Queen Elizabeth II’s Diamond Jubilee. Before that, it was just called “Clock Tower”. Big Ben is the great bell inside the tower. Over time, people started calling the tower as Big Ben. Nobody knows exactly why it is called the Big Ben? There are two likely sources: One is that it is named after Benjamin Hall, an MP who oversaw the installation of the Great Bell and was a rather a heavy man. Or second explanation is that maybe it is named after Benjamin Caunt, an English heavyweight boxing champion who was often known as Big Ben himself. This mystery will most likely never be solved!
Scroll down for Big Ben chime: 4 O’clock. 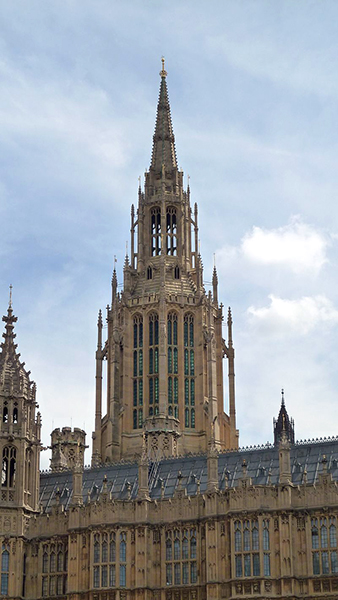 CENTRAL TOWER: The slender form of the Central Tower, which was designed as a spire, markedly contrasts with the more massive square towers at the ends of the Palace. 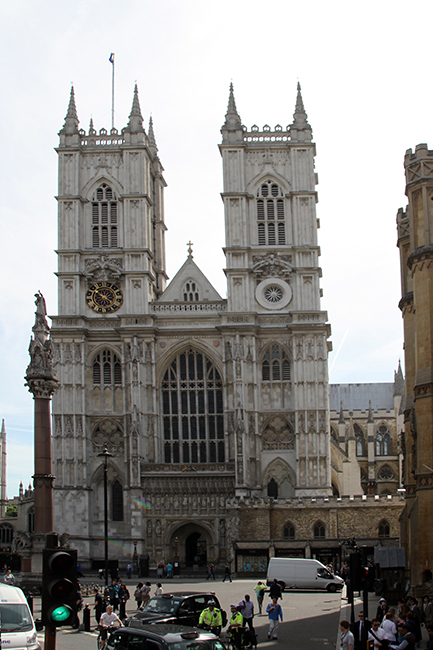 A large, mainly Gothic abbey church in the City of Westminster, London, England. It is just to the west of the Palace of Westminster. It is one of the United Kingdom’s most notable religious buildings and the traditional place of coronation and burial site for English and, later, British monarchs. The building itself was a Benedictine monastic church until the monastery was dissolved in 1539. Between 1540 and 1556, the abbey had the status of a cathedral. Since 1560, the building is no longer an abbey or a cathedral, having instead the status of a Church of England “Royal Peculiar”—a church responsible directly to the sovereign.

Westminster Abbey is the place where monarchs are crowned, married and buried. It is also a focus for national memorials of those who have served their country, whether prominent individuals or representatives, such as the tomb of the Unknown Warrior.

The Abbey, is a place of worship for over 1000 years, maintains the daily cycle of worship as well as being the church where major national celebrations and cultural events are held. 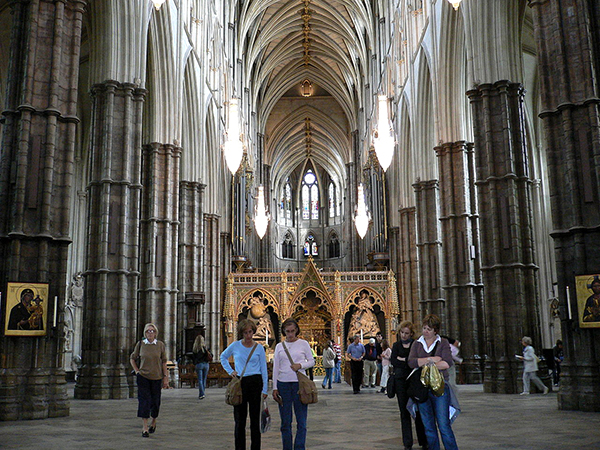 The Nave of Westminster Abbey 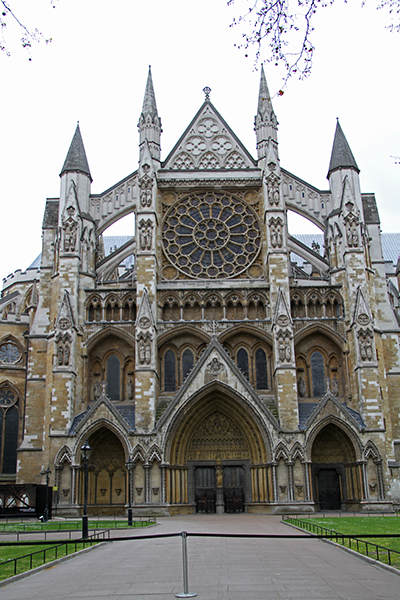 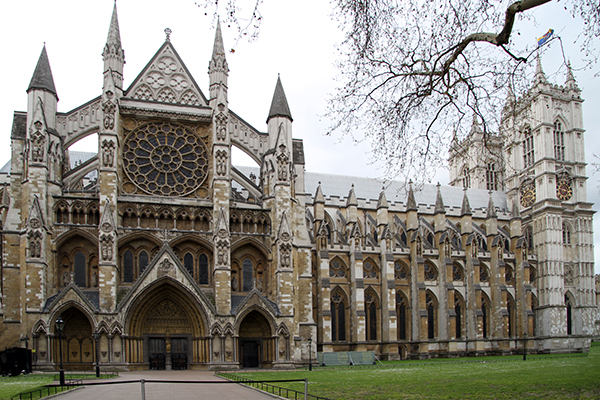 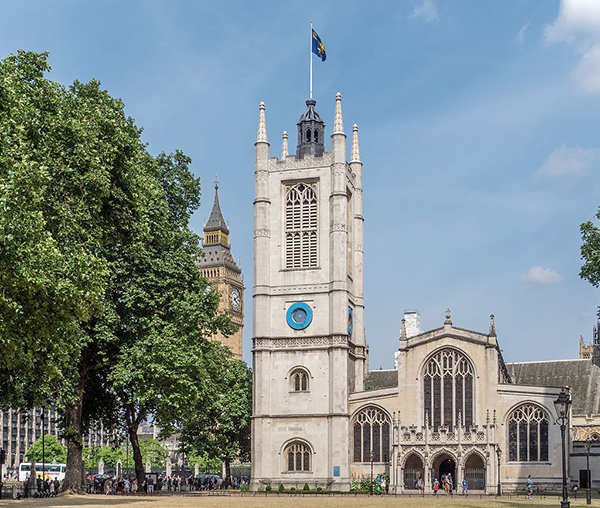 St. Margaret’s Church continues to be the parish church of the Palace of Westminster and has been the place of worship of the Speaker and the House of Commons since 1614 and is an integral part of the complex. 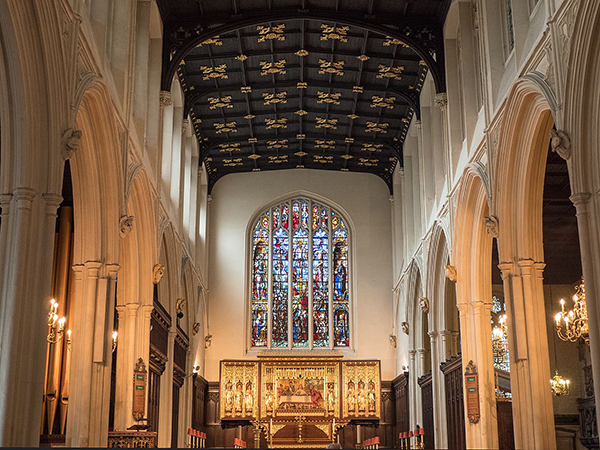 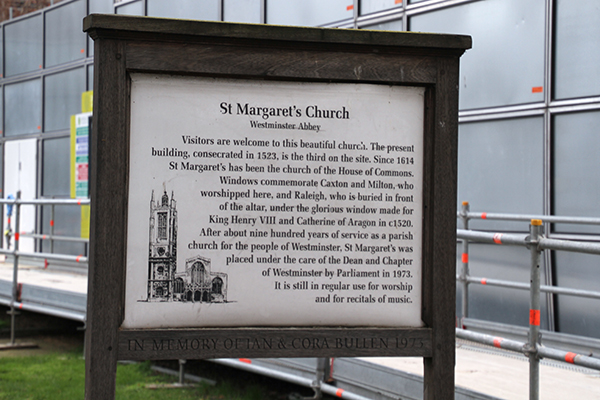 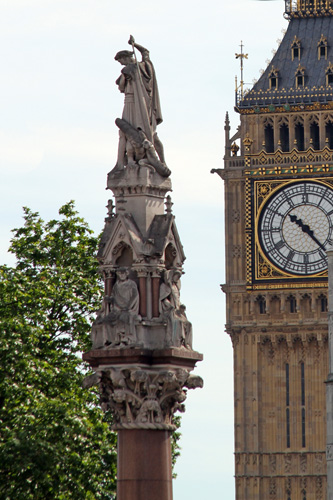 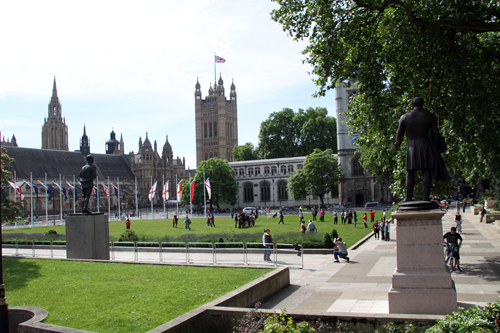 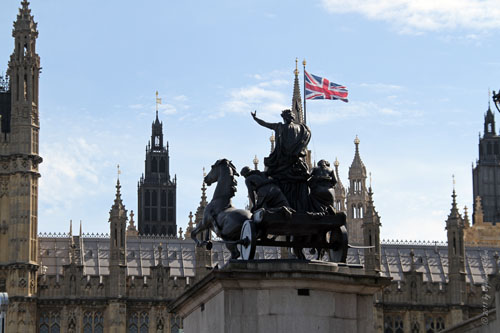 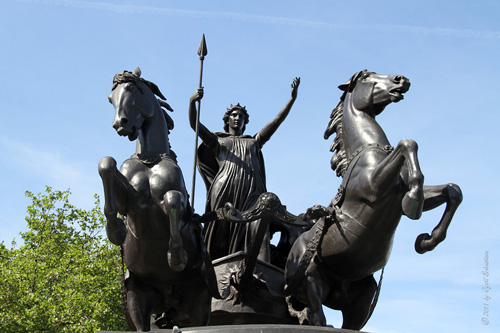 BUFFER ZONE: Outside the  World Heritage Site [WHS], but immediate environments that protect the local settings and ensure that all elements of Outstanding Universal Value are contained and protected within the WHS.

While at it, here is Big Ben chime: 4 O”Clock