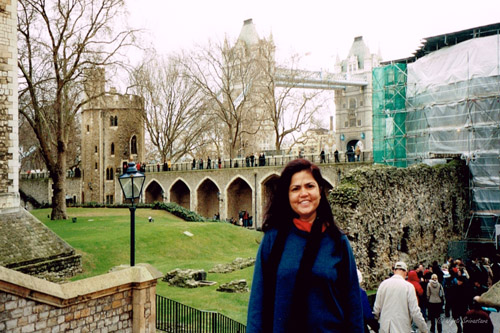 The above image was taken in my trip to London in 2003.

The site was inscribed on the World Heritage List in 1998. 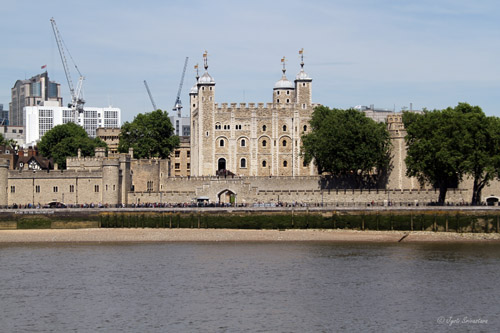 The Tower of London – A UNESCO World Heritage Site

The Tower of London castle complex has 21 towers. The White Tower [with royal armouries] and the Waterloo Barracks [with crown jewels] are the most important. Other significant towers in the complex include: Medieval Tower, Byward Tower, St. Thomas Tower / Traitor’s Gate, Wakefield Tower / Torture Tower, Bloody Tower, Beauchamp Tower, Fusiliers Museum and Queens House.
For me, some of the most interesting trivia related to Tower were – Legend of the Ravens, Beefeaters, and the diamond Koh-i-Nur! 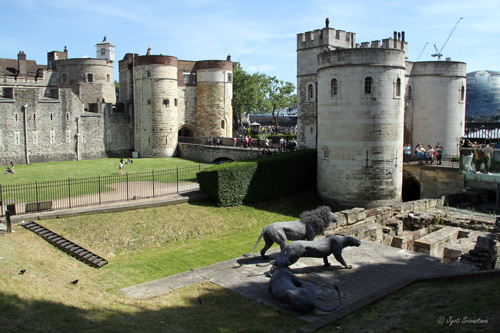 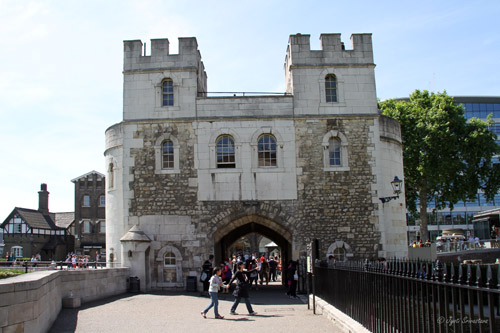 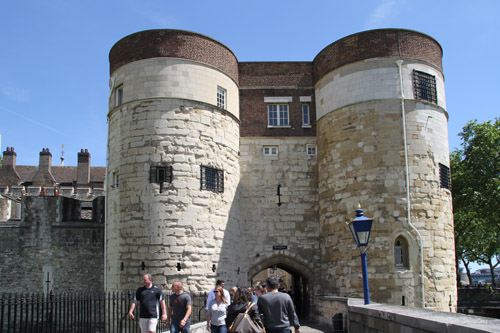 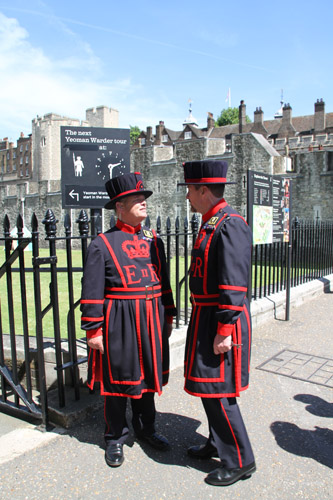 Yeoman Warders, nicknamed as Beefeaters
A Yeoman Warder tour is one of the most popular attractions for visitors to the Tower. They are the official guardian of the Tower of London. The office of yeoman warder has existed since the Tower was constructed in the 11th century; it is one of the oldest such offices in the world. Contemporary yeoman warders act as historians and guides in the Tower of London. Prior to being named a yeoman warder, a candidate must have served a minimum of 22 years in the British Army, the Royal Marines, or the Royal Air Force and must have achieved the rank of senior noncommissioned officer. All Yeoman Warders (and their families) live in the Tower so that warders may attend to duties at any time of the day or night. The first female yeoman warder was installed in 2007.

It is thought their nickname “Beefeater” is derived from their position in the Royal Bodyguard, which permitted them to eat as much beef as they wanted from the king’s table. There is another theory for the origin of the nickname. In the past, Warders were paid part of their salary with balls of beef. 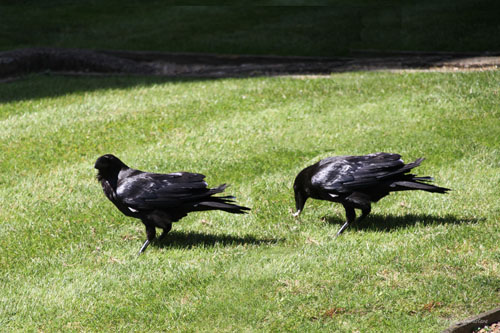 Tower of London – Legend of Ravens

Legend of the Ravens…
The legend of the ravens, has it that the kingdom and the Tower will fall if the resident ravens ever leave the fortress. The legend has become of such importance that royal decrees have been issued protecting the birds. It was said to be King Charles II (1660-1685) who first insisted that the ravens of the Tower should be protected. The Tower’s ravens cannot fly away because the flight feathers on one wing are kept clipped. With the single wing clipped, they can only fly for short distances to perch. The decree requires that at least six birds be kept at the Tower at any given time. There is at present an official Yeoman Warder termed the Raven Master, who tends to the birds. The ravens are lodged by the Wakefield Tower. Each Tower raven has a different coloured band on one leg, to make it easier to identify individual birds. Ravens in captivity in the Tower grounds have reached the age of over 40 years. 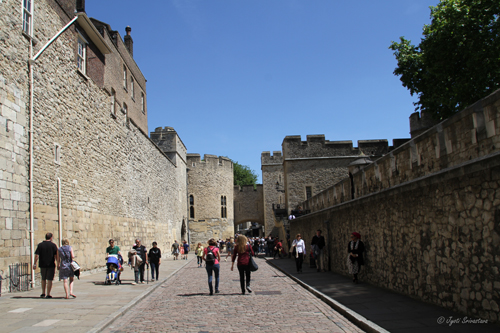 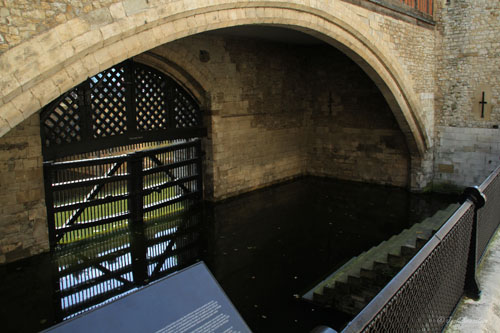 Traitor’s Gate is a water-gate under St Thomas’s Tower. It is known as the ‘Traitors’ Gate’ because of the number of prisoners, accused of treason, who have passed through it. The journey of these prisoners was made by barge along the River Thames. Often their journey would take them past London Bridge where the heads of recently executed traitors were displayed on the roof of the stone gate house. 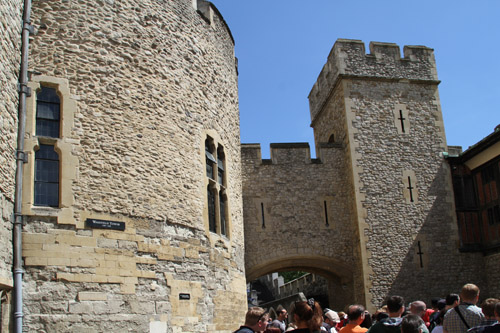 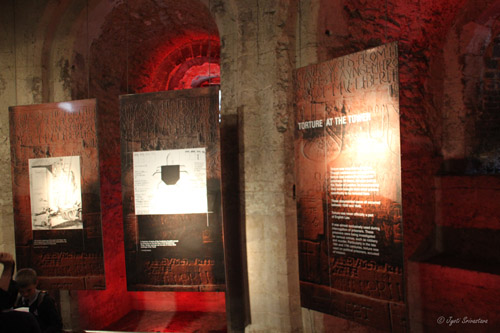 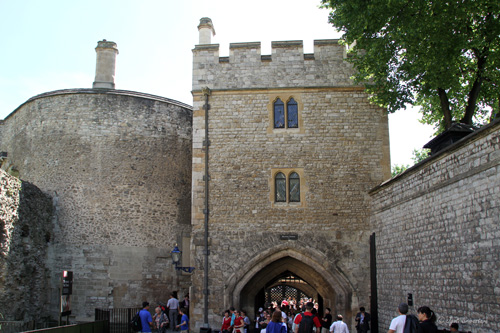 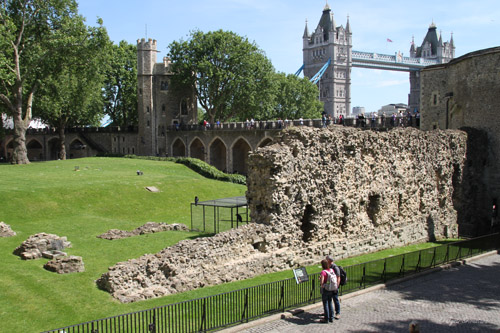 Tower of London – Wall of the innermost ward 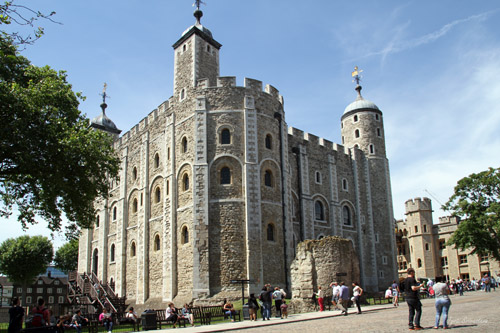 The Tower of London was built by William the Conqueror who invaded England in 1066. William the Conqueror initially built a wooden Motte and Bailey castle. [A motte-and-bailey castle is a fortification with a wooden or stone on a raised earthwork called a motte, accompanied by an enclosed courtyard, or bailey, surrounded by a protective ditch and palisade]. In 1078 a stone-fortified Tower was commissioned by William the Conqueror replacing the timber tower. It was called the Great Tower which was later re-named the White Tower. It was completed in 1097. The White Tower is the most important building in the Tower of London – it is the Keep of the castle. The word ‘Keep’ means “that which keeps or protects – the strongest and securest part of a castle, often used as a place of residence by the lord of the castle”.

Later many of the different towers were gradually added, over many hundreds of years, providing additional protection. Now there are 21 towers which together, form the Tower of London castle complex. White Tower is just one of the. The Tower of London covers an area of 18 acres and its magnificent architecture covers almost all the styles which have flourished in England. 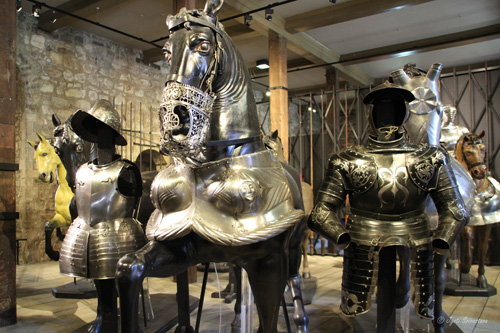 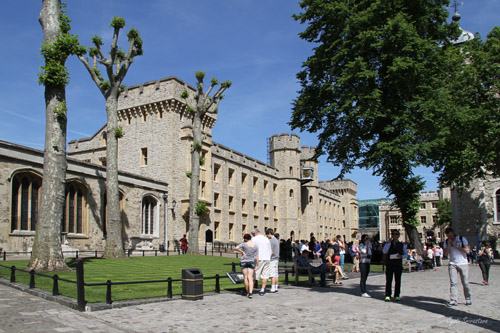 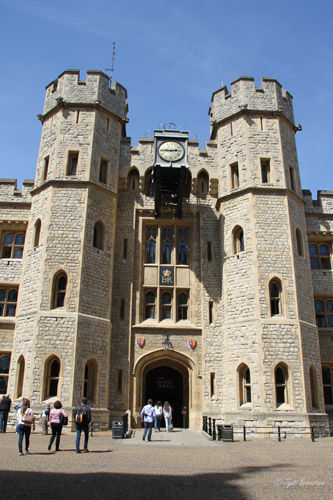 Of particular interest to me, was the Kohinoor Diamond, which originally belongs to India. It it was mined in Andhra Pradesh, India. When uncut it was 793 carats and now when it is cut, it is  a 105.6 metric carats diamond. It belonged to many dynasties in India.  Hindu, Mughal, Persian, Afghan  and Sikh rulers fought bitterly over it at various points in history and seized it as a spoil of war time and time again.  [Shah Jahan, famous for building the Taj Mahal in Agra, had the stone placed into his ornate Peacock Throne].  In 1849, the diamond was confiscated from the Sikh Empire by the British East India Company and became part of the British Crown Jewels when Queen Victoria was proclaimed Empress of India in 1877. The diamond is currently set into the Crown of Queen Elizabeth and is on display at the Tower of London. 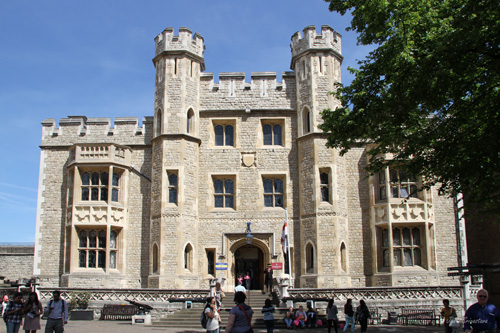 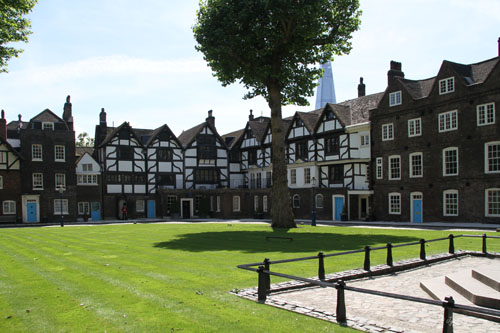 Tower of London – The Queen’s House 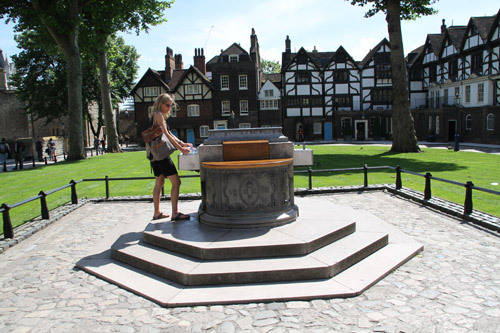 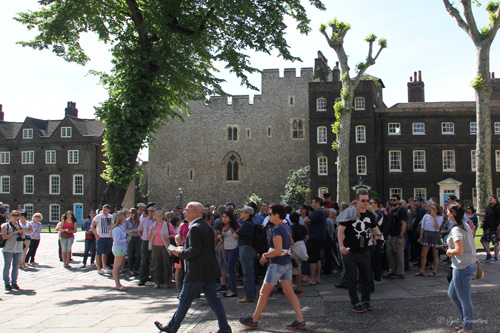 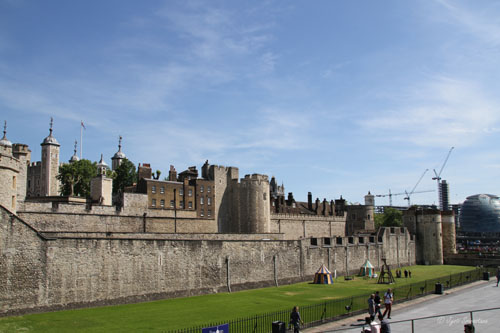 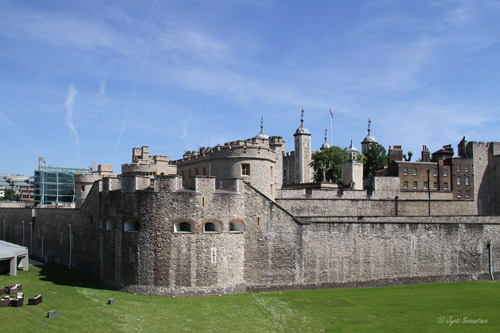 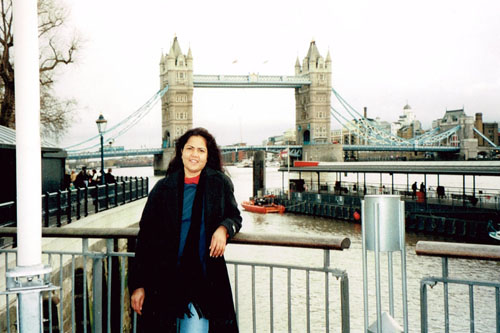