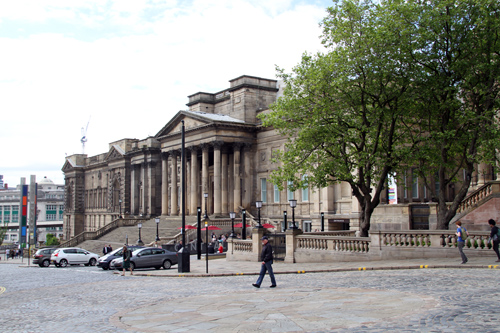 Liverpool – Maritime Mercantile City – was inscribed as a cultural World Heritage Site by the World Heritage Committee at its meeting in Suzhou, near Shanghai on 2nd July 2004. Liverpool was inscribes under the theme “Liverpool – the supreme example of a commercial port at the time of Britain’s greatest global influence.”

[I] The PIERHEAD: The Pier Head was the point of departure of millions of migrants from Europe to America and elsewhere in the 19th and early 20th centuries. Its origins date back to the 18th century, when the city also played a big part in the Trans-Atlantic Slave Trade, until its abolition in 1807. These movements of people had a major impact on the global population today.

The Pierhead is the focal point of Liverpool’s waterfront. It is the most recognizable image of the city for passengers coming from River Mersey. Three palatial buildings, in Edwardian style, face the river: Royal Liverpool Building [1911], the Cunard building [1916] and the Port of Liverpool building [1907]. Another important building was built later, in the art Deco style: the George’s Dock Tunnel and Ventilation building [1934]. It also has many memorials like Goscombe John’s Memorial to All Heroes of Marine Engine Room [commissioned following the sinking of Titanic in 1912]. 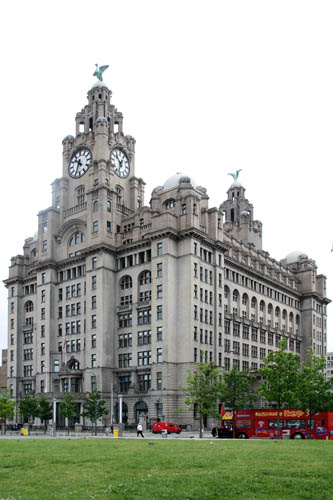 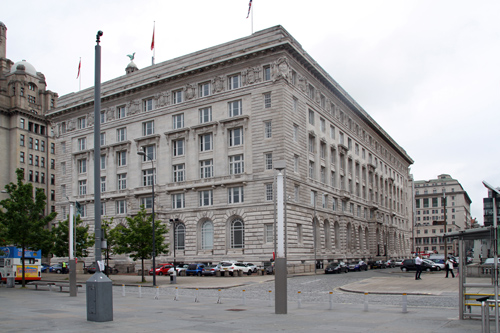 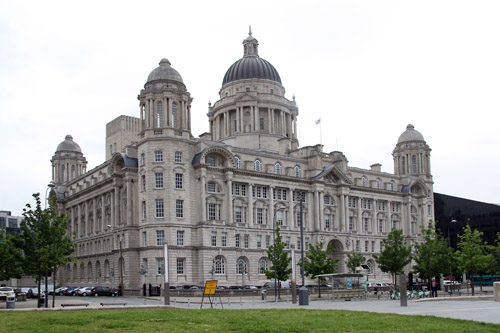 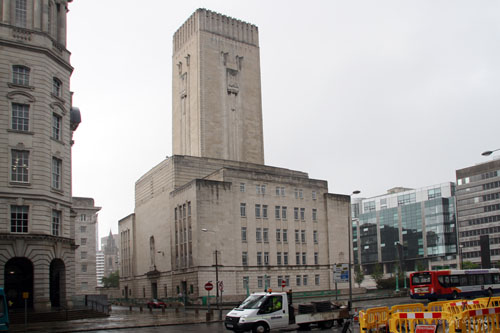 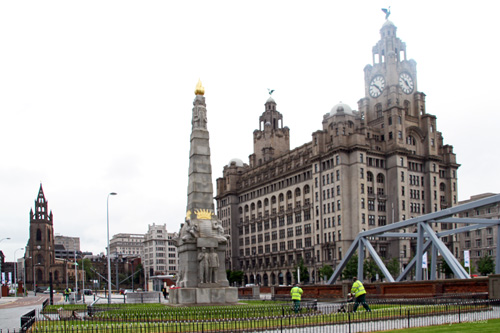 [II] ALBERT DOCK: Opened by Prince Albert in 1846. The warehouses are among the earliest example of fireproof construction. The vast scale of the warehouses and the variety of commodities that were stored in them and shipped throughout the world, demonstrate the might of Liverpool’s commercial power. These areas also offer powerful evidence of innovation in dock construction. The warehouses constitute the largest collection of Grade I listed buildings in England. The Warehouses at Albert Dock have been skillfully adapted to new uses like shops, restaurants, bars, hotels, and museums like Tate Liverpool, The Beatles Story and the Merseyside Maritime Museum. 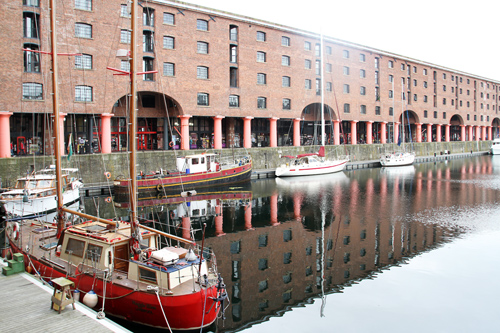 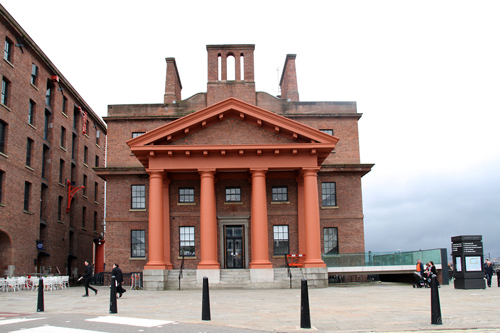 [III] STANLEY DOCK: Redundant historic dock, and is closed to the public, except occasionally opened. I did not have tie to even go near it. So no images. [IV] CASTLE STREET: The historic commercial center of the city. It is still home to many banks, shipping-line headquarters, marine insurance companies, produce exchanges and warehouses, as well as the city’s Georgian Town Hall. Liverpool is a city
built on trade and this is the area where business was historically conducted. It has a wide rage of architecturally significant buildings like cast iron framed Oriel Chambers, steel frame Royal Insurance building, and American influenced India buildings. Liverpool Town Hall is also in this area. 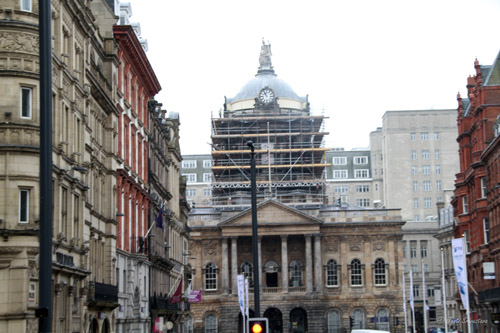 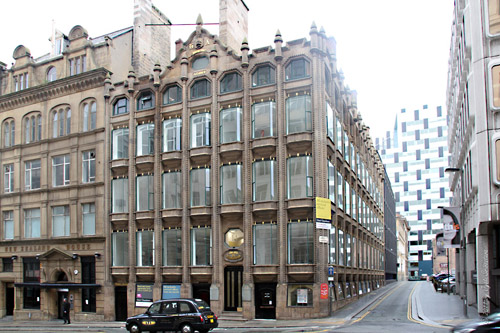 [V] WILLIAM BROWN STREET: Created in the mid 19th century as a Victorian cultural center of the city. It demonstrates the city’s aspiration to emulate the culture of ancient Athens and Rome. It is the first sight that passengers arriving from Lime Street Station see and became the city’s major gateway for arrivals on land. Its frontage has recently been restored and a stunning new piazza in front of the station has opened up views of the magnificent St.George’s Hall. Other significant buildings include World Museum Liverpool and Walker Art Gallery. It also includes St. John’s garden. 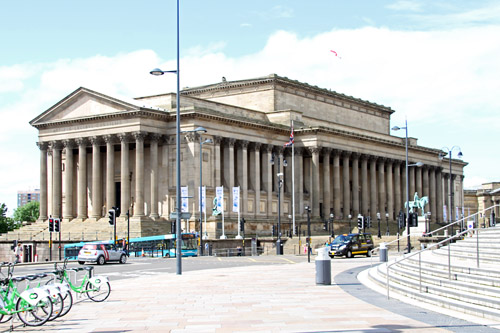 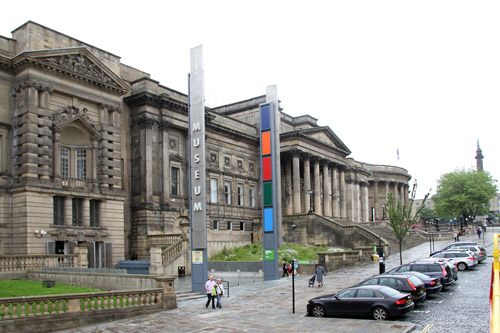 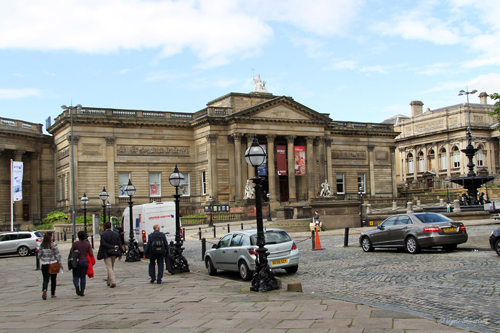 [VI] LOWER DUKE STREET: This is the area of early merchants houses and warehouses. Important buildings in this area includes the Bluecoat building, The Bridwell building and the Royal Institution.

Of the important World Heritage Site related buildings in Liverpool, the few buildings I could not see were all in two areas Stanley Dock [Stanley Dock Warehouse, Leeds and Liverpool Canal Locks,and the Dock Wall] and Lower Duke Street [Bluecoat building, The Bridwell building and the Royal Institution]. That’s pretty good coverage for a day-trip!!!