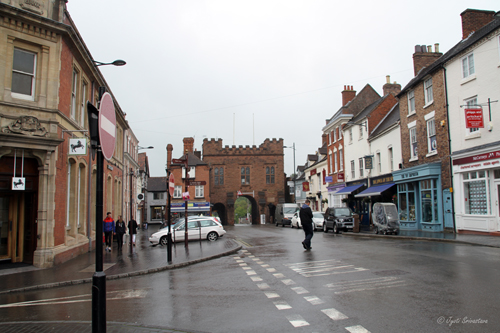 Bridgnorth is a town in Shropshire, England, situated on the Severn Valley. It is split into High Town and Low Town, named on account of their elevations relative to the River Severn, which separates the upper town on the right bank from the lower on the left. 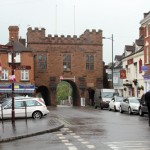 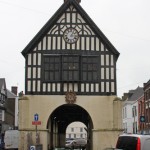 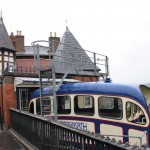 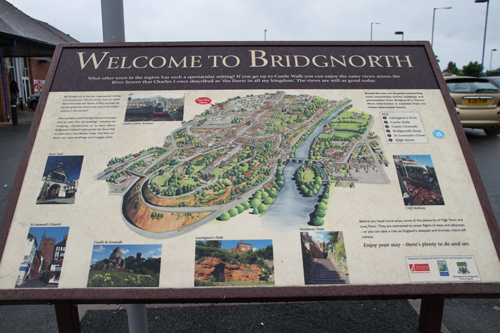 But Bridgnorth is not just a spectacular setting, it is famous too. Did you know that our castle leans more than the Tower of Pisa? 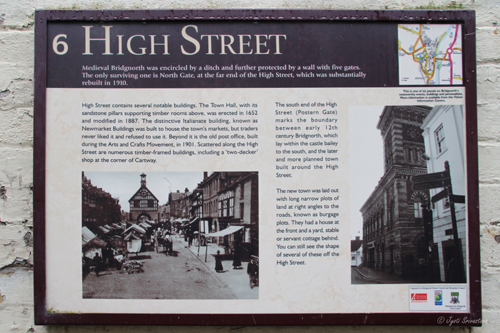 Bridgnorth High Street.
It contains several notable buildings.  The Town Hall with its sandstone pillars supporting timber rooms above was erected in 1652 and modifies in 1887.Old Post Office built during the Arts and Crafts Movement, in 1901. Scattered along the High Street are numerous timber framed buildings. On the south end of the High Street is the [Postern Gate] marks the boundary between the 12th century Bridgnorth [which lay within the castle bailey to the south], and more planned town along the High Street. The new town was laid out with narrow plots of land at right angles to the road known as burgage plots. They had a house at the front and a yard, stable or servant cottage behind. 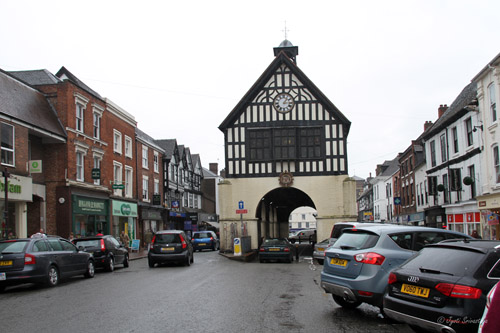 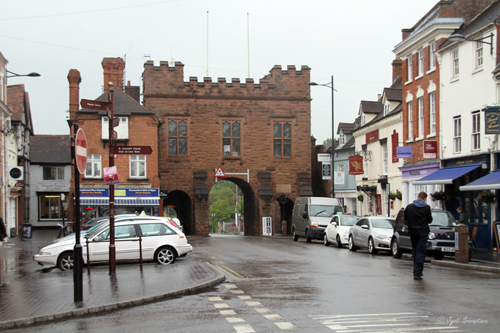 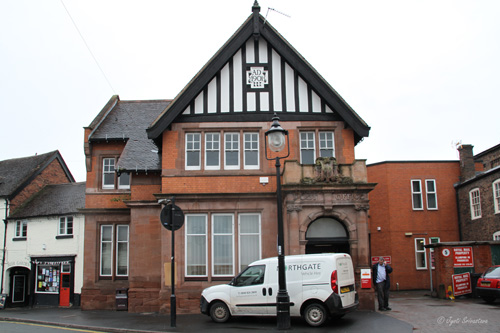 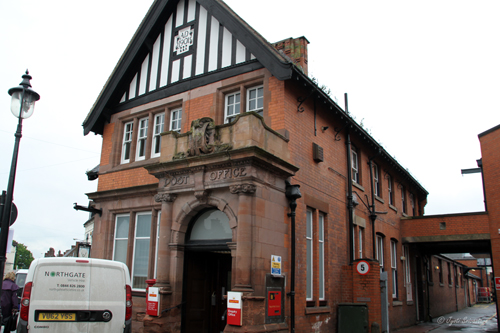 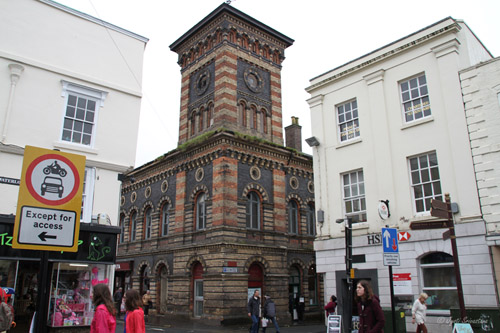 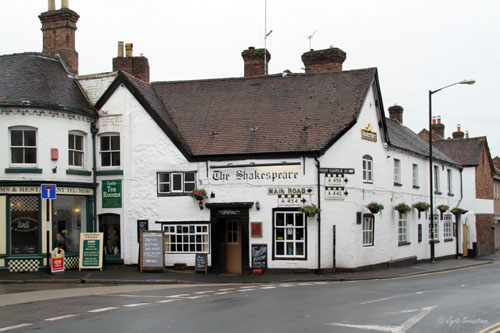 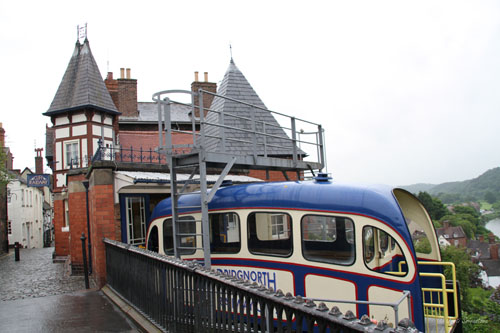 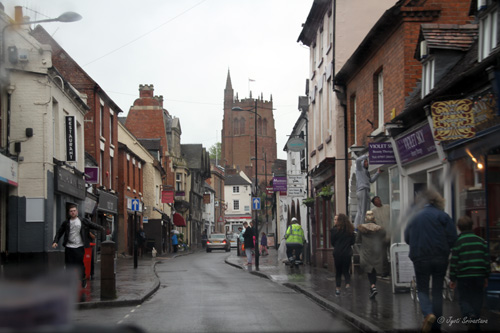