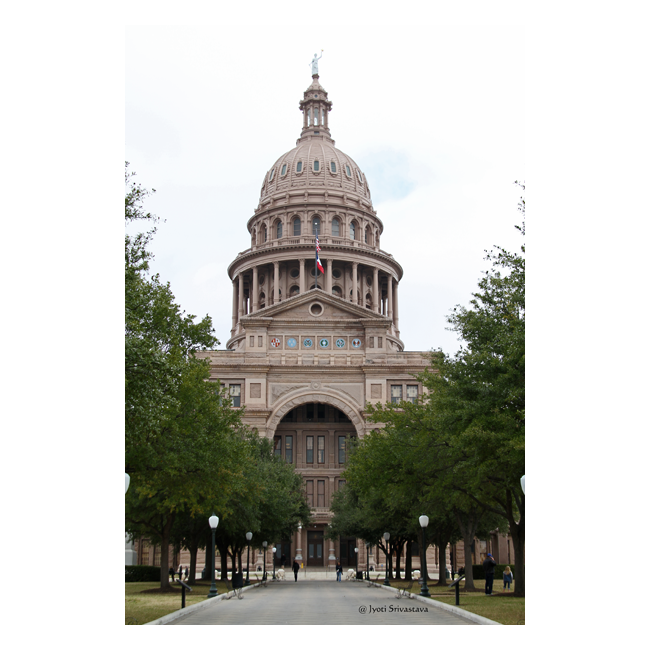 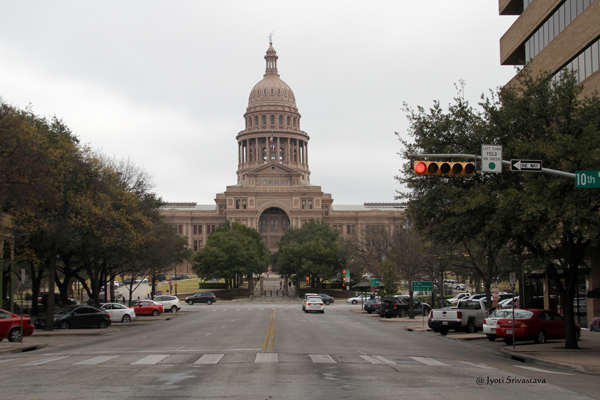 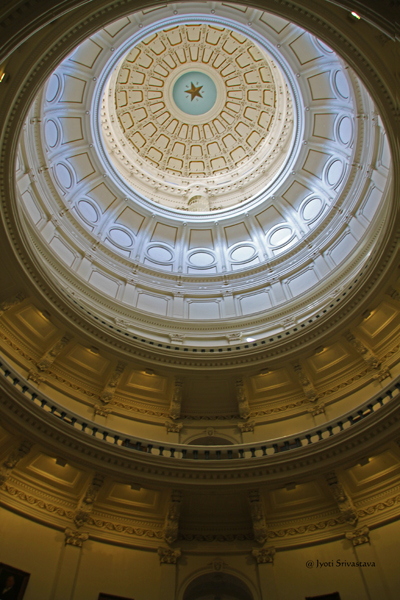 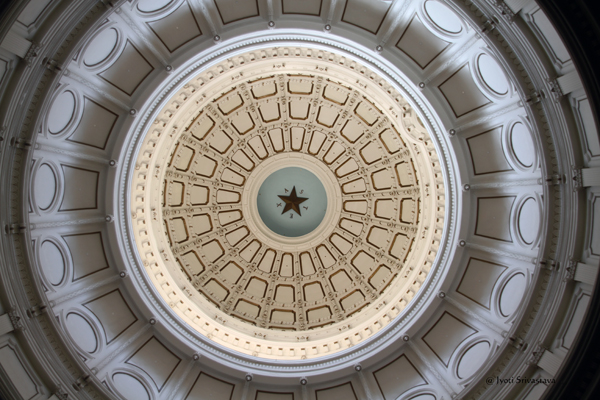 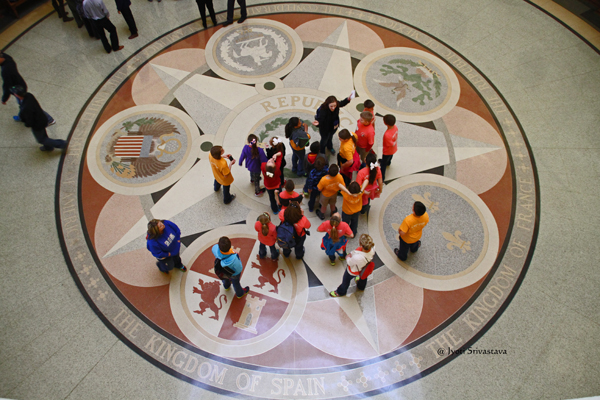 The first floor of the rotunda features the Great Seal of the Republic of Texas. The seals of the six sovereign nations that governed all or parts of Texas before its independence surround the Republic’s symbol. 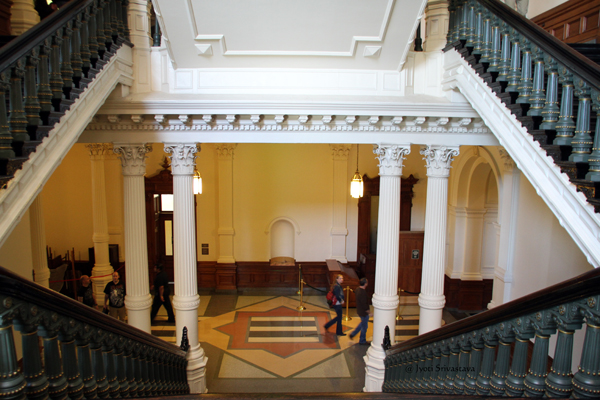 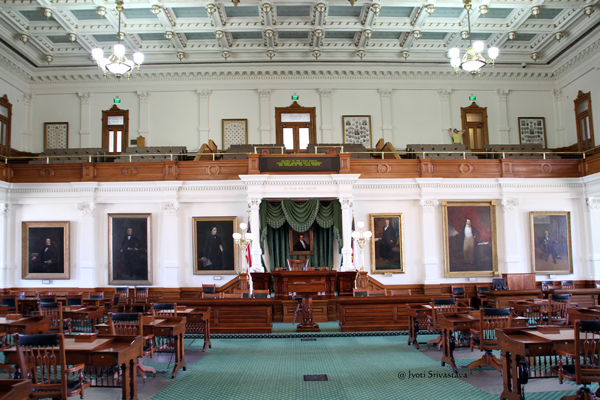 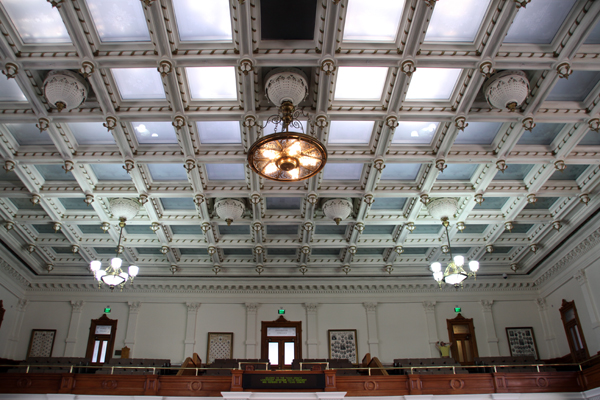 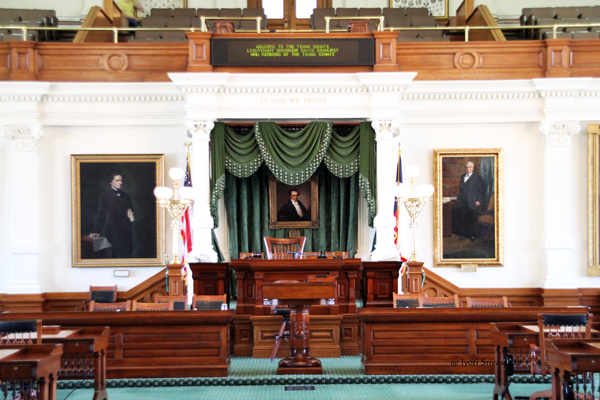 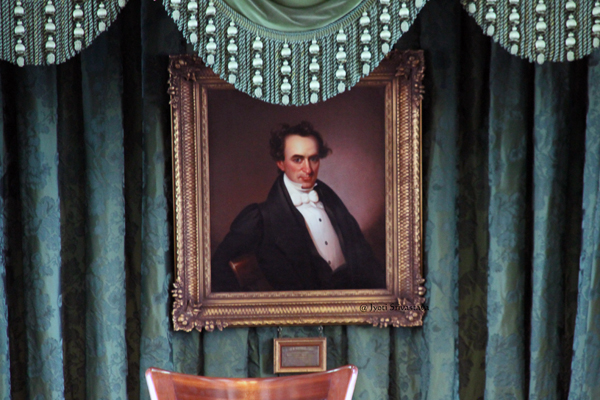 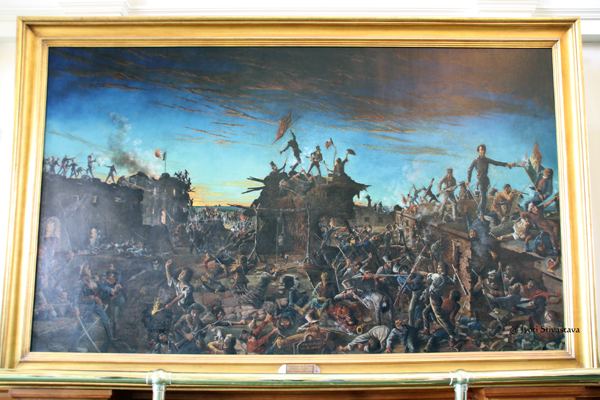 At the back of the Senate Chamber hang two of the most impressive and historically significant works of art in the entire Capitol: Dawn at the Alamo and The Battle of San Jacinto. Both massive canvases were painted by Henry McArdle (1836-1908), an Irish-born artist who moved to Texas after the Civil War. 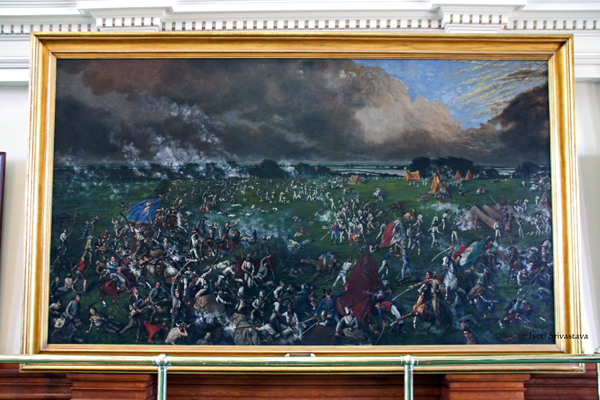 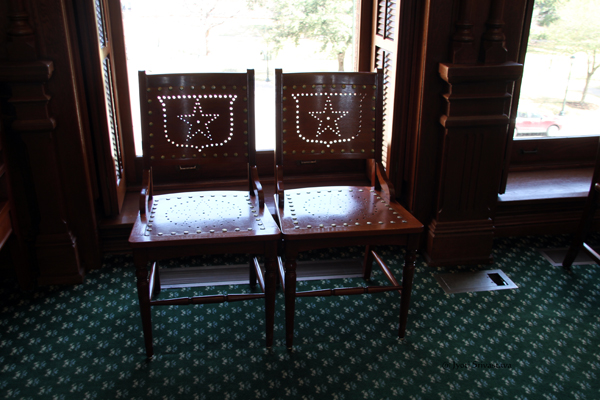 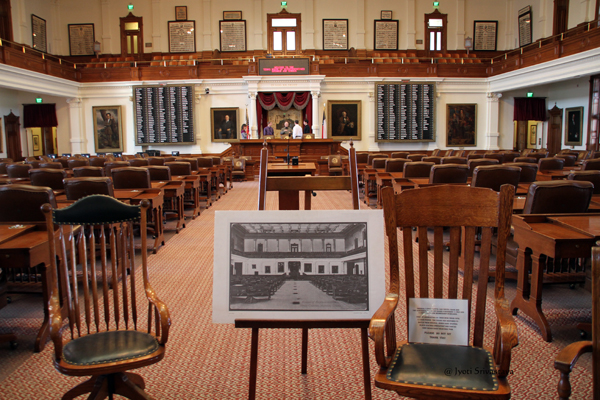 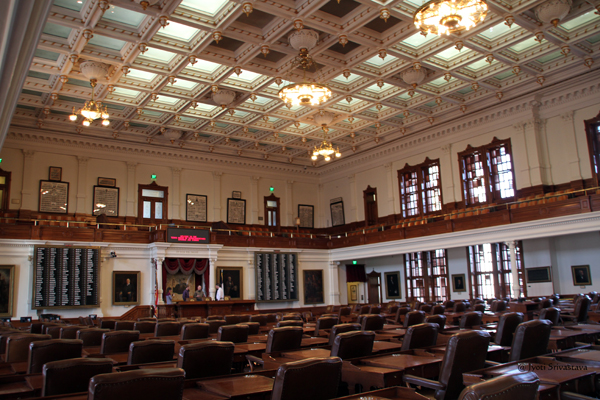 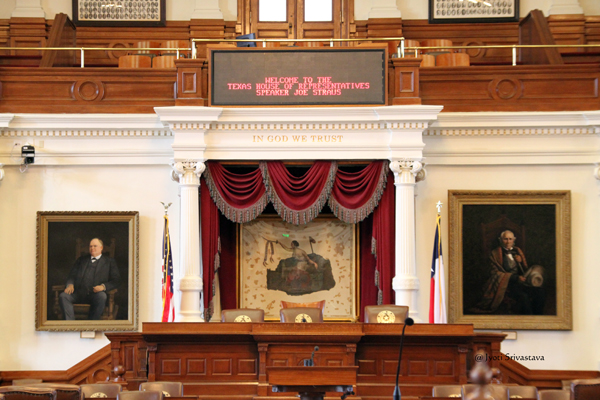 San Jacinto Battle Flag hangs behind the desk of the Speaker of the House. It is a carefully conserved artifact from the Battle of San Jacinto. On April 21, 1836, this silk flag was carried into battle by Kentucky volunteers under the command of Captain Sidney Sherman, and bore witness to the bloody fighting that resulted in a Texas victory over General Santa Anna’s army and the state’s independence from Mexico. The tattered battle flag was donated to the state of Texas by Sherman’s descendants in 1896, restored in the 1930s, and further conserved in 1989 and 1990. To protect the fragile flag, the original is on display in the House chamber only when the legislature is in session. At other times, a replica hangs in its place. 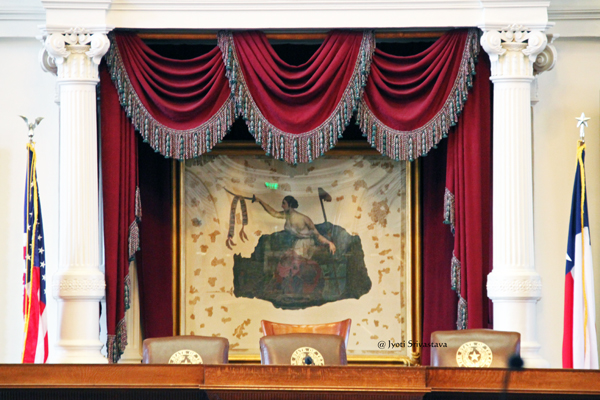 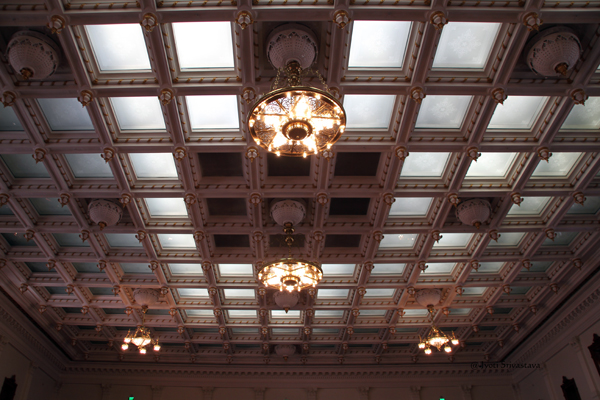 Two large brass chandeliers suspended over the representatives’ desks were custom-designed for the Capitol when permanent electric lighting was installed in 1890. Like the other architectural details in the building, these fixtures are marvels of beauty and craftsmanship, designed to the smallest detail. But they also add a dash of glamour to the stately room. Look carefully and you’ll see that the lightbulbs in each arm of the five-pointed star design are arranged to form a letter. What do the five lightbulb letters spell? TEXAS. 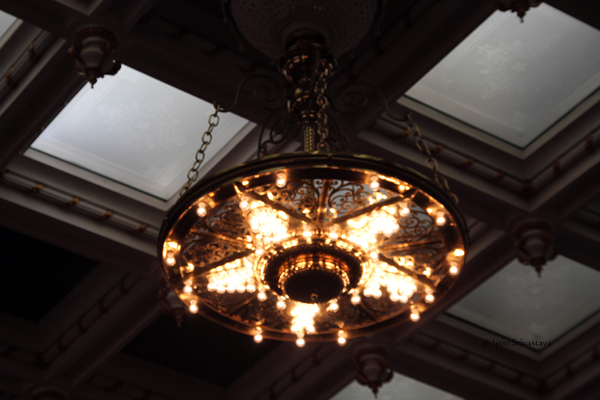 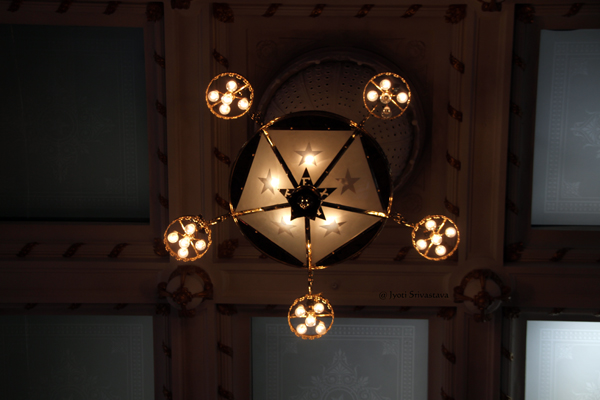 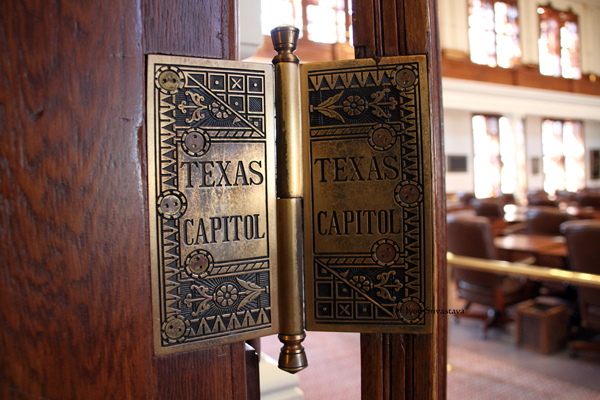 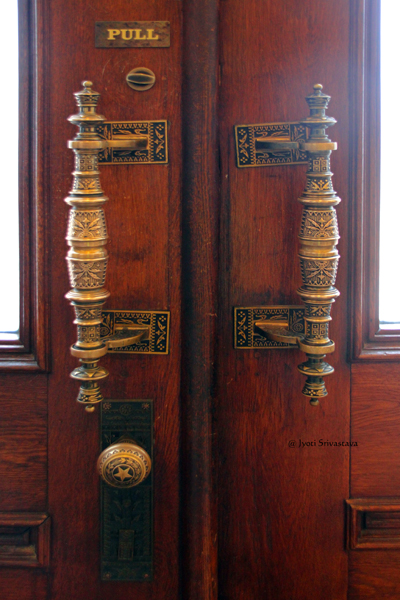 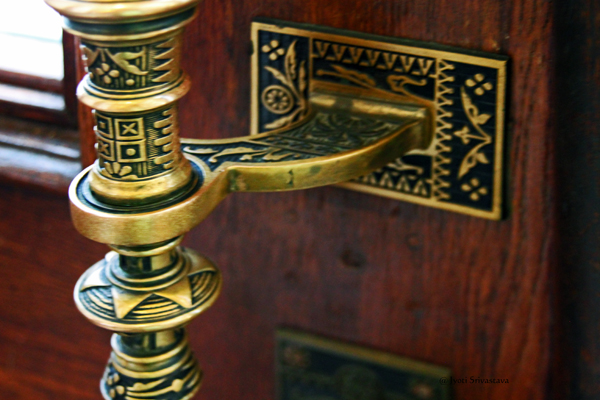 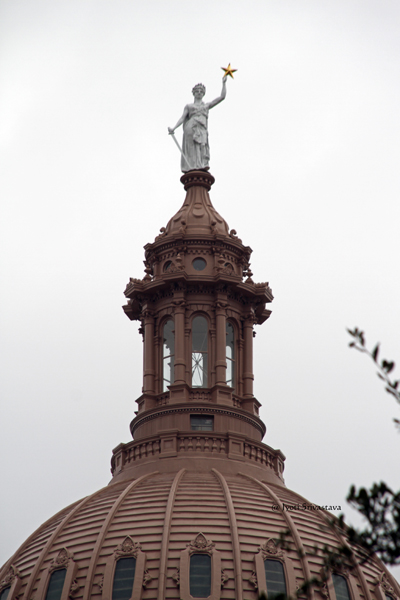 Goddess of Liberty – Crowning the dome of the Texas State Capitol, with sword of justice in one hand and a gilded Lone Star in the othe. The Goddess has watched over Texas since 1888. Based on Greek and Roman architectural details, the Goddess of Liberty was designed by Detroit’s Elijah E. Myers, architect of the Texas Capitol, and was included in his original contest drawings submitted in 1881. The Texas Goddess is probably based on similar 19th century statues of the Greek goddess Athena and represents truth, justice, and art.

[1] The Texas State Capitol is the largest in gross square footage of all state capitols.
[2] In one of the largest barter transactions in history, the builders of the Texas State Capitol were given 3 million acres of land as payment for their work. The 3 million acres become the largest cattle ranch in the world.
[3] Considered such a beautiful example of late 19th century architecture, there are laws prohibiting obstructing the view of the building.
[4] The Texas State Capitol is the second largest Capitol in the entire nation; second only to the United States Capitol in Washington, D.C.
[5] Standing at 308 ft tall the Texas State Capitol is 19 feet taller than the United States Captiol which is only 289 ft tall.
[6] The spiral staircase leading to the dome lantern is one of the original staircases.
[7] “Sunset red” granite was quarried for the external structural walls a mere 50 miles from the construction site.
[8] On the grounds are 17 monuments, including monuments of Confederate Soldiers, Volunteer Firemen, and a replica of the Statue of Liberty.
[9] Even the minor details were important. Beautifully carved wooden doors were hinged with custom bronze hinges.
[10] The rotunda is a whispering gallery.