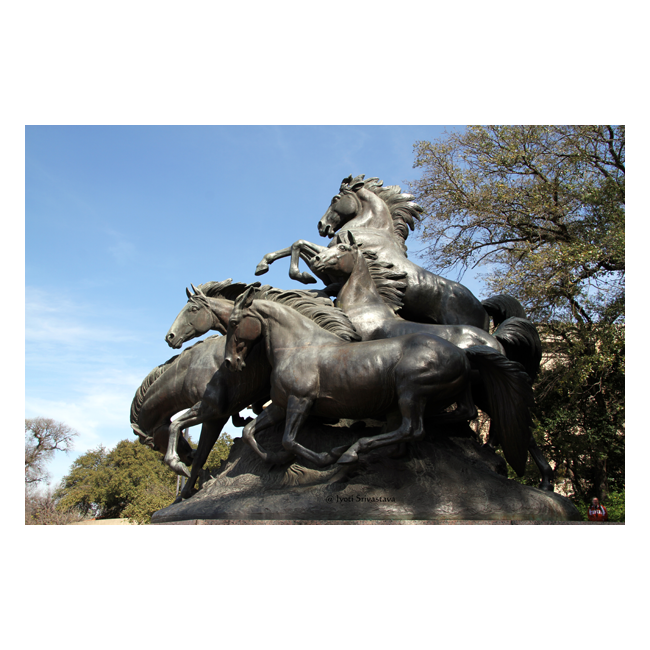 Also known as The Seven Mustangs.

Location: University of Texas at Austin campus in Austin, Texas, in the United States.

Location: Back entrance of the Texas State Museum at the University of Texas at Austin’s main campus. 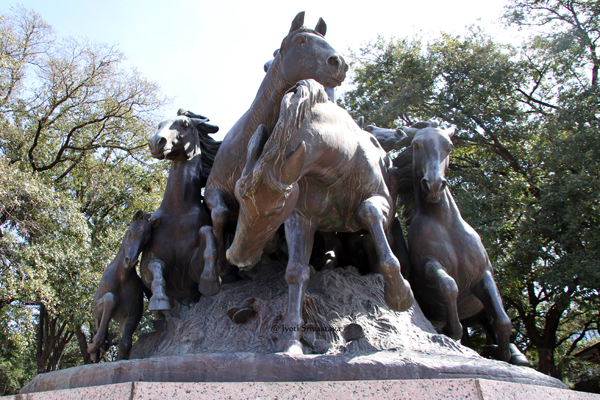 MUSTANGS : They carried the men who made Texas

Presenter to the people of Texas by Ralph Rogers Ogden and Ethel Ogden.

These horses bore Spanish explorers across two continents. They brought to the plains Indians the age of horse culture. Texas cowboys rode them to extend the ranching occupation clear to the plains of Alberta. Spanish horse, Texas cow pony, and mustang were all one in those times when, as sayings went, a man was no better than his horse, and a man of foot was no man at all. Like the longhorn, the mustang has been virtually bred out of existence. But mustang horses will always symbolizewestern frontiers, long trails of longhorn herds, seas of pristine grass, and men riding free in a free land.
– J. Frank Dobie 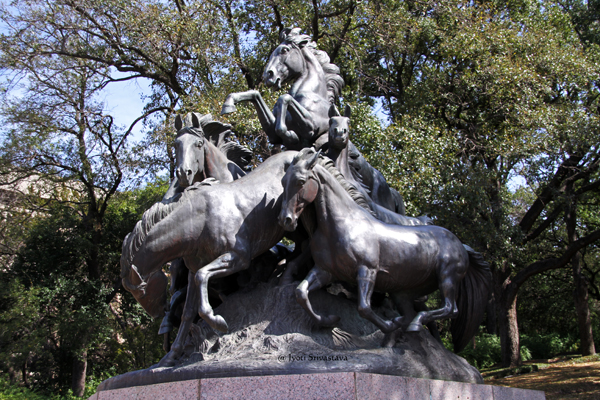 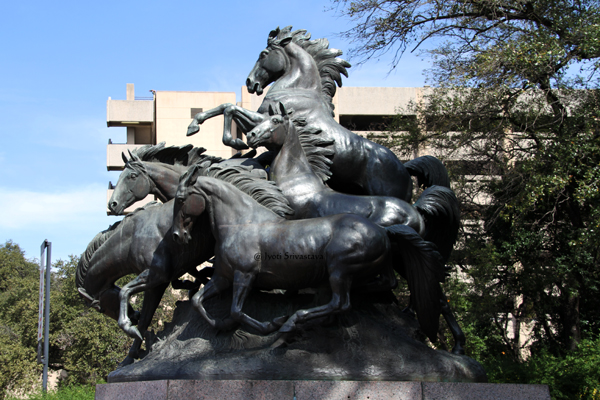 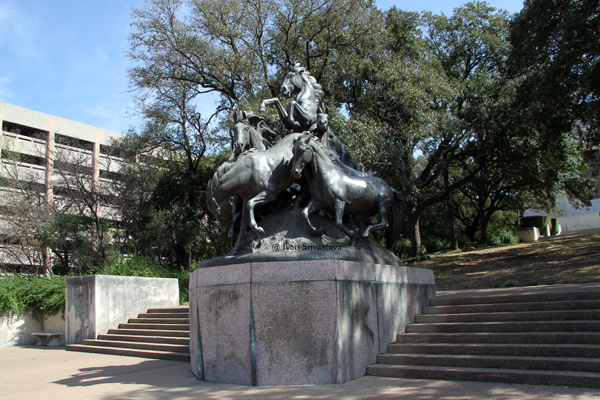 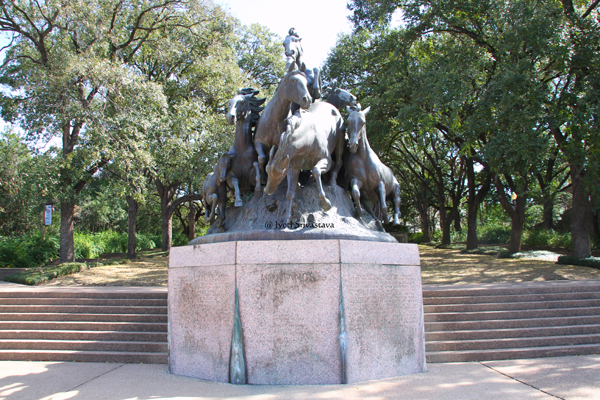 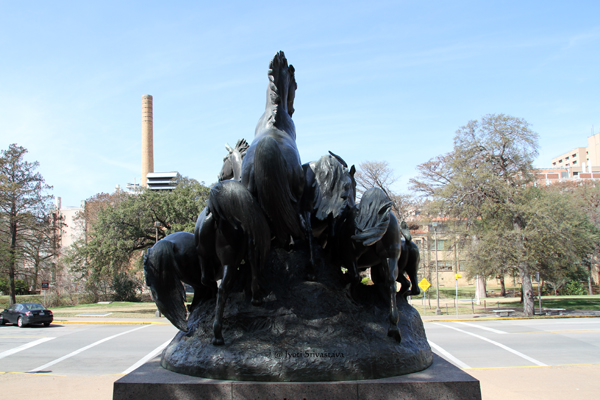 The sculptor Alexander Phimister Proctor was an American sculptor with the reputation as one of the nation’s foremost animaliers. A sculptor of the “old school,” Proctor resisted even the vestiges of modernism that many of his contemporaries adopted. Examples of his legacy are scattered from coast to coast throughout America. Proctor’s works showing the animals and peoples of frontier America remain popular and as vital today as when he produced them. 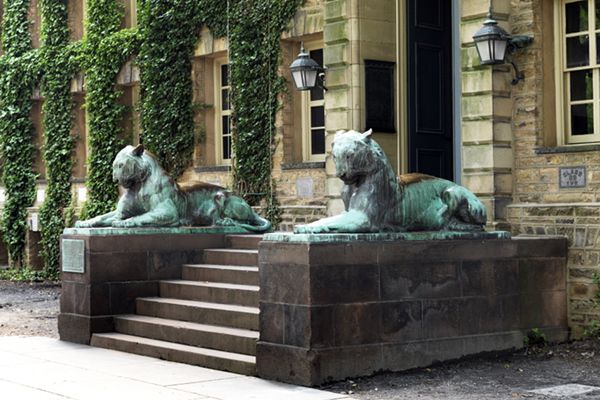 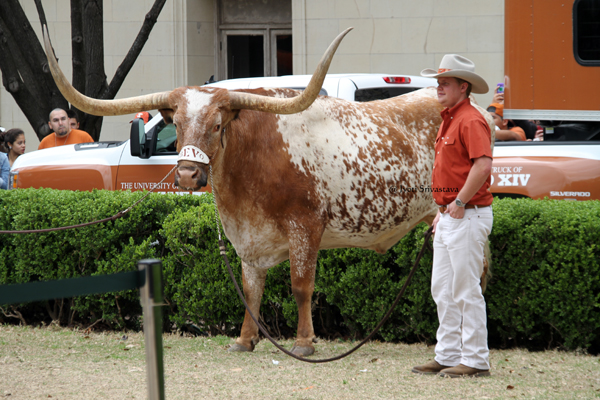 Btw, while at the University campus, I also saw Texas Longhorn Steer. Bevo is the mascot of the athletic programs at the University of Texas at Austin. Bevo is a Texas longhorn steer with burnt orange coloring. The shape of the Longhorn’s head and horns gives rise to the school’s hand symbol and saying: “Hook ’em Horns”.