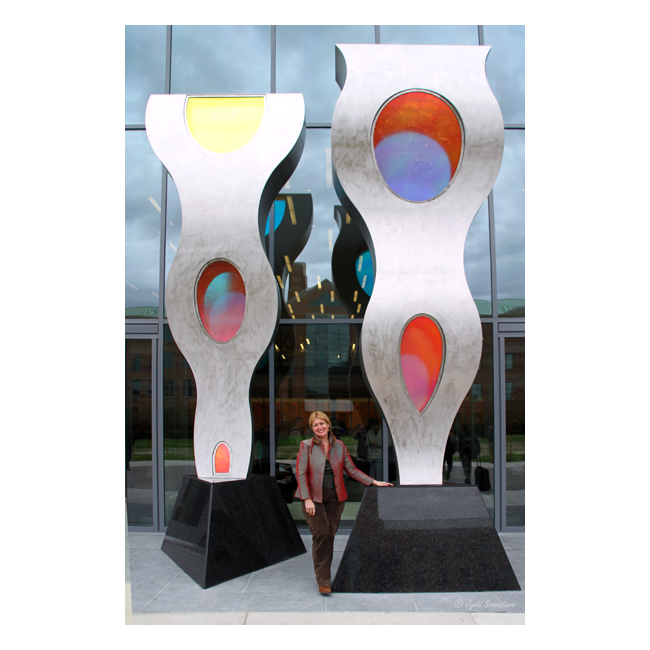 Location: Electrical and Computer Engineering [ECE] building at the University of Illinois.
306 N Wright St Urbana, IL 61801, at the entrance from the quad side of the building.

Commission by Capital Development Board of Illinois Art-In-Architecture program. 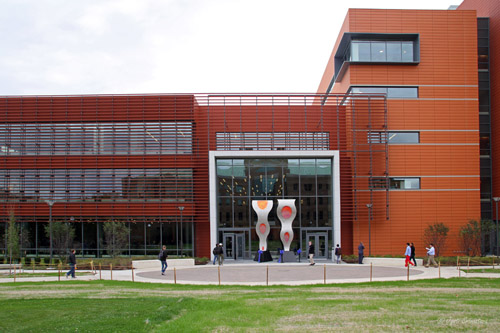 On October 10, 2014: As part of the dedication of the newly constructed Electrical and Computer Engineering [ECE] building, two sculptures, “Amplifiers” and “Diss-Connections,” were unveiled to the public. There was a short dedication ceremony, where Professor George Gross, chairman of the Illinois Art-In-Architecture committee that commissioned the work, introduced the sculptors. The sculptures by commissioned by the Capital Development Board “Art-in-Architecture” program to promote and preserve the arts by commissioning works of art for public buildings. At the east entrance of the building stands “Amplifiers” piece by Nicole Beck, and the the Wright Street entrance is “Diss-Connections” by John Adduci. 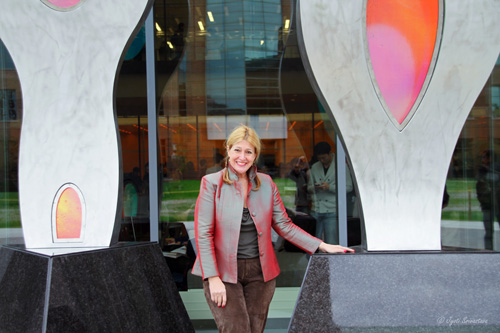 The shape of the windows of the sculptures mimic the light emission pulses from two electrons oscillating along the axis of a LED.

The concept behind the sculpture “Amplifiers” is rooted in the history of the site, of the Department of Electrical and Computer Engineering [ECE] at the University of Illinois at Urbana Champaign [UIUC] and its amazing professors and grad students over many decades as one of the top universities of ECE throughout the world. These two anthropomorphic forms are in honor of Professors Emeriti, John Bardeen and Nick Holonyak, Jr. and their collaborative work that spawned the discovery of groundbreaking electronics at UIUC ECE. The transistor was discovered at UIUC ECE by Prof. John Bardeen and his first grad student, Nick Holonyak, Jr. later discovered the LED and was then invited to teach at UIUC ECE. He and his grad students made many subsequent advances in LED technology over the decades university of Illinois at Urbana. The sculpture honors their joint discoveries.

The two side-by-side sculptures celebrates the collaboration between great minds. In formation of the concept for the site, Nicole had extensive communications with UIUC ECE Professor John Michael Dellasasse who was once a grad student of Holoyank’s. She also worked very closely with UIUC ECE student Brady Salz, an analog‐input & lighting specialist, who assisted with programming the LEDs.

October 10, 2014 was an important day at the University of Illinois at Urbana, as there were three dedications that look place:  [I] the new Electrical and Computer Engineering [ECE] building, and two sculptures at the entrance of the building, [II] “Amplifiers” by Nicole Beck [from the quad entrance to the ECE bldg.] and [III] “Dis-Connections” by John Adduci [from Wright Street entrance to the ECE bldg.]. Both the sculptures were commissioned by Capital Development Board of Illinois Art-In-Architecture program.

Above video shows the speech at the Dedicated of Amplifiers on October 10, 2014.

Some Images from dedication of the sculpture on October 10, 2014 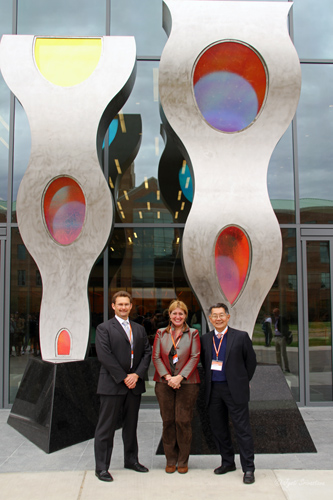 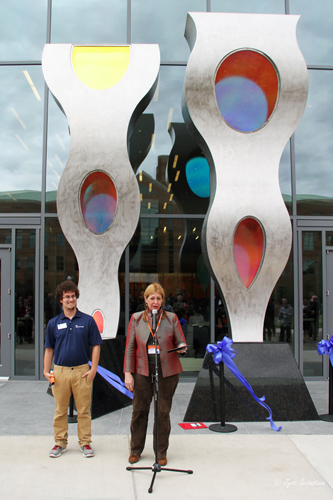 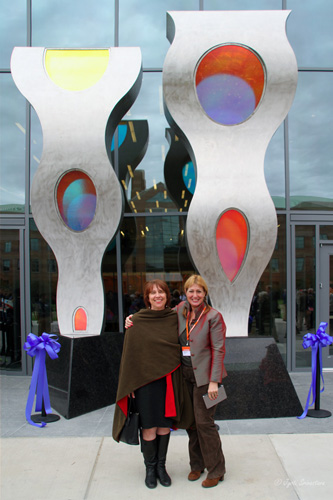 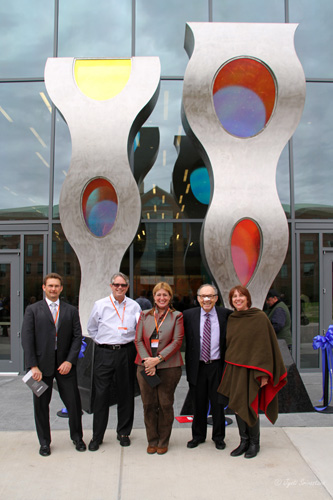 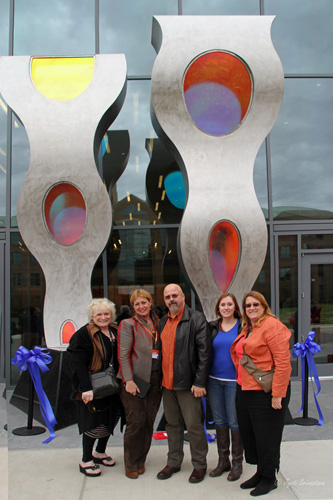 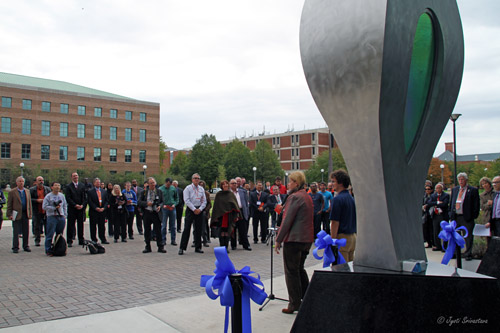 Unveiling of Amplifiers – by Nicole Beck 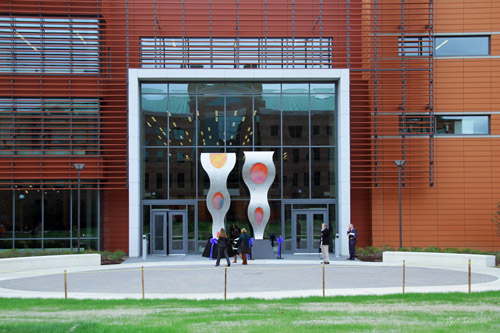 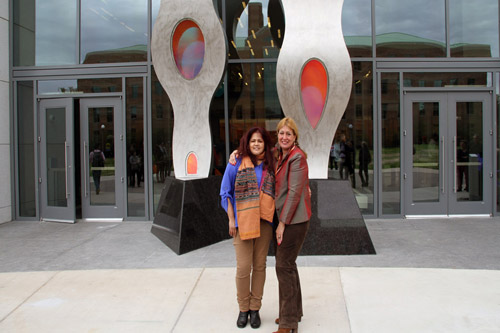 Nicole Beck and yours sincerely / Photo by Michael Diblik