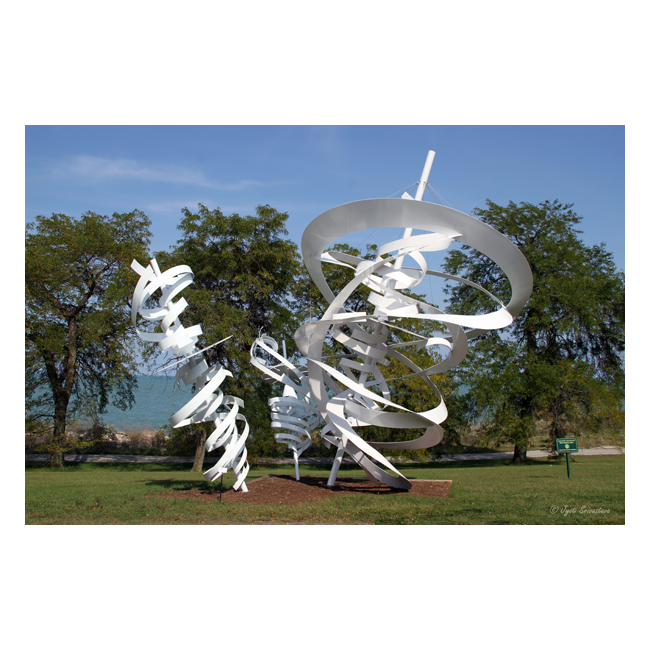 Art in Action Chicago: is a collaboration between Chicago Park District [CPD],
and Chicago Department of Cultural Affairs and Special Events [DCASE].

In the year 2014, eight new sculptures were installed in locations across Chicago, including Kenwood, Palmisano Park, Museum Park Campus. These public art installations are part of Mayor Rahm Emanuel’s efforts to bring public art directly to Chicago neighborhoods and fits into his citywide vision for art and culture, as outlined under the Chicago Cultural Plan.

In a press release, Mayor Emanuel said.. click here..
“Public art installations allow Chicagoans to be active participants in arts and culture, and as part of the Chicago Cultural Plan, we’ve made progress on a number of fronts to bring the arts directly to Chicago neighborhoods. From Sculpture on the Boulevards to art installations on the lake front to more than 1,000 events through Night out in the Parks, we’re embracing the City’s thriving arts community and making it more accessible to all residents in neighborhoods throughout the City.”

“We are excited to enhance Chicago’s cultural offerings and access to public art with these installations,” said Michael P. Kelly, General Superintendent of the Chicago Park District. “Residents and tourists alike can enjoy these in free public areas.”

Each artist donated their artwork for display and the Park District covered the installation costs. 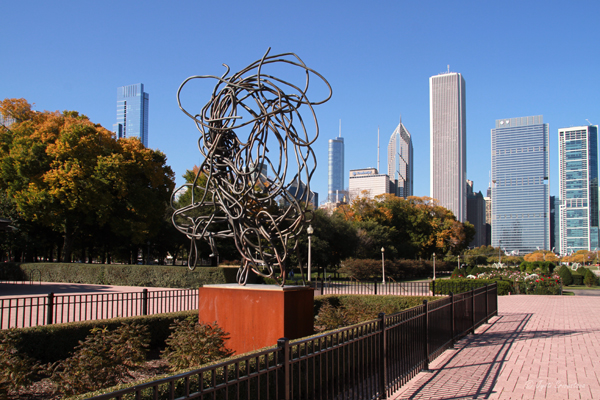 The three-dimensional piece executed in bronze is based on wire he found in Texas. This sculpture was first exhibited as part of the artist’s retrospective at the Solomon R. Guggenheim Museum in the fall of 2013, where it was displayed outside in front of the museum; the exhibition then traveled to the Art Institute of Chicago in February 2014 where it was displayed in the Rice Pavilion. For more.. click here.. 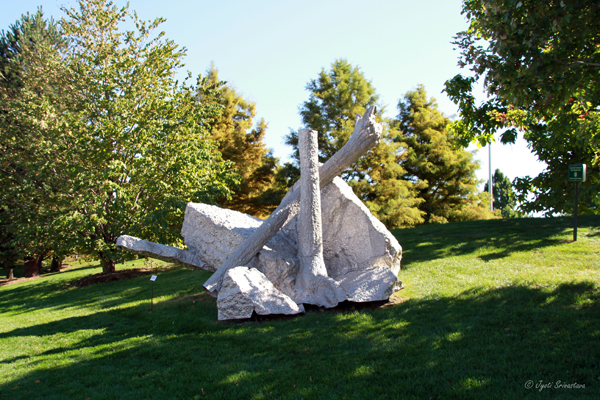 “Nature’s Clock” is located on the Museum Park Campus at the intersection of McFetridge and Museum Drive. This piece fits a set of boulder and tree forms snugly into the lawn like a forest in the garden. Trees in the piece cross as if hands on a clock suggest that time is ticking. Robert Lobe also installed “Eastern Hophornbeam” at Diversey Harbor Inlet North. The artist describes the sculpture’s embracing limbs as “lovers in the forest.” 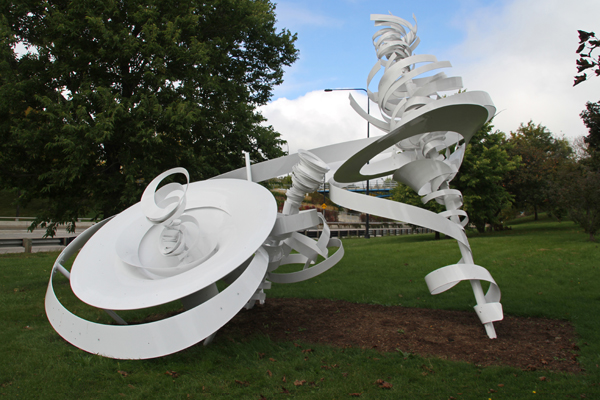 Indira Johnson has two installations from Ten Thousand Ripples, a collaborate public art project centered around fiberglass and cement Buddha sculptures that represent peace. One installation is located in Palmisano Park and the other in Lincoln Park at Diversey/Lakeshore Drive Greenway south of Diversey.

The Watch by Hebru Brantley which was installed just north of the Field Museum along Lake Shore Drive, in May 2014; was vandalized in July 2014. It featuring 13 brightly colored sculptures were inspired by the Tuskegee Airmen [the first African-American military aviators in the United States armed forces who fought in World War II], and featured his signature Fly Boys and Girls. While only seven of the 13 sculptures were damaged, all 13 of the sculptures were removed by the Chicago Park District as a precaution. The Watch was previously showcased during Chicago Ideas Week in the Pioneer Court.. click here... Hebru Brantly also had an exhibition “Parade Day Rain” at Chicago Cultural Center from June 14 to September 23, 2014.

In addition, on May 16, 2014, Mayor Emanuel, Chicago Park District [CPD] and Chicago Sculpture International [CSI] announced the Chicago Tree Project. It commissioned local artists to turn dead or dying trees that are infested with Emerald Ash Borer or other bugs and diseases into living public art in Chicago parks… For more, click here..

Also, in 2014, EXPO CHICAGO partnered with the Chicago Park District [CPD] and Chicago Department of Cultural Affairs and Special Events [DCASE] to present the inaugural IN/SITU Outside. In the term “IN/SITU Outside”, the word “outside” is important here, as it features installations outside of Expo Chicago venue at Navy Pier. In a major addition to Chicago’s artistic landscape, internationally acclaimed Chinese contemporary artist Ai Weiwei’s “Circle of Animals/Zodiac Heads: Bronze” was installed at the Adler Planetarium plaza (1300 S. Lake Shore Dr.). The twelve bronze animal heads representing the traditional Chinese zodiac that once adorned the famed fountain-clock of the Yuanming Yuan (Old Summer Palace) are the centerpiece of a global, multi-year touring exhibition presented in the United States, Europe, and Asia. For more on Zodiac Heads by Ai Weiwei.. click here..
In addition, EXPO 2014 IN/SITU Outside, presented artist Michael Rakowitz (Rhona Hoffman Gallery) work, “Every Weapon is a Tool if You Hold It Right” displayed on the dock of Navy Pier.

Last year [2013], the Art in Action, Chicago’s public art installation included Hot Rod by Orly Genger, along the lakefront trail, northeast of Lake Shore Drive and Monroe Street. Hot Rod was a large-scale installation made from recycled lobster rope. The rope was knotted, painted a vibrant red, and measures approximately 200-ft. long by 8-ft. tall. Orly Genger is a New York City-based artist who attended the School of the Art Institute in Chicago. She has exhibited internationally and is represented by Larissa Goldston.