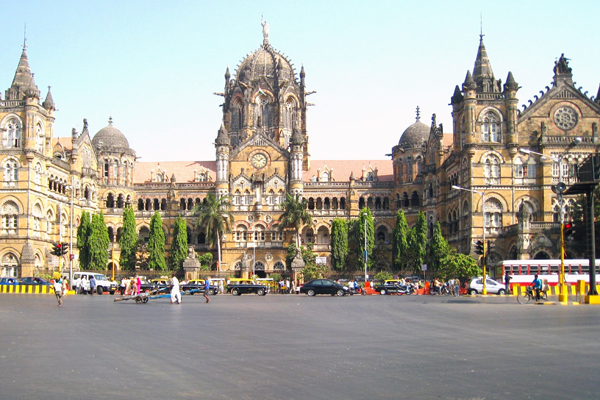 The site was inscribed on the World Heritage List in 2004. 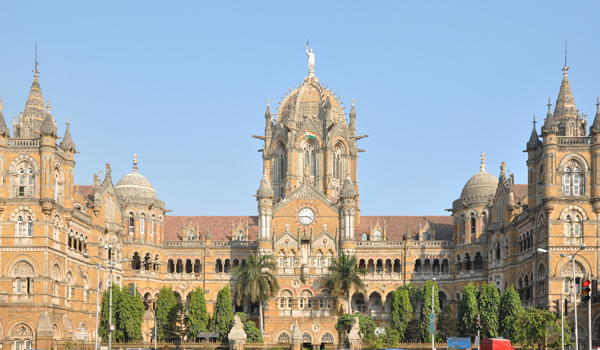 The building was originally called Victoria Terminus [VT], named after the then reigning Queen and Empress Victoria. It was opened on the date of her Golden Jubilee in 1887.  In 1996, in response to demands by the Shiv Sena and in keeping with the policy of renaming locations with Indian names, the station was renamed by the state government after Chatrapati Shivaji, the famed 17th-century Maratha king. Now the name is shortened to CST.

Chhatrapati Shivaji Terminus serves as the headquarters of the Central Railways. It is one of the busiest railway stations in India, and serves Central Railway trains terminating in Mumbai as well as the Mumbai Suburban Railway.

Chhatrapati Shivaji Terminus exhibits an important interchange of influences from Victorian Italianate Gothic Revival architecture, and from Indian Traditional buildings. Its remarkable stone dome, turrets, pointed arches and eccentric ground plan are close to traditional Indian palace architecture. It is an outstanding example of the fusion of two cultures, as British architects worked with Indian craftsmen to include Indian architectural tradition and idioms thus forging a new style unique to Mumbai. The stone carvings has local species of animals, flora and fauna, symbols, arched tympana, portrait roundels of human faces, and stone mesh works on the decorated rose windows.

From the World Heritage Site website.. click here..
It has carvings made in local yellow malad stones blended with Italian marble and polished granite in a few places. The architectural detailing is achieved through white limestone. The doors and windows are made of Burma teak wood with some steel windows mounted in the drum of the octagonal ribbed masonry dome with the coats of arms and corresponding paintings in stained glass panels. There are large numbers of other embellishments in statuary, which the architect has introduced in decorating the grand frontage. These further include gargoyles, allegorical grotesques carrying standards and battle-axes, and figures of relief busts representing the different castes and communities of India. In prominent places on the façade the bas-reliefs of the ten directors of the old Great Indian Peninsula Railway Company (GIPR) are shown. The entrance gates to Chhatrapati Shivaji Terminus (formerly Victoria Terminus) carry two columns, which are crowned, one with a lion (representing the United Kingdom) and the other with a tiger (representing India) and there are tympana portraying peacocks. 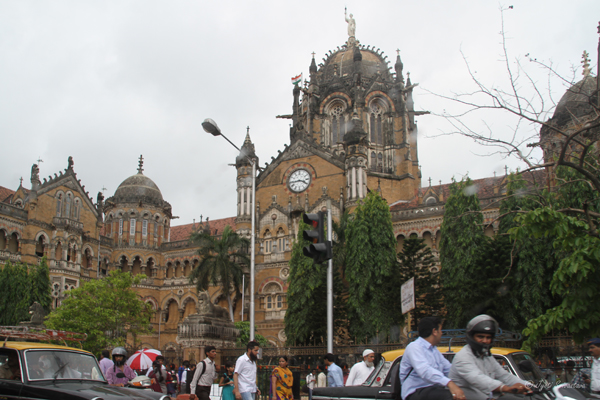 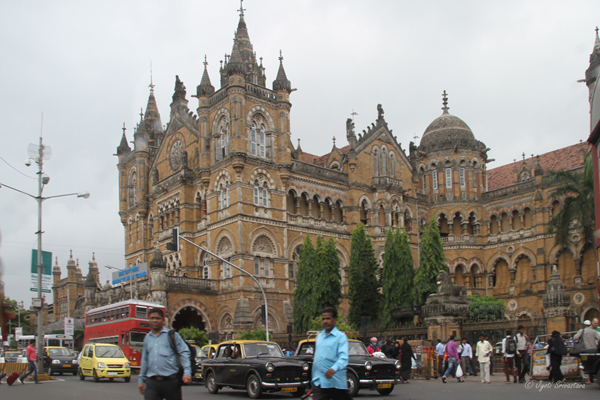